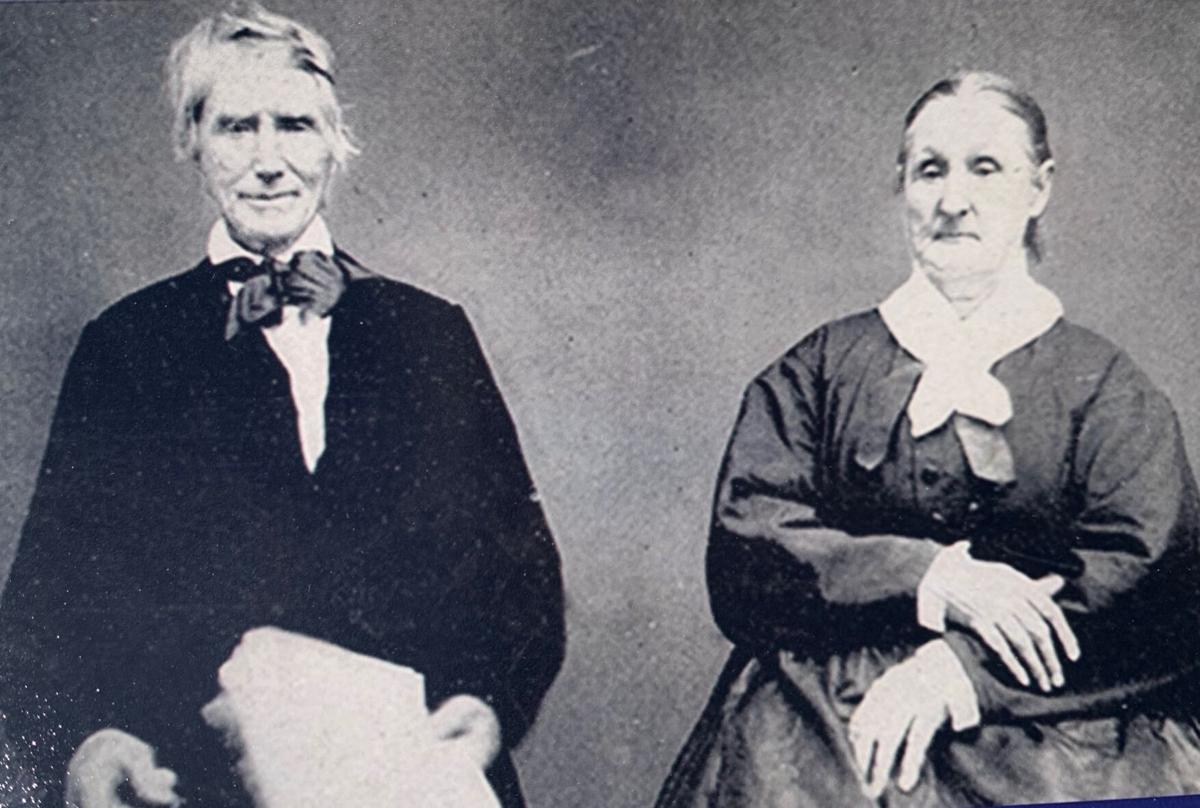 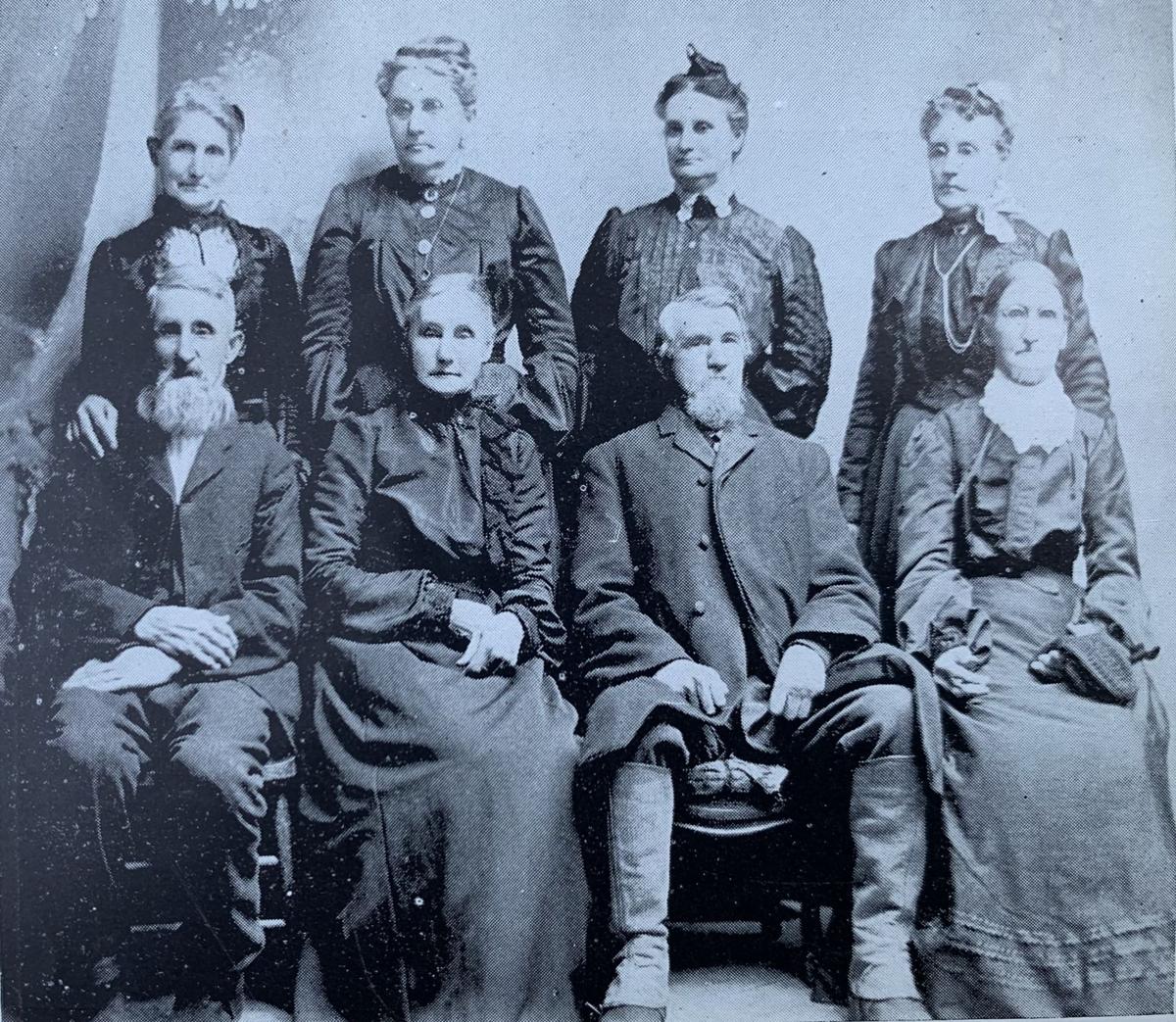 Before the first permanent European-American settler made his home in Benton County, before the town of Chicago was incorporated, and even before Benton County was founded, there was Thomas Atkinson. As a young man of 24, Thomas was tasked with the responsibility of taking a drove of cattle from near Cincinnati to the vast verdant prairie in order to graze and fatten them on the rich grasslands near Pine Creek. This was the edge of the prairie where the tall grasslands met the eastern woodlands. Then in early winter he drove the cattle to market in Philadelphia. The year was 1830. In 1832 more government land was purchased and Thomas’s herding area extended through Benton County northward to Beaver Lake. At that time the area was inhabited by Indian trappers, wolves, prairie chickens and occasional sportsmen. The town of Fowler had not been established, and the landmark location was only marked by a lone tree on the prairie.

Thomas was born in York County, Pennsylvania, and moved as a boy of 4 to Ohio with his Quaker parents. He married his soulmate, Frances Head at age 19. The couple raised 12 children in Ohio, but Thomas’s dreams of what he called the “lost lands” remained in his mind. Then in 1848, the Atkinson family, including the now grown children and their spouses left the only home they had known in Ohio and traveled via the canals to Granville. From Attica they came by wagon to Oak Grove Township. They built a cabin south of the recently formed town of Oxford. One of the daughters sewed for the ’49ers headed for the gold fields in California, but the Atkinson treasure was in Benton and Warren Counties.

The Atkinson family is fortunate to have many accounts of their pioneer forefathers and mothers, but one of the most captivating is an autobiography Thomas dictated to his granddaughter Leora Whinery Thomas. It begins, “If thee will be my amanuensis, I will relate to thee the chief events of my career, to the best of my recollection, and when my earth life is ended thee may finish the story for me and have it published. I should like all my grandchildren to know as intimately as thee does what manner of man I am.” Interesting recollections of the times are preserved in the 1927 History of Thomas Atkinson and His family. It is reprinted in The Baldwins of Early Benton County Indiana.

Thomas, or Uncle Tommy as he was affectionately known later in life, tells about his childhood, a life of poverty and hard work, dressing in buckskin and his first linen suit for his wedding with flax he grew himself. He bought land, farmed, and raised cattle. He was a very good friend of and trusted by the Indians, who respected him as an adherent of William Penn. In fact, he was quite instrumental in averting an uprising near Independence. He never carried a weapon, and he believed all things should be settled with arbitration.

He was one of the first commissioners of Benton County, and 1864 he was elected as the first Representative for Benton and White Counties to the Lower House of the Indiana State Assembly. He walked to Indianapolis to serve. He was most proud of directing a bill through the Legislature which gave Blacks the right to testify in court. He was dismissed from the Quaker Society, however, for his involvement in politics and community affairs.

Leora finishes the biography with, “My grandfather’s creed was the Eternal Fatherhood of God and the Universal Brotherhood of Man; his doctrine was to overcome evil with good. No purer, sweeter, truer moral life was ever merged into the Infinite than that which his faith enabled him to live. As a man thinketh in his own heart, so is he.”

By the time Thomas and Frances passed away within 4 days of each other in 1892, they had over 100 descendants. How many are there now? Are you one? Join us for the Atkinson Reunion June 27 at Old Academy Park in Oxford where we will share a meal, visit the Edge of the Prairie, pay our respects at Justus Cemetery and tour the Earl and Pearl Atkinson town home which is on the Wabash Valley Historical Trust.

There were 12 children, 8 of whom are pictured

WESTFALL: What is likelihood of drought developing?

BOB AT THE MOVIES: Don't pass up chance to see delightful 'In the Heights'

These sons, daughters and grandchildren became respected leaders in the community too. Robert Atkinson’s name is inscribed in the Fowler County Seat, and Atkinson Station was built by Cephas Atkinson, one of the so-called Kings of the Prairie. It is where Benton Central and Prairie Crossing Schools are now located