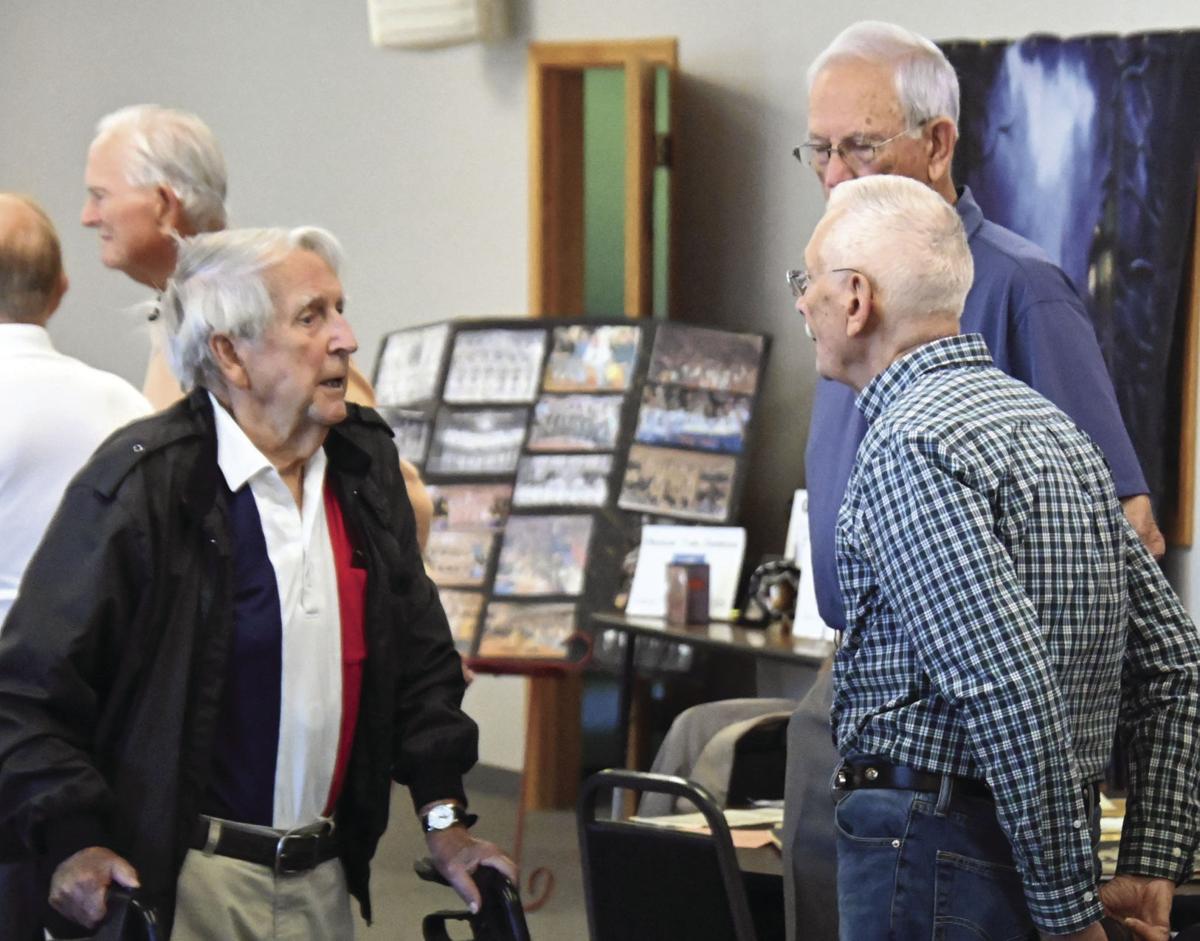 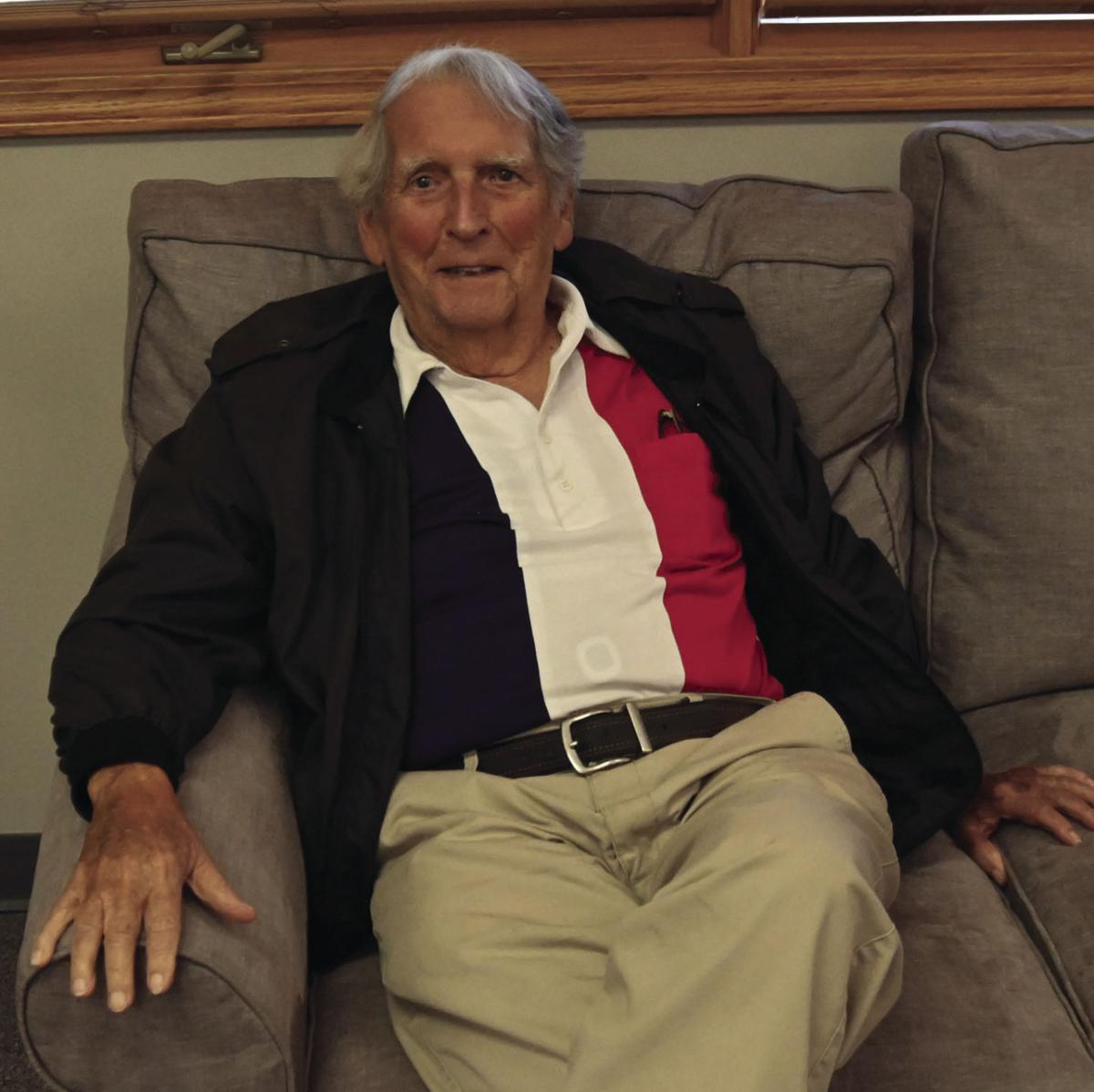 Bill Smail is from the class of ‘41. Smail is the oldest living Trojen at 98. During his time at Covington he played both basketball and baseball. He is credited with throwing back to back no hitters for the Trojans. 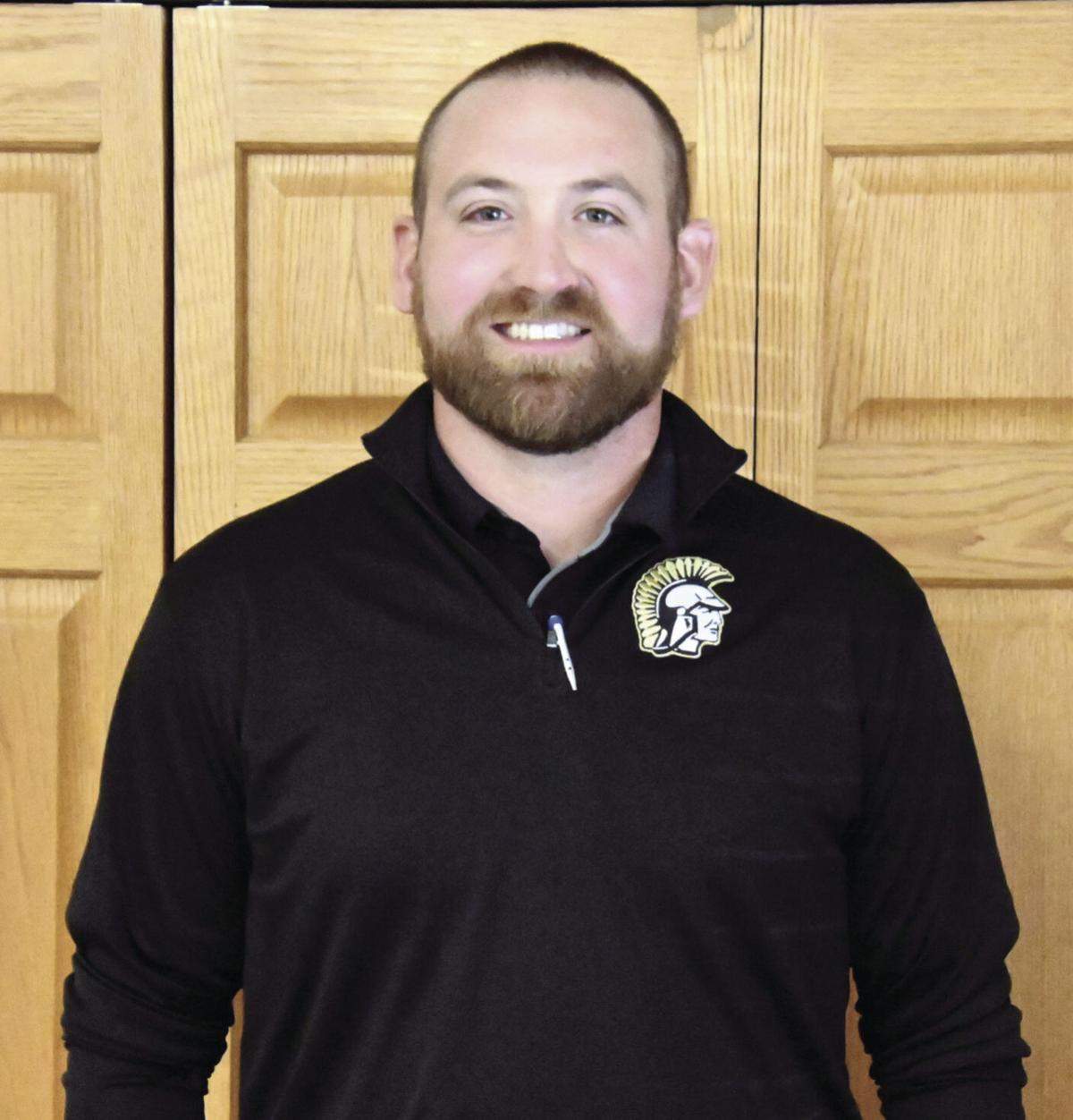 Coach Evan Morgan is in his first year as the Trojans head coach. 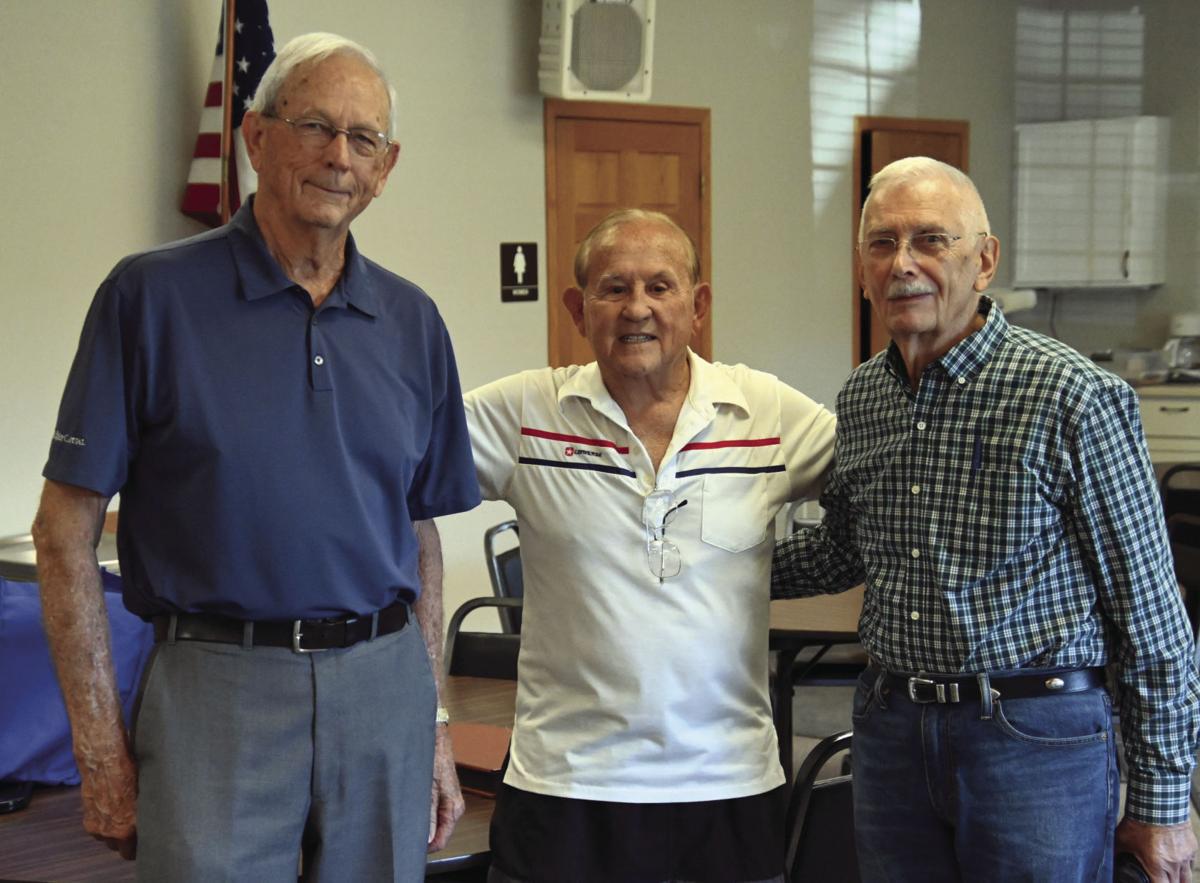 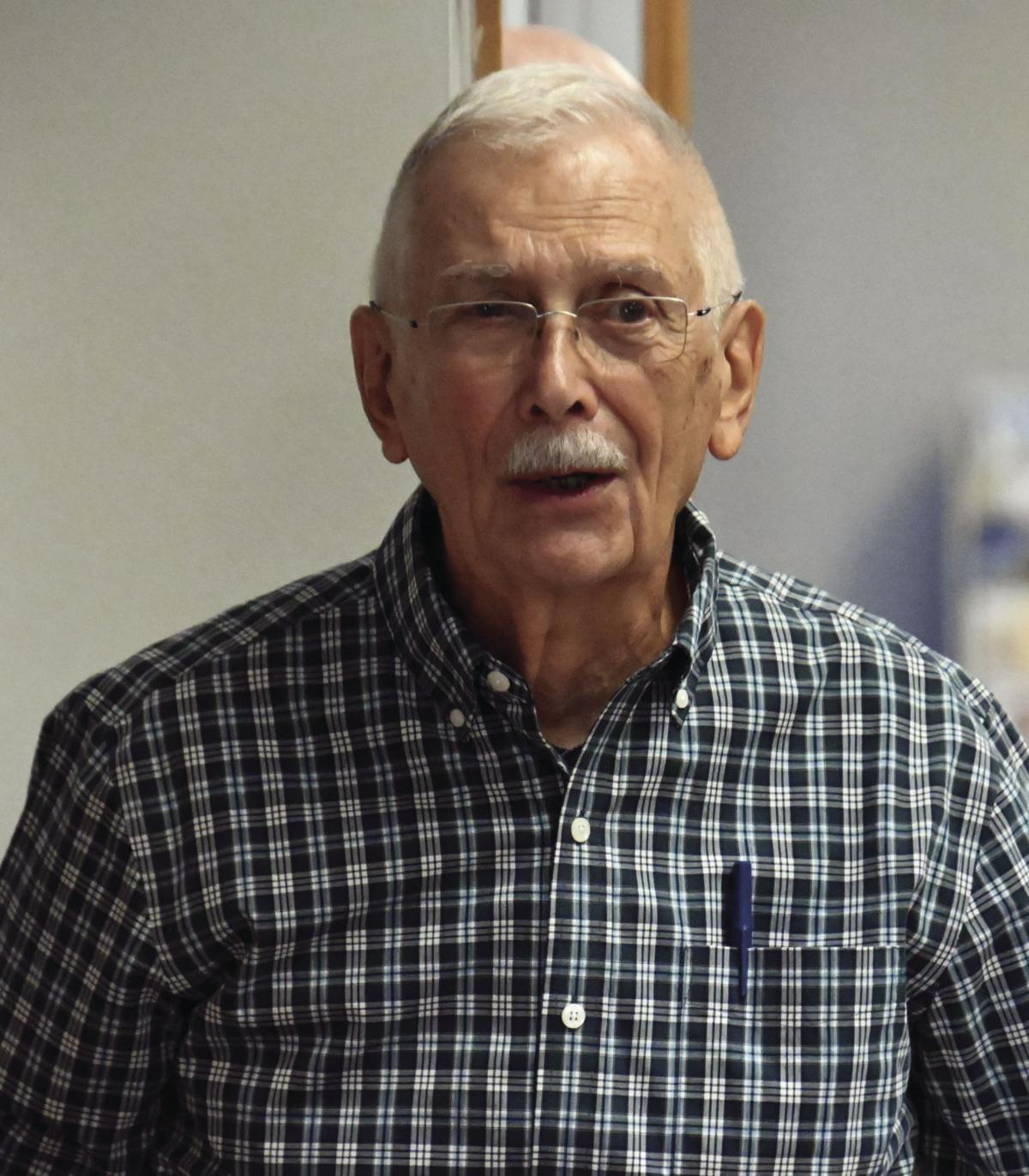 Jerry James is from the class of ‘51. 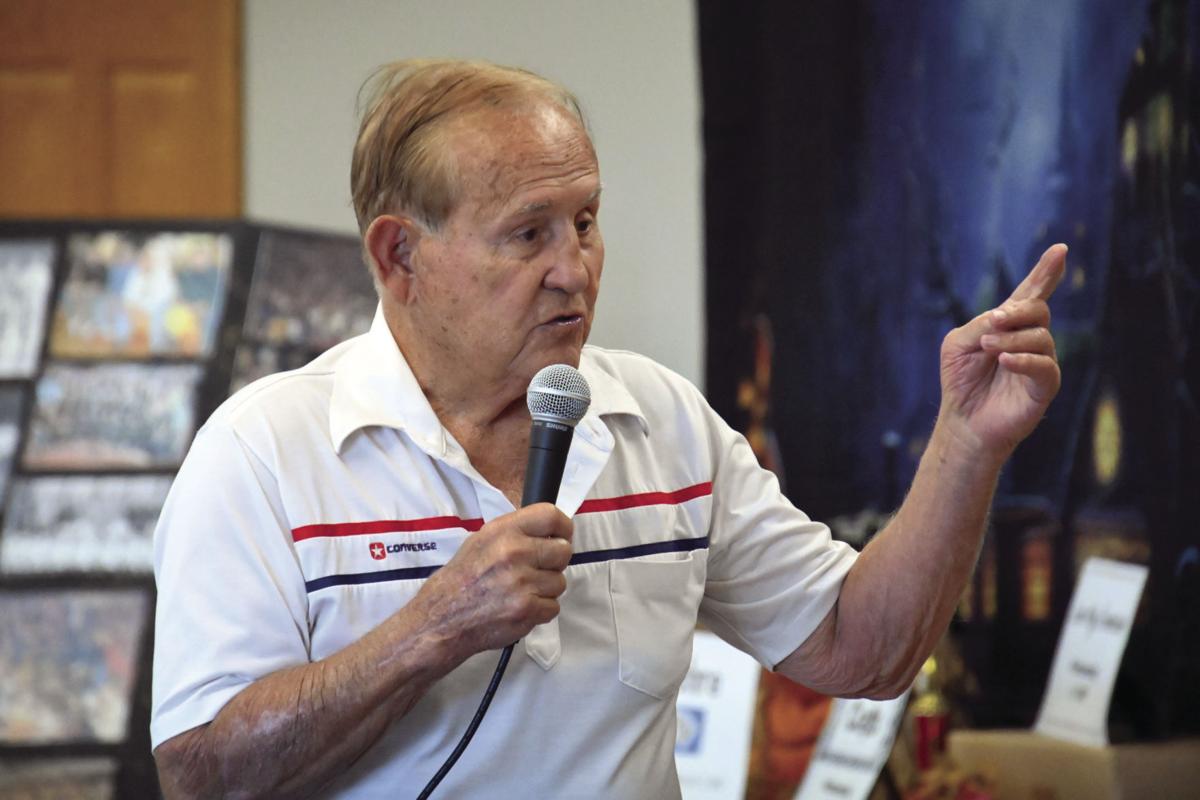 Hall of Fame coach Virgil Sweet talked about his time as a coach. 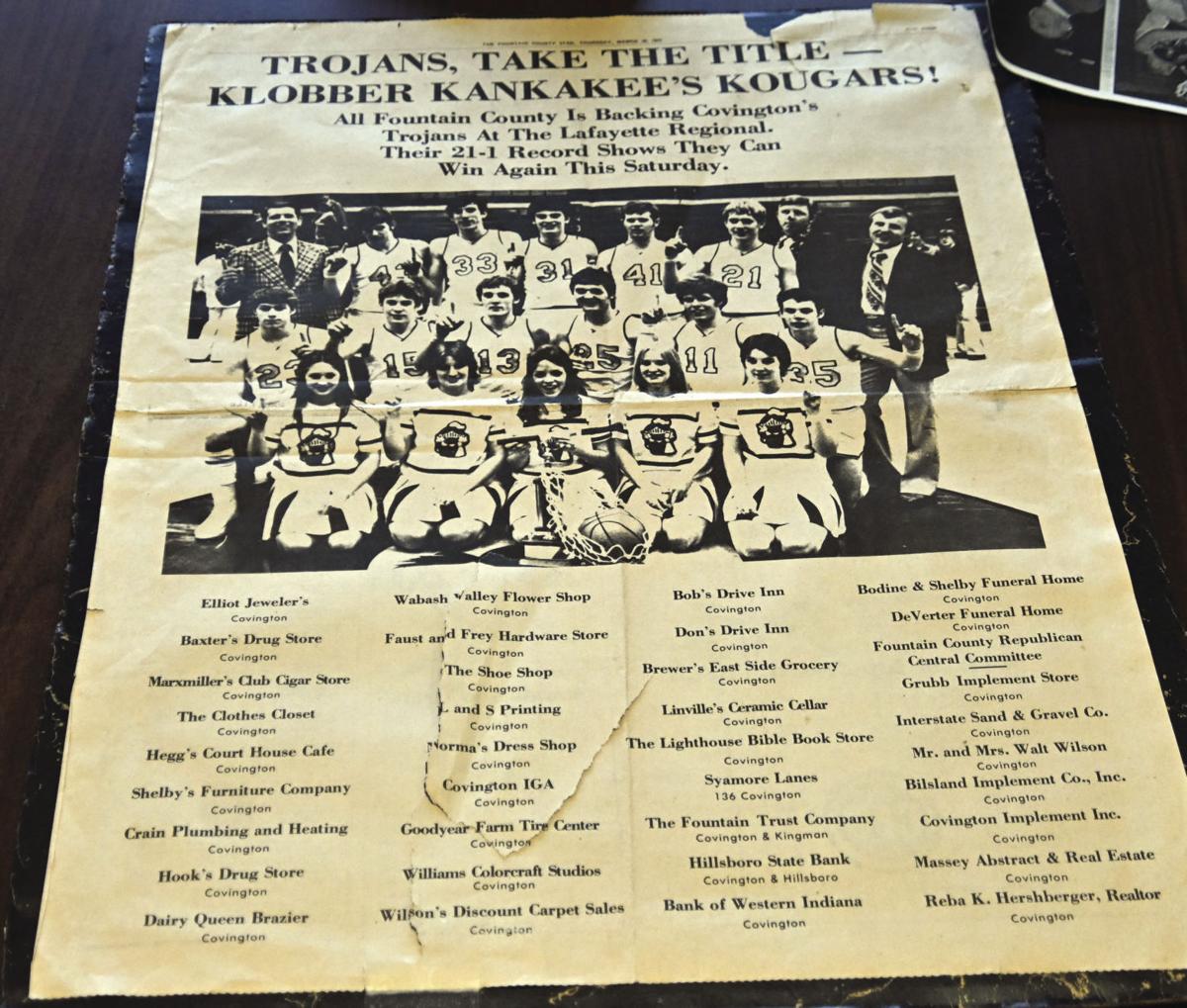 Several displays were present for those in attendance to examine. 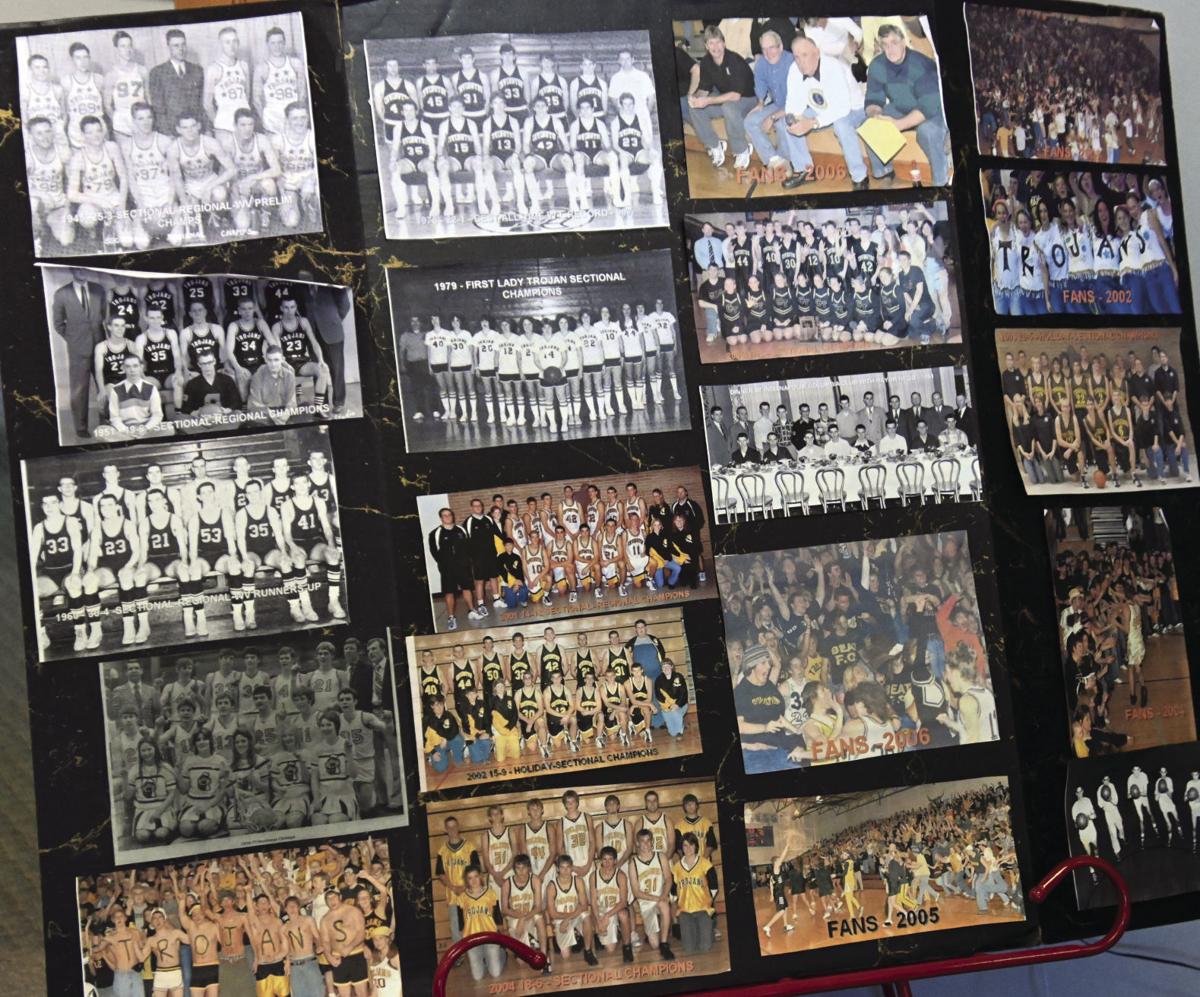 Bill Smail is from the class of ‘41. Smail is the oldest living Trojen at 98. During his time at Covington he played both basketball and baseball. He is credited with throwing back to back no hitters for the Trojans.

Coach Evan Morgan is in his first year as the Trojans head coach.

Jerry James is from the class of ‘51.

Hall of Fame coach Virgil Sweet talked about his time as a coach.

Several displays were present for those in attendance to examine.

COVINGTON—The game of basketball was created in Springfield, Massachusetts. The year was 1891 and the inventor was Dr. James Naismith. In 1925 he visited the state of Indiana to get a look at their famous high school tournament. Afterwards he wrote,”While the game was invented in Massachusetts, basketball really had its origin in Indiana, which remains the center of the sport.” Nowhere is this more evident than in the town of Covington, Indiana.

Recently several former Covington players met to reminisce and to hear Hall of Fame coach Virgil Sweet speak. Coach Sweet, a former coach for Covington, was inducted into the Indiana Basketball Hall of Fame in 1987. According to the hall he is credited for coaching his high school teams to 342 victories in 25 years. He spent 20 years coaching at Valparaiso. During his tenure they went 48-6 in sectional play. Sweet is known for his teams being fundamentally sound especially with free throw shooting. During the 1963-64 season his team shot a national high school team record .792 for the season.

Jack Kenney graduated from Covington in 1951 and was a center on the basketball team. Kenney went to Coach Sweet near the end of his senior year and indicated a desire to go to college. He asked Coach what he needed to do. Coach Sweet arranged for Kenney and teammate to visit Eastern Illinois University. Sweet convinced the coach there to recruit his guys. They went on to receive full ride scholarships. Kenney choked up when telling this story. His admiration for Coach Sweet and the impact that he had on his life was clearly evident. Kenney went on to get his degree. He taught business at Decatur High School eventually becoming the principal where he remained for 40 years. Much of his success’s he attributes to Coach Sweet helping him get into college.

Those two players were among the first receive sweets help. Sweet said,”I think any coach...should try to get scholarships for his players. I believe that is one of the duties of a coach. It takes some extra effort.” Sweet had a system at Valparaiso where his statisticians gathered once a week. They wrote a story about the games from the previous week inserting names of seniors associated with the accomplishment. They included cumulative statistics at the bottom of the page and then mailed those to prospective coaches. The system worked. According to the Indiana Basketball Hall of Fame Sweet had 54 players go on to college, 16 who would become coaches.

Many former Covington players came to hear the coach speak. Jerry James from the Class of ‘51. Tom Frey, Class of ‘60 felt a kinship with Coach Sweet whom he felt that “he had grown up with Sweet.” Coach had graduated with Frey’s sister. Bill Smail from the class of ‘41. Smail, 98 years old, is the oldest living Trojan basketball player. Smail recalled that in his time game scores were much lower. A highlight for him was being the high scorer with seven points. Smail also found success on the baseball diamond once pitching back to back no hitters for the Trojans. The voice of the Trojans, Greg Green was also present. Green started announcing games in 1985 for WKZS and WSKL. Thirty years later he can still be found at the mic each week.

Covington has a rich basketball history that includes 27 Sectional titles and four regional titles. Current coach Evan Morgan was in attendance and is anxious to get started. Coach spoke about the legacy of Covington basketball, “I think that was part of me excepting the job, knowing the history, knowing how much it means to the community.” Covington is well known for their support of the basketball program. Coach is looking forward to coaching. Covington has five seniors returning along with another player who has decided to play for his senior year. Along with the returning seniors Coach has a strong freshman class coming in. The Trojans are coming off of a disappointing loss in the Sectional Final which ended a five year streak of consecutive Sectional Championships. Coach Morgan looks to get the team back to that level this year.

The even was arranged by Greg Clingan of Clingan Auctions.