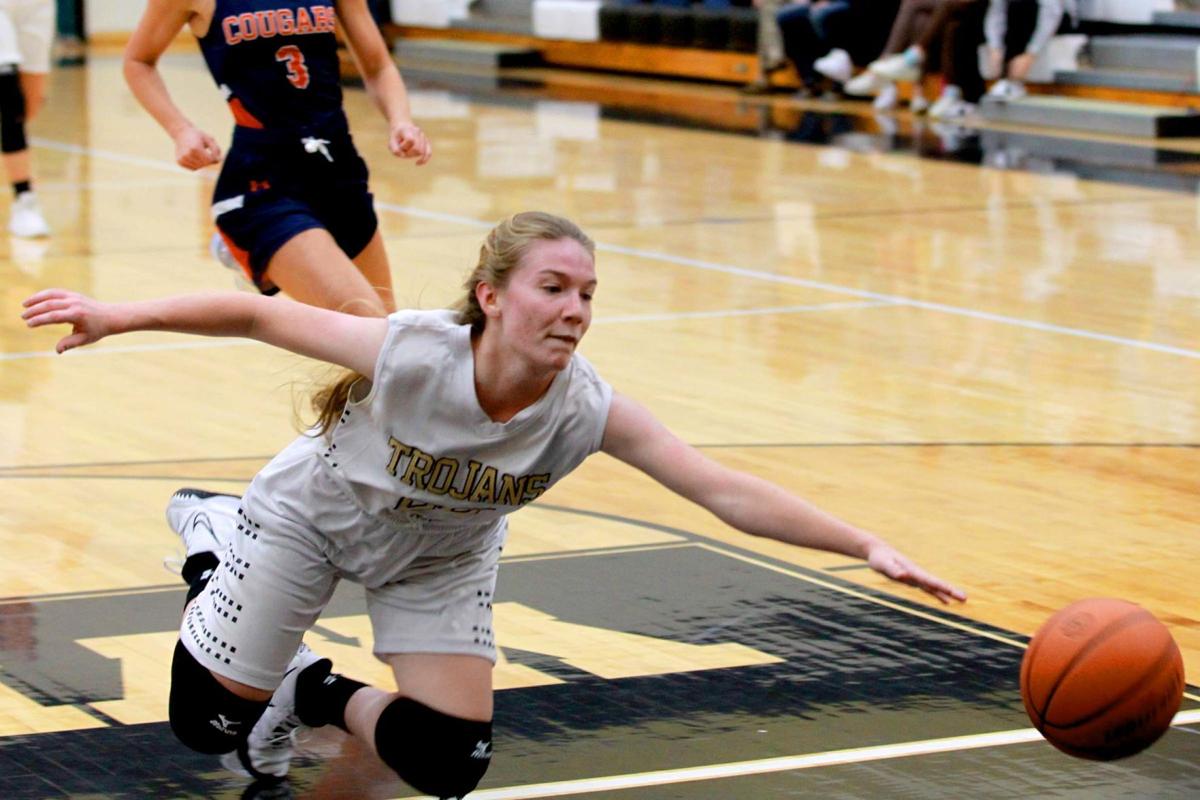 Erica Estes of Covington dives for a loose ball. 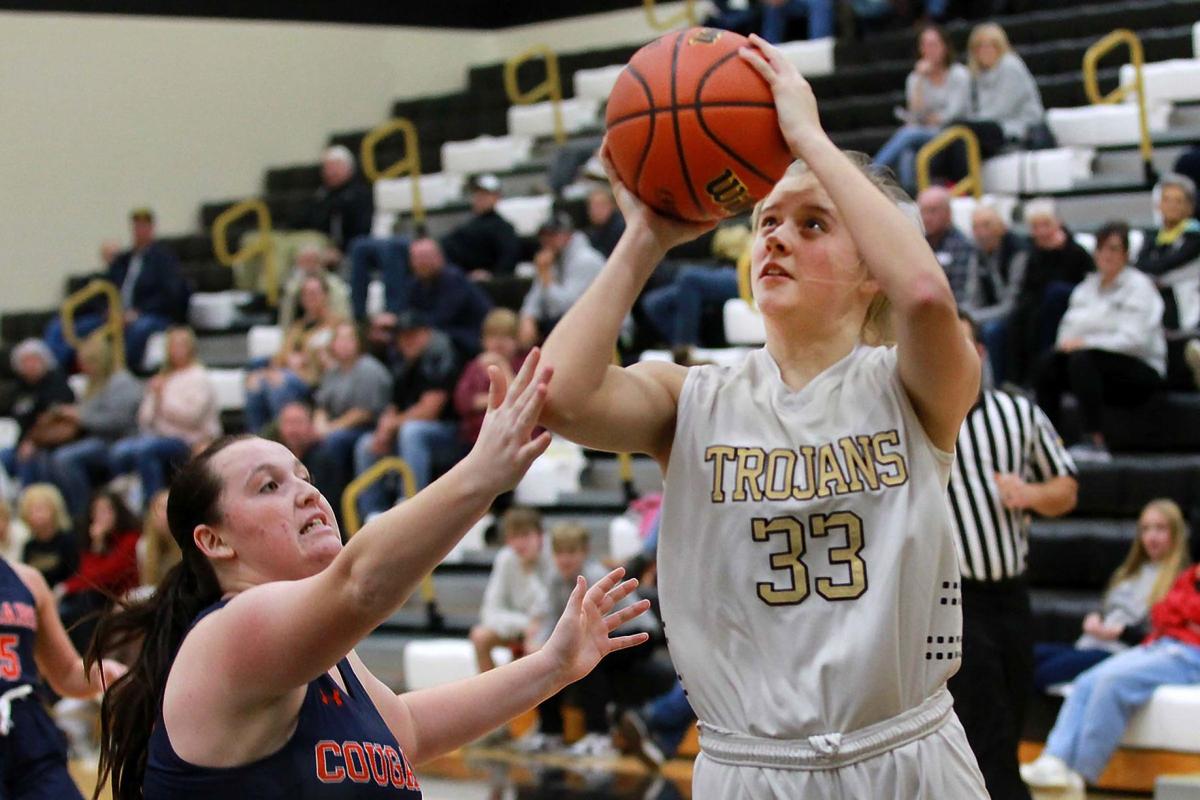 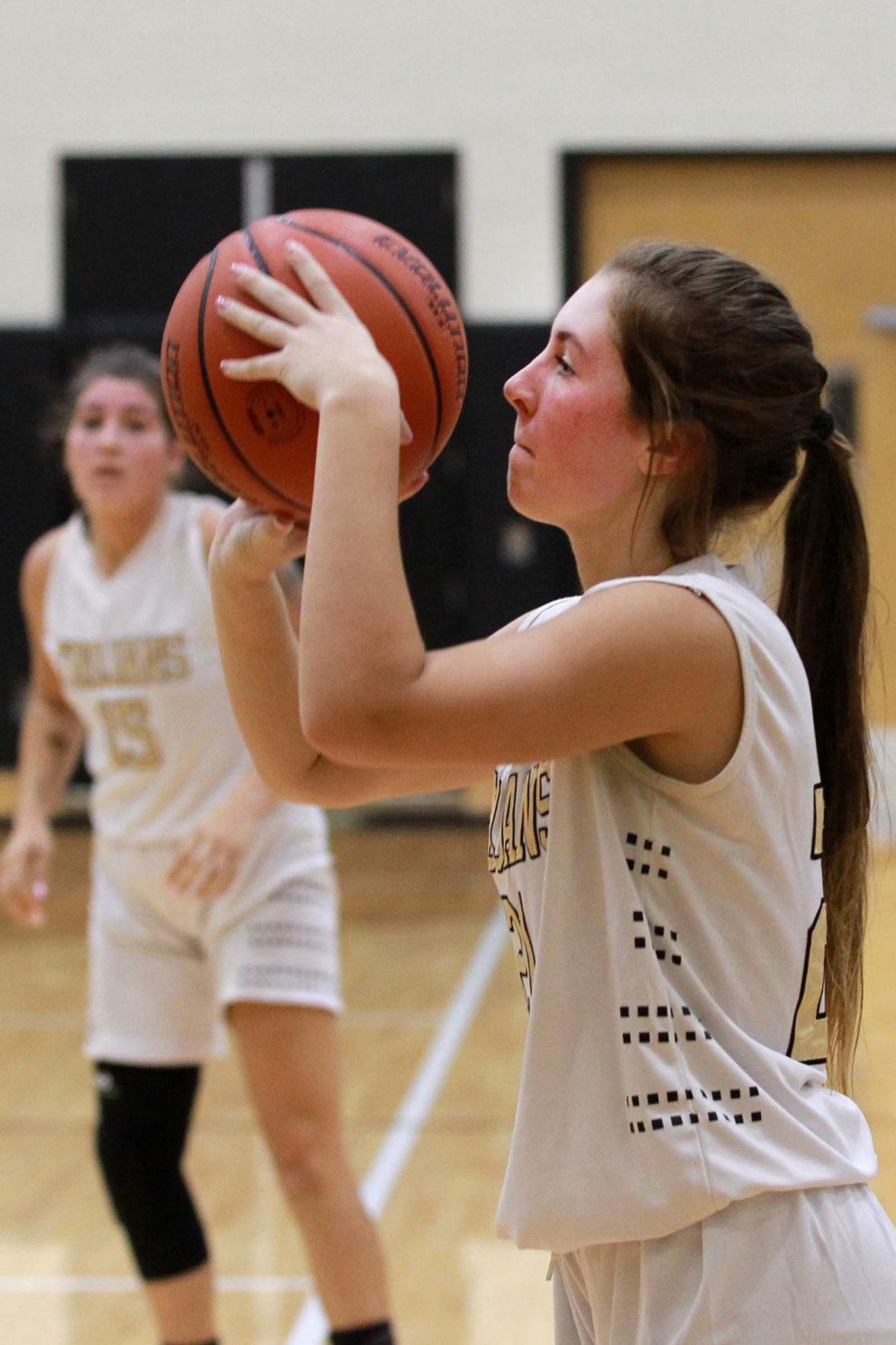 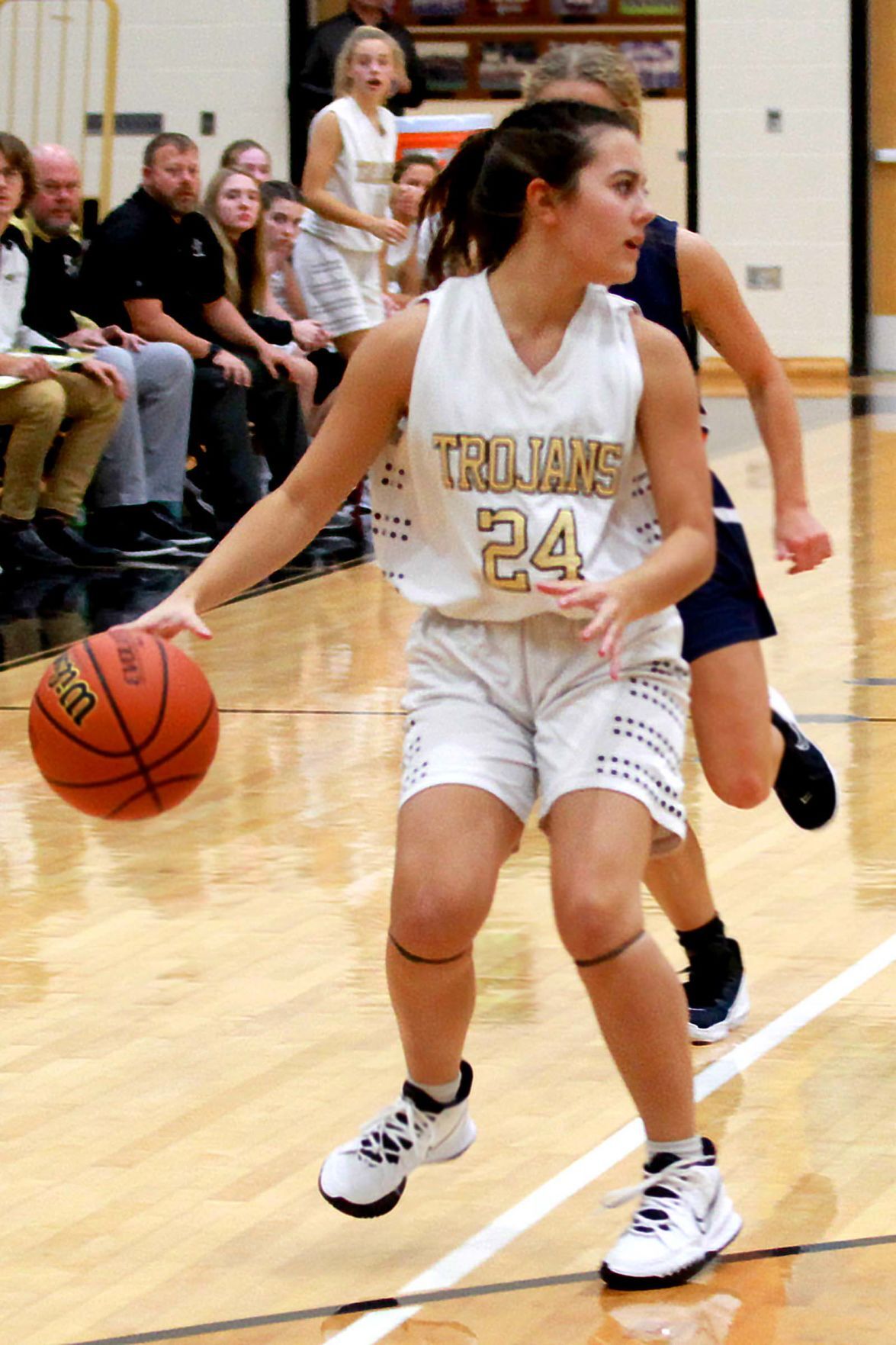 (Above) Magdalena Sandlin of Covington dribbling at the arc. 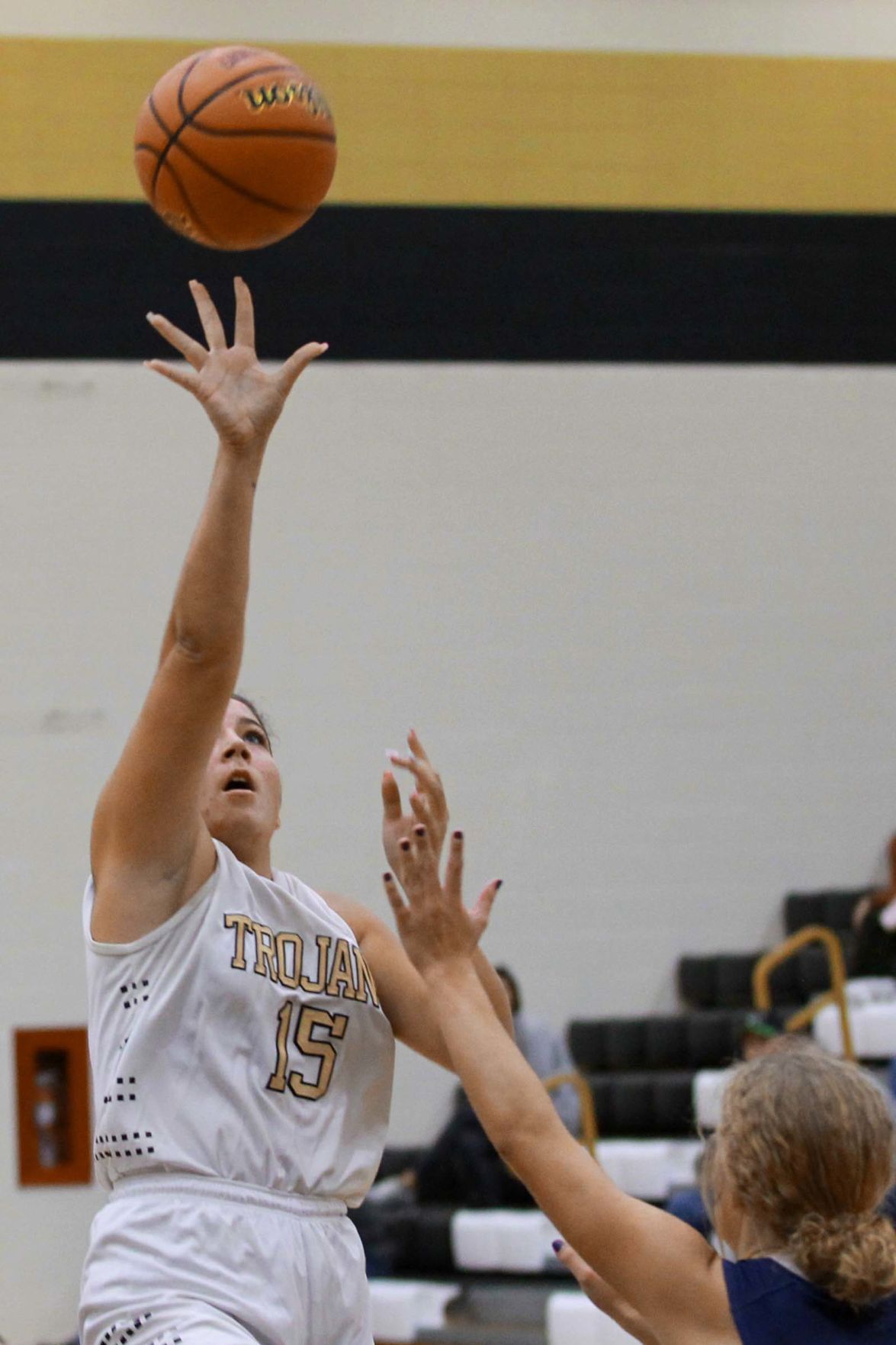 (Left) Shiann Haymaker of Covington putting up a runner.

Erica Estes of Covington dives for a loose ball.

(Above) Magdalena Sandlin of Covington dribbling at the arc.

(Left) Shiann Haymaker of Covington putting up a runner.

The 2021-22 girls’ basketball season did not start off the way Covington wanted as they fell to North Putnam in their season opener by the score of 70-27.

The host Trojans trailed 5-0 but tied the game at 7-all thanks to a lay-up by Shiann Haymaker, a three-pointer from Briley Peyton and an offensive rebound putback by Lilly Hacquet.

Those three baskets were the only ones for Covington in the first quarter while North Putnam was draining three treys on their way to a 15-9 lead by the end of the period.

The visiting Cougars started four seniors and a sophomore while the Trojans had a more inexperienced team in terms of playing history as well as in class standing on the floor to open the contest.

That difference showed up as North Putnam threw a full-court press against the Trojans who struggled to get the ball across half court on several possessions that allowed the visitors to quickly convert those turnovers into points.

The Cougars also continued to rain three-pointers in the second quarter, draining four more of them on their way to a 34-16 lead at the half.

Scoring for Covington in the second period were Micah Stonecipher with a putback, Magdalena Sandlin with a free throw, Therin Holland with a jumper off a pass from Sandlin and a lay-up from Brooke Kirkpatrick via an assist from Holland.

Peyton opened the third quarter with a pair of free throws, but North Putnam hit two treys, a basket and two free throws before the Trojans would score again.

The visitors then notched two more treys before Lauren Vale scored the final points for Covington in a third quarter that ended 54-22.

Covington would add five more points in the fourth quarter in falling 70-27.

The Trojans showed flashes of good individual play, but appear to need more playing time together to become a cohesive unit that knows where the other players are on the floor as seen by hesitations in their passes to teammates.

Covington next plays Western Boone, a team whose first three games have all been postponed.