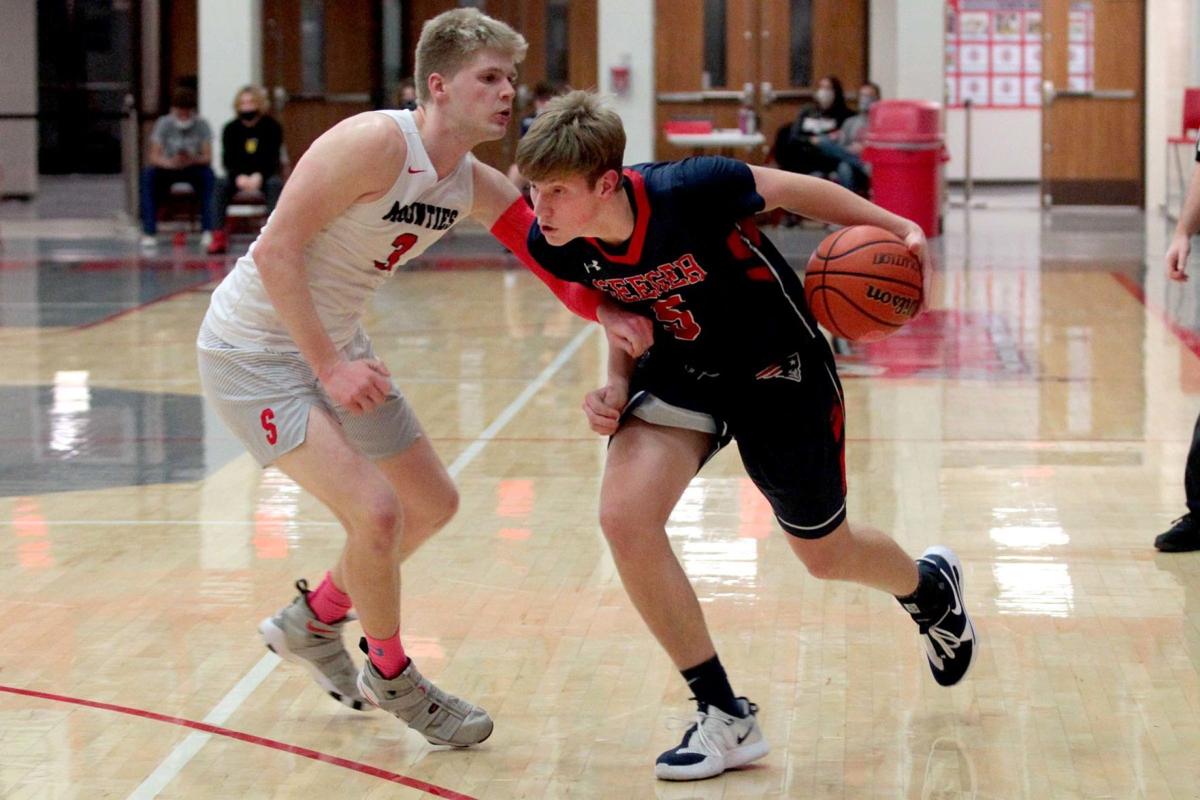 Drew Holland of Seeger drives past Carson Chadd of Southmont. 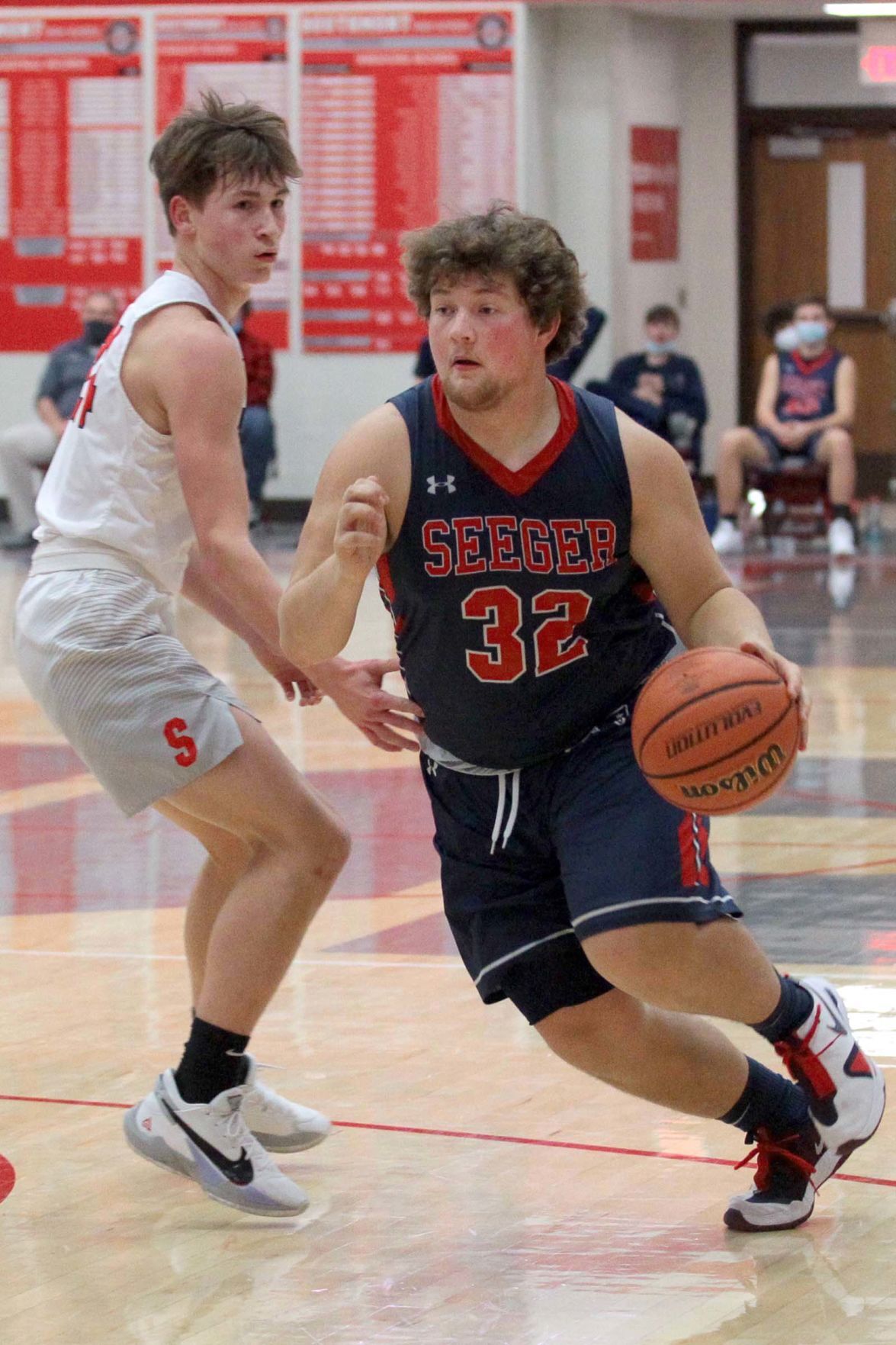 Elijah Greene of Seeger drives toward the paint. 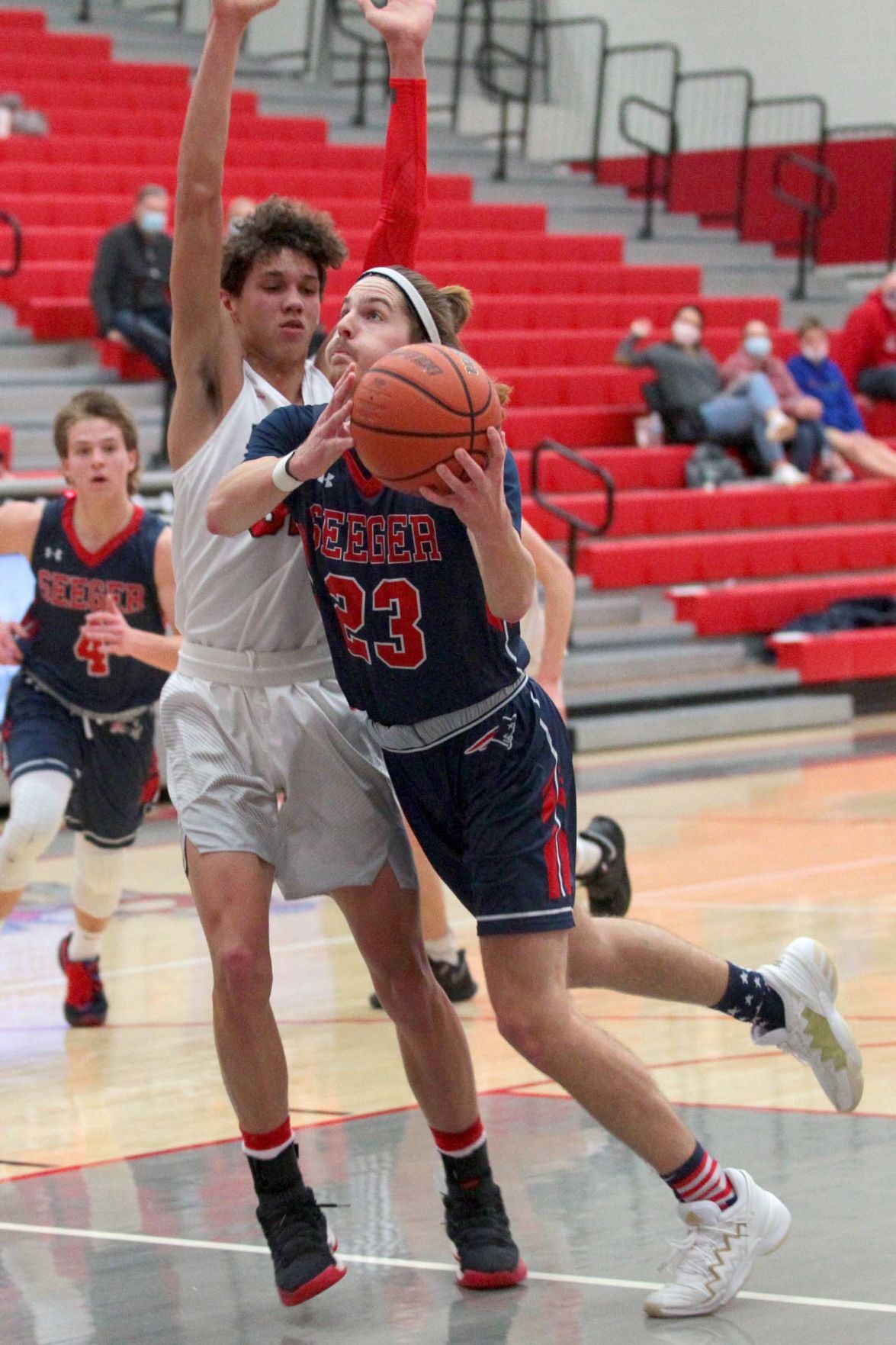 Kolton Pearson of Seeger drives to the basket against Chayce Howell of Southmont. 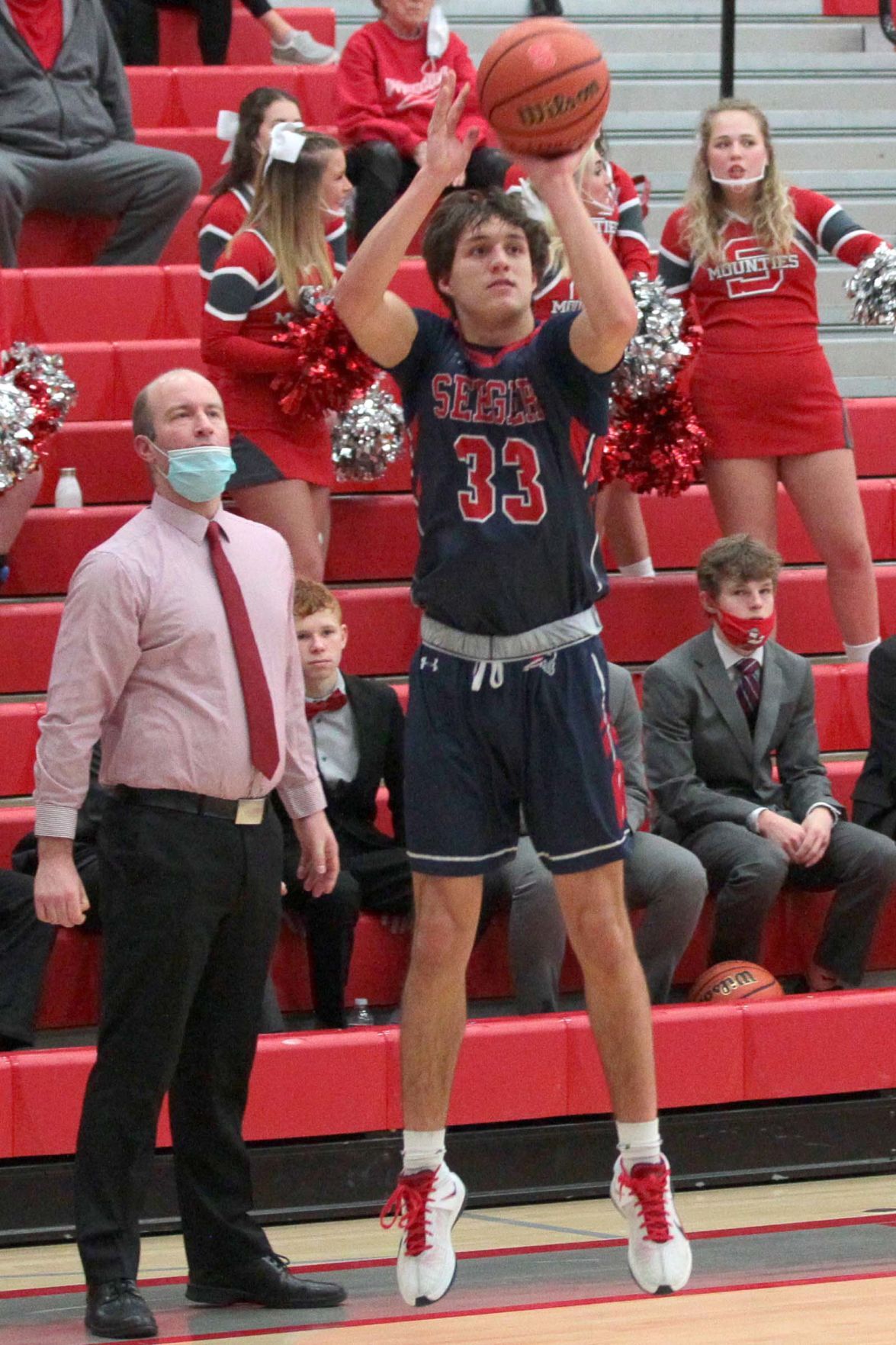 Drew Holland of Seeger drives past Carson Chadd of Southmont.

Elijah Greene of Seeger drives toward the paint.

Kolton Pearson of Seeger drives to the basket against Chayce Howell of Southmont.

There are games you win, games you lose but learn something and games you simply want to put in the rearview mirror and forget about.

Seeger had one of the latter when they traveled to Southmont for a boys’ basketball game against the Mounties.

The Patriots were missing four players off their squad according to head coach John Collins when his team took on their hosts on Friday night.

In a 59-27 loss to the Mounties, Collins said it would be best to forget about the game and just get ready for the next one as his team fought valiantly but could not match up with their hosts.

Southmont led 11-4 after one quarter with the only Seeger points coming on a putback by Owen Snedeker and a lay-up by Jorden Gates.

The Patriots had repeatedly attacked the basket in that period, but the taller Mounties had challenged anything that came inside with Seeger seeing shot after shot come up short or roll off the rim.

According to Mountie head coach Jake Turner, that was exactly what he wanted his team to do.

“Unless they’ve got somebody who’s a really great shooter, we say to let them shoot from the outside,” he explained, “but when they get inside of 16 feet, we want to close them down.”

It seemed to work as the threes would not fall for Seeger and when they took it inside, they were often double-teamed by the Mounties.

The hosts hit a couple of three-pointers in the second period on their way to a 25-16 halftime lead that saw Snedeker draw his third foul of the contest – he would not foul out but his minutes would be limited for the remainder of the game.

The Mounties continued to hit from beyond the arc in the third quarter with their second trey of the period giving them a 21-point lead with four minutes gone in the half.

Elijah Green and Drew Holland were the only two Seeger players to score in a third quarter that ended 44-21.

Kolton Pearson opened the fourth period with four free throws, but they were offset by a play of lay-ups by the hosts.

After the postponement of a contest the following night at South Vermillion, Seeger is scheduled to play next on Jan 16 when they host Fountain Central.