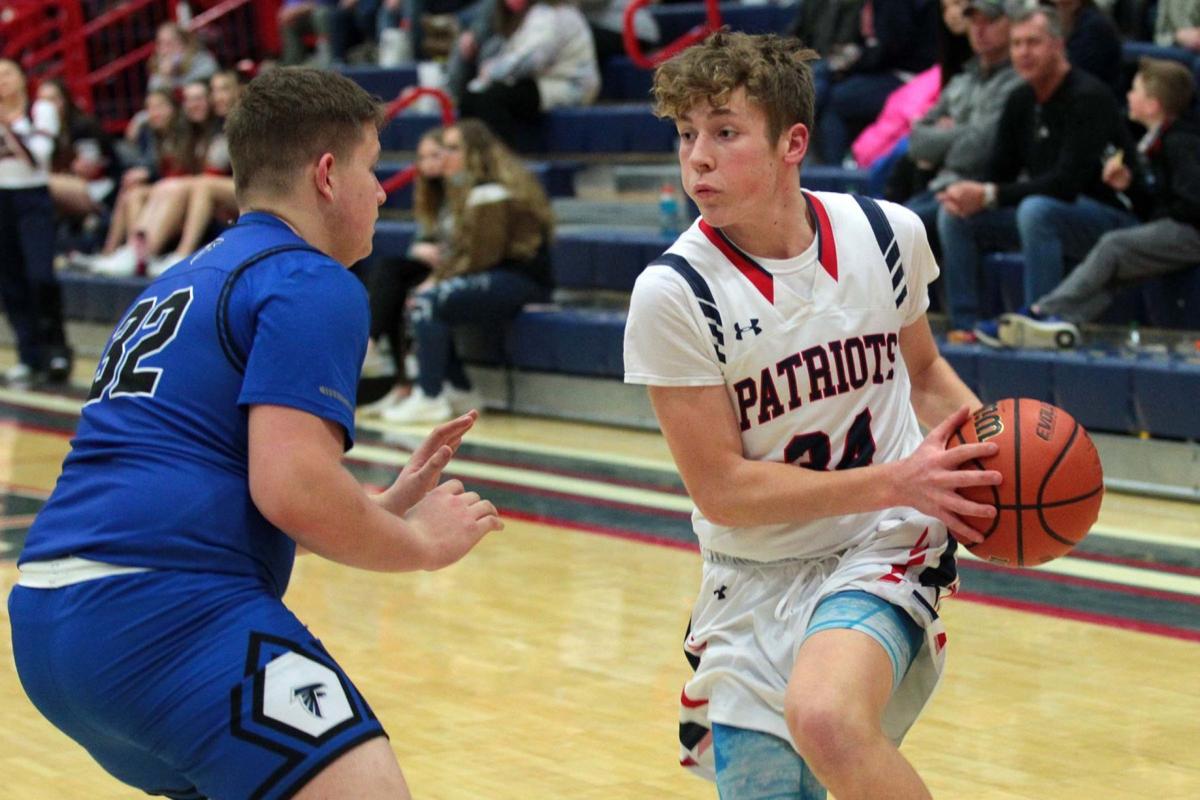 Christian Holland of Seeger looks to drive around Jeremiah Ziebart of North Vermillion. 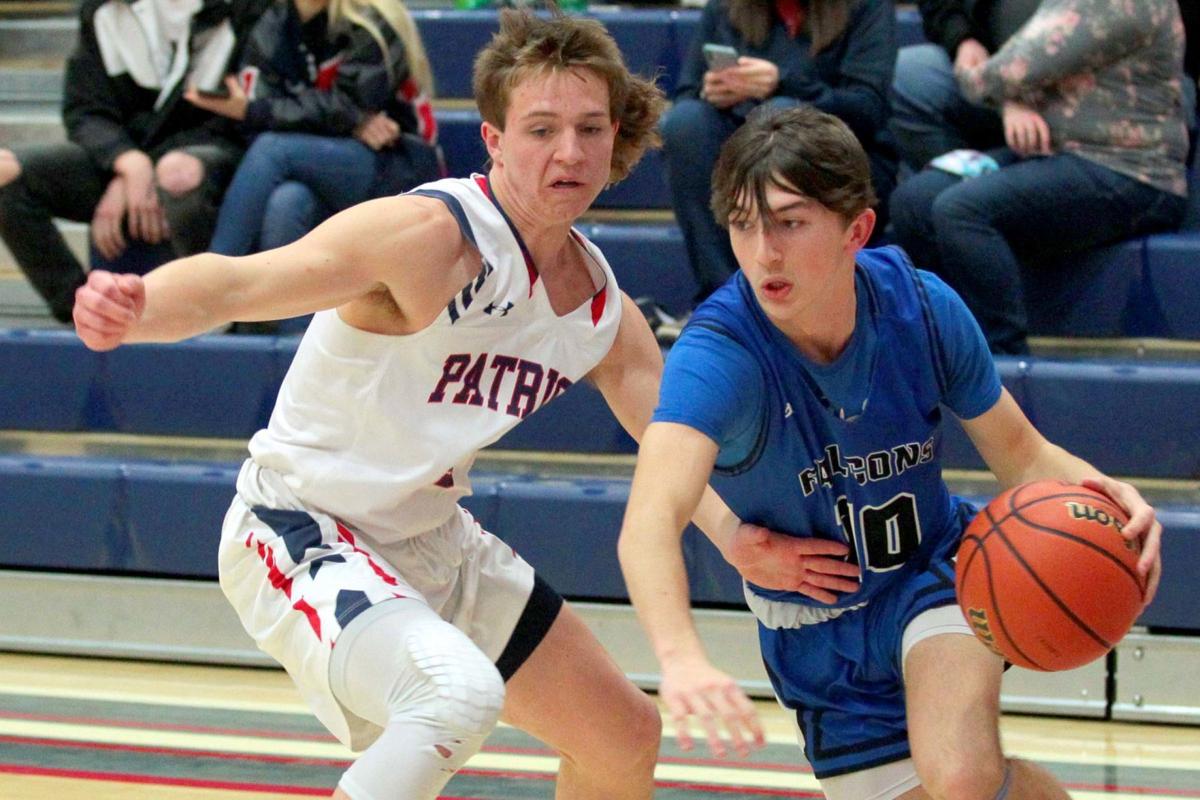 Christian Holland of Seeger looks to drive around Jeremiah Ziebart of North Vermillion.

There were two totally different styles of play in use when Seeger hosted North Vermillion in boys’ basketball on Friday with the Patriots wanting to speed the game up while the visiting Falcons wanted to slow it down as much as they could.

Seeger has an experienced team with many members who have played together since elementary school, and they whip the ball around as quickly as possible on offense and play a tough, trapping defense that tries to force turnovers leading to fast break baskets.

North Vermillion is a team with no seniors and only two active juniors – one other junior is out with an injury – with the remainder being underclassmen.

Given the inexperience and the fact that the team does not shoot well according to Coach Cody Wright, the Falcons want to shorten the game by making every possession take as long as possible with a good look at the basket coming at the end of it.

The first quarter of the game saw both teams do a fair job at executing their game plan as North Vermillion possessions might last 45 seconds while those for Seeger might go about ten seconds or so.

Seeger got on the board first with a driving lay-up by Kolton Pearson at the 5:23 mark, but the Falcons took the lead on a trey from Dalton Thomas off a pass from Landon Naylor.

Logan McFatridge, returning from an injury, scored ten seconds later and then he made a three-pointer.

Khal Stephen and Pearson added baskets around three missed lay-ups by the Falcons followed by four missed free throws from the visitors for an 11-3 lead.

In the final minute of the quarter, Jerome White made two free throws for North Vermillion to cut into the lead, but Owen Snedeker bumped it back up with a trey that went through the net just as the horn sounded.

In that first period, North Vermillion managed to slow the game down with their perimeter passing attack, but when they found the open shots, the ball failed to go through the hoop.

Had they made their missed lay-ups and free throws, the Falcons would have led 15-14, but instead they trailed 14-5.

Drew Holland opened the second quarter with a trey for Seeger, White responded with a lay-up for the visitors, but McFatridge made another three-pointer for a 20-7 lead midway through the period.

North Vermillion would not make another shot from the field in the half, but did see Naylor put away two free throws for nine points.

Seeger was getting baskets from Stephen, Snedeker (two), Pearson (two) and Jorden Gates along with another trey from McFatridge and one from Christian Holland to put up 28 points in the period for a 42-9 total at the intermission.

The Patriots scored the first six points of the third quarter, including another trey from Christian Holland, but Thomas stopped the run with a three-pointer for the Falcons and a 48-12 score.

Seeger continued to try to push the ball at every opportunity and, thanks to some cold shooting by the visitors, opened a 60-21 lead going into the final eight minutes.

The North Vermillion free throw shooting woes continued in the fourth quarter as they were only 1-for-six in the period to go along with a lay-up from Thomas while the Patriots were adding ten more from their reserves including one more trey, this one from Peyton Reynolds, that made the final tally 70-24.

The defense by the Patriots was excellent all night and Stephen said it should have been “because we practiced that all week” with the focus seeming to be shutting down Blank who was double or tripled teamed every time he tried to drive inside, forcing the Falcons to rely on shots from the outside.

Seeger coach John Collins said he liked the defensive pressure from his team and that the overall game should have given the squad confidence and momentum going into the 2A sectional where his team will face Fountain Central for the third time this season, having won the previous two contests by close scores of 47-44 and 44-42.

North Vermillion will head to Attica for the 1A sectional on Tuesday where they will face their hosts, a team they defeated 48-34 back in early February when the Rambler roster was depleted somewhat due to Covid-19.