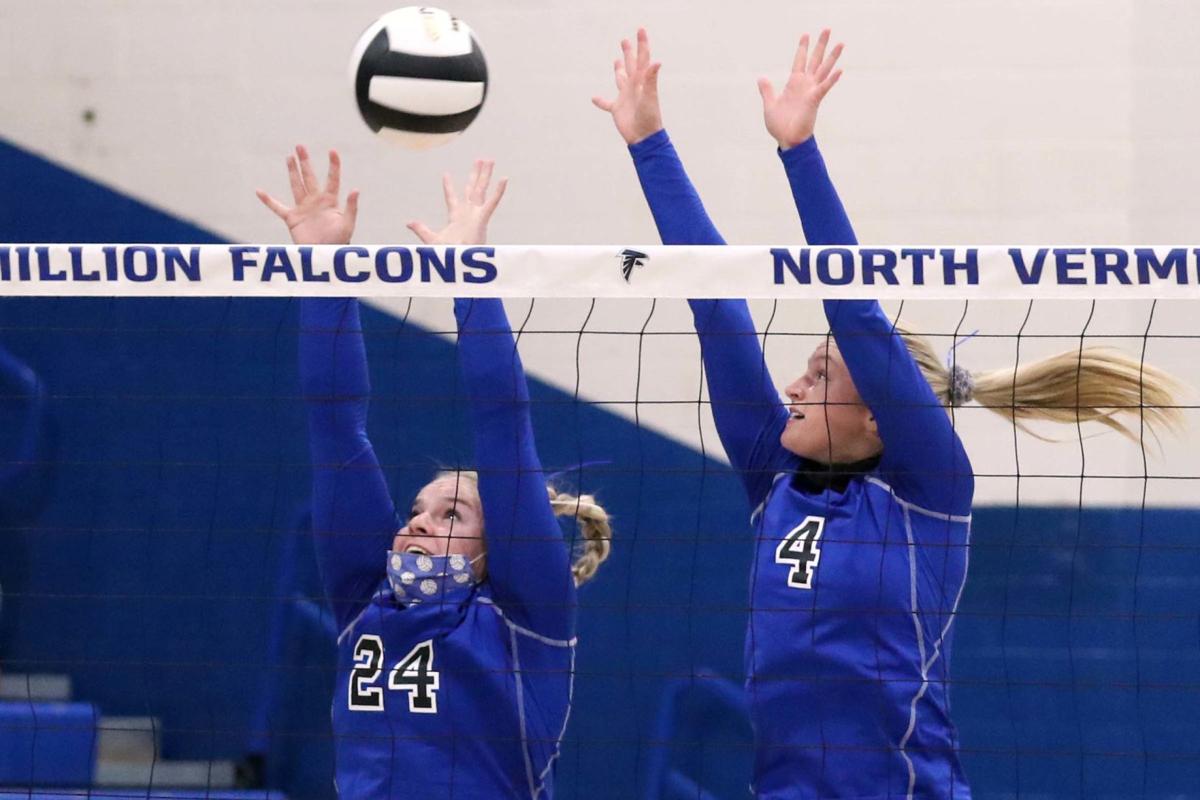 Jenna Bailey (24) and Ava Martin of North Vermillion go up to block a shot in game one. 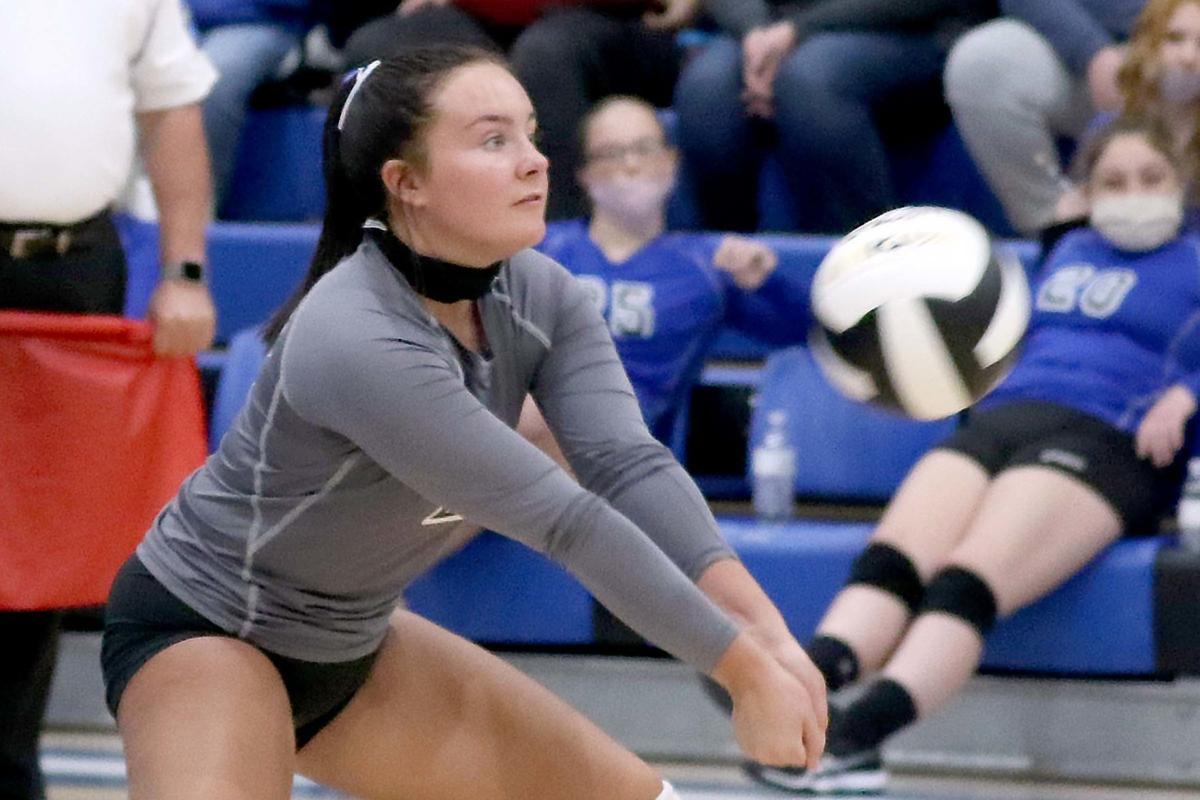 Callie Naylor of North Vermillion receives a serve in game one.

Jenna Bailey (24) and Ava Martin of North Vermillion go up to block a shot in game one.

Callie Naylor of North Vermillion receives a serve in game one.

A slightly short-handed North Vermillion volleyball team hosted Traders Point Christian in the opening round of 1A Sectional 54 and fell to the Knights by scores of 25-20, 25-14, 25-20.

The Falcons were missing two seniors in Brookelyn Brown and Nastya Kunkle, but it was nothing new for the team according to head coach Hilary Gibson.

“At least three or four times, well, maybe six times, we’ve been missing players,” she said. “Earlier this year we had what we called our “virus team” when we played a mix of varsity and JV players. So, we’re kind of used to it.”

North Vermillion took a small lead early at 8-6 and kept that lead through much of game one, going up by as many as six at 15-9.

The difference in the contest was serve receive for the Falcons who struggled to get the ball to setter Tycee Crabtree who did her best to reach as many balls as she could.

When the passes to Crabtree were good, she did an excellent job of setting for her hitters, but when the passes were wild, often all she could do was try to keep the ball in the air and hope a teammate could make the third touch go over the net.

“We had a hard time with their serving,” Gibson said, “but when we received it okay, we were able to play our game.”

Game two saw Traders Point take the lead from the start and the Falcons never got going, falling 25-14.

North Vermillion fell behind in game three, but this time the squad recovered and began to close the gap, coming from seven down to as close as four at 17-13 before a final surge by the Knights let them play point for point to pull out a 25-20 win.

“We played hard tonight,” Gibson said, “probably the best all-inclusive volleyball all season. They found the seams in our defense and that got us out of our system at times and that’s when they made runs on us.”

She spoke about the development of the team across the course of the season and then looked ahead.

“We improved all year,” Gibson explained. “We worked on basics and you could see that we were playing better later on. We just keep adding things – teaching one or two things at a time – and eventually that will make us a better team.”

She closed by saying, “We were just happy to get to play as much as we did with everything that’s going on.”

North Vermillion finished the season with a 4-12 record.