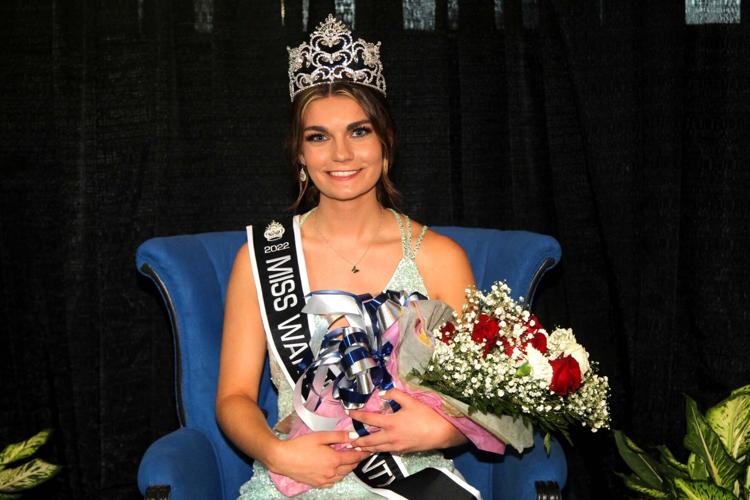 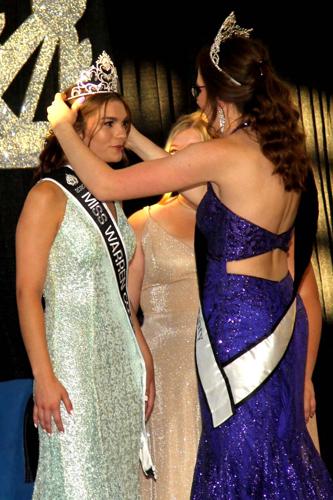 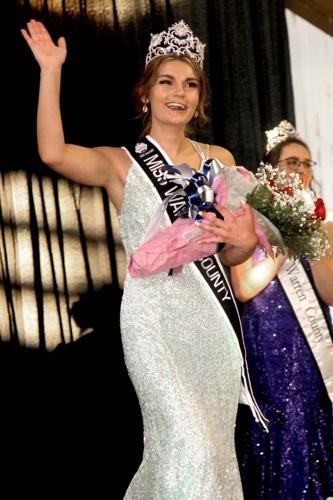 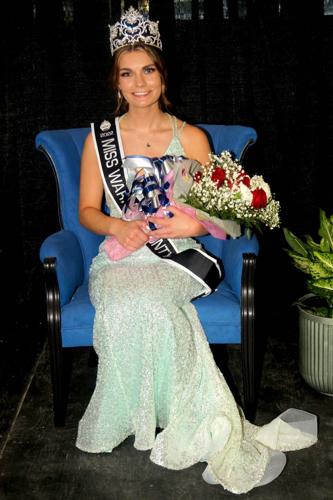 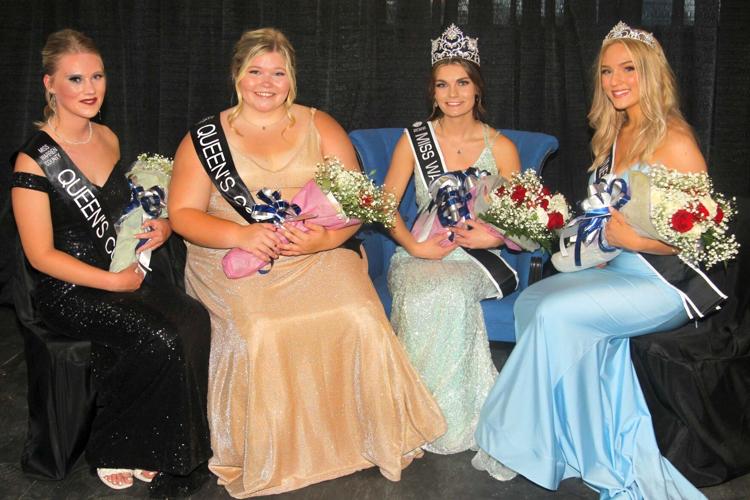 It took three years to convince Meghan Beyer that she should enter the Warren County Queen Contest, but once she did, she not only liked the experience, but also the result as she was named the winner of the 2022 pageant.

“I had always wanted to be in the contest,” Beyer explained, “but I wasn’t confident enough in myself to enter until the 2021 queen [Kylie McFatridge] talked me into it – telling me how great it was.”

Beyer was in competition with three other candidates, Isabelle Puterbaugh, Grace Pearson and Hannah Schideler, with all four being students at college, two at Purdue and two at Indiana.

People who came to the pageant saw the candidates dressed first in a queen contest t-shirt outfit, then in business attire and, lastly, in formal attire.

The candidates get to introduce themselves, respond to a word drawn from a bowl and walk the boardwalk three times (once in each outfit) in front of three judges who also get to have a non-public interview with them earlier in the day.

What the people in attendance do not see is the work the candidates do in preparation for the contest – learning how to work through an interview, how to relate to the judges and how to gain confidence in themselves – the latter being the key according to Beyer.

“Getting ready for it [the contest], I grew my confidence about being up here on stage,” she explained. “I was able to trust myself, to know that I would do what I should up here.”

One of the things that candidates struggle with after going through such training is being themselves on stage, often turning into an image of something they are not.

They need to get past the “what to do” training and sell themselves, something that Beyer had no difficulty with, perhaps because she is a management student working on entrepreneurship at Purdue.

“You go though things before the contest and you grow from them,” she said. “You learn how to be confident in yourself and be yourself on stage.”

By winning the contest, Beyer moves on to being an Indiana State Fair Queen candidate – something that appeals to her.

“I’m looking forward to going new places, meeting all the girls and learning from them,” she said. “It’s just one more thing in growing into what I want to be.”

Asked what that was, she mentioned the entrepreneurship, saying, “I’m where I need to be at this point in my life – still learning and growing and looking forward to what’s next.”

Beyer said she wanted to thank her family, friends and, in particular, McFatridge for getting her into the event and supporting her while she prepared for it.

“I think this is something I’d recommend to anybody,” she said, “I’ve learned a lot and I’ve just started with it.”

There were only two other awards on the night: Queen Runner-up going to Puterbaugh and Miss Congeniality going to Schideler, as the Warren County contest does not have a Miss Photogenic prize.