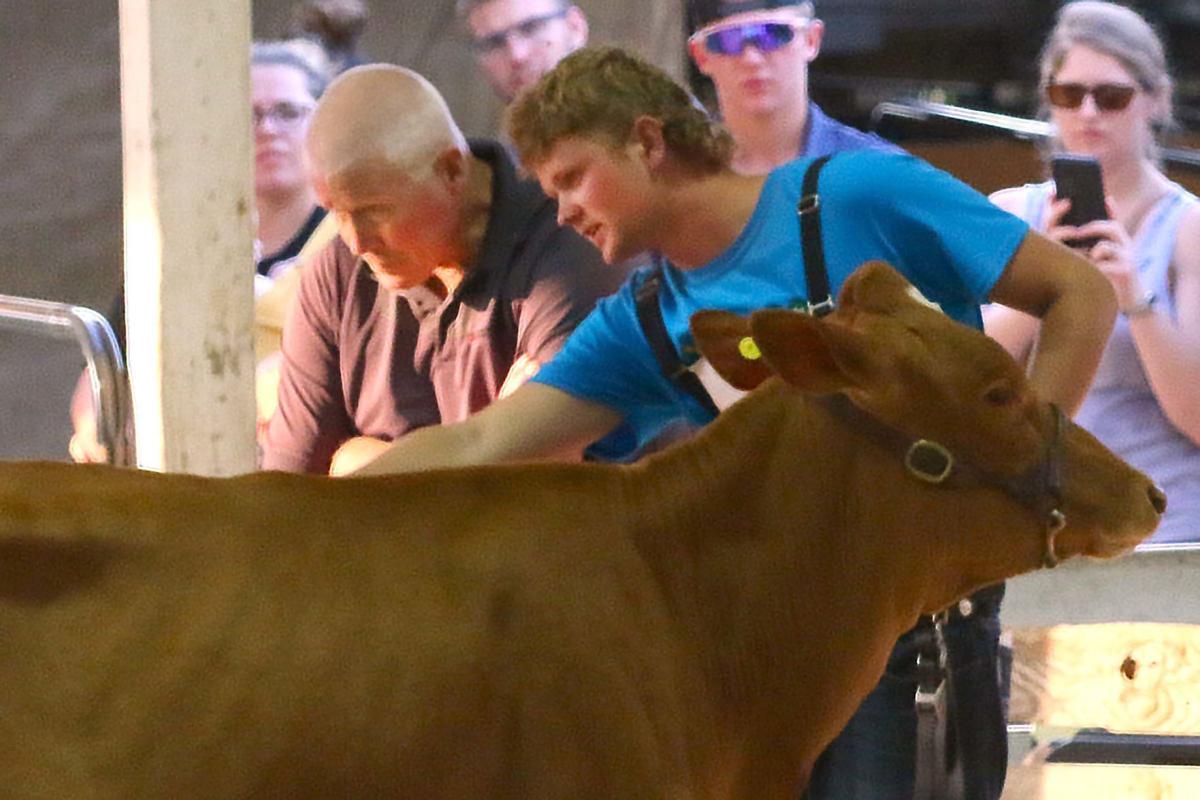 (Below) Travis Allenduff showing his speciality of Dairy Cattle to the judge. 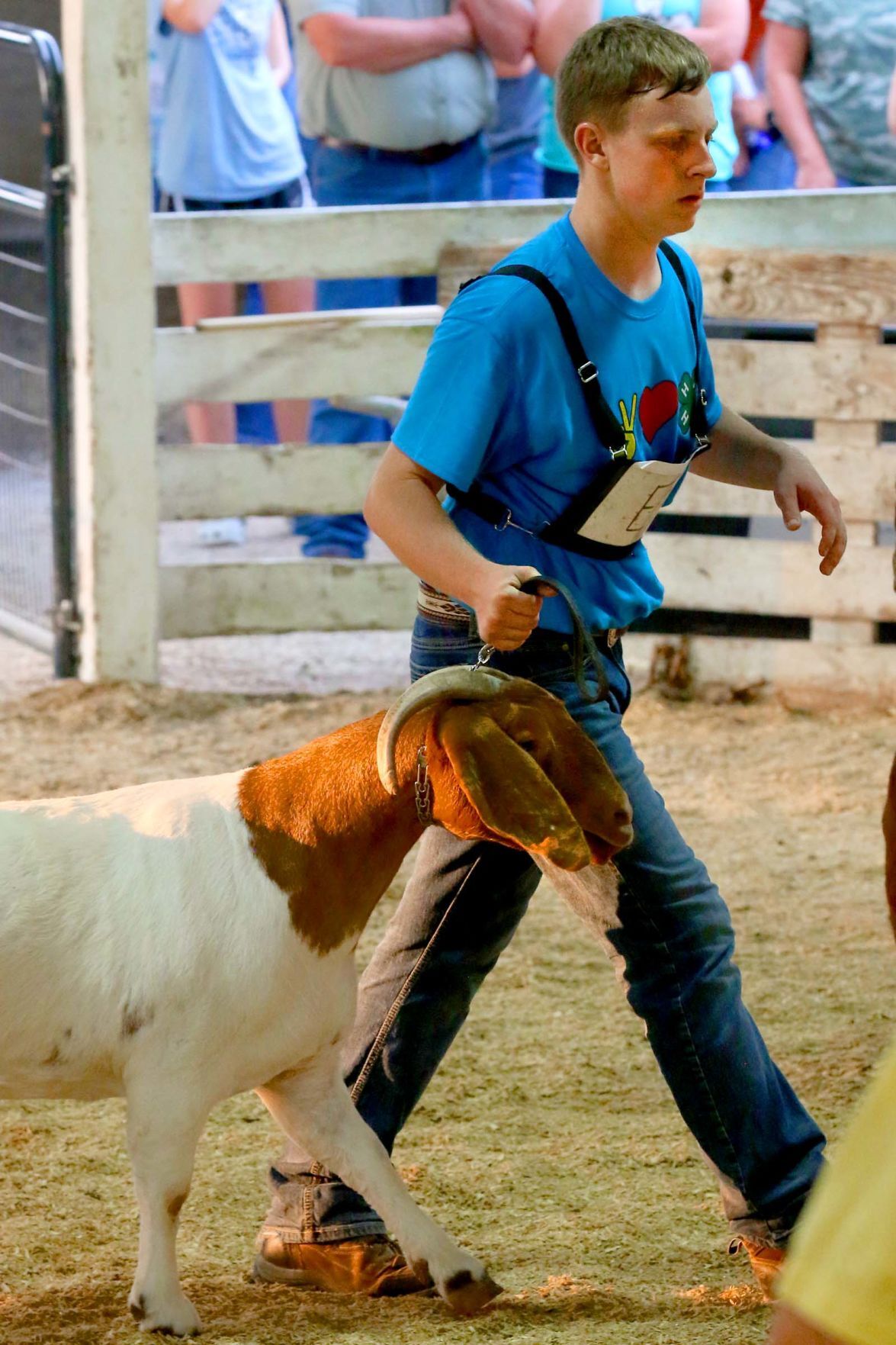 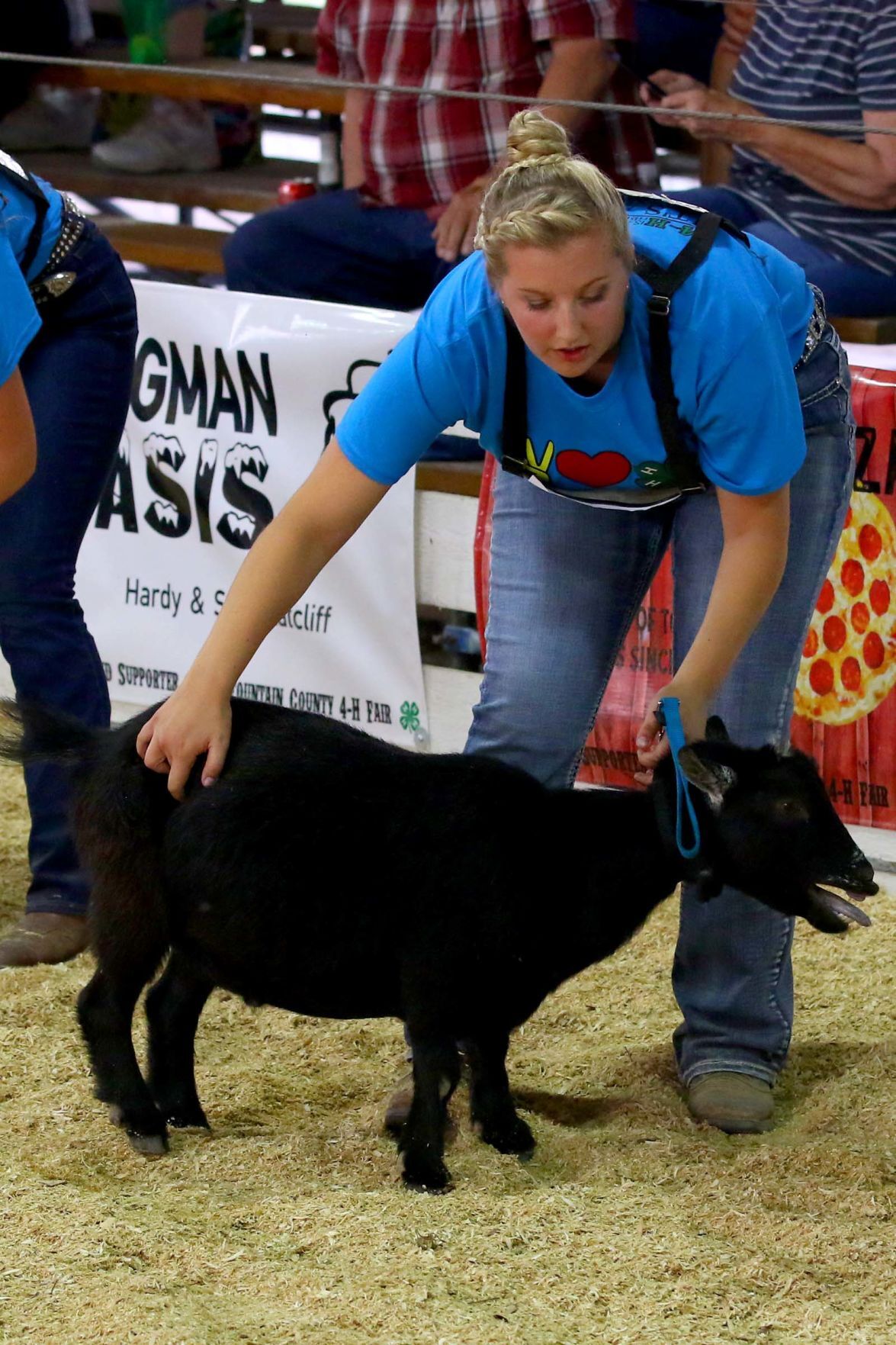 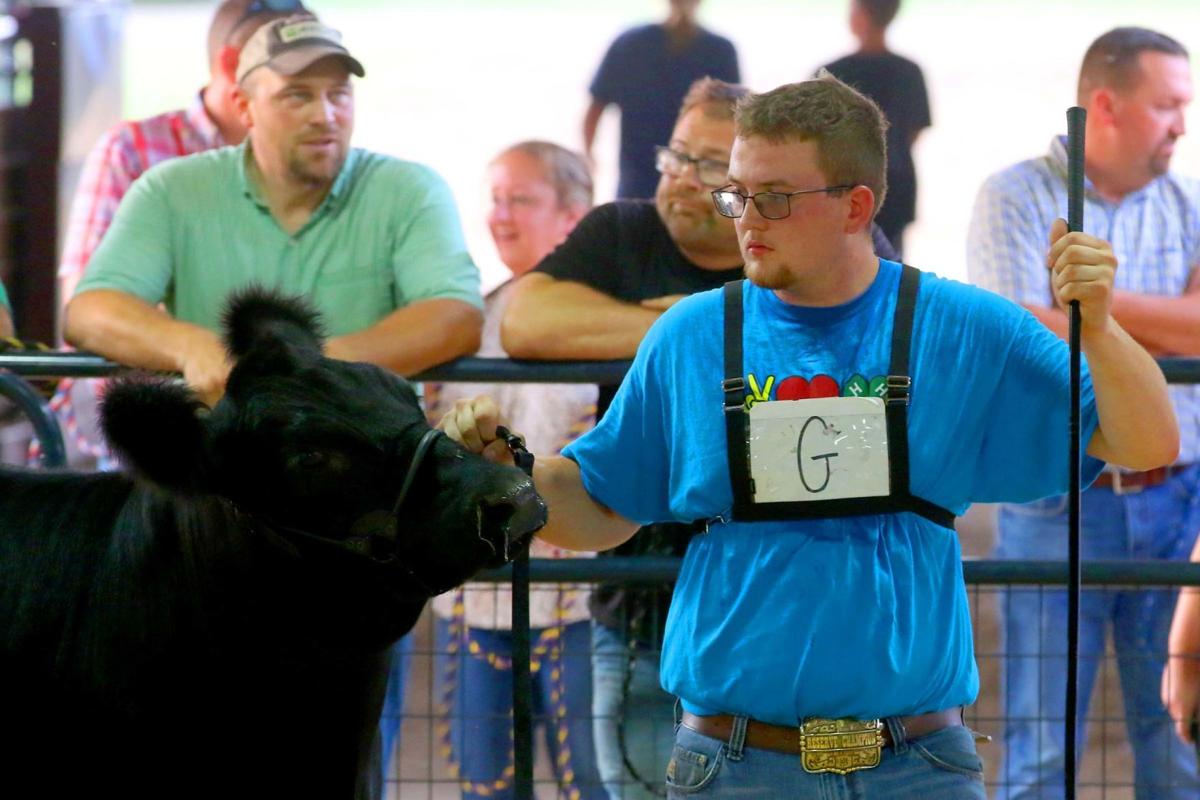 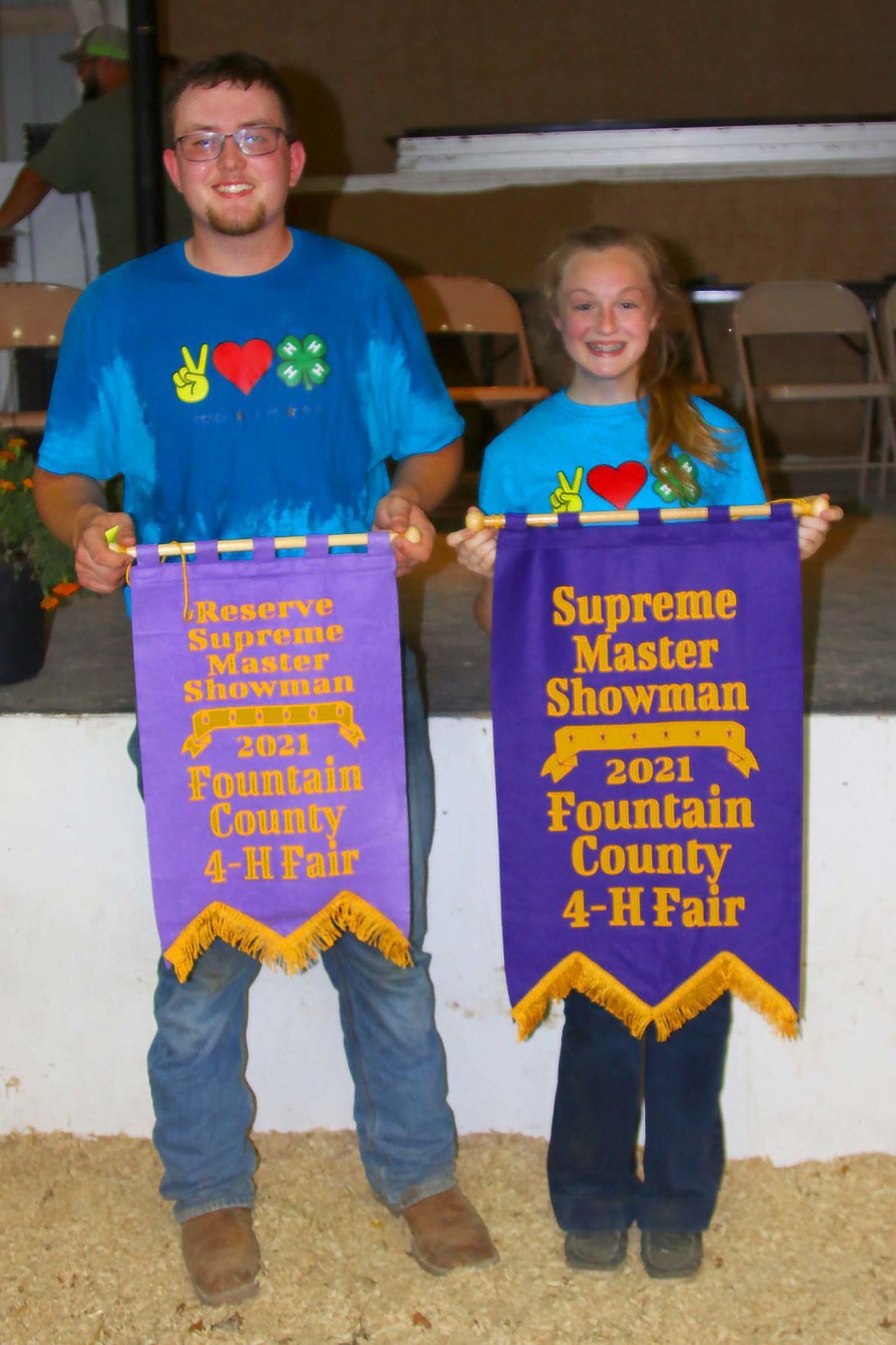 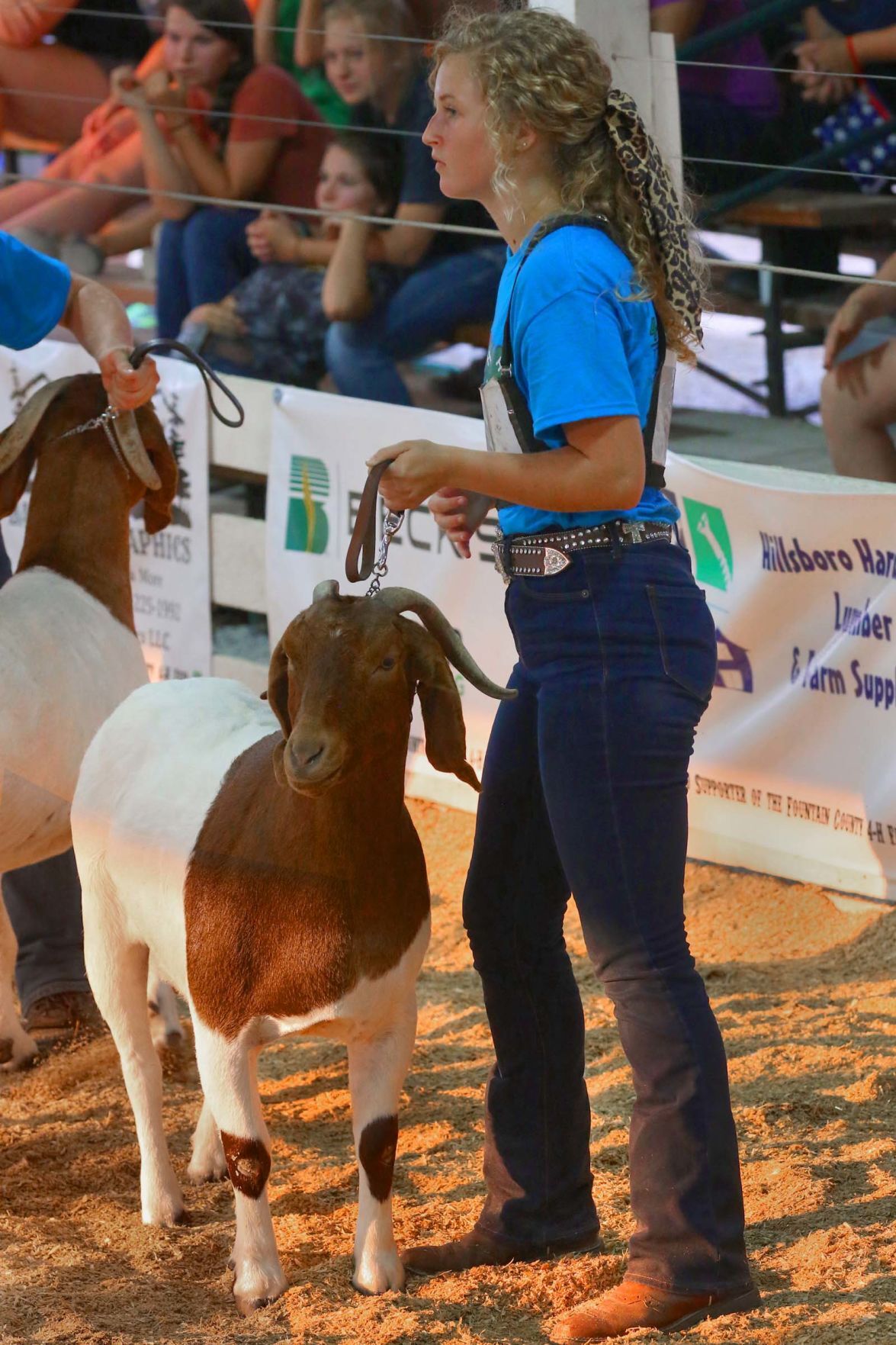 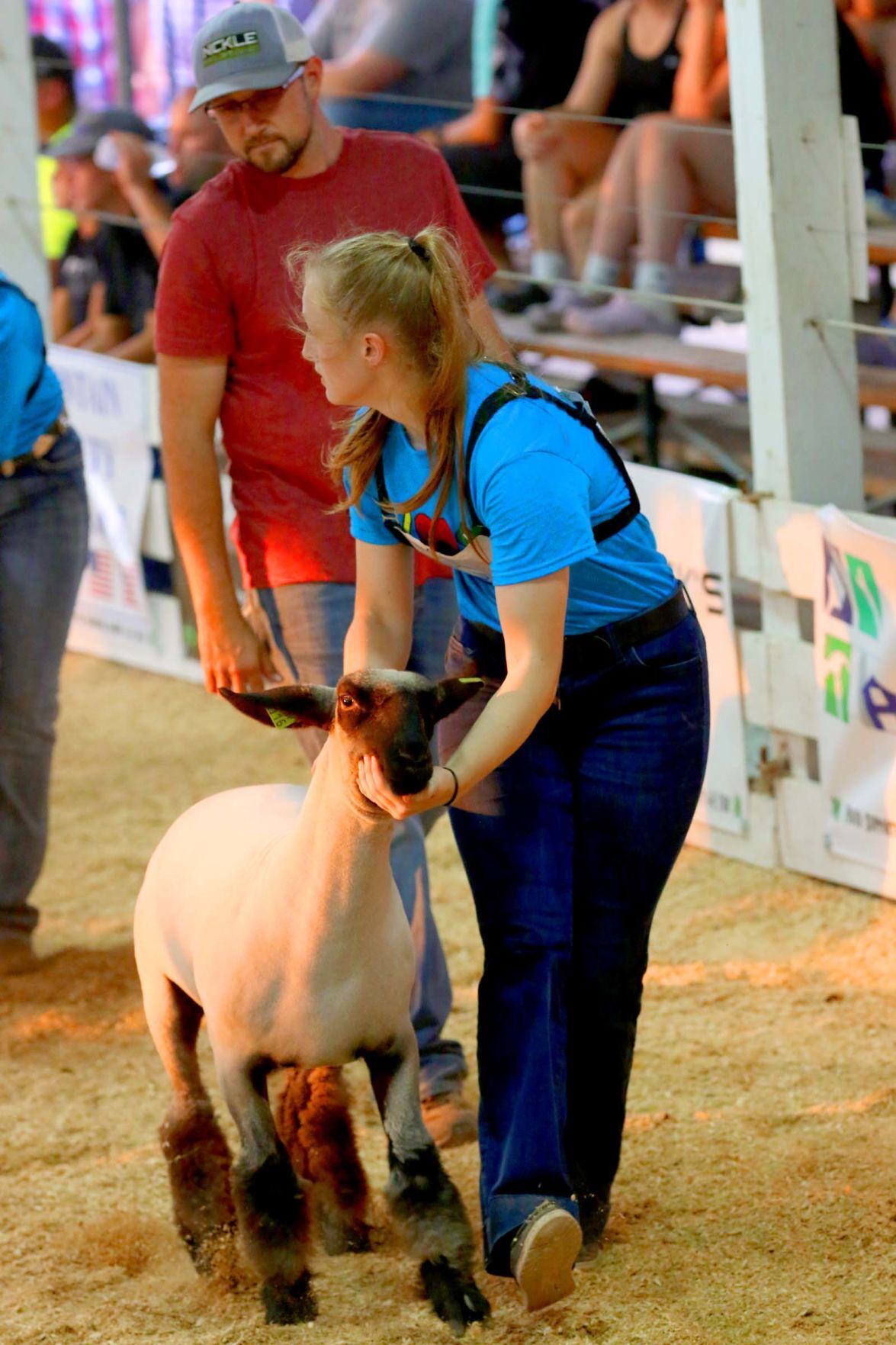 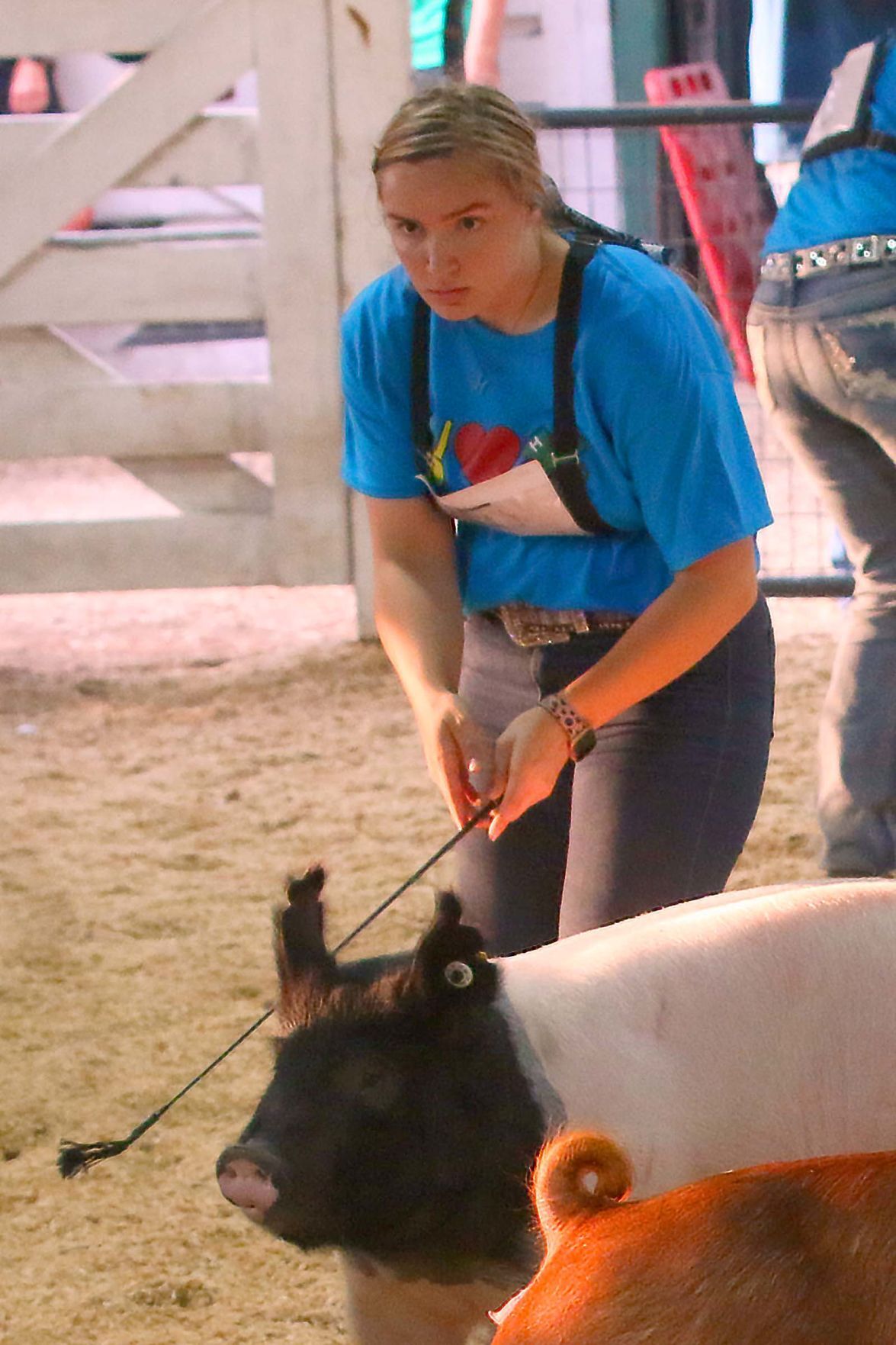 (Below) Travis Allenduff showing his speciality of Dairy Cattle to the judge.

The Master Showman contest is one of the most anticipated events at the Fountain County 4-H Fair every summer as it lets seven of the best showmen in 4-H demonstrate their skills with animals.

The persons who were the top showman for each of seven types of livestock compete against each other showing not only their specialty animal, but also the other six categories.

Martin and Sims had won those same specialties in 2019 as had Duncan in 2018.

Prior to the start of the event, all seven contestants were assigned a letter (from A-G) to wear on a bib so that the judges (who are specialists in each animal and from outside of Fountain County) can score them without knowing their names or specialties.

The judge watches from a distance as the participants display the animal both standing still (except swine) and moving around the grounds.

He or she then approaches each individual and asks questions about the animal to test the knowledge of the contestant on such things as the breed, its anatomy and anything else the judge deems to be important.

Participants are not only judged on their handling and knowledge of the animal, but also on eye contact with the judge, their poise and their overall comfort (or discomfort) in dealing with the animal being displayed.

After each animal showing is complete, the judge rates the participants and turns the score into the event officials who compile them to name the winner and runner-up.

Unlike some years when the animals have been either very docile or very frisky, this contest saw a few minor handling problems according to Duncan.

“They weren’t bad, but they were uneasy,” he said about the animals’ behaviors. “I really only had problems with one of them.”

Dawson, a 7th-year 4-Her who will be attending Fountain Central this fall, was in agreement with Duncan about the uneasiness of the animals, but said she had no real issues.

“I thought the horse was the hardest to show,” she said, “and beef was the easiest.”

Asked how she prepared for the Master Showman contest, Dawson replied, “I watched all the other showman contests and then asked for help about each one.”

By winning the contest in her 7th year in 4-H, Dawson will be unable to participate in Master Showman contests in future Fountain County 4-H Fairs, but she will still be able to show her sheep at the Indiana State Fair, an event she plans to attend.