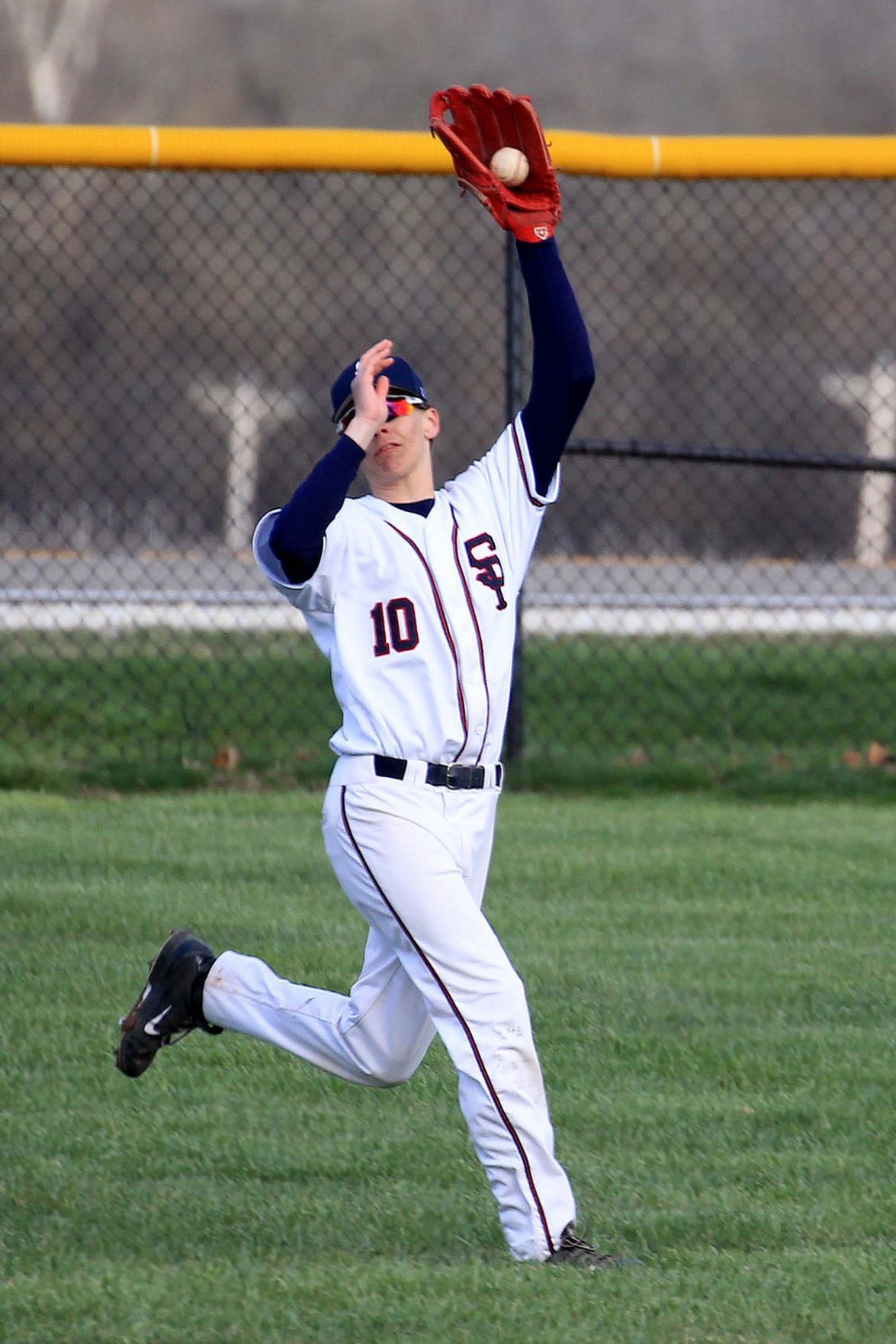 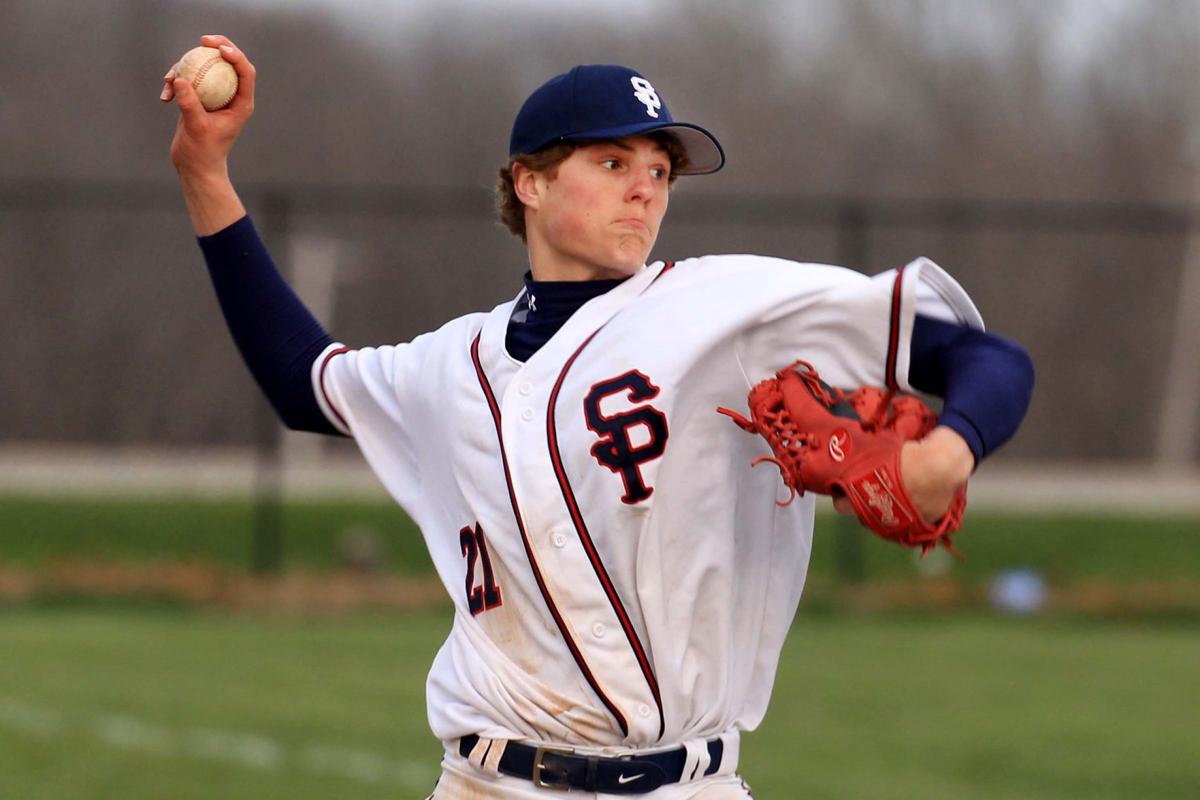 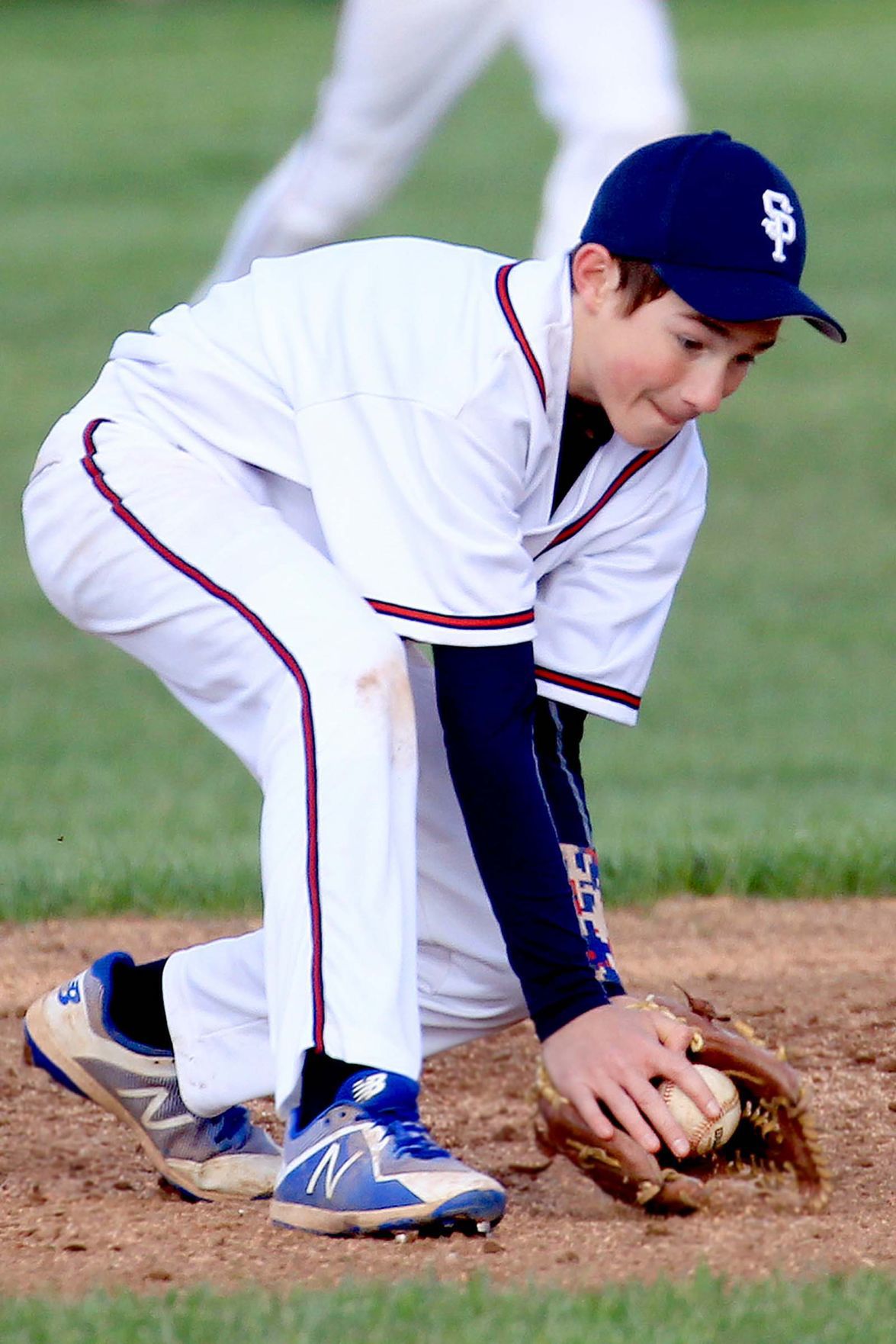 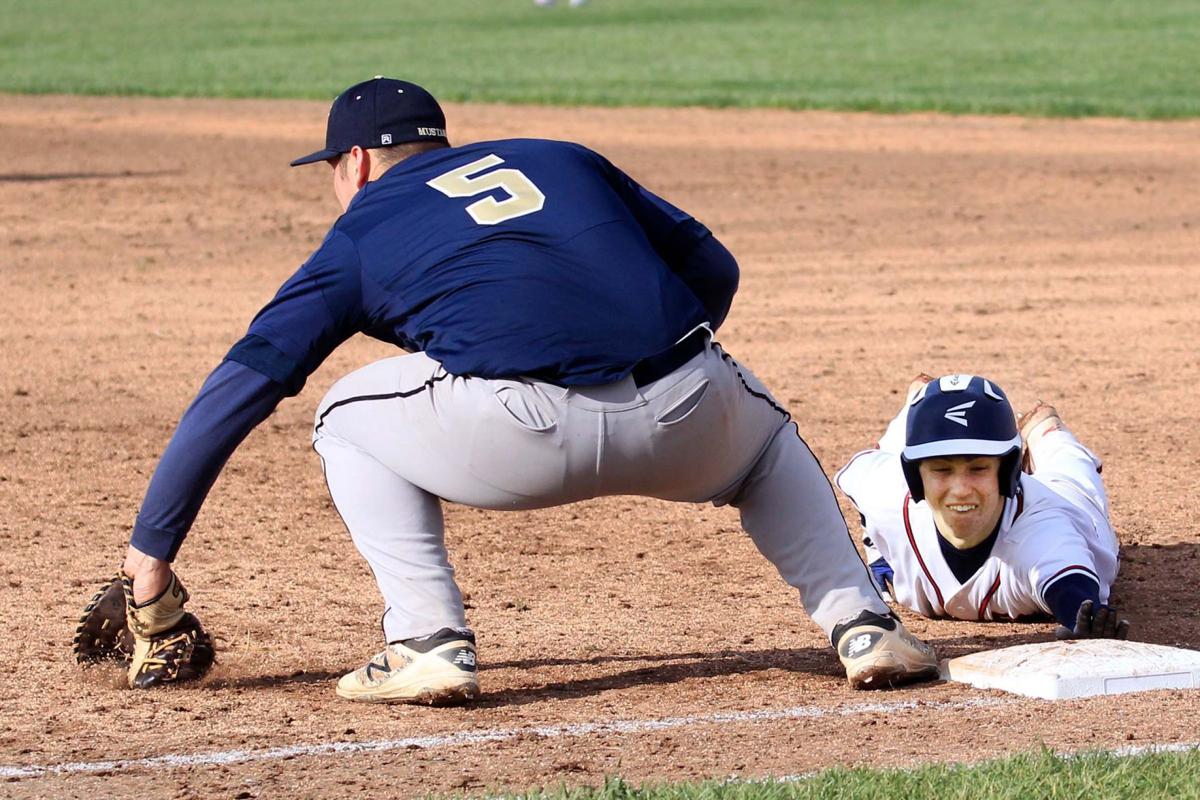 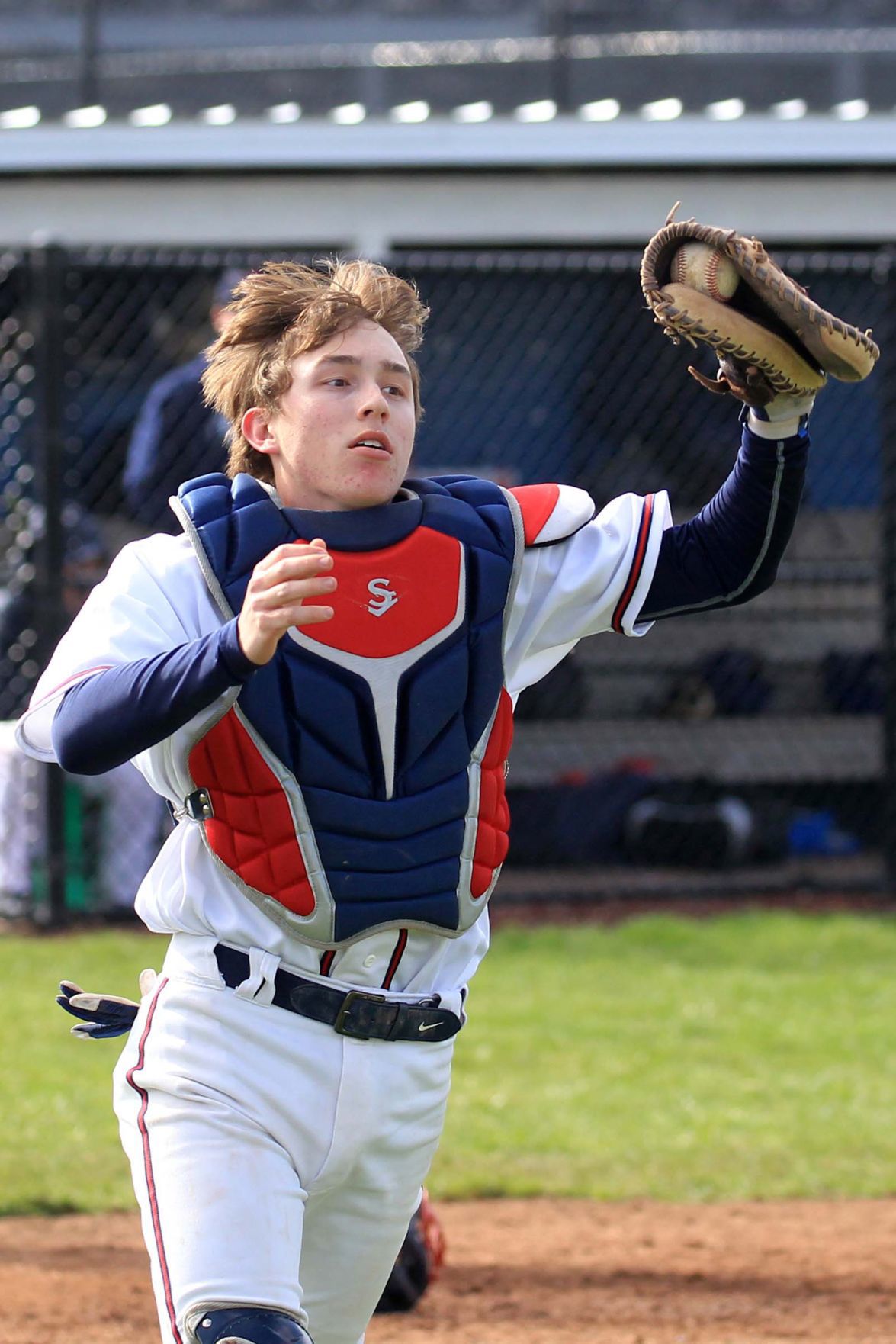 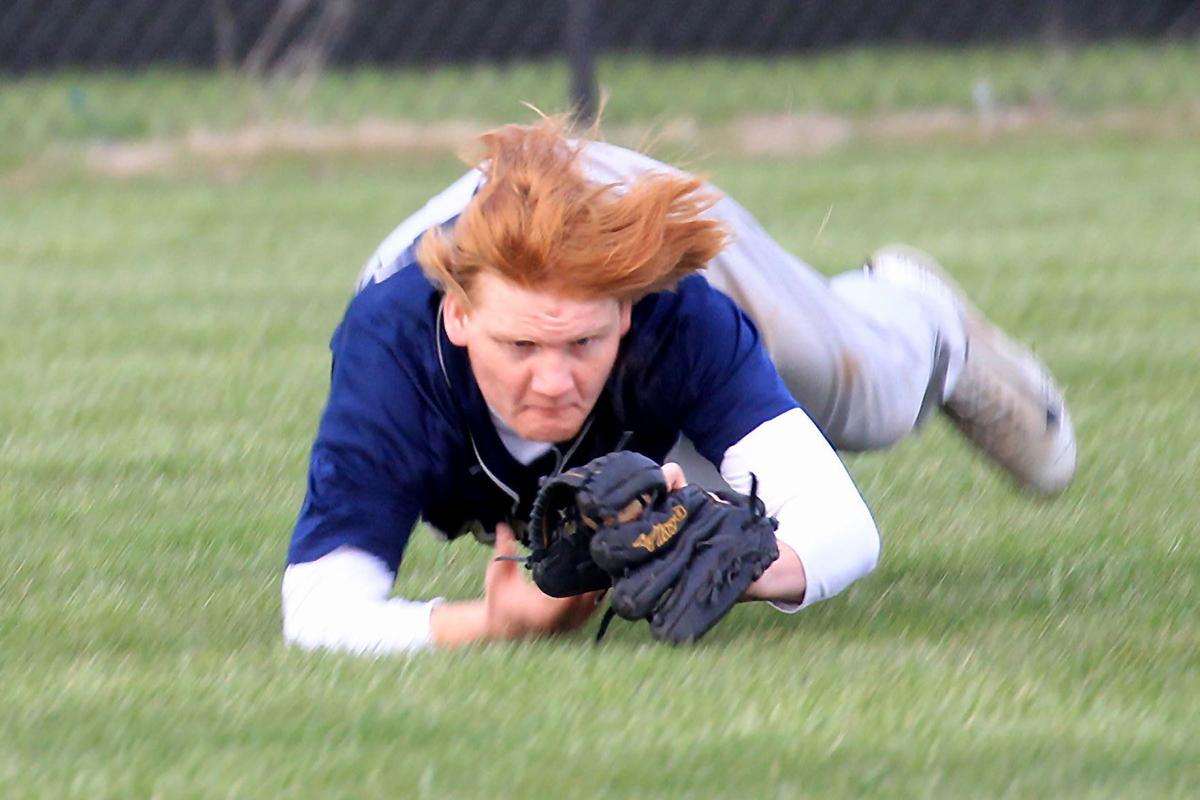 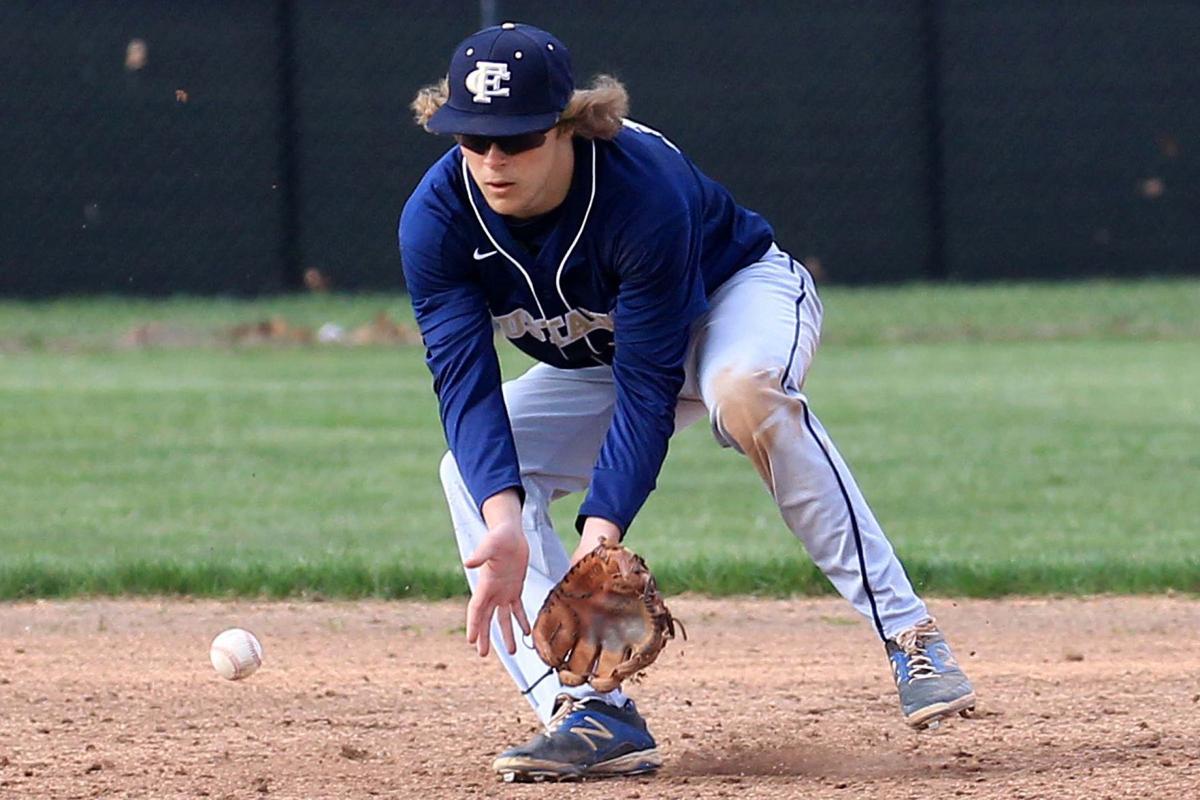 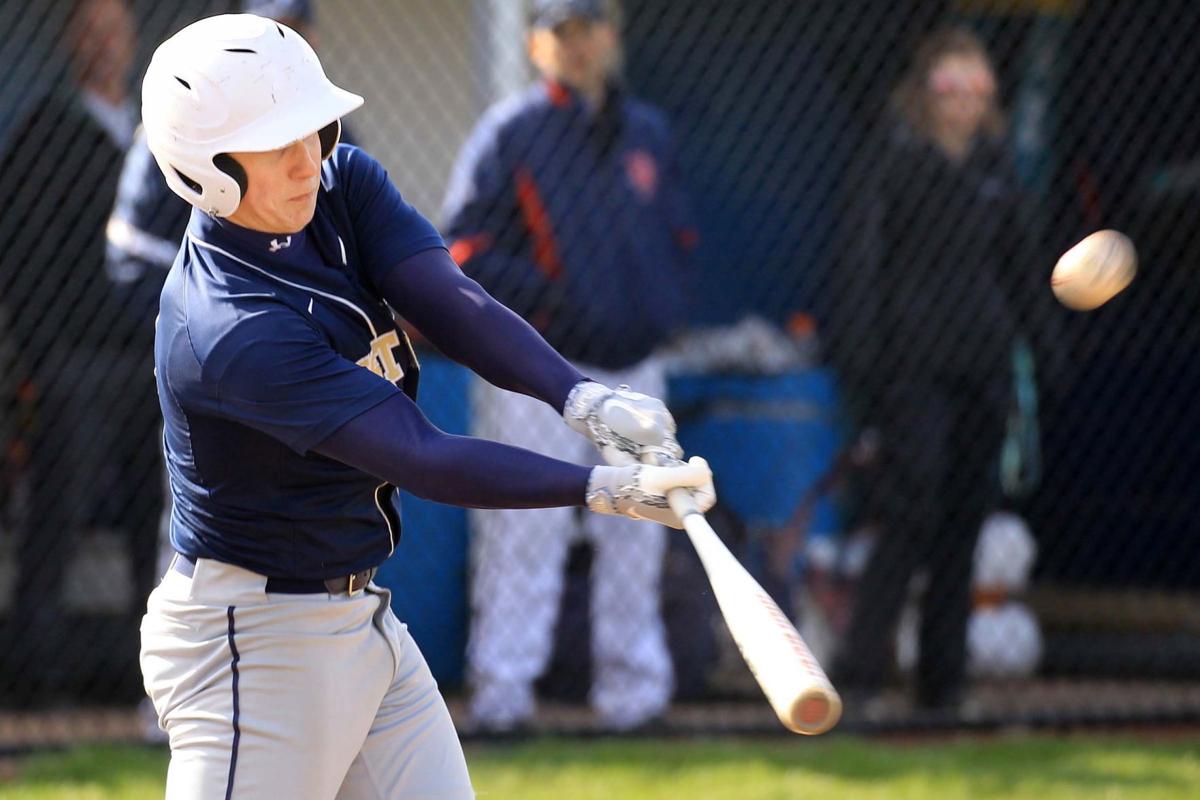 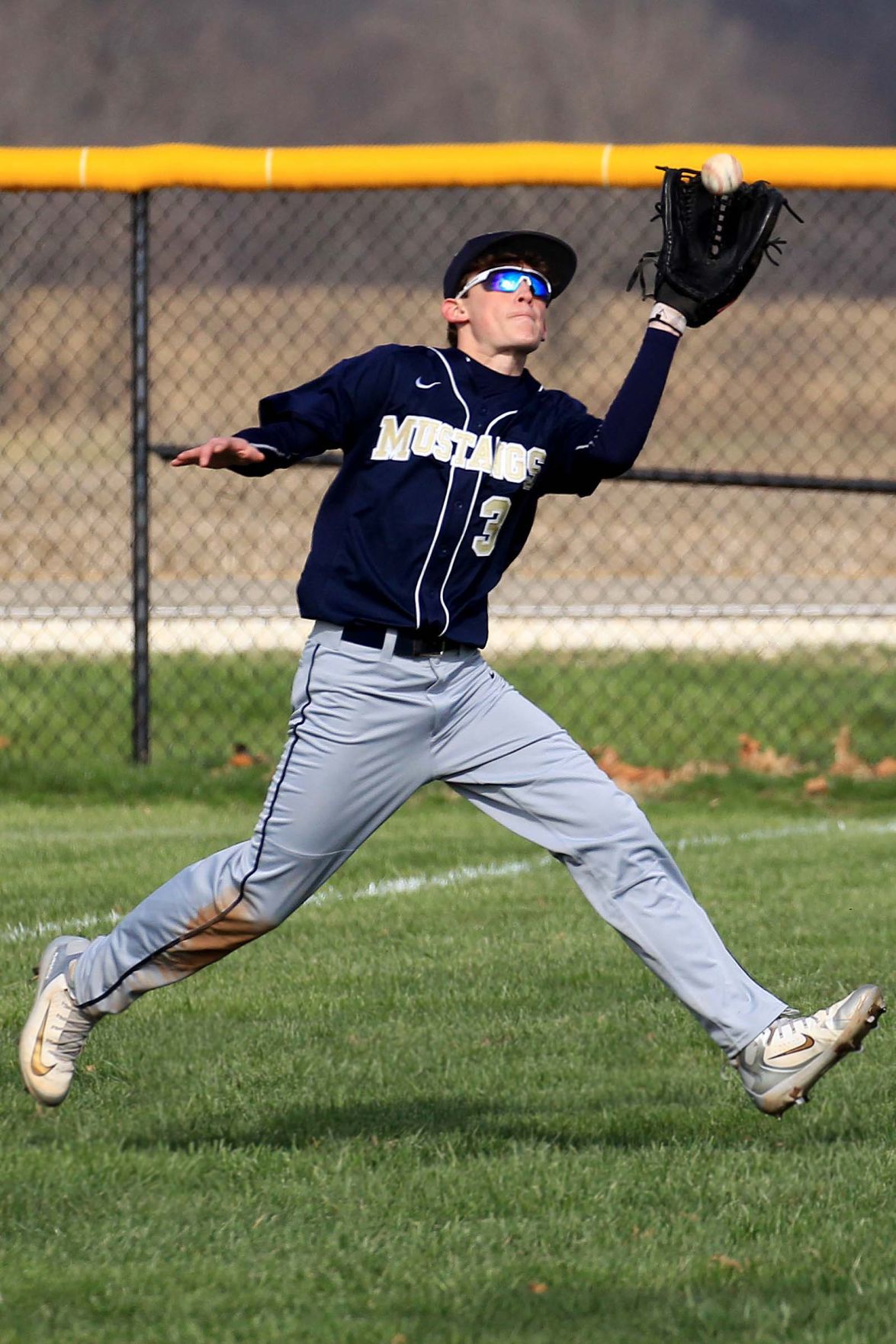 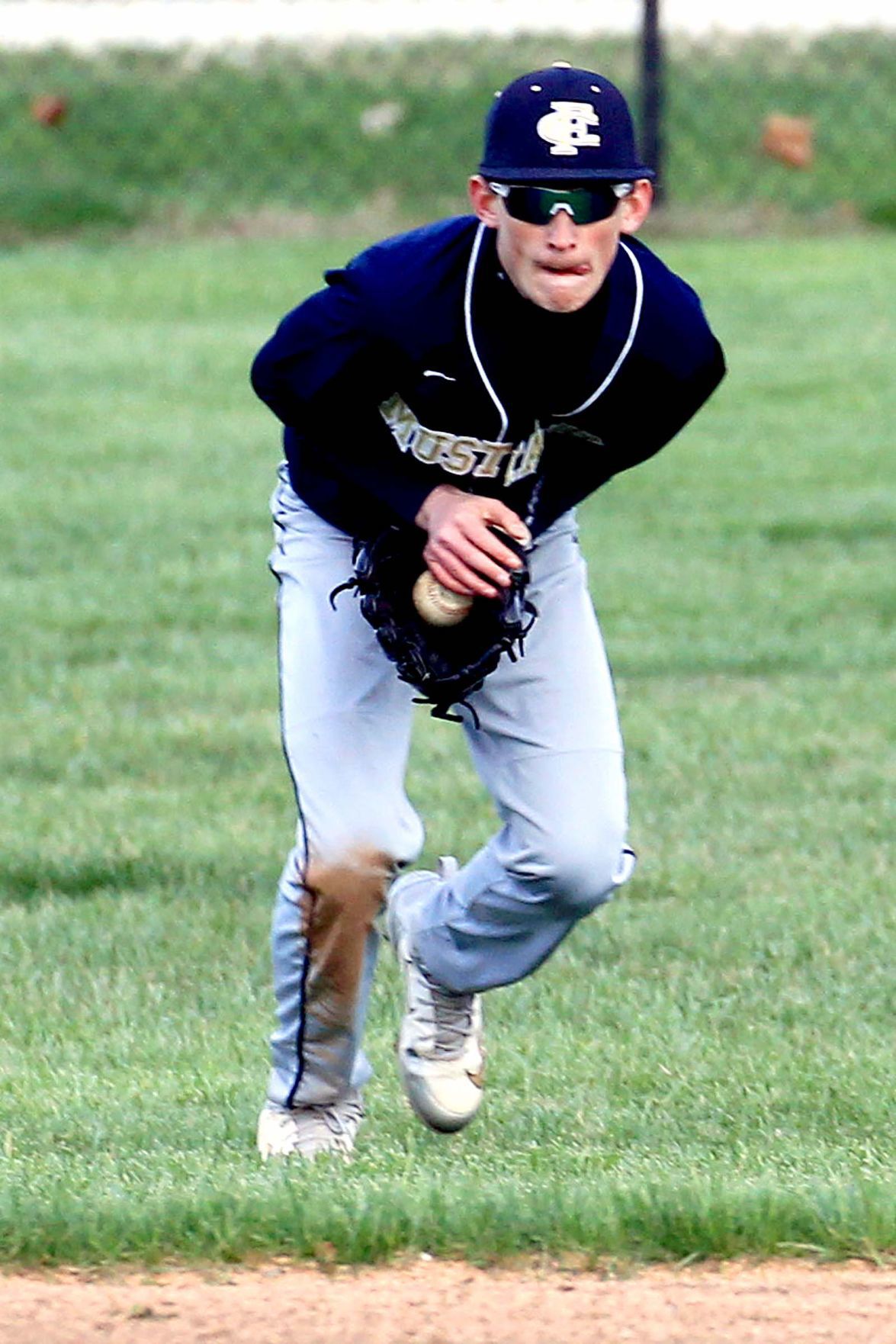 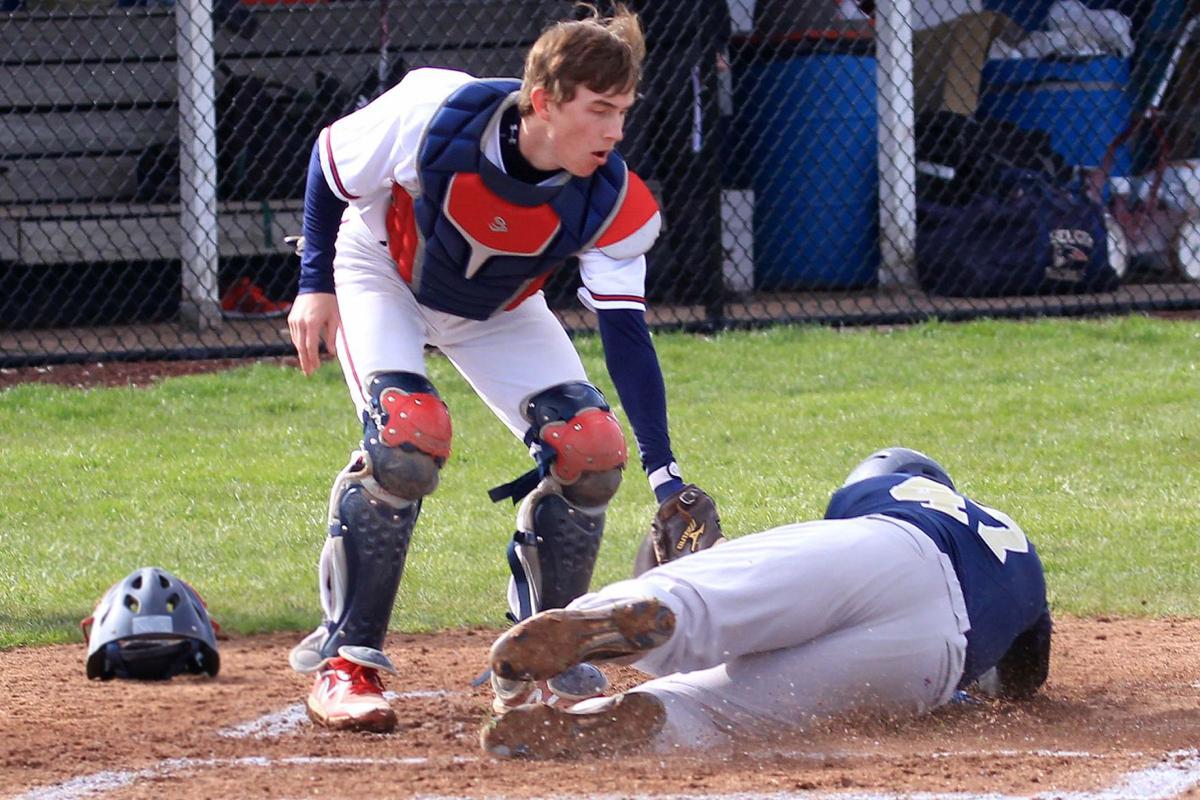 The game between host Seeger and Fountain Central started out as a baseball game, but for the final two innings, it resembled a marathon as both squads made big pushes to win it, scoring multiple runs in each half inning.

When it was over, some three hours and ten minutes later, the visiting Mustangs had come out on top by the score of 15-13.

It was the hosts who got on the scoreboard first, picking up a run in the first inning when Khal Stephen reached base after being hit by a pitch, moved to second on a wild pitch and then scored when Bennett Sprague singled him home.

Fountain Central looked as if they might put the game out of reach in the second inning as they sent eleven batters to the plate and scored six runs.

The Mustangs got doubles from Josh Adams, George Valencia and Jake Smith to go with singles from Valencia, Smith, Carson Eberly, Nick Newell and Brandon Howell along with a sacrifice fly from Brad Howell.

It was not until the fourth when anyone scored again and it was Seeger who picked up a run on singles by Garett Drake and Greyson Green along with a fielder’s choice by Nate Hennessey that scored Drake to make it 7-2.

In the fifth, the Patriots plated three more runs, getting doubles from Stephen and Green along with a single by Hennessey and a sacrifice fly from Khayne Stephen for a 7-5 score.

Fountain Central pushed their lead back up to four in the sixth as Newell singled, Brad Howell made sacrifice bunt, Adams singled and Brandon Howell doubled for a 9-5 score.

Seeger batted around in the bottom of the sixth, sending four runners across the plate to tie the contest at nine-all.

Ethan Rothenberger walked and was replaced by pinch runner Jameson Sprague who moved to second on a passed ball.

The Patriots then used a double steal, an infield single, a pair of Mustang errors and well-earned walk by Drake, who kept fouling off pitches until he saw ball four, to score the remaining three runs.

With the game tied at 9-9, Fountain Central came up in the top of the seventh and sent eleven batters to the plate, scoring six runs.

After a strikeout, Brad Howell reached first as a hit batsman and then Adams, Brandon Howell, Smith and Valencia all hit singles that made the score 15-9 when the next batter struck out.

Trailing big, it would have been easy for Seeger to mail in the game, but they came out battling and sent nine players to the plate before the inning was over.

Rothenberger singled, but was erased on a fielder’s choice, but Khal Stephen and Bennett Sprague singled to load the bases.

A wild pitch scored a run and allowed Stephen and Sprague to move to third and second respectively.

Khayne Stephen doubled, driving in Khal and Bennett for a 15-12 score.

Drake then singled home Khayne to make it 15-13 and then after a strikeout for the second out of the inning, Hennessey walked which put the tying runs on first and second and the winning run at the plate, but the ensuing batter struck out to end the game.

Fountain Central coach Adam Acton used several pitchers including Brandon Howell who was scheduled to pitch the next day to shut down the Patriots in the final innings.

“We put too much into it so we needed to win it,” Acton said about bringing in Howell. “I was happy with our resilience, but I expected it because we know what kind of talent we have.”

Reed Foxworthy, the Seeger head coach, called the game “a battle” but also said it was “a fun game for the fans.”

He liked the way his team fought back, saying “Tying it after being down 9-5, really made me happy” but then he added “We just couldn’t seem to get that last out we needed in a couple of innings.”

Foxworthy closed by saying, “The best thing about baseball is we get to play tomorrow and it’s against them.”

However, it turned out that he did not like that outcome any better, as the Patriots fell on the Mustang home field by the score of 20-4 in five innings.