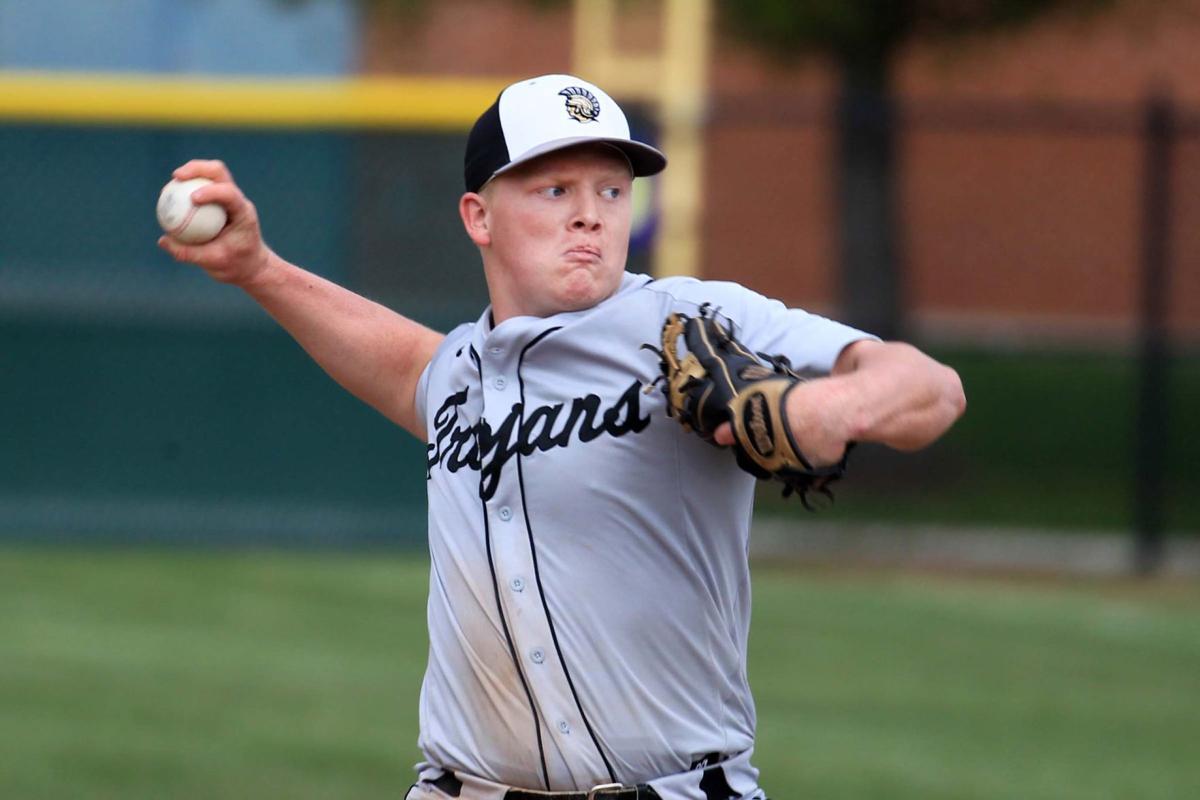 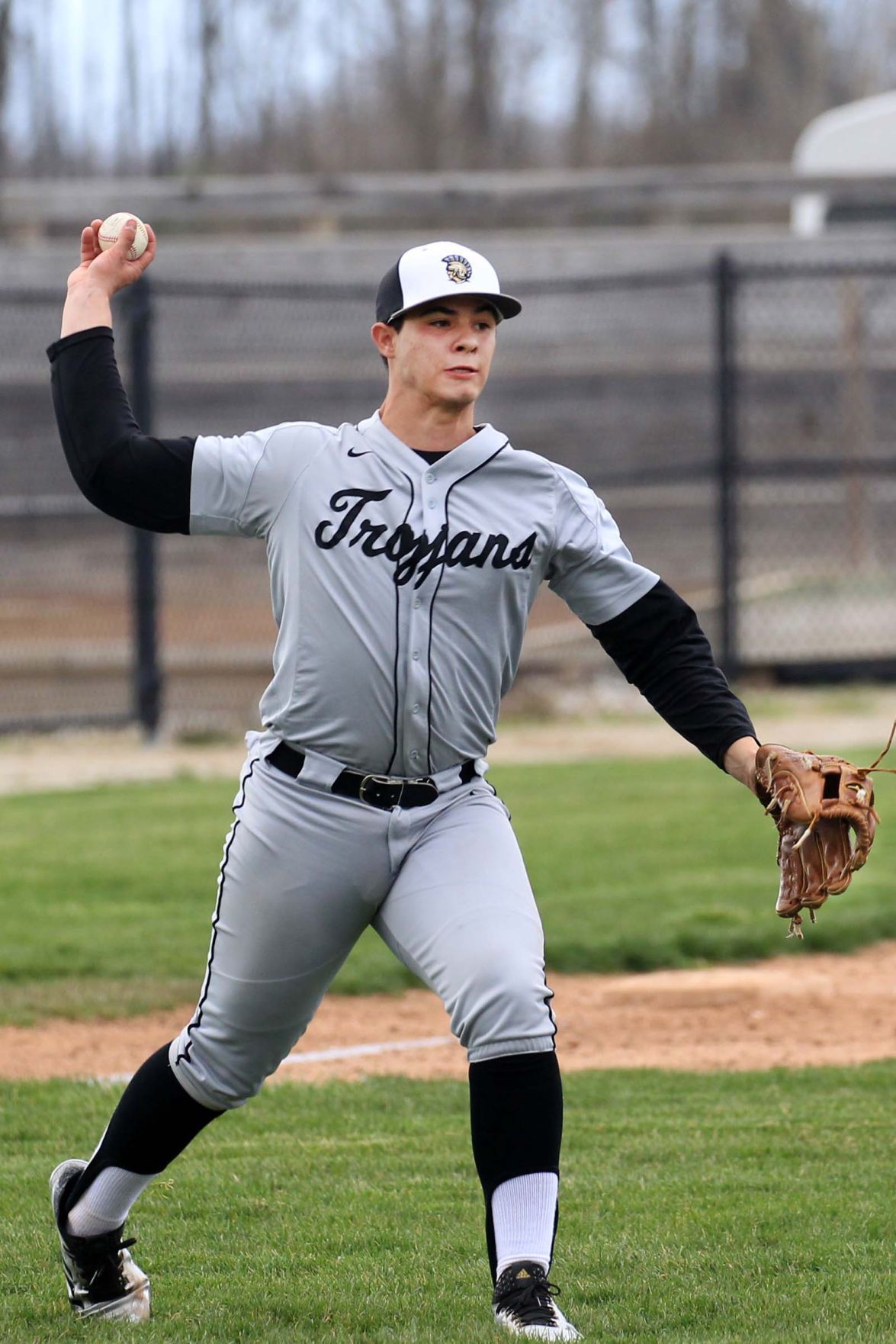 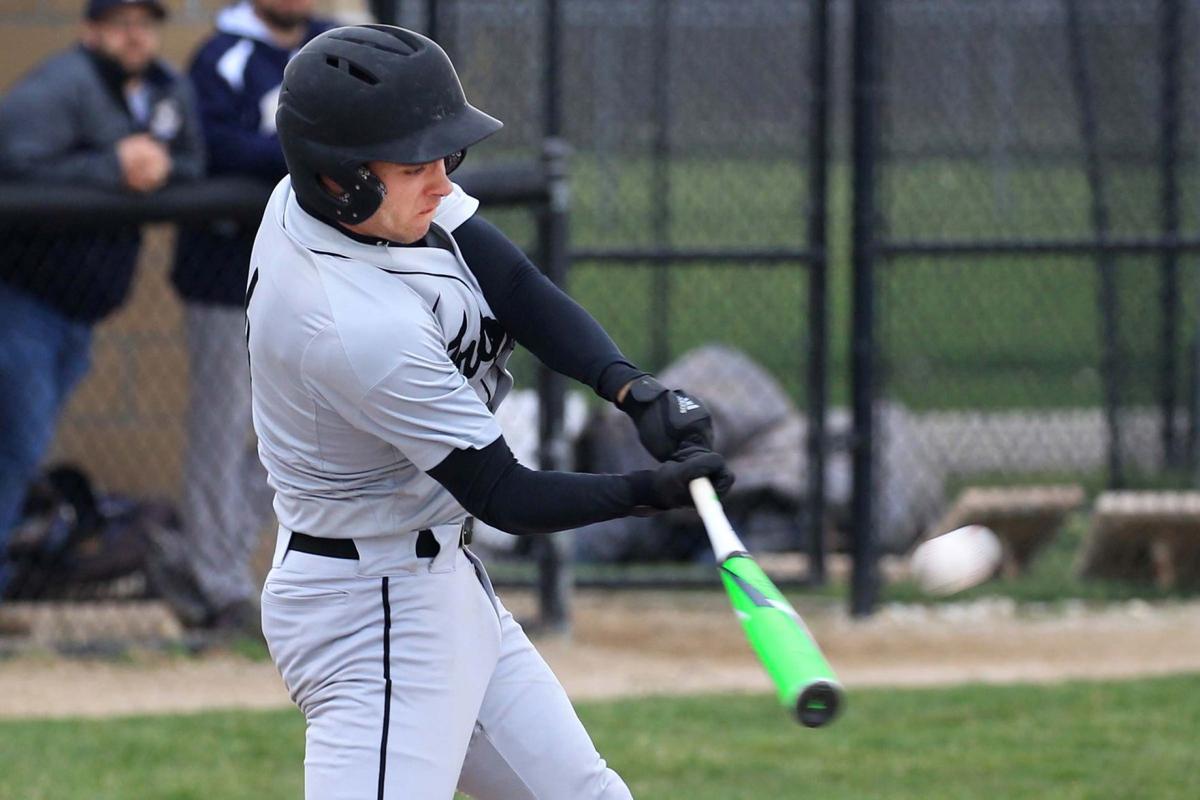 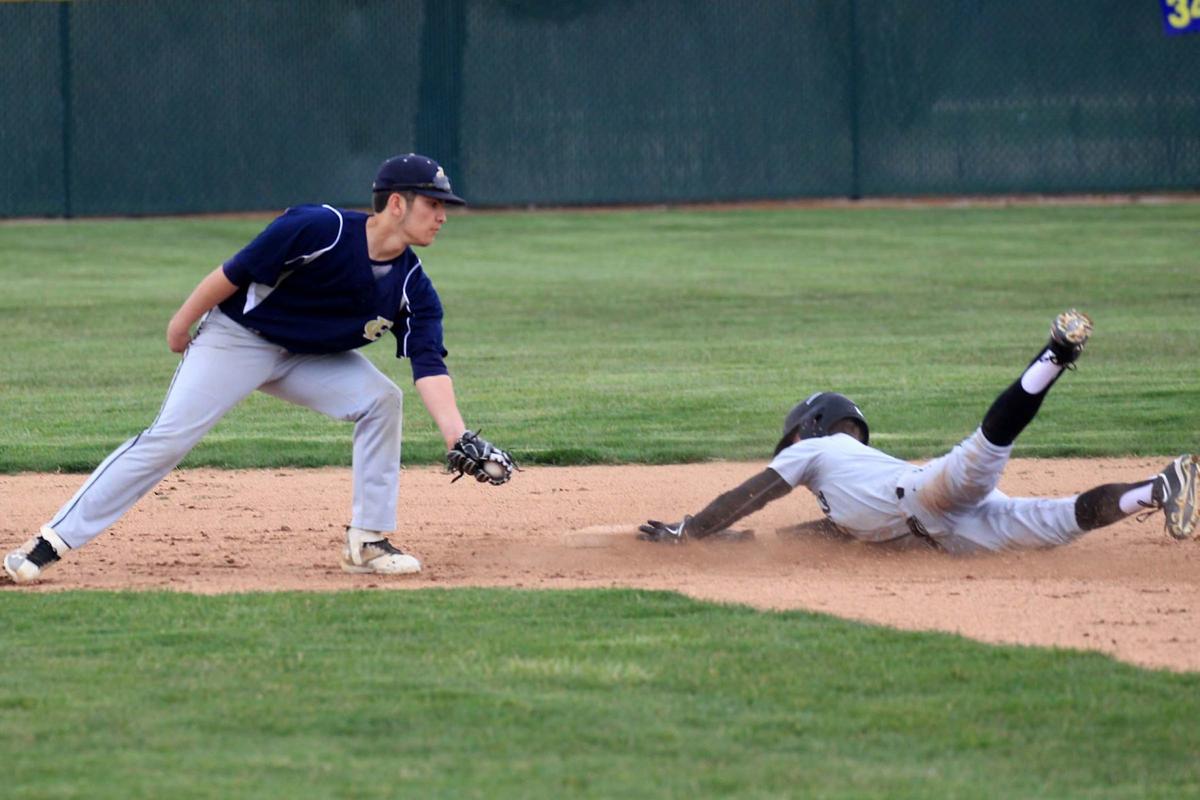 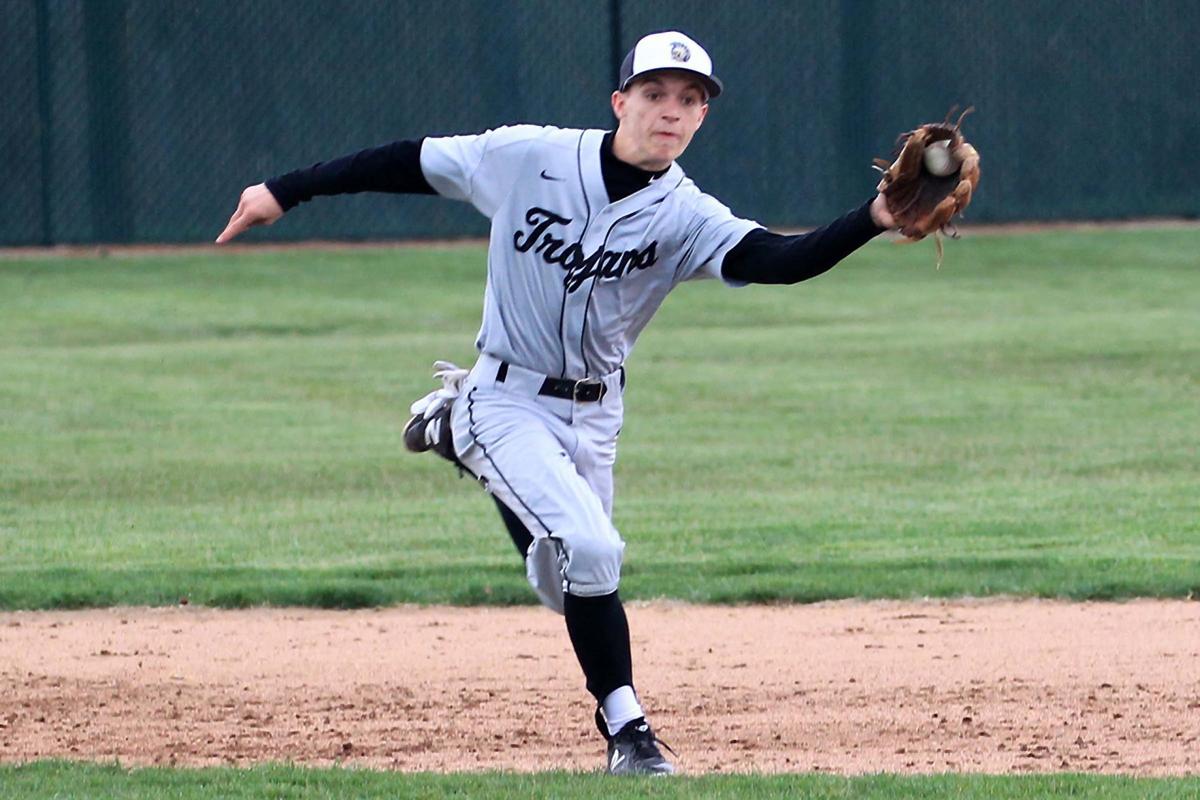 Bradley Slider of Covington makes a running grab of a one-hopper in the bottom of the first inning. Fountain Central defeated Covington 6-4. 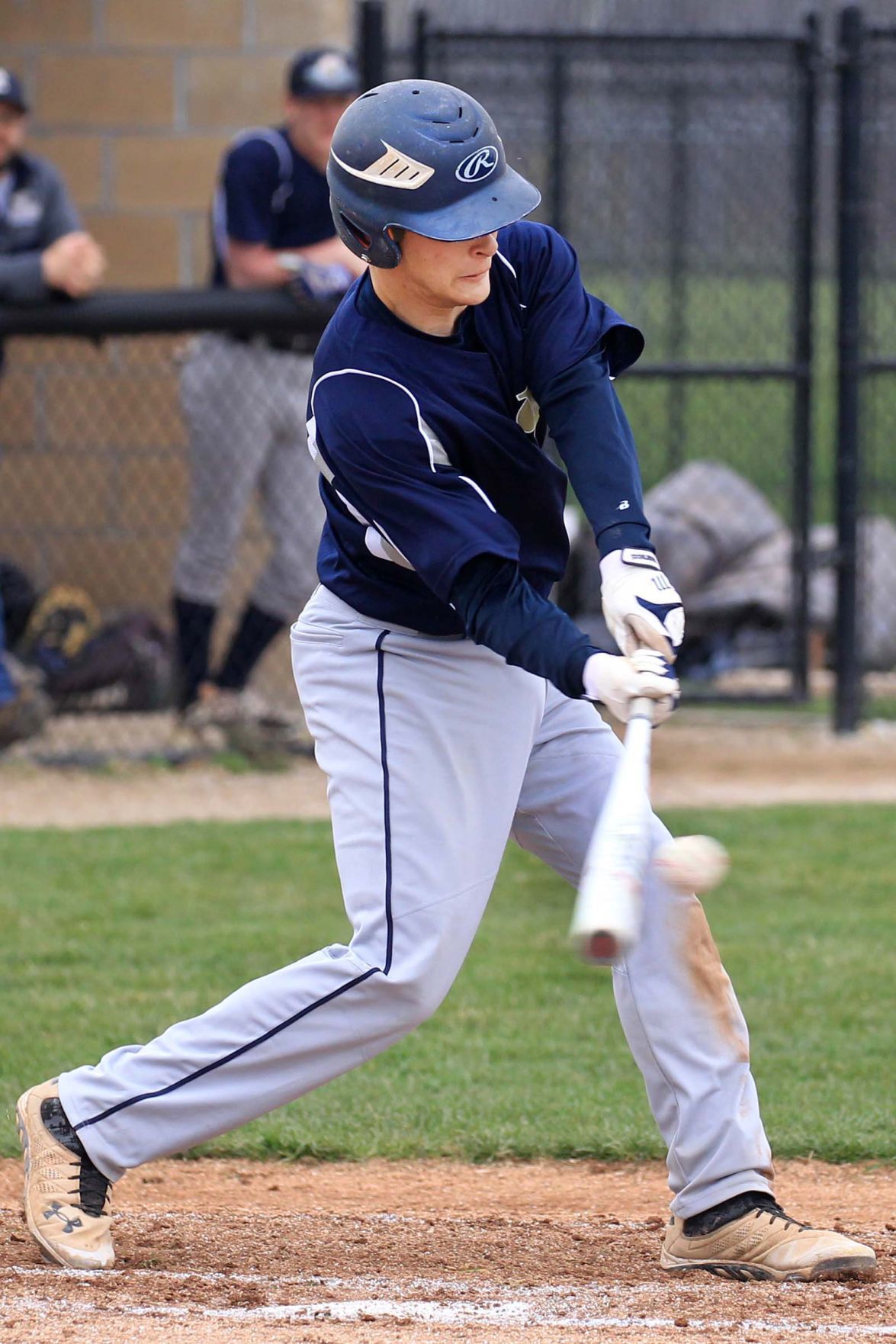 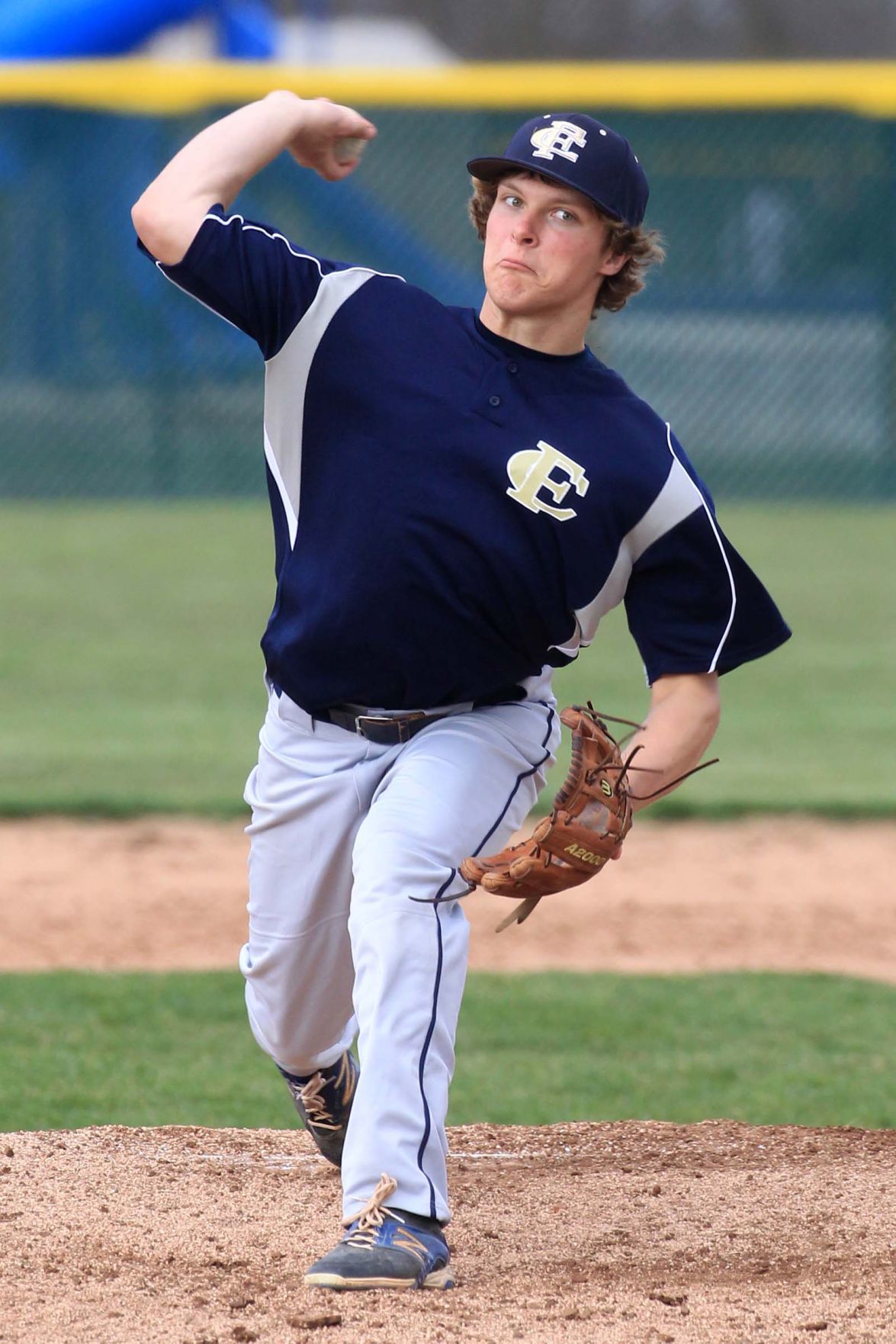 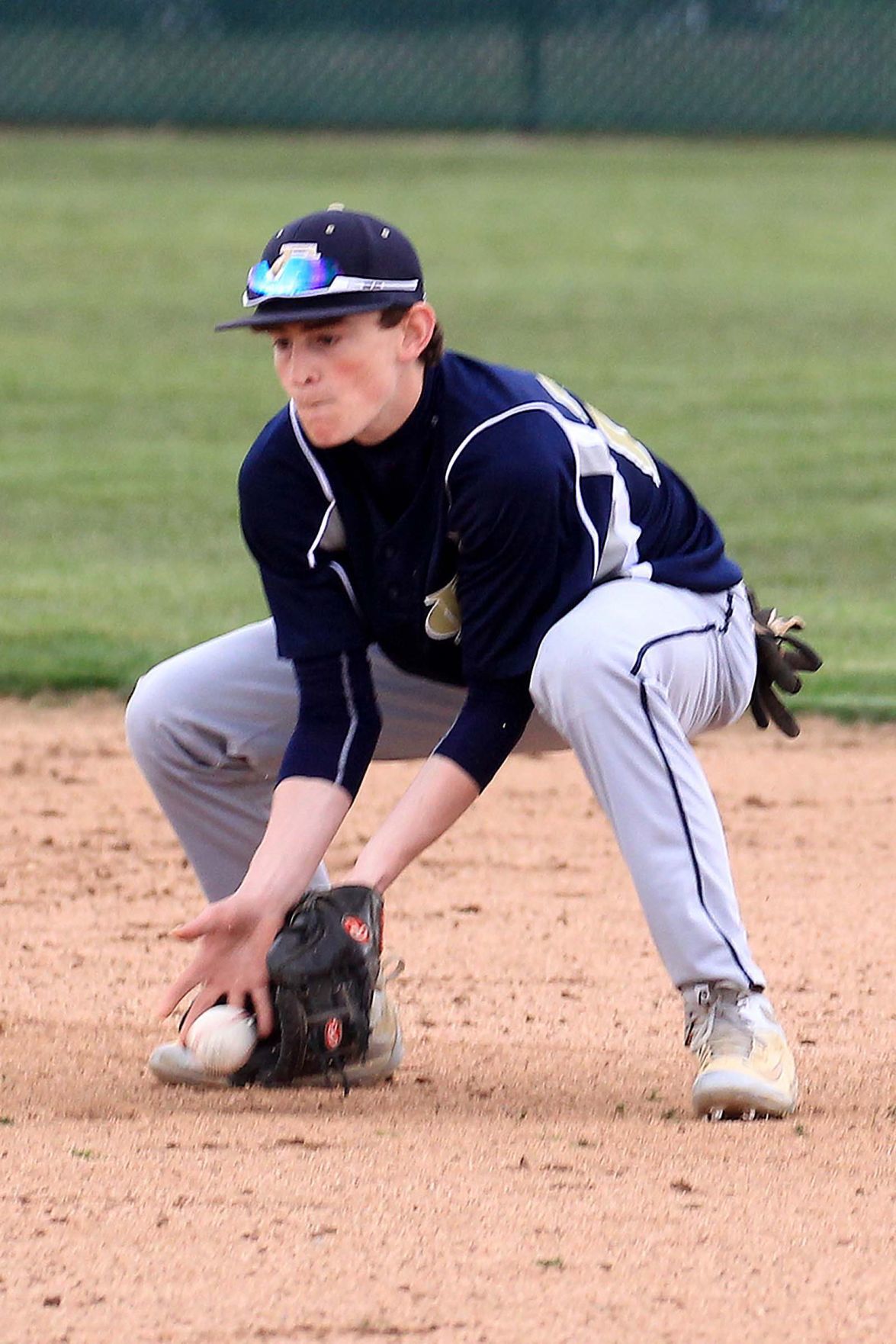 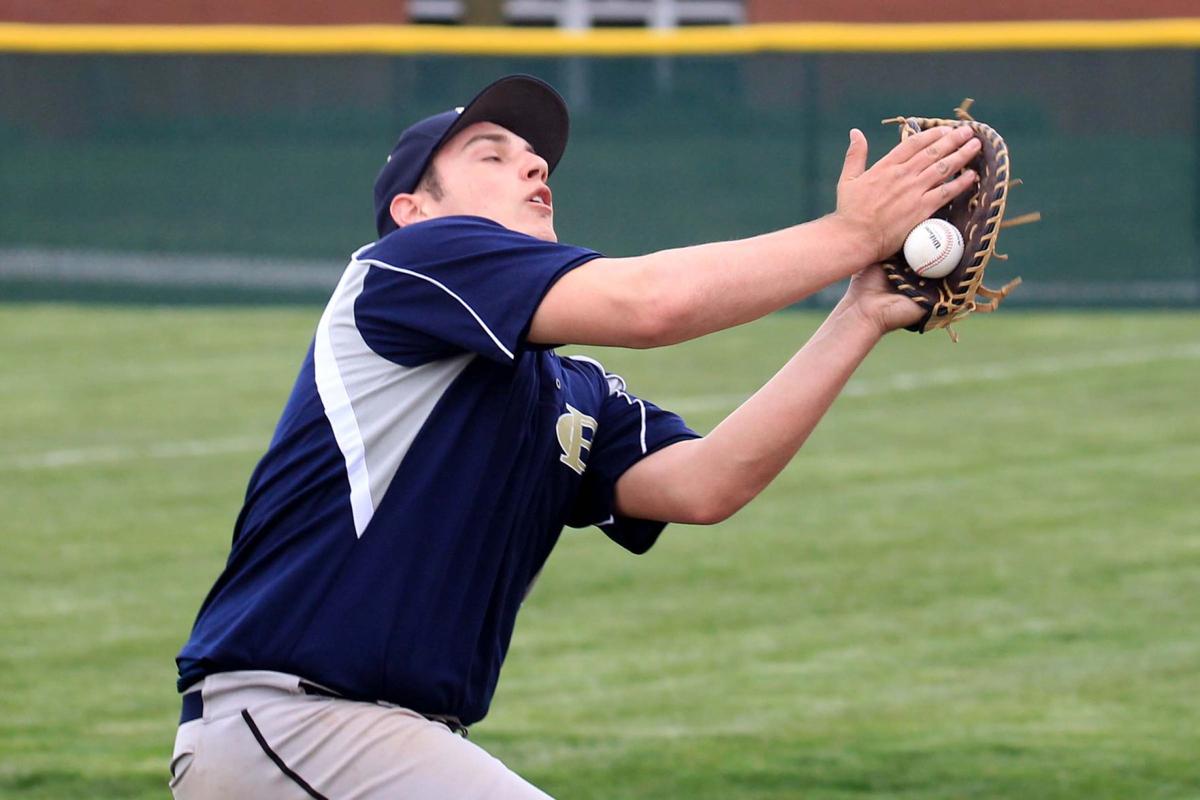 Bradley Slider of Covington makes a running grab of a one-hopper in the bottom of the first inning. Fountain Central defeated Covington 6-4.

Errors were king when Covington traveled to Fountain Central for a Wabash River Conference baseball game.

Scoring plays by both teams often happened in part because of a missed grounder or bad throw in a contest that the Mustangs won 6-4.

There were eleven errors in the game, six by the Trojans and five by the hosts and it seemed that almost all of them came crucial times.

Covington came up to bat in the first inning and saw AJ Kline single to center and steal third with one out.

Tanner Dreher sacrificed him to third from where he scored on a wild pitch to give the Trojans a 1-0 lead with the Mustangs yet to bat.

That lead lasted for exactly one out in the bottom of the inning as Brad Howell doubled, Josh Adams singled him to third from where he scored on a sacrifice by Brandon Howell that tied the game at 1-all and also allowed Adams to move to second.

Jake Smith singled, which sent Adams to third, and then George Valencia singled to drive in Adams for a 2-1 score.

Fountain Central added to their lead in the second as Carson Eberly reached on an error, advanced to second on a Brad Howell single and then raced home for a 3-1 Mustang lead as the Trojans made their second error of the inning.

Covington coach Evan Willis was unhappy with the sloppy play of his team, saying, “We made too many mistakes. You can’t win if you don’t make routine plays and we didn’t.”

The Trojans pulled closer in the fourth inning as Dreher singled, stole second and Joe Crawley singled him home for a 3-2 tally.

It was not until the fifth inning that anyone scored again and, as it had earlier, an error contributed to the result.

Brandon Howell reached base thanks to being hit by a pitch and he scored when Smith, doubled off the left field fence to make it 4-2, but the Mustangs were not finished.

Valencia reached on Covington error with Smith moving to third.

Roger Dickison sacrificed Smith home and Valencia to third for a 5-2 score and then Nick Newell drove home Valencia to make it 6-2.

The Trojans responded in the top of the sixth, getting a run on a single by Kline who then advanced to third on a two-base error.

Dreher hit a deep fly ball that Adams grabbed in center field, but it was long enough to allow Kline to score to make it 6-3.

Logun Freed then doubled and Joe Crawley moved him to third with a single and later he advanced to second on a Mustang error.

The Trojans then caught what they called a bad break and the Mustangs would have said was an alert play on their part.

Brady Cutrell, playing in his last game before season-ending shoulder surgery, drilled a ball that looked to be headed into the gap between center and right, but ended up being caught by second baseman Eberly.

Crawley had been racing for third, but with the catch, he had to return to second.

He was not in time as Eberly threw to Valencia who was covering second to convert a double play that ended the inning with the Trojans down 6-3.

“That was big,” Willis said. “I thought it was going into the gap. We had a chance to get back into things, but we didn’t – that’s baseball.”

His team had one last chance in the top of the seventh as, after two outs, Logan Myers reached first on a Mustang error and a second one let Keaton get there with Myers moving to third.

With runners on the corners, Brandon Howell, who would go on to record a complete-game win, threw a wild pitch that let Myers race across the plate to make it 6-4 with Fye moving to second.

Kline, the tying run, got on with a walk to bring the potential lead run to the plate, but Howell got him to hit a fly ball for the third out to end the inning and the game.

“I thought we focused pretty well tonight,” Acton said. “We talked about being aggressive and I think we were.”

Willis spoke only briefly to his team after the loss.

“I told the team after the game that there wasn’t much to talk about,” he said. “We’ll do some defensive work tomorrow, but there isn’t much to change. We just have to go out and play better than we did tonight. We’re a better team than we showed tonight.”