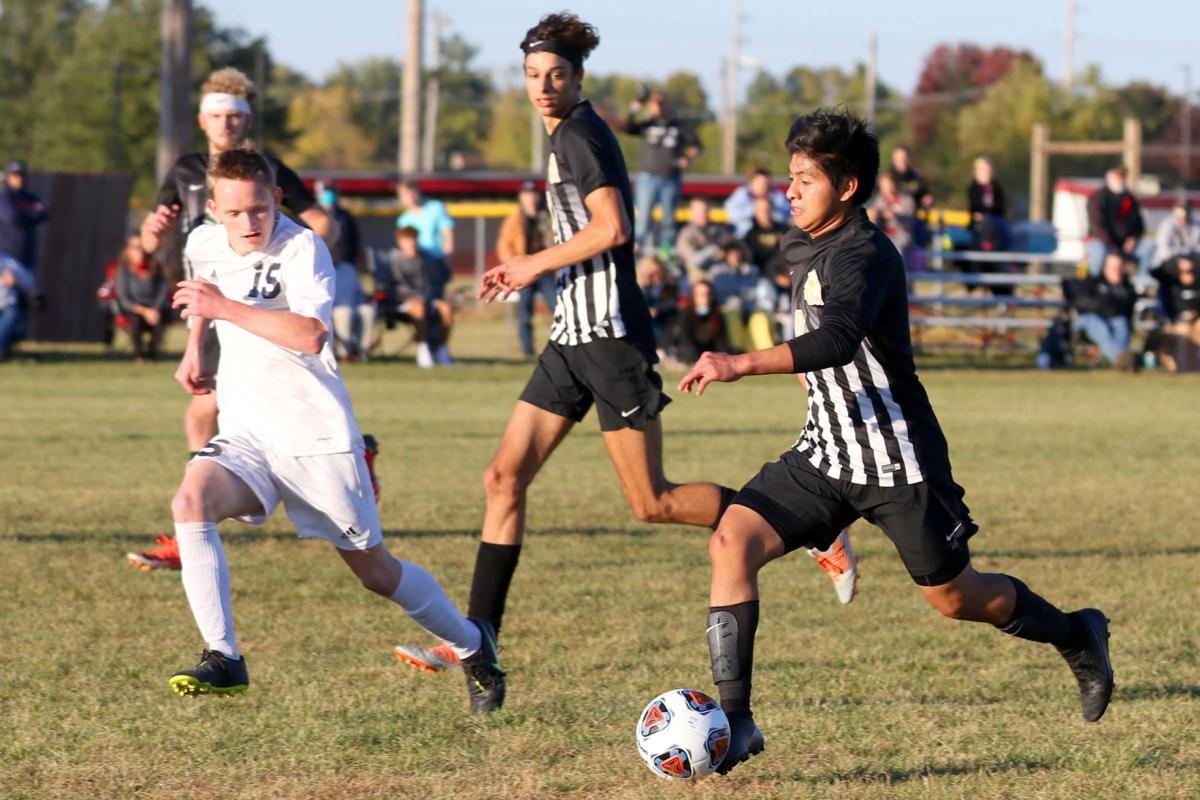 Anibel Perez of Covington dribbling up the field. 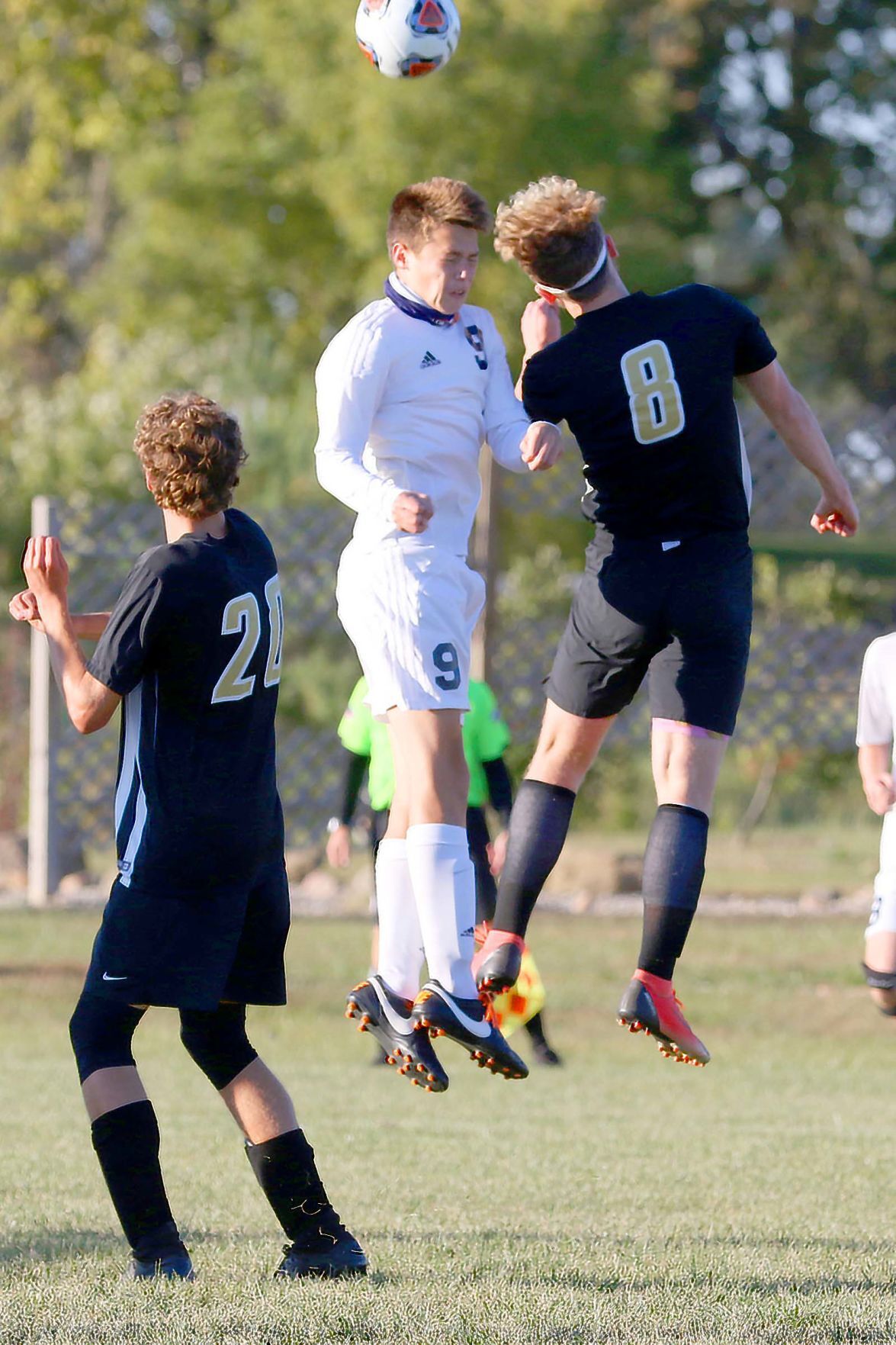 Logan Pinkerton of Covington flicks a header at goal. 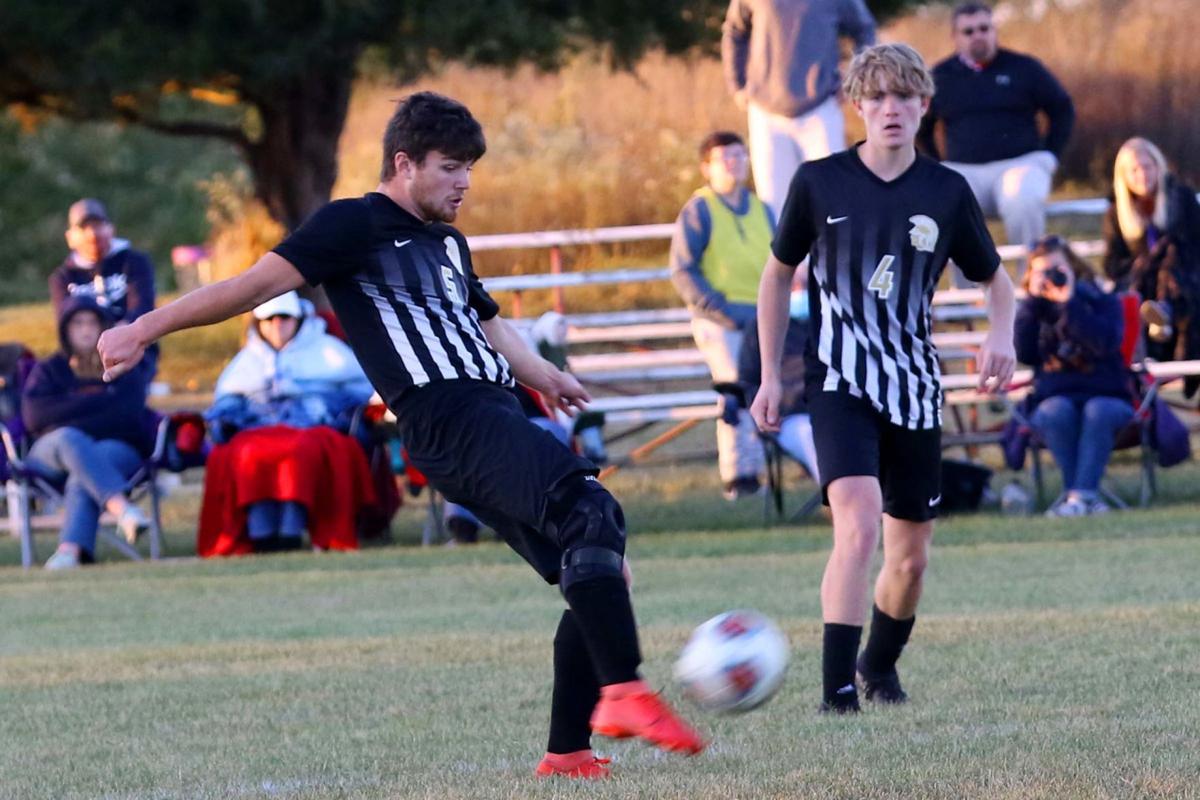 Brydan Gaskill of Covington clearing ball up the field late in the game.

Anibel Perez of Covington dribbling up the field.

Logan Pinkerton of Covington flicks a header at goal.

Brydan Gaskill of Covington clearing ball up the field late in the game.

He was right about the closeness of the competition as every game in 2A Sectional 41 at Bethesda Christian in Brownsburg was decided by a single goal.

Covington faced North Putnam in the sectional opener, a rematch of four days earlier that had seen the Trojans travel to Roachdale and fall to the Cougars by a 2-1 score.

In that game, Covington had nine shots on goal to only four for North Putnam, but the Trojans lost by the score of 2-1.

In the sectional, both teams had chances in the first half, but no one could convert so the game remained scoreless.

Ten minutes into the second half, North Putnam took the lead on an own goal when one Covington player inadvertently deflected a ball off a teammate and the result of the carom was a ball into the back of the net for a Cougar goal.

Down 1-0, Covington turned up the pressure defensively and began to force the ball long on offense, going up the field directly rather than doing their usual build-up of triangle passing.

The change gave the Trojans more possession time in their opponent’s end of the field and that eventually resulted in Layton Wooster scoring in the 68th minute to tie the contest at 1-1.

Two minutes later, the Cougars got a free kick deep in the Covington end of the field and they converted it for a 2-1 lead.

Covington continued to attack, changing the position of some of their players to put at much attacking pressure on the opponent as possible, but despite have several shots at the goal, none would go in and the game ended with that 2-1 score.

“We had many opportunities throughout the game, but didn’t capitalize,” Sower said about a match that saw his team put 13 shots on goal against only five for the opponent. “North Putnam had a handful of chances and found the net when it counted. Tonight was a heartbreaker.”

Despite the outcome, Sowers said he was thankful about many things, starting with getting to play at all, given the uncertainty that the Covid-19 virus had created in the sports world.

“We had a team full of great student athletes who enjoy being around each other,” he said. “The coaching staff and school support had been excellent this year.”

Covington ends the season with a 9-4 record, the first time in eight years that the Trojans did not pick up double-digit wins, thanks in part to the inability to play any Illinois schools due to the state ruling that their soccer would be delayed until spring.

However, the winning percentage this year was actually higher than last year at 69.4% versus 64.7% and the team did generate its tenth consecutive winning season.