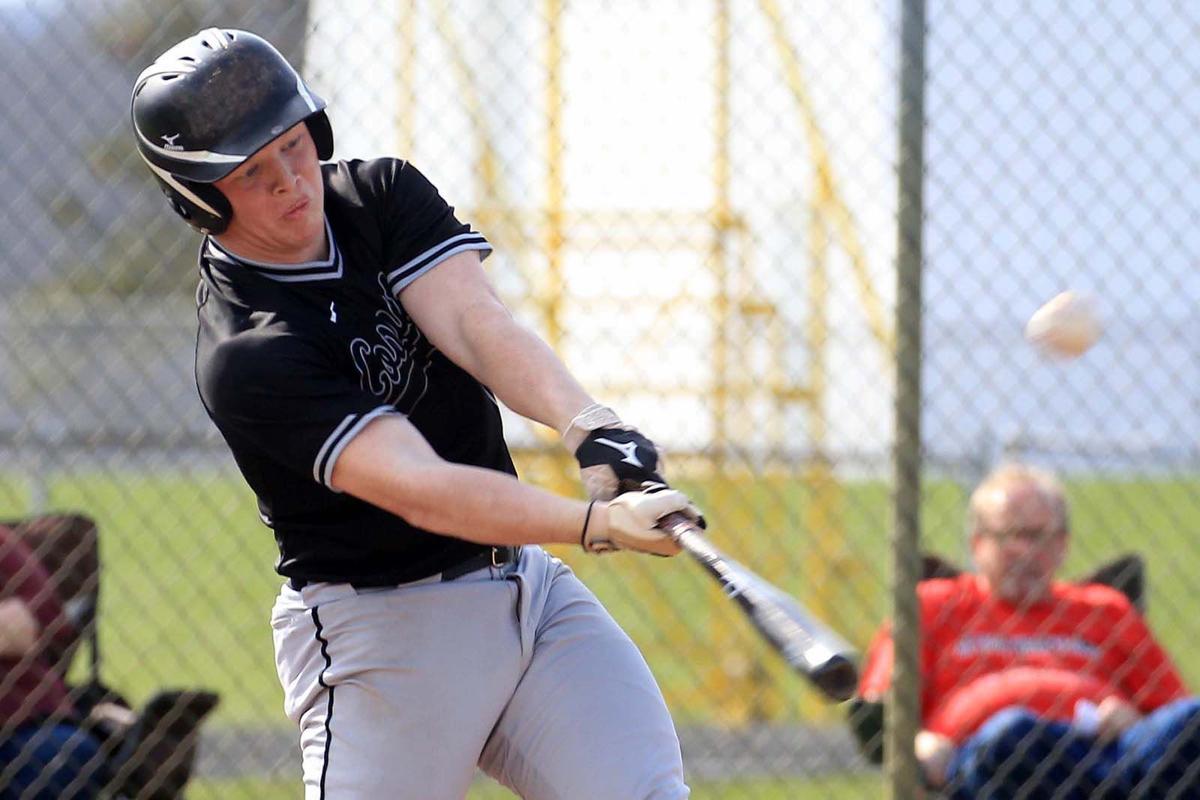 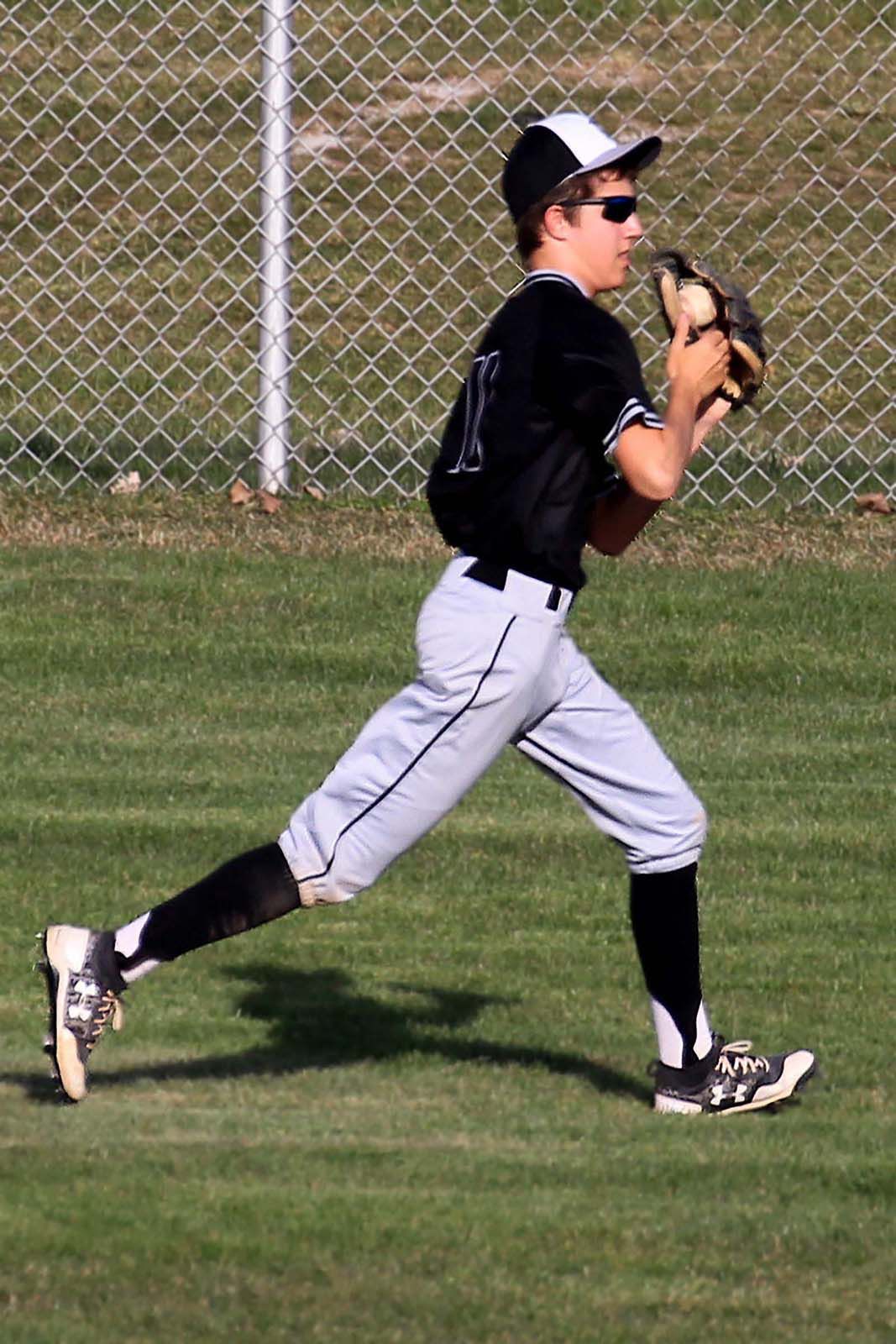 Luke Taylor of Covington catches a fly in right field. 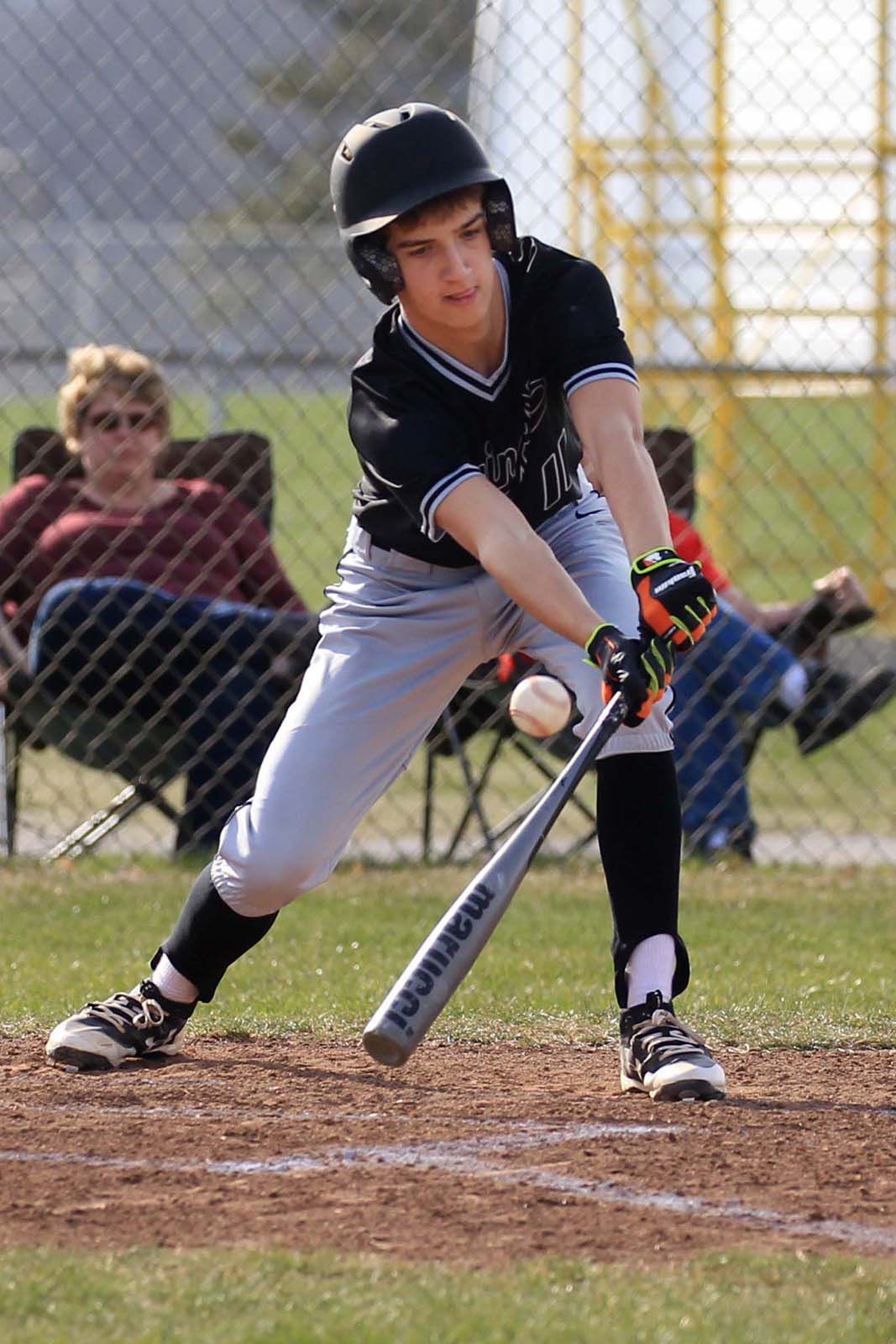 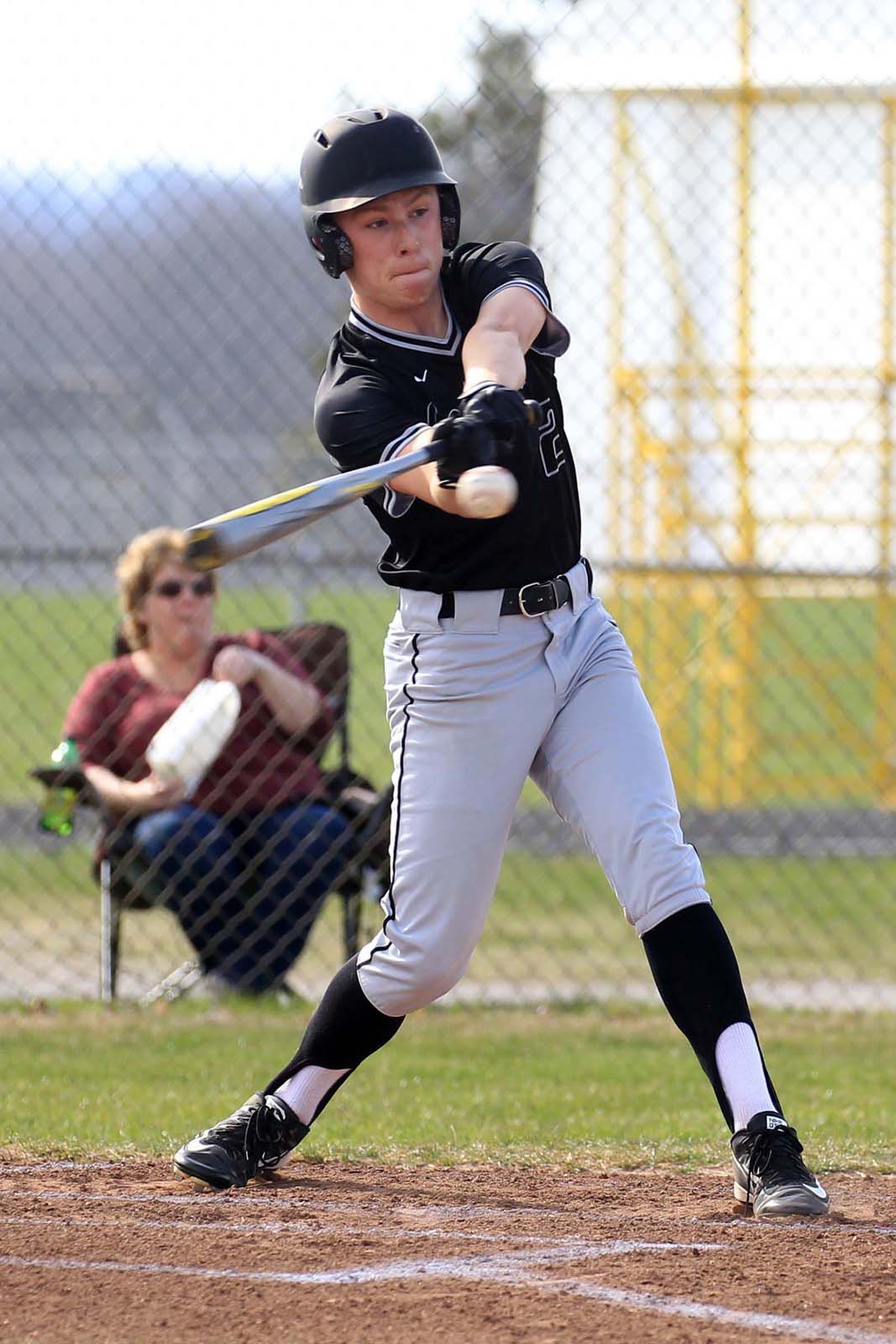 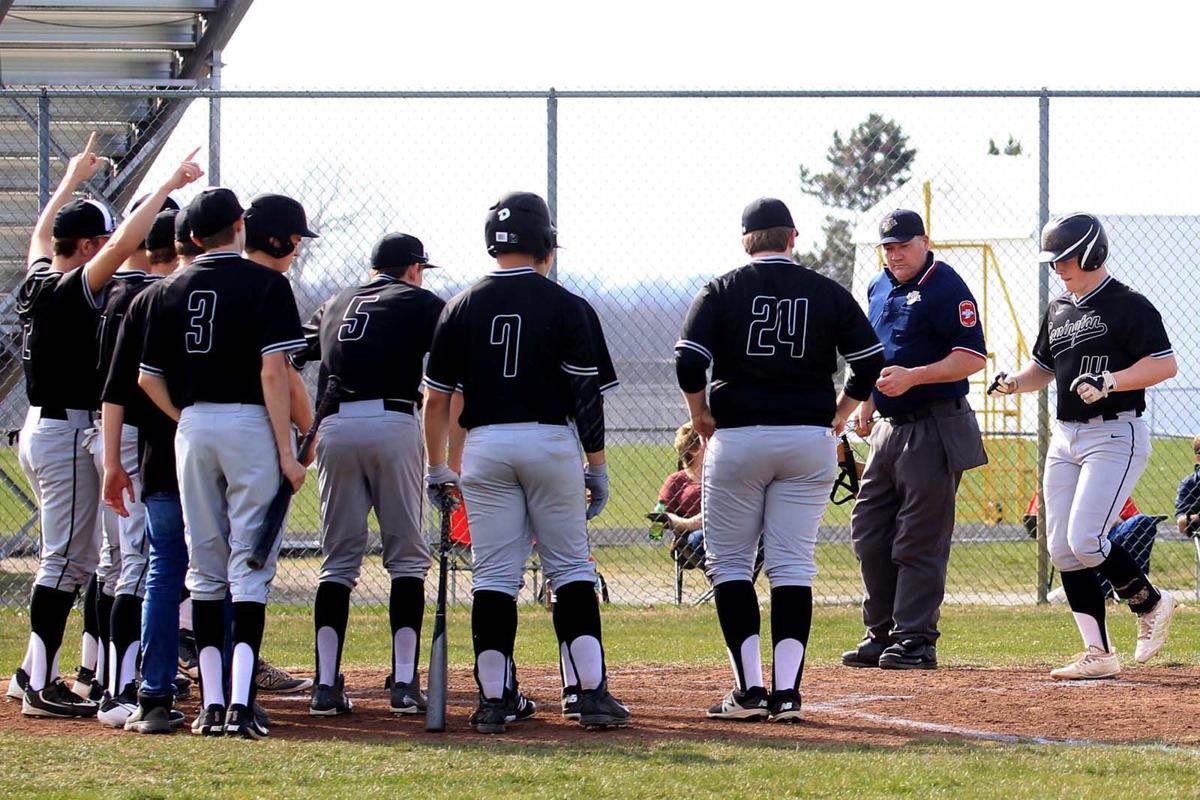 Tanner Dreher of Covington is greeted after his home run. 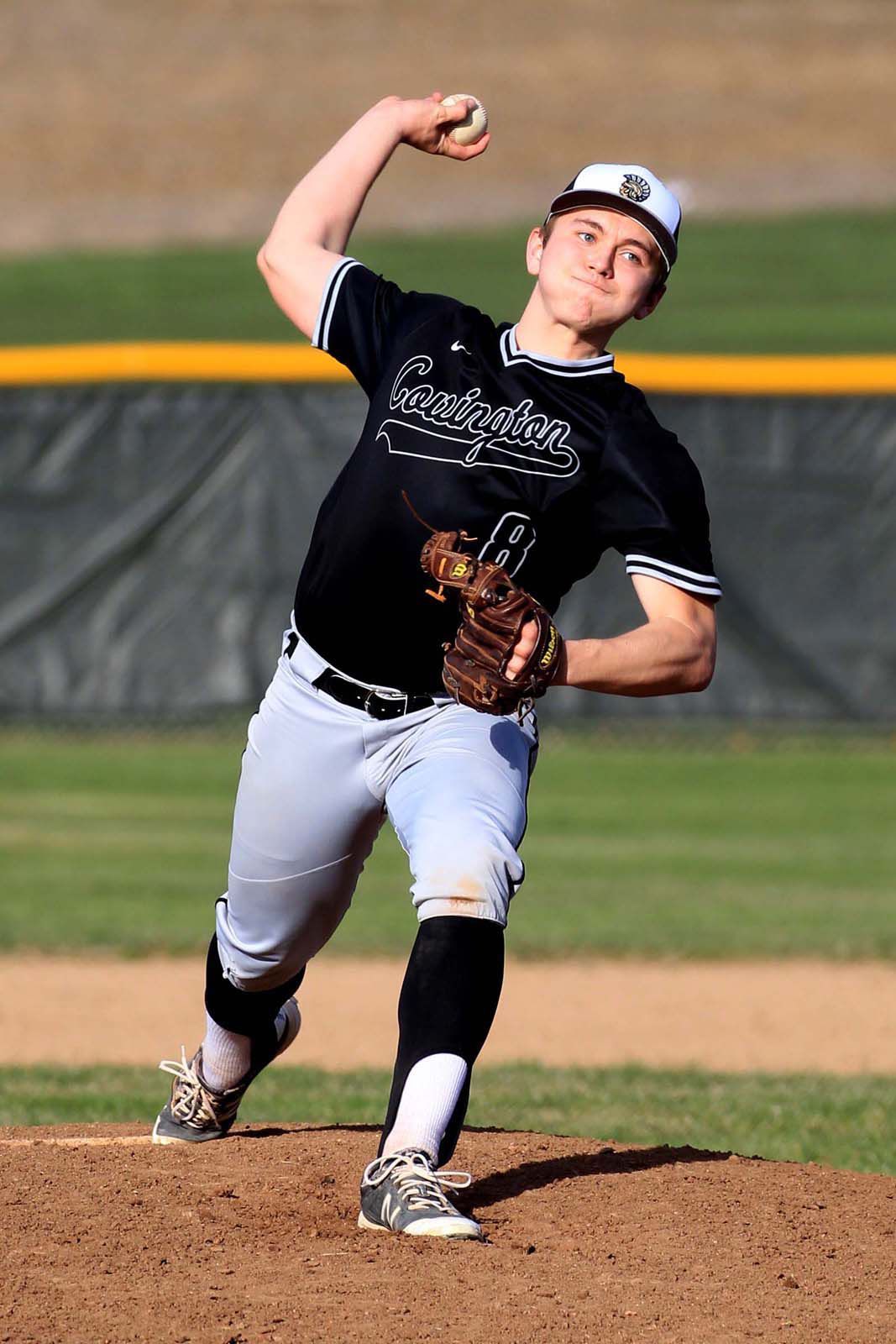 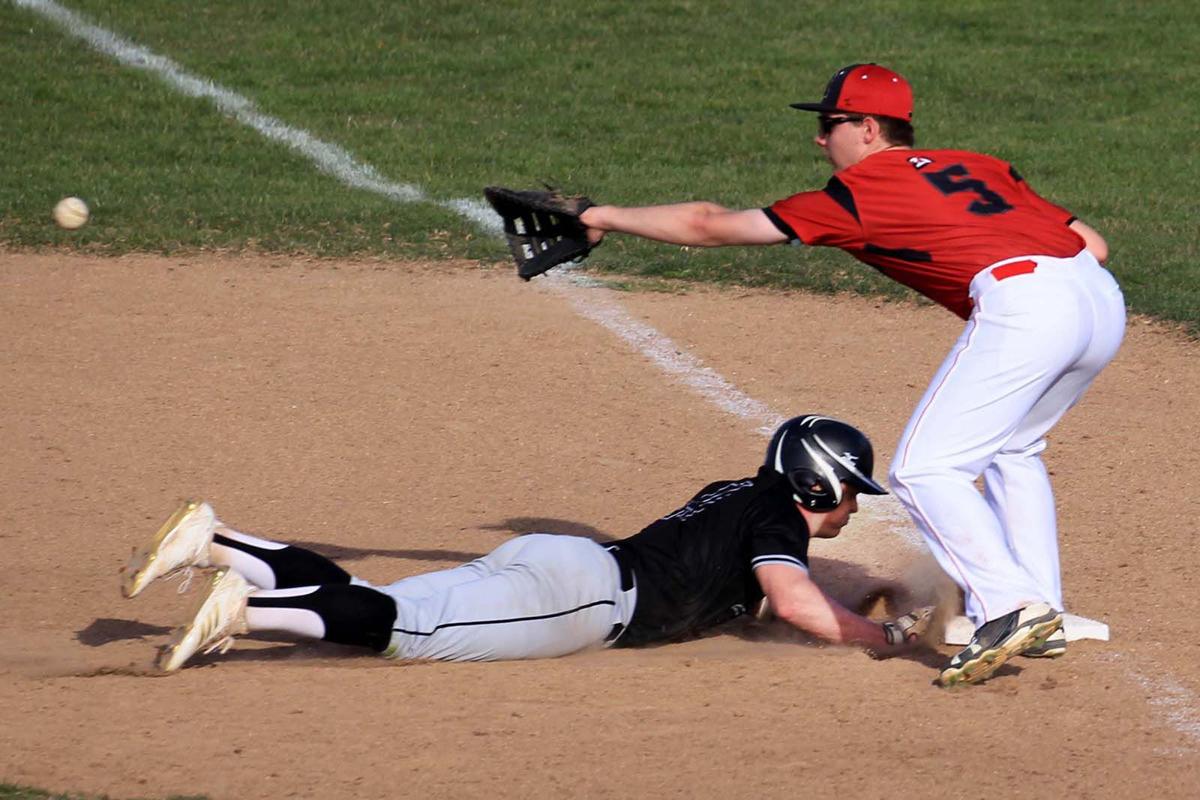 Tanner Dreher of Covington dives back to first base before a pickoff throw reaches Braden Haley of Attica. 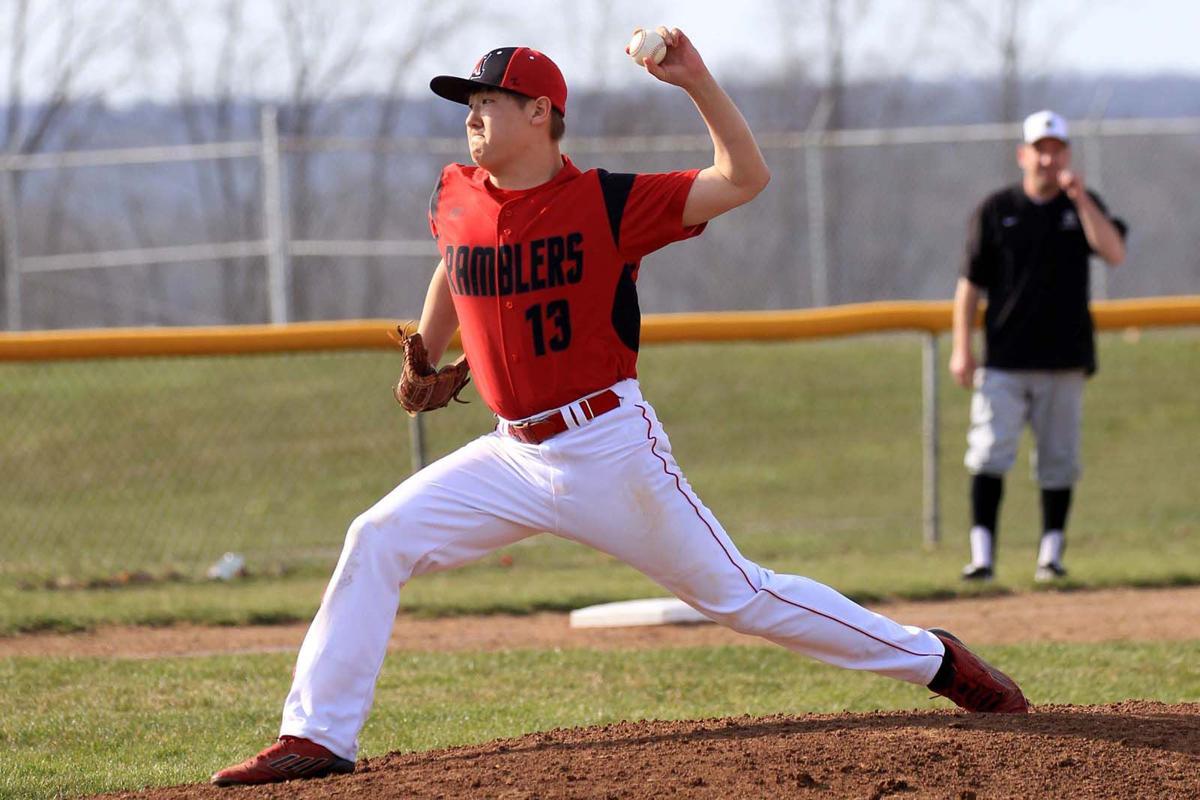 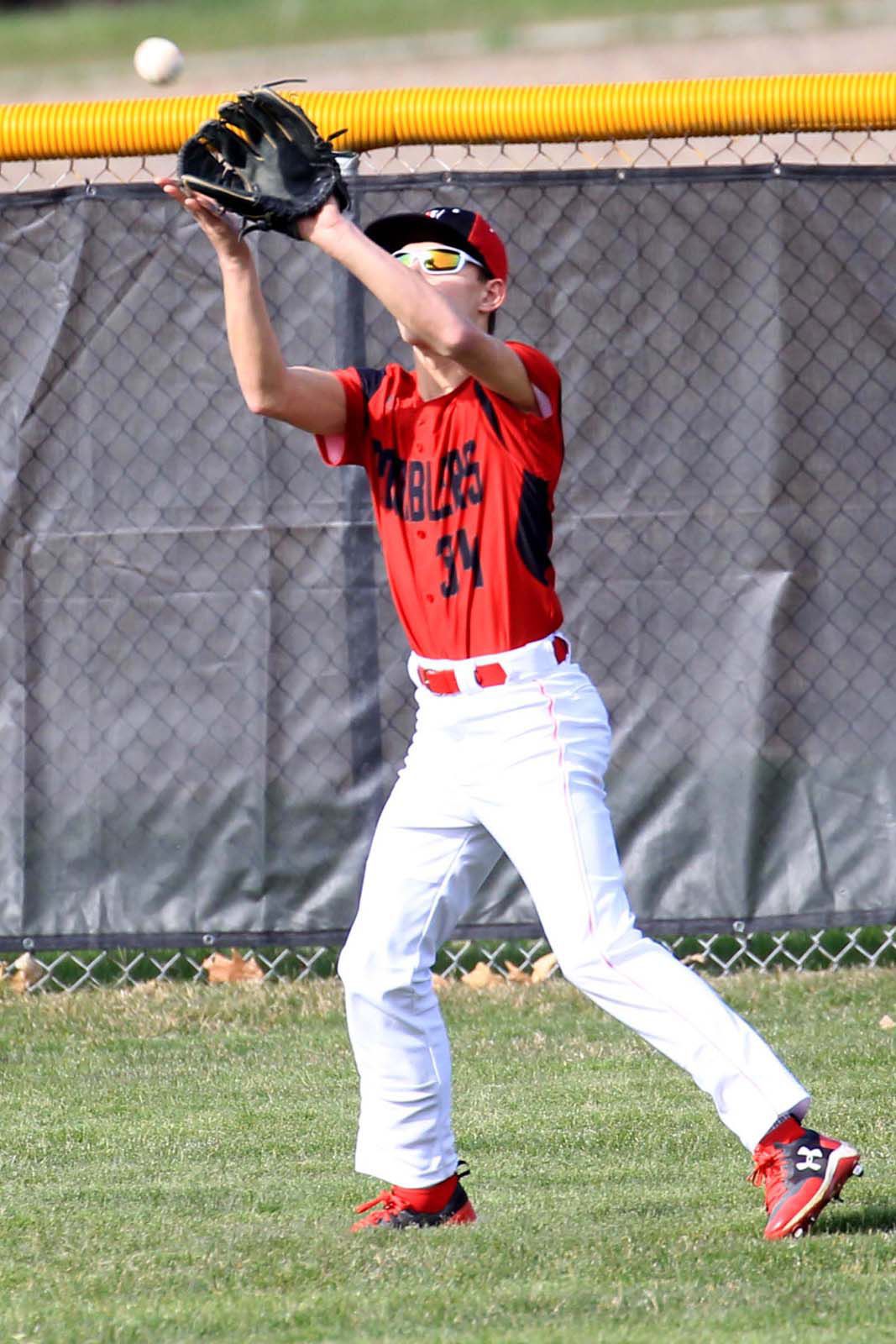 Luke Taylor of Covington catches a fly in right field.

Tanner Dreher of Covington is greeted after his home run.

Tanner Dreher of Covington dives back to first base before a pickoff throw reaches Braden Haley of Attica.

Covington hosted Attica in baseball and came away with a second win in as many contests as the Trojans won 12-2 after defeating the Red Ramblers on their home field by a 12-0 score two days earlier.

It was a very young team that Attica fielded in both games as the squad has only one senior in Mason Hartman and just five juniors.

They were up against a more experienced Trojans team that has five seniors and nine juniors on the roster.

Attica started with Brian Dobbels, a sophomore, on the mound while Covington countered with a sophomore of their own in Tanner Dreher.

After Dreher struck out the first two Rambler batters in the top of the first, he gave up a looping single to right field by Cade Walker who promptly stole second base.

Ben Hiller then walked to put runners on first and second, but Dreher got the next batter to ground out to second to end the threat.

The Trojans started their half of the first with a pair of outs, but Dreher came up and sent a ball over the center field fence for a solo home run and a 1-0 lead before the next batter grounded out to end the inning.

“I thought the home run was big for us,” Evan Willis, the Covington head coach said. “We’ve been getting off to slow starts so getting that lead helped us get going.”

Attica loaded the bases against Dreher in the second, but to no avail as the Trojan hurler struck out three batters to end the threat.

The Trojans batted around in their half of the second, scoring five runs on two singles, a double by Joe Crawley and a triple by AJ Kline.

The Ramblers may be young, but they were game and they picked up two runs in the third to make the score 6-2.

Singles by DJ Burris and Walker along with a bunt single by Eli Kirkpatrick got things going for Attica and a wild pitch by Dreher and a balk call pushed the two runners across.

At that point, Willis pulled Dreher and replaced him with Crawley, moving four players defensively to accomplish keeping all his starters on the field.

“I had planned to pull Tanner [Dreher] at the end of the inning, but after the balk call – on a new rule that is hard to explain – I thought I’d go ahead and bring Joe [Crawley] in then.”

Crawley struck out the next two batters to end the third with that 6-2 score.

Covington struck for three more runs in the bottom half, getting a single from Crawley, a walk to Brady Cutrell, an RBI single by Keaton Fye, a wild pitch and an RBI ground out by Luke Taylor for a 9-2 score.

Attica threatened again in the fourth as they got an infield single from Dobbels, a single to center by Jackson Davis and another single by Walker to load the bases before the next batter flew out to right field to end the inning.

Two more runs crossed the plate for Covington in the bottom of the fourth thanks to a walk, a Rambler error, a single to the centerfield fence by Logun Freed and a second Attica miscue followed by a sacrifice fly by Fye to make the score 11-2.

Kirkpatrick led off for Attica in the fifth and reached on an error.

He then stole second and hit the bag with such force that he actually uprooted the base and it ended up sitting on his shoulder.

The Ramblers could not build on this display of effort, as the next three batters were all outs to end the inning.

The bottom of the fifth saw Covington score the one run they needed to end the contest on the ten-run rule as Kline walked, Ethan Engle singled him to second, Dreher walked to load the bases and Freed singled to score Kline for the 12-2 final score.

Attica head coach Kyle Neal is in his first year with the Ramblers and he spoke about his team.

“We have a lot of kids playing positions they have never played before,” he said. “We have quite a few with no varsity experience which means they don’t have baseball awareness at this point.”

Neal concluded his comments in a positive vein, adding, “Confidence is all you need in baseball and this team is beginning to get some. We’re not there yet, but we should be fine by the end of the season.”

Willis spoke about leadership on his team, saying, “We have good seniors, but we also have good underclassmen leaders. The team makes a group effort to get things done – they really work together.”