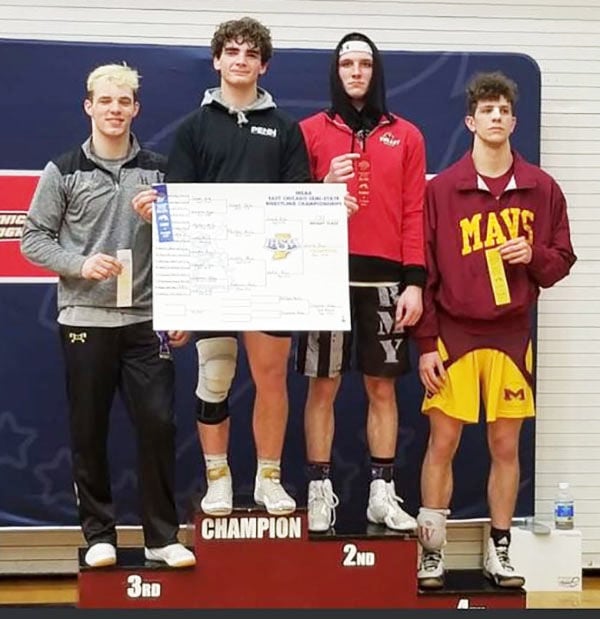 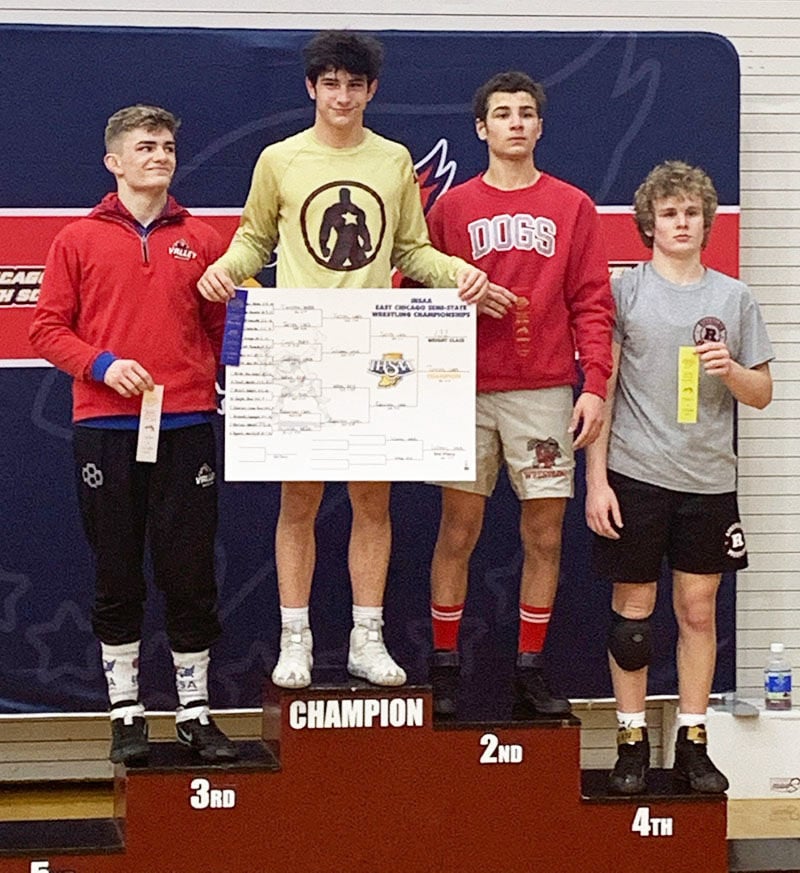 EAST CHICAGO — Six area wrestlers, including four from Jasper County, punched tickets for the IHSAA wrestling state finals this weekend after placing among the top four at the East Chicago Semistate.

Friday’s winners will return for the second round on Saturday at 9:30 a.m., EST, with consolation matches to start at 5 p.m., EST, and championship matches at 7:30 p.m., EST.

Kankakee Valley senior Aiden Sneed — the runner-up at 170 pounds at semistate and a regional champion — will be joined in the state finals by sophomore teammate Cole Solomey, who finished third at 132 pounds.

West Central freshman Drake Fritz will continue his outstanding season by competing in Indianapolis after placing fourth at 113 pounds. He will be joined by senior teammate Braden Nuest, who placed second at 145 pounds.

Among local wrestlers who made the ticket round but fell short of a state finals berth were Liam Siburcrist of North White at 106, Mikkel Cunningham of North Newton at 113, Caleb Solomey of KVHS at 126, Tyler Tillema of KVHS at 145, Conner Fritz at 160, Dailin Reece of Twin Lakes at 182 and Justin Cree of RCHS at 220.

Sneed finished 3-1 on the day before running into a buzzsaw in the 170-pound finals. He pinned Isiah Wilson of Winamac in round one, edged Jesse Herrera of Highland (7-5 decision) in round two and pinned Spencer Phillips of McCutcheon in a semifinal match. He lost by major decision to Pate Eastin of Penn in the final.

Nuest also finished 3-1 to reach the finals of the 145 division. He beat Tyler Richey of Plymouth by major decision, pinned Kayden Armstrong of Calumet and out-pointed Cameron Powell of Mishawaka in a semifinal match. Ethan Kaiser of Chesterton beat Nuest by major decision in the final.

Cole Solomey won his consolation match at 132, beating RCHS’s Webb by a 5-0 decision. Solomey reached the consolation final by recording wins over Tristen Tuttle of West Lafayette and Jack Coye of Portage by pins. He lost his quarterfinal match to eventual champion Aiden Torres of Chesterton by pin.