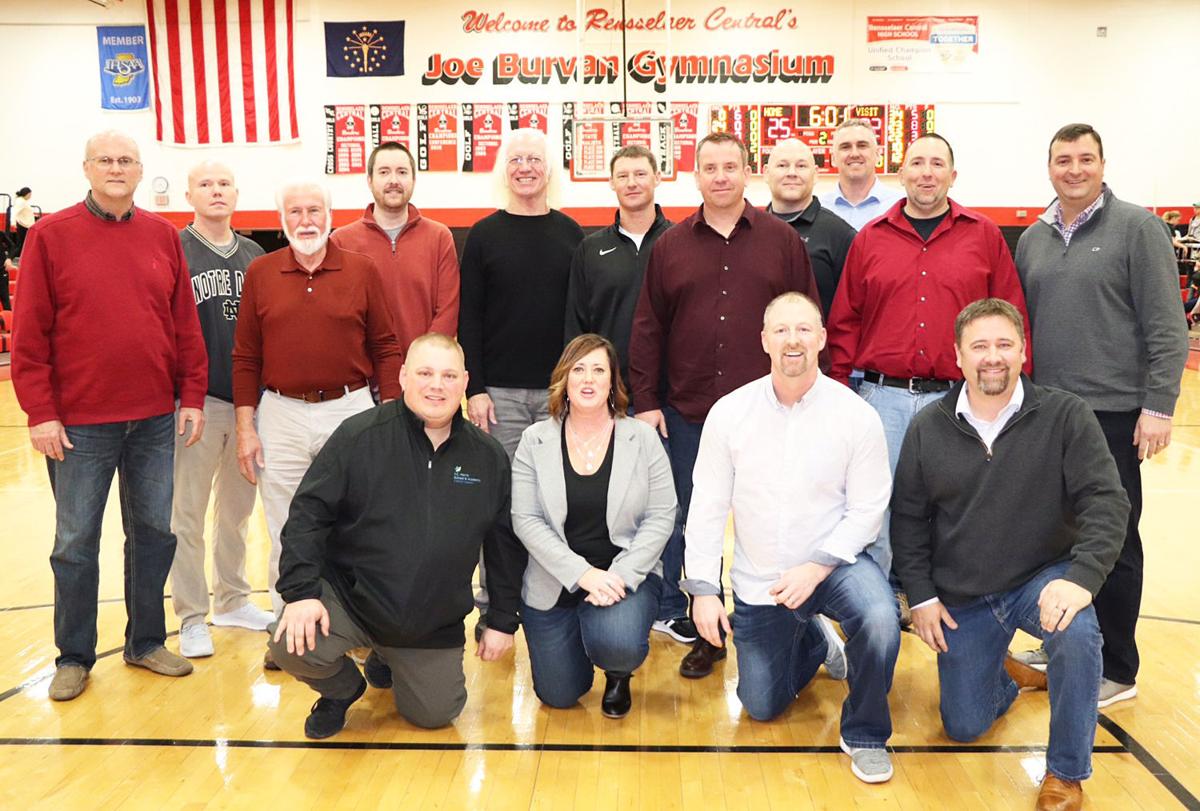 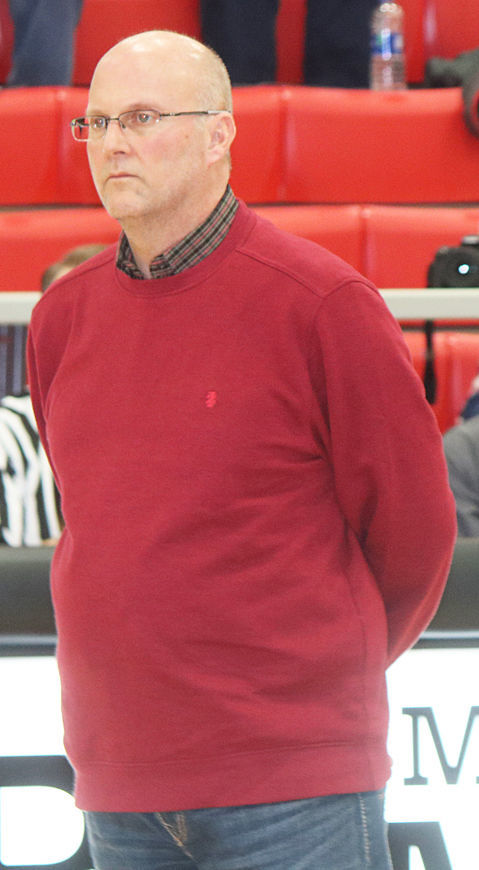 RENSSELAER — Steve Doud has great memories of his seven years as coach at Rensselaer Central.

Those memories came rushing back Saturday as he saw the faces of his 1995 squad that won a sectional championship 25 years ago. Some former players were easily recognizable, a couple of others looked somewhat different as the former Bomber coach reconnected with eight players, two managers, a cheerleader and coaches John Wright, Ron Fredrick and Tom Messman.

“Literally, I haven’t seen them in 25 years,” said Doud, who has been back to Rensselaer just twice since leaving to coach at his former high school in Mount Vernon (Fortville) in 1997. “I see them on Facebook through (wife) Sheri, but actually speaking with them and being with them, it’s literally been 25 years.”

Eight players from Doud’s roster of 11 made the trek to Rensselaer Saturday to be honored at halftime of the boys’ basketball game with Lafayette Central Catholic.

“It has been a nice reunion,” Doud said. “And they’re all doing well. They all have careers. They’re all successful. It’s good to be back.”

The 1995 Bombers punctuated a 15-8 season by winning a single-class sectional title at Twin Lakes, beating Delphi (75-63) in a bye game and edging the host Indians (66-61) for the championship a day later.

RCHS lost to the Indians in the regular season during a 1-3 start. But the Bombers won 12 of their next 16 games heading into sectional play.

It was a stressful beginning for Doud, who felt the pressure in the first month of the season.

“We went 1-3 to start the season and I developed a back problem,” he said. “I got up one morning and my back hurt so bad. Then we won six straight and my back problem went away. That’s the one thing I remember. It was the stress. The team was expected to do well and we started slow so the stress got to me a little bit. But then they picked it up and things went in our favor.”

They would have their season end in a semifinal game at the Lafayette Jeff Regional a week later, losing to Lafayette McCutcheon.

“We talked a lot about having the right pieces — we had the right pieces,” Doud said. “We had ballhandlers who didn’t make mistakes. We had hard-nosed kids. We had size with Christian. And we had Eric DeHaan scoring, Brian scoring. We had really good pieces who came together and at the end they just played well. They were easy to coach.”

It was the second sectional championship in which Doud was a key component at RCHS. He assisted Bill Zych during the Bombers’ 1991 championship four years earlier.

“My seven years I was here, I was fortunate to be a around some pretty good boys’ basketball players,” said Doud, who currently assists his wife at Eastern Hancock. Sheri is head coach of the girls’ team.

“I was an assistant for the ’91 team that was really good and then my next couple of years I had Ryan Hooker and Jacob Chapman, whose boy is playing right now. Then I followed it up with this group right here. I was blessed. I came here at the right time with the talent we had.”

The Bombers returned to Twin Lakes with four starters from that 1995 team, but North White pulled the upset to spoil Rensselaer’s chance at a repeat.

The Bombers would win another sectional 10 years later with Doud’s replacement, Mike Feagans, in 2005.

Doud came to Rensselaer from Jimtown. He coached boys’ basketball at Mount Vernon for a handful of years then later coached the girls’ team. At RCHS, he served two years as JV coach and five years as the head coach.

Doud left RCHS when players from the 1996 class graduated. He said it became an extended family because coaches and players spent so much time together.

One simple utterance said over and over stuck in the minds of many of Doud’s former players.

“For some reason, one of the players made a mistake on the floor (during RC’s game with Central Catholic), and Christian Brooks in the background said, ‘doggone it,’ which is what I said every time I got mad,” Doud said. “So he was naturally poking at me a little bit. Anytime they did something stupid, I would say, ‘doggone it.’ Of course all the players were laughing and remembering some of those times I would like to forget.”