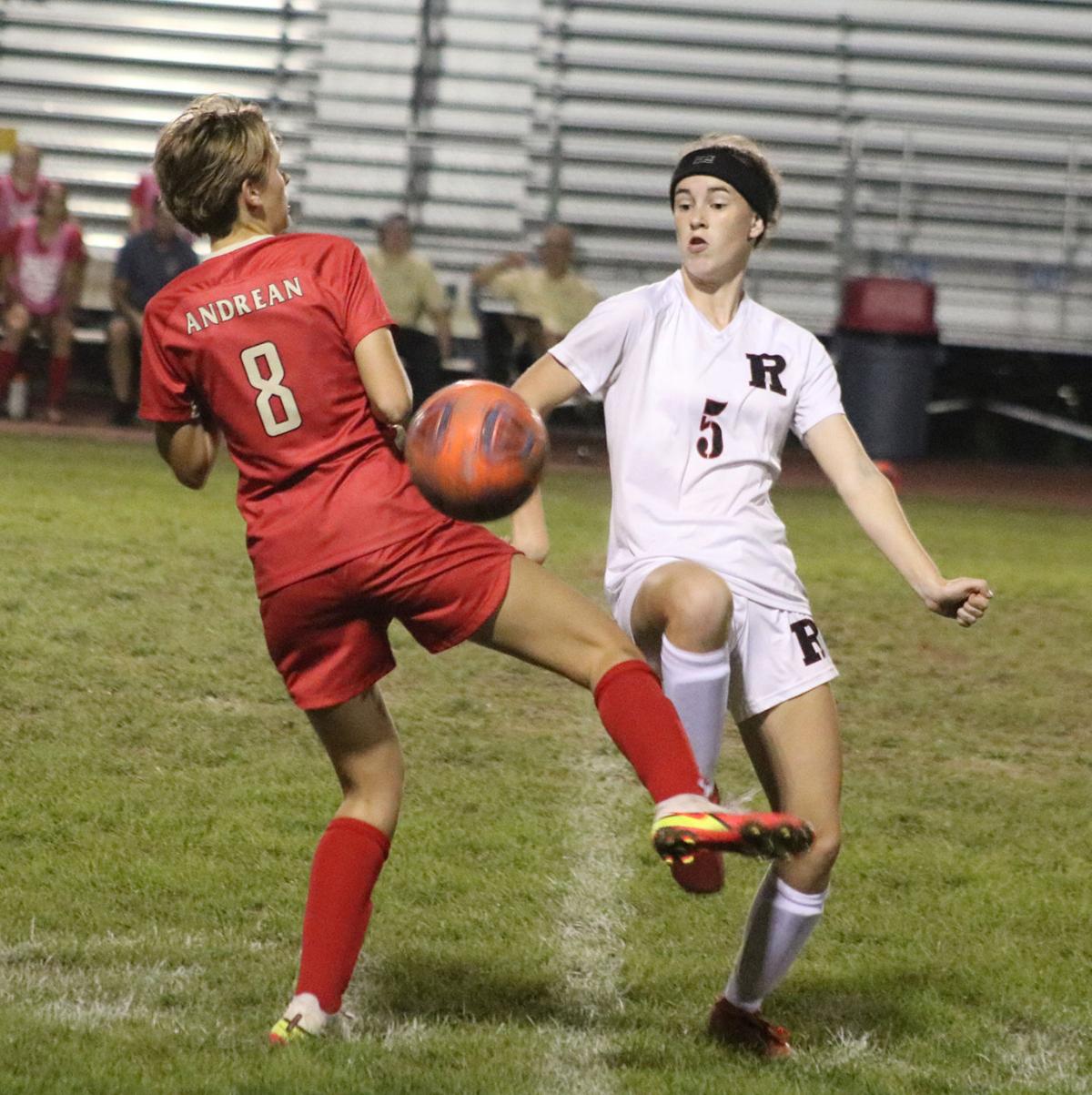 RCHS freshman Abby Hannon (right) tries to punt the ball away from Andrean’s Alaina Kielbasa during Saturday’s 2A championship match at Andrean. Kielbasa would score her team’s second goal later in the game in a 2-0 victory for the No. 4 59ers. 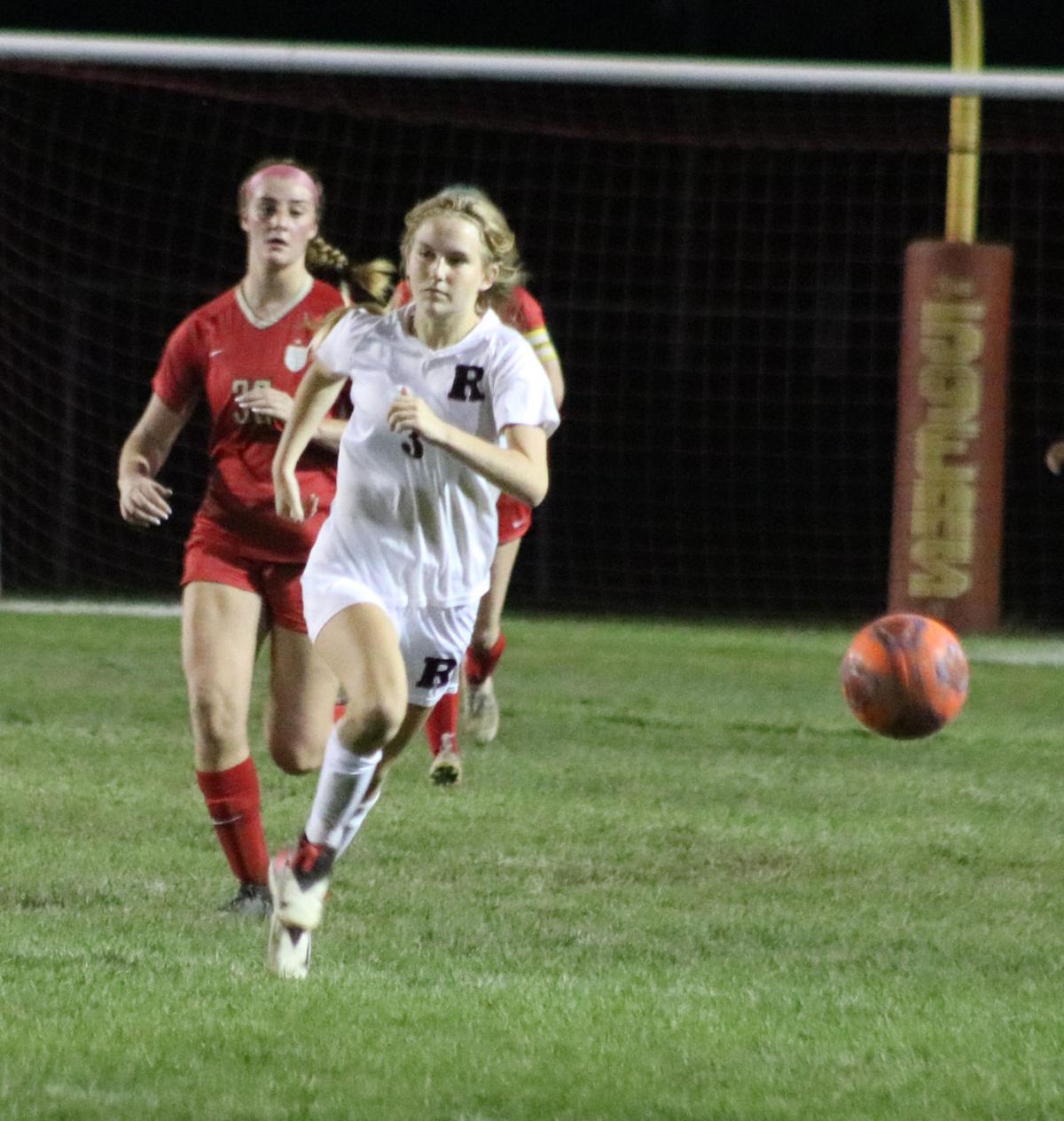 RCHS freshman Abby Hannon (right) tries to punt the ball away from Andrean’s Alaina Kielbasa during Saturday’s 2A championship match at Andrean. Kielbasa would score her team’s second goal later in the game in a 2-0 victory for the No. 4 59ers.

Rensselaer Central’s soccer teams gave good accounts of themselves in losing their championship matches to the south and in Northwest Indiana on Saturday.

The Bombers’ boys’ team competed against host West Lafayette on Saturday afternoon. It was the third straight year in which the Bombers played the Red Devils for a sectional title.

No. 1 ranked Westside (15-1-2) beat the Bombers by a 3-1 score, jumping ahead 2-0 by halftime. In a conference tournament match-up last month, the Bombers led 1-0 at halftime and early in the second half before the Red Devils scored three unanswered goals in the 3-1 victory.

Scoring in the most recent match-up were Austin Pachero with two goals and Maurice Reimer. Evan Cooke had two assists for Westside, which took 17 shots.

The Bombers conclude their season at 13-6, winning eight of their last 11 games. Two of those losses came against West Lafayette, which faces Griffith (8-7-1) in the Mishawaka Marian Regional on Thursday night.

Senior goalkeeper Jared Williamson played 1,240 minutes in the net, turning away 81 shots. He gave up just 26 on the season.

At Andrean on Saturday night, the Lady Bombers held serve against the host 59ers for the game’s first 37-plus minutes before Cristina Martinez broke a scoreless tie with a goal at the 2:35 mark of the first half.

RCHS had several shots on goal throughout the first half and added even more in the second, but couldn’t get the ball past freshman goalkeeper Kate Wantuch, who made five saves.

The No. 4 ranked Niners got an insurance goal midway through the second half, with Alaina Kielbasa punching in a rebound in front of RCHS keeper Abby Ahler.

The Bombers had their season end at 10-8, winning five of their last six games. Andrean (12-3-3) was scheduled to face Trinity Greenlawn (10-6) in a regional semifinal on Wednesday evening at LaVille.

Trinity upset Covenant Christian of DeMotte on Saturday night to advance to its first regional.

Ahler had 32 saves over 10 games and Laurie Clark, a freshman, made nine saves in five appearances in the net.