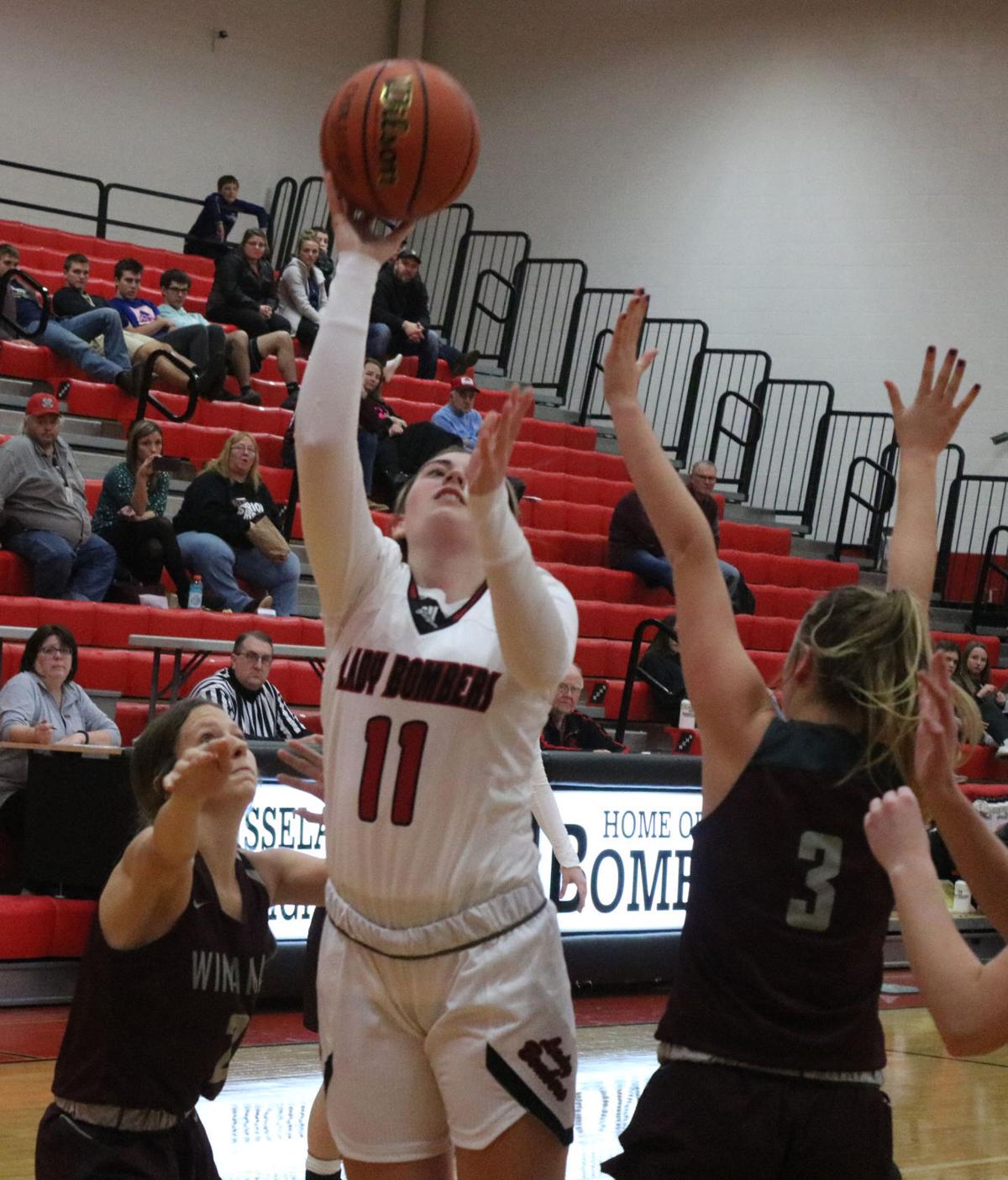 RCHS senior Morgan Van Meter had a team-high 15 points in leading the Bombers past Winamac. 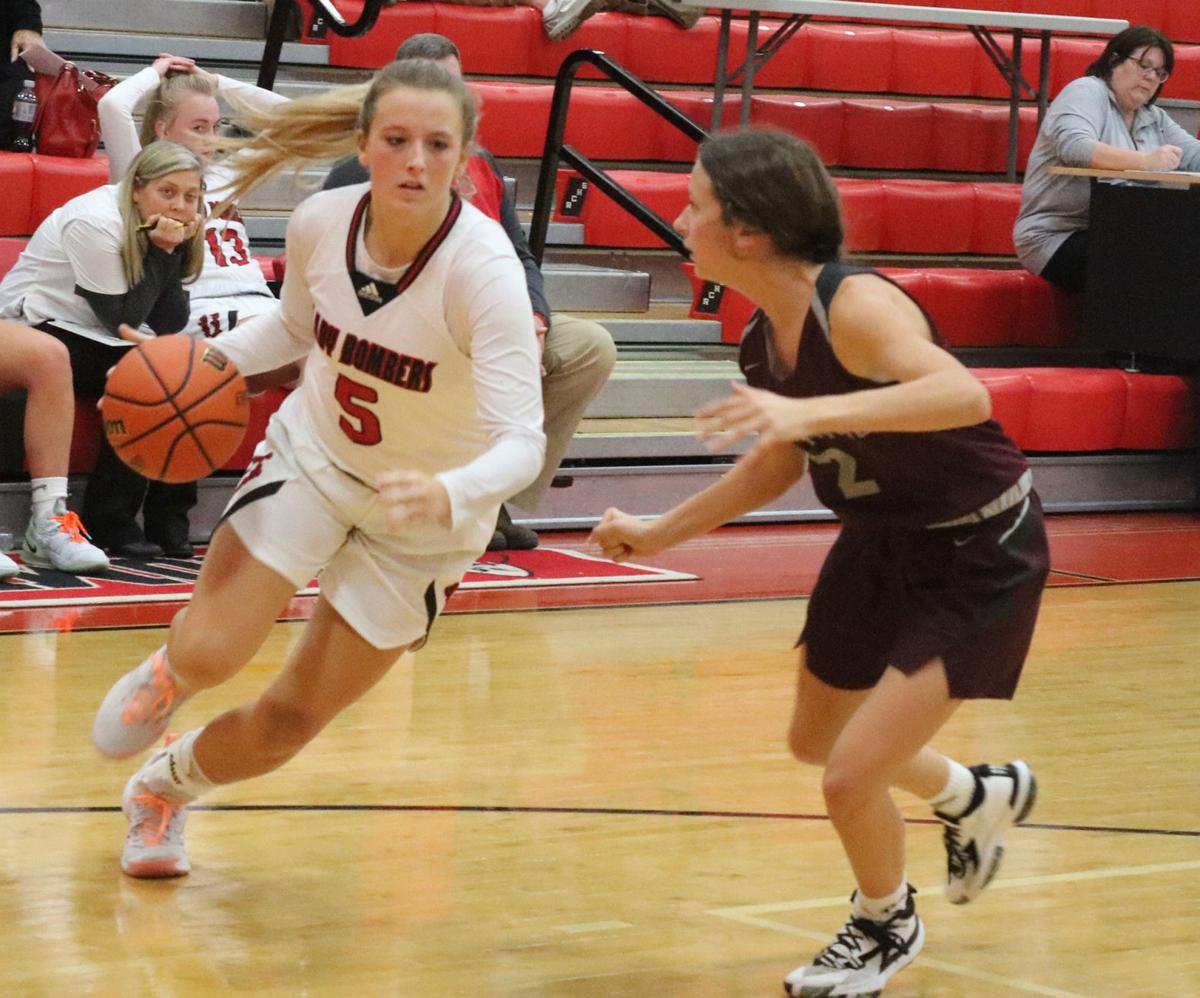 RCHS senior Morgan Van Meter had a team-high 15 points in leading the Bombers past Winamac.

RENSSELAER — Rensselaer Central played at a high level on both ends of the floor in its 62-31 rout of visiting Winamac Thursday, Dec. 2 at Joe Burvan Gymnasium.

It will need to elevate its game even more when Class 3A No. 4 Benton Central visits on Tuesday, Dec. 7. The Bison are allowing just 33.8 points per game during a 7-0 start.

“They’re all over the place,” Bombers coach Wes Radtke said. “They’re quick. They frustrate you. They’re in the passing lanes a lot. They try to force you into things you don’t want to do. We’re going to have work on our game and our tempo and play the way we like to play. We like to get up and down the floor, too.

In the meantime, the Bombers (8-2) unleashed their offense on Winamac, scoring 60 or more points for the seventh time in 10 games. They had three players in double figures, including senior Jessie Ringen, who continues her chase of Leslie Rowan for the all-time scoring lead.

Ringen hit 6 of 10 shots (3 of 5 from 3-point range) and finished with 14 points and five rebounds. Senior teammate Morgan Van Meter had a team-high 15 points on 7 of 13 shooting and senior Abby Ahler had 11 points.

Of the 10 baskets in the second quarter Thursday, seven came on assists. Radtke credits the players’ familiarity with each other for their ability to share the basketball.

“They are a very unselfish group and they play a lot of basketball, all the way from when they were little to what we’re doing now, they’ve played a lot of ball together and have matured very well together. They have each other’s back,” he said.

“Each one of the girls played at another level as far as unselfishness and moving the ball. It was fun to watch.”

Winamac, which falls to 4-6 in its worst start since the 2014-15 season, got a game-high 16 points from Kaya Campbell. She added five rebounds and hit two 3-point shots.

The Warriors kept the game close early and trailed 17-8 after the first quarter. But they were outscored 22-9 in the second period to fall behind 39-17 at halftime. The Bombers hit 10 of 13 shots from the floor in the quarter, with six players scoring.

“Last year was a struggle for us at times,” Radtke said. “It’s nice to see us putting the ball in the hole with some confidence. We were consistently hitting shots. Again, we were working on being patient. If it’s not there, don’t force the shot. You will get it if you just be patient.”

North Judson goes off to rally past Bombers, 74-67

Both Morgan Van Meter and Ringen had six points each in the second. Ringen hit back-to-back 3-pointers during one stretch as she continues to put together perhaps the best start of her career.

“The pull-up jump shots, the 3-point shots,” Radtke said of Ringen. “But sometimes when things don’t go her way, she doesn’t hang her head. She adjusts to what the game gives her and she does a nice job. With her being at a high level, it brings everybody else along with her.”

RENSSELAER — Class 3A No. 3 Benton Central had its way with host Rensselaer Central in a Hoosier Conference opener for both teams Tuesday, Dec. 8

WHEATFIELD — Senior Taylor Schoonveld scored 16 points — including 11 of her team’s 12 second-quarter points — in leading Kankakee Valley to its first Northwest Crossroads Conference win by a 57-23 final on Tuesday, Dec. 8.

Laynie Capellari had 10 points and Kate Thomas and Lilly Toppen added eight each.