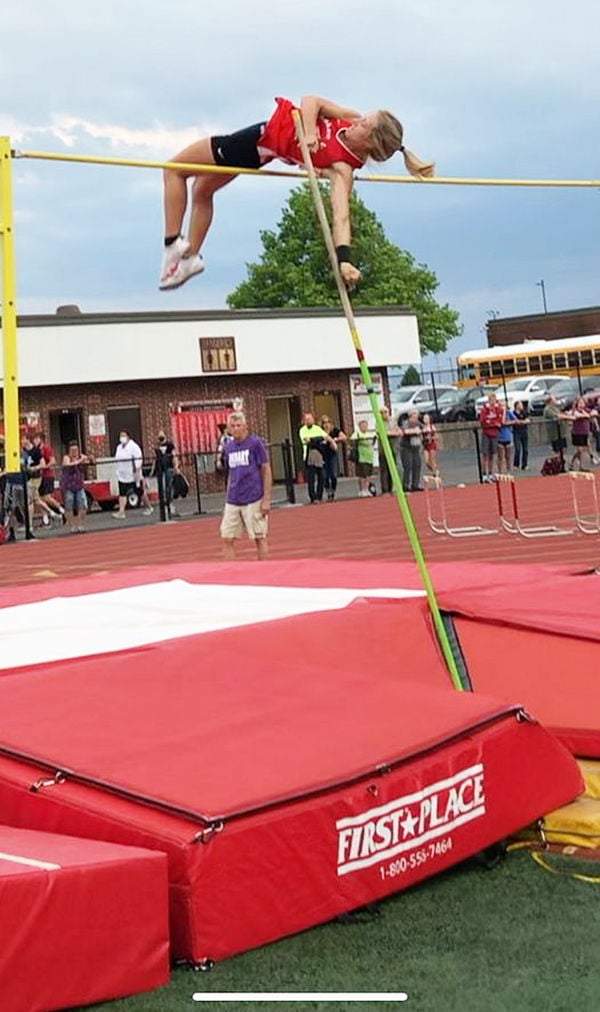 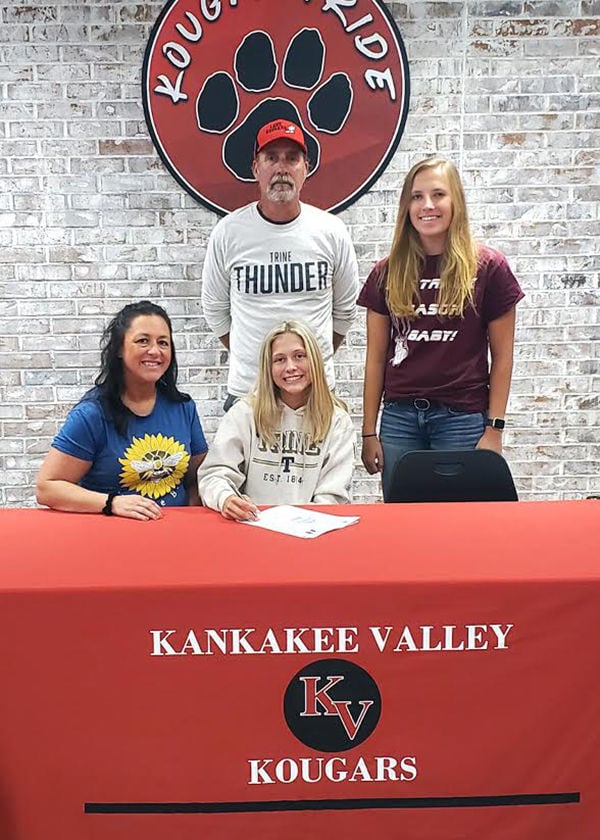 WHEATFIELD — Yet another Kougar athlete is headed to Trine to continue their sports endeavors while receiving a quality education.

Track and field standout Morgan Moslow signed her letter of intent on Thursday, June 10 to join the Thunder women’s track and field team as a pole vaulter.

“Morgan had a great performance at the regional and caught the attention of Trine pole vault coach Craig Presley and head coach Josh Fletcher,” said Kankakee Valley coach Lane Lewallen. “All of her hard work has paid off.”

Moslow, by her own admission, had planned on attending a local satellite campus without a track team and commuting. After being approached by Trine and making a quick visit, however, she was hooked.

“It is a small but very nice campus,” said Moslow, “which appealed to me. I also met a senior vaulter and saw that I could continue to vault while pursuing my major.”

Moslow will study pre-Physical Therapy as an undergrad and eventually transfer to Fort Wayne to complete her studies.

While at KV, Moslow’s personal record was 9 feet, 6 inches and that will undoubtedly improve with a dedicated coach and more support and training. She is quick to credit Lady Kougars’ assistant coach Leah Gouwens, as well as Lewallen for their support.

“I would not have done as well without them pushing me to do better,” she said.

During her time at Kankakee Valley, Moslow also played for the Lady Kougars’ soccer team for three years and was a diver on the swim team for two years.

Trine University is a private university in Angola, Indiana. It was founded in 1884 and offers degrees in the arts and sciences, business, education, and engineering.