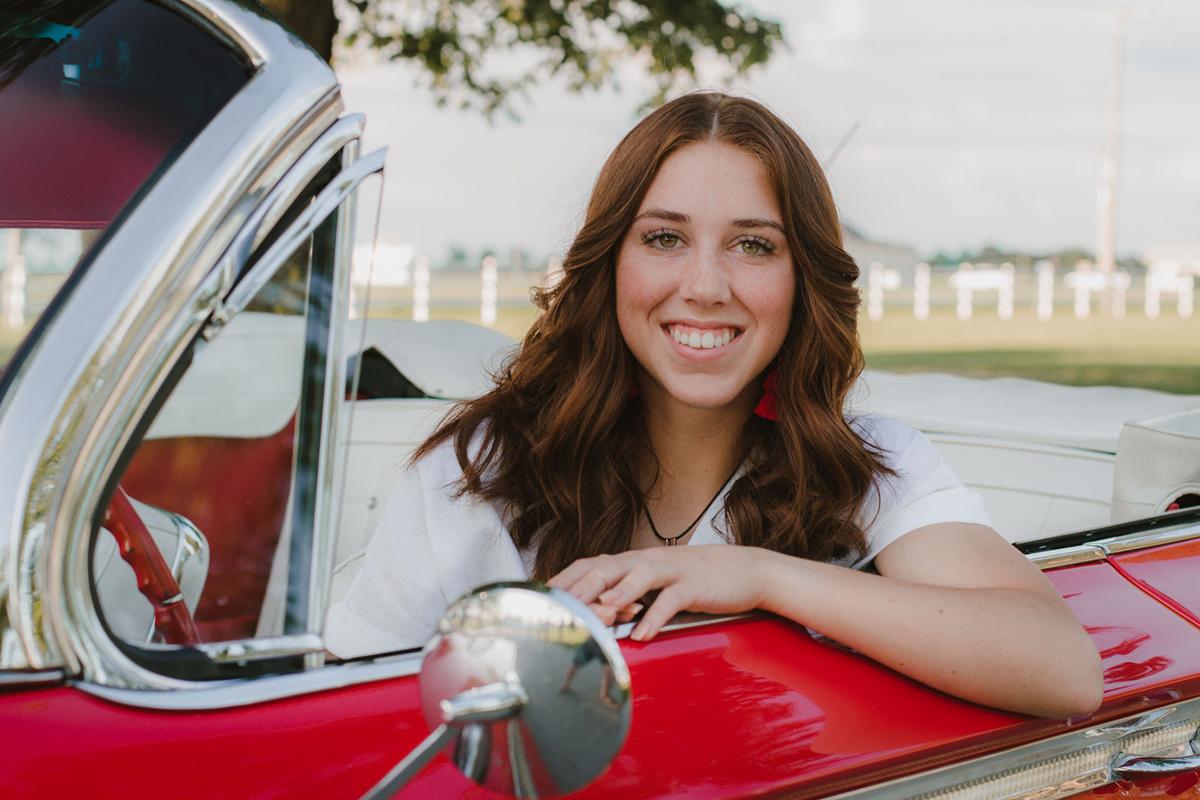 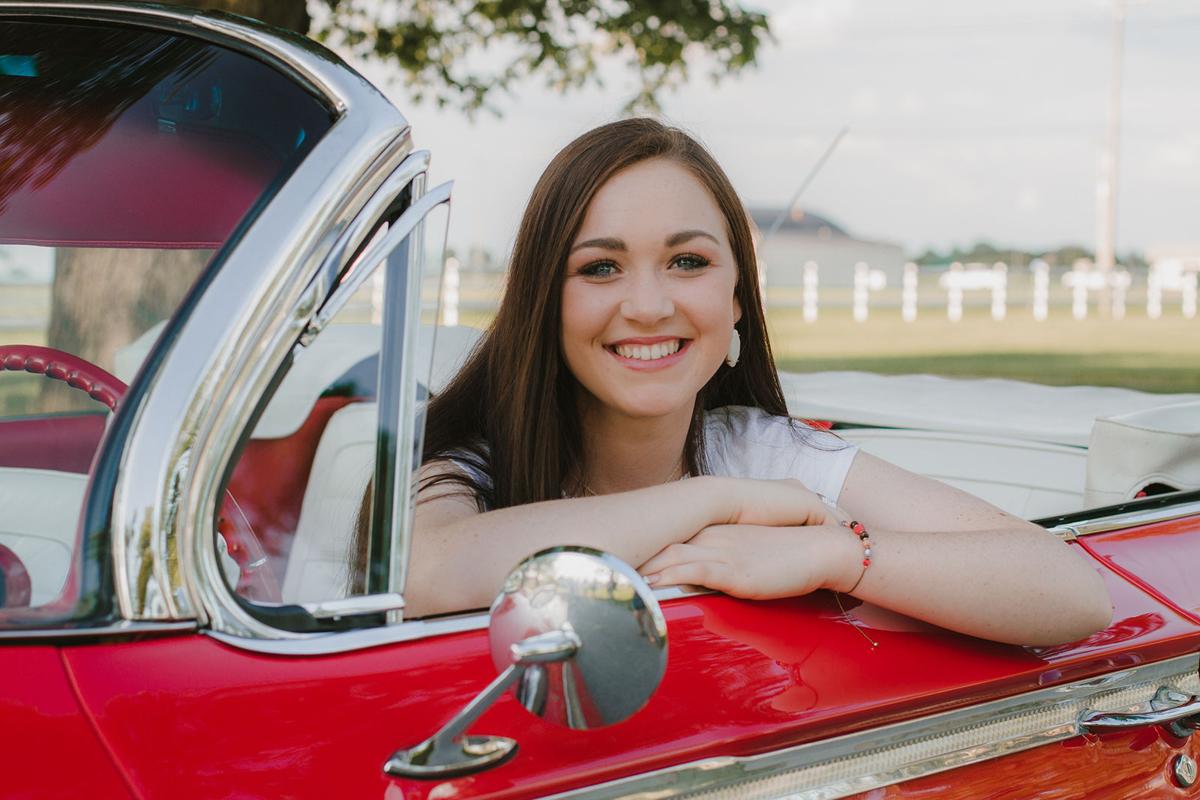 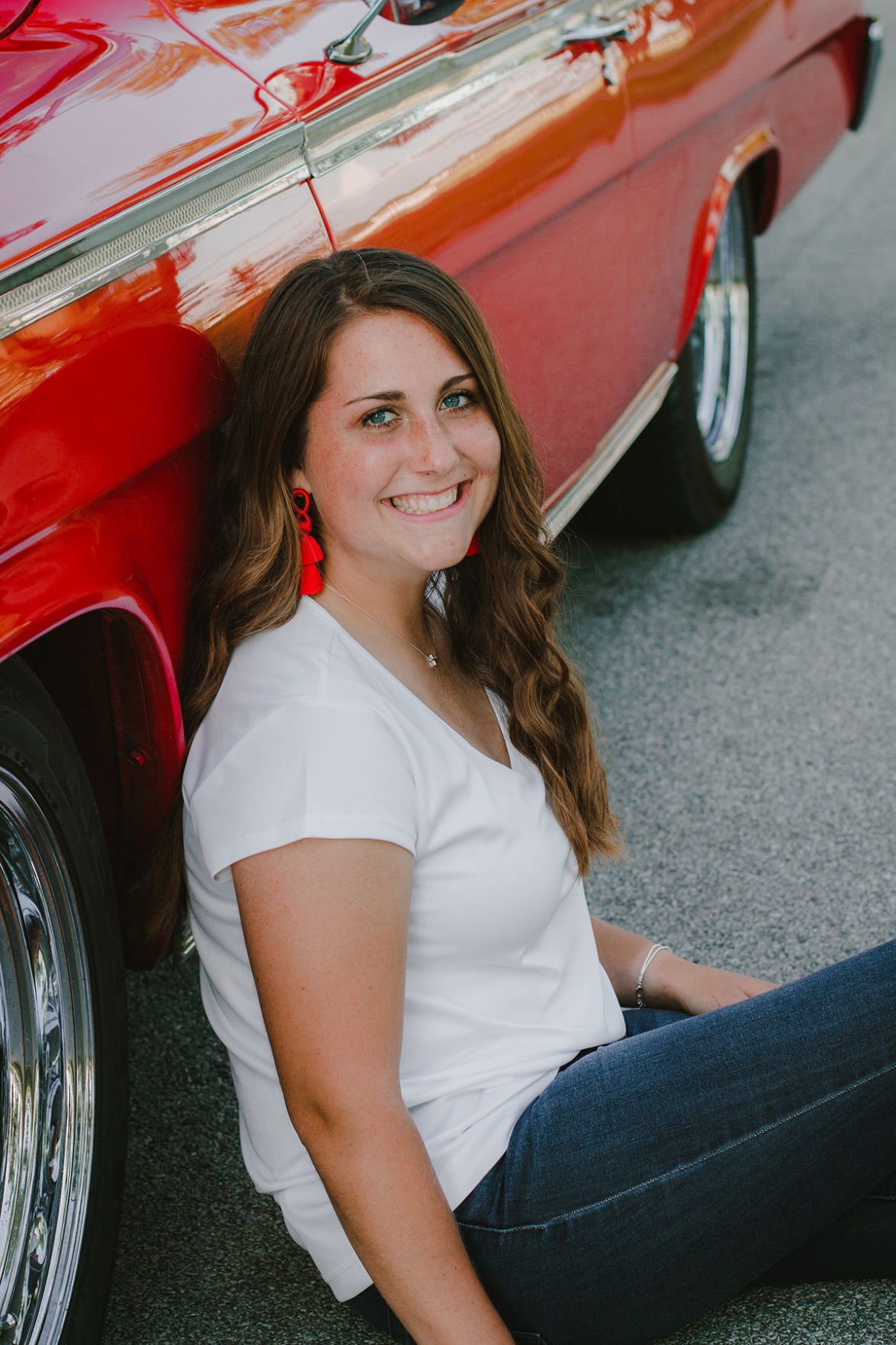 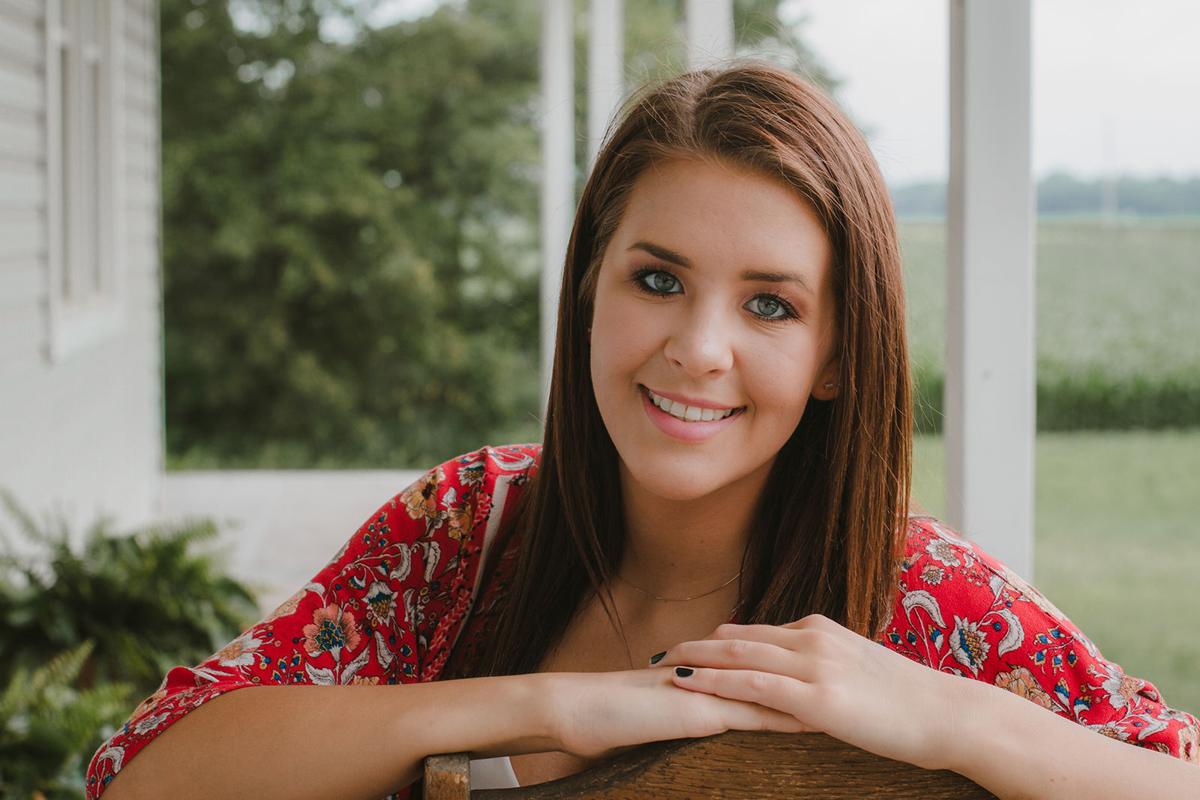 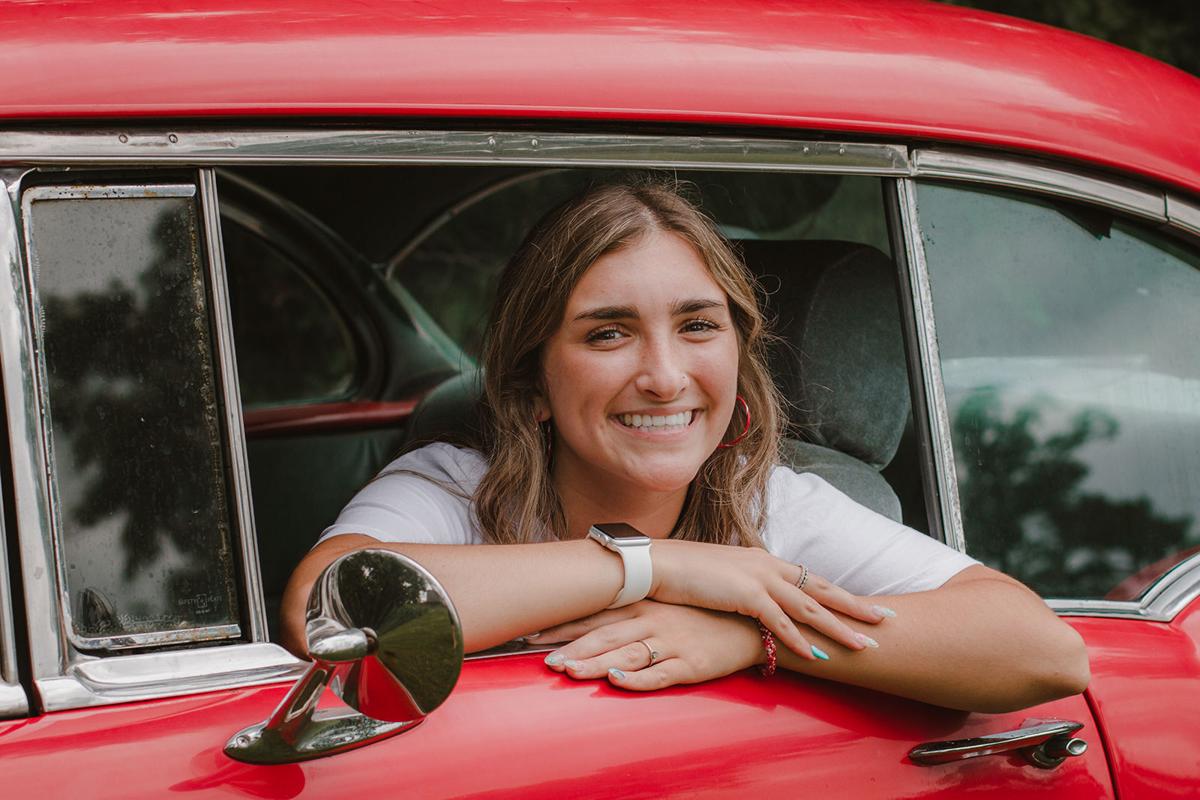 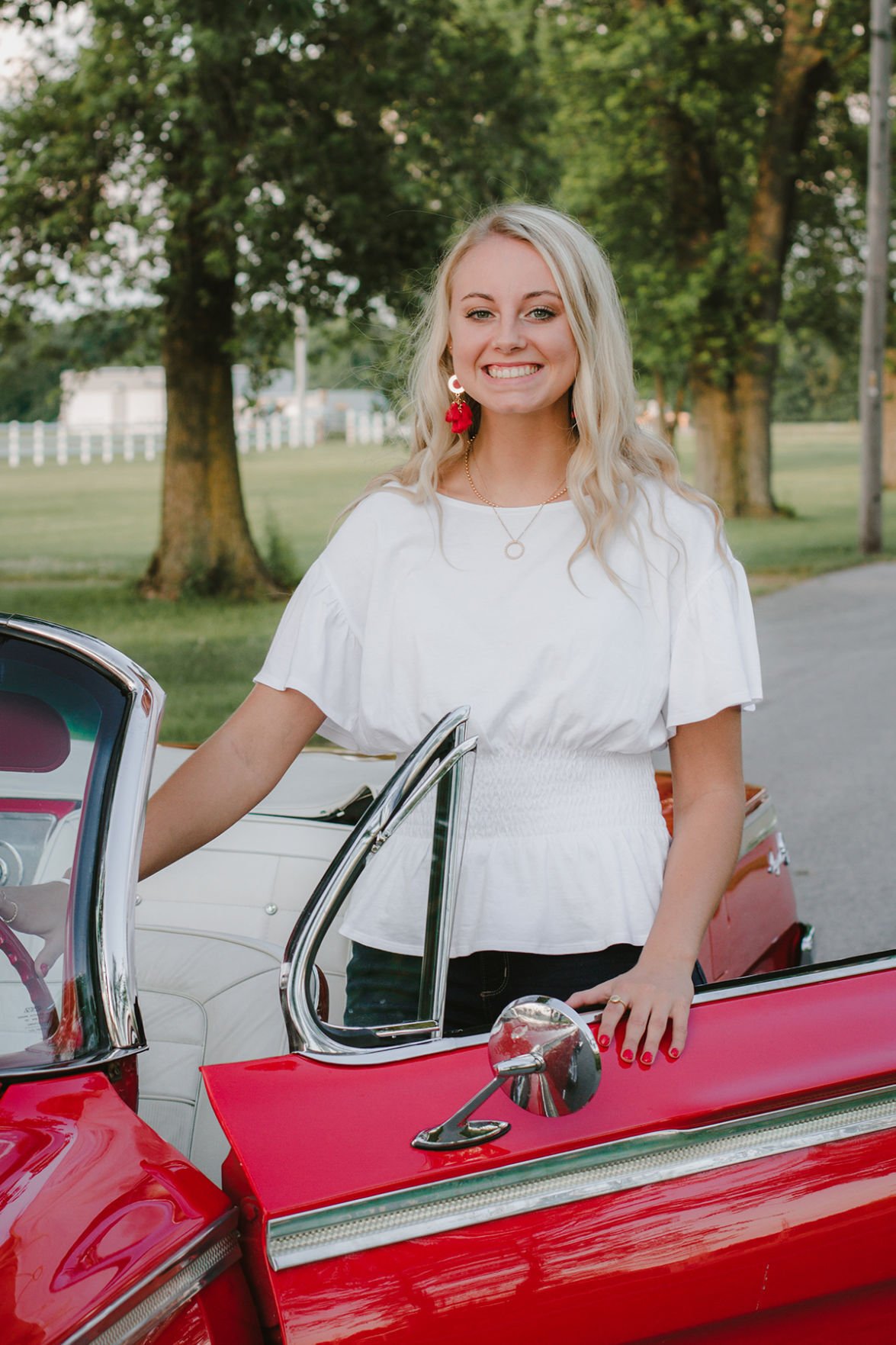 JASPER COUNTY — The 2021 Jasper County Fair Queen contest will return to the county fairgrounds Friday after a one-year hiatus.

Due to COVID-19 concerns, the contest was held at the Hamstra Gardens in 2020 since the fairgrounds was off limits a week before the fair.

Four contestants vied for the 2020 title, with Rensselaer’s Cicily Porter winning the crown. It was a unique experience for Porter and the queen court, which participated in the 4-H portion of the fair by attending many of the livestock shows and presenting awards. However, the Jasper County Fair Association canceled all grandstand events and many of the non-4-H activities for the first time in decades.

With guidelines loosened somewhat in 2021, this year’s contest will feature six contestants, including Marlene McGing, who was third runner-up last year.

Here is a peek at this year’s candidates:

A 2021 graduate of KVHS, Daniels is a 10-year member in horses, dogs and basket weaving. She has participated in the Indiana State Fair for three years and captured several awards and honors at the county fair. In all, Daniels has won 10 awards and ribbons in county and state dog shows.

Daniels, the daughter of Amy Daniels and Wayne Daniels, played tennis at KVHS, earning multiple team awards and was the 2020 Junior FFA Sweetheart.

Currently working as a host at the Farmhouse at Fair Oaks, her ambition is to finish her psychology degree as quickly as possible. “I have done so by working hard on online classes through Ivy Tech Community College during my senior year of high school,” she said.

Daniels plans to transfer to Purdue University to complete her degree before becoming a correctional psychologist who works in jails with inmates to better their mental health.

She enjoys running and fishing and is currently running 100 miles to call attention to Soldier Suicide Awareness Month. Her sponsor is WD Automotive Repair of DeMotte.

The daughter of Curt and Leslie Hannon of Rensselaer, Anna recently held the position of FFA Chapter president at RCHS. She has participated in several judging competitions with the FFA and participated in the Young Women in Agriculture Conference in 2017, ’18 and ’20.

A 2021 graduate of RCHS, she was team captain of the Bombers’ girls’ golf team in the 2019 season, a member of the National Honor Society and the Friends of Rachel Club in 2018-19. She was a member of the Community Service Club at RCHS, prom committee chairman and a member of the Sunshine Society.

A 10-year member in swine, beef and sheep in 4-H, Hannon has won several grand champion state titles, particularly showman awards. She has participated in national events in beef cattle, lamb and swine and was a member of two national 4-H livestock judging teams that competed overseas.

Individually, she has won a handful of Indiana State Contest awards and won top judge awards in FFA in 2016, ’17 and ’18.

The 2020 Homecoming queen at RCHS, Hannon works a farrowing house and marketing assistant in her family’s company, Hannon Show Pigs. She continues to serve as a photography intern and is a brand representative with Paisley and Plow Boutique.

Hannon plans to attend Northern Oklahoma College this fall to continue her livestock judging career. She will then transfer to a four-year school to earn a bachelor’s degree in Agricultural Business.

Her hobbies include livestock judging and showing livestock.

Paisley and Plow Boutique serves as Hannon’s sponsor in the queen pageant.

A 2020 graduate of KVHS, Kohlhagen currently attends Purdue University where she is a member of the Agronomy Club, Agriculture Council and Collegiate 4-H.

She was a member of KV’s FFA chapter for four years and was a 10-year 4-H member. She is probably best known for earning a Grand Champion title in the state Lawn and Garden Tractor competition. She was also champion Fashion Revue and Child Development.

A member of the National Honor Society at KV, Kohlhagen also competed on the Kougars’ swim team.

Kohlhagen, the daughter of Ryan and Amy Kohlhagen, works alongside an agronomist at Platinum Ag Services in Wheatfield. “Agronomy is working with a few of my favorite things: soil, crops and farmers,” she said. “When not working as an agronomist, I am farming.”

She enjoys sewing, public speaking and “getting my hands dirty in the corn field.” Her other hobbies include running, praising Jesus, babysitting, helping others, soils judging and spending time with friends and family.

A veteran of the county fair queen competition, McGing is enrolled in Ivy Tech Community College, earning a spot on the Dean’s List in her first semester.

She was a member of KV’s dance team, Winter Guard and Color Guard as well as band. She also served as a freshmen mentor, theater costume mistress, food pantry volunteer and FCCLA.

The daughter of Mike and Jane McGing, Marlene is currently working as a latin and ballroom dance instructor at the Arthur Murray Dance Studio in Merrillville.

This fall, she plans to attend Purdue University Northwest to pursue a degree in Organizational Leadership and Supervision. “I plan on using my degree to protect all the hard-working, skilled tradesmen and women from work-related injuries and fatalities,” McGing said. “It is important to me that our blue-collar workers are kept safe so they may return home to their families each night.”

Besides dancing, her other hobbies include fishing, soaking up the sun and spending weekends with friends. She also loves “to compete in the mud drags with my brother.”

McGing is being sponsored by DW’s Junction 2-65.

A 2021 graduate of RCHS, Robinson is a 10-year member of 4-H, competing in goats and foods. She is also a Junior Leader.

At Rensselaer, she competed in volleyball, softball and was a wrestling manager. She was a member of the National Honor Society, FFA, Sigma Di Gamma, Sunshine Society, Community Service Club and the Drama Club.

Robinson, the daughter of Jason and Katrina Robinson, won a pair of LaRue scholarships in nursing and the medical field as well as the Belstra Milling Scholarship and Dr. Cecil and Mrs. Gladys Johnson Memorial Scholarship.

She plans to attend IUPUI this fall to pursue a bachelor’s degree in nursing with hopes of becoming a neonatal nurse. “I love watching children grow up and develop and being in a neonatal unit where infants are so small, I would hope to help the children grow and help the parents along the way as it is not easy to watch one of your loved ones in the hospital,” she said.

She enjoys drawing and painting, being around friends and spending quality time with family.

Robinson is being sponsored at the pageant by Belstra Milling Company.

A 10-year member of 4-H, Van Meter competed in swine, sheep, foods, cake decorating and creative writing at the fair.

A standout basketball player, Van Meter was a varsity starter for the Bombers for four seasons and served two years as captain. She was also a member of the volleyball team, the National Honor Society, student council, Sunshine Society, Community Service Club, Fellowship of Christian Students and is an accomplished “pig whisperer.”

She’s won several awards in swine and sheep at the fair and won the Grand Champion Barrow award in 2020.

She served as hostess and assistant cook at Fenwick Farms in Rensselaer for three years and works at Healthy Haven as a health coach. She also works for Vector Marketing as a social media manager.

The daughter of Eric and Kelly Van Meter, Sydney attends Indiana University Northwest on a basketball scholarship in the fall. Her hobbies include playing basketball, working out, raising 4-H livestock, traveling and coaching.

She is being sponsored in the pageant by Healthy Haven and Remington Seeds.