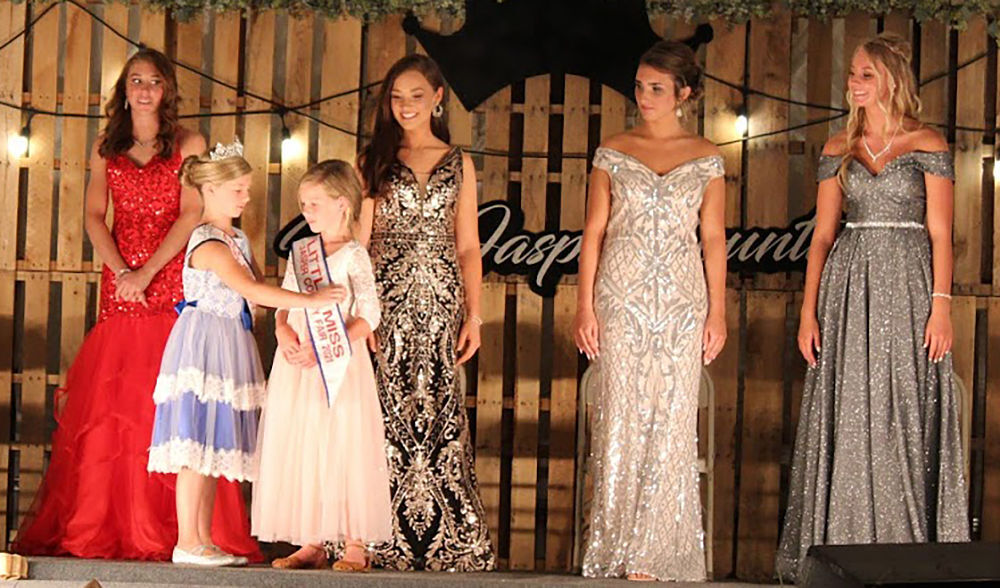 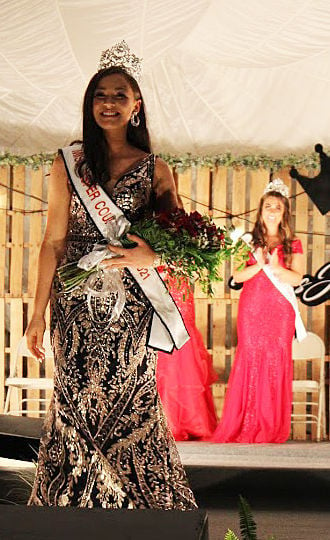 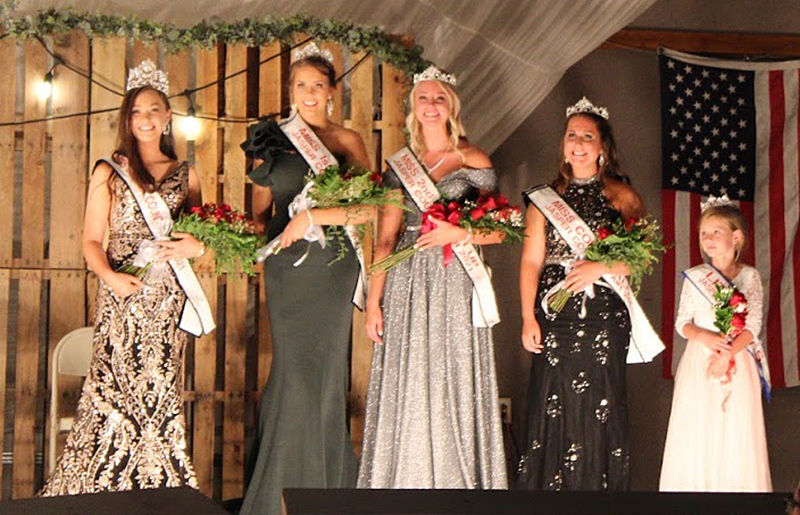 JASPER COUNTY — The competition was on July 16 for 19 girls competing in the 2021 Jasper County Fair Queen and Little Miss pageants.

Dobson narrated the six Jasper County queen contestants as they walked across the stage in their Jasper County Fair queen attire.

The contestants walked up to the stage with an important man in their life, and gave their initial message to the audience about why they deserved the title of Jasper County Fair queen, as well as thanking their sponsors.

The 13 young girls competing in the Little Miss competition had their names announced. They were then asked to answer the question of “Why do you want to be Little Miss?” from 2020 Jasper County Fair queen Cicily Porter.

Answers spanned from “being with the animals at the fair” to “helping friends and family.”

Following the introduction of Little Miss contestants was the professional wear competition of the Jasper County Fair queen contestants. The girls walked up and down the stage in their professional attire, as Dobson read off their academic, 4-H and personal achievements.

As the queen contestants went to change into their formal wear, it was time for the Little Miss competition’s impromptu questions. Every contestant’s question was “What do you want to be when you grow up?” These answers spanned from a dolphin trainer, a Disney princess, and a doctor. One answer that made the audience burst with laughter from one of the Little Miss contestants was that she wanted to be “a Hobby Lobby worker and a farmer.”

As the Little Miss contestants finished their impromptu questions, it was time to question the queen candidates, who wore evening gowns. The queens’ question was: “What does ‘drive’ mean to you?”

Plan your trip to the 2021 Indiana State Fair

The contestant’s answers dealt with topics regarding motivation, passion, and the idea of pushing forward no matter how hard the obstacles become.

While the judges were debating on who to crown Little Miss and queen, Porter gave her farewell address. She spoke about how 2020 was a bad year, although she was able to find the beautiful pieces throughout her county, within her new love for running. She saw “the beautiful birds, and the beautiful flowers on my runs. I began to see how beautiful Jasper County really was.”

After a short intermission, because of the longer wait than anticipated, it was time to announce the winners. All of the crowning was done by Dobson.

First announced was the Little Miss winner, Olivia Hodgson, who scrambled up to the stage and beamed a smile as she was crowned.

Next, the Miss Congeniality winner was announced, Kristy Kolhagen. She is the daughter of Ryan and Amy Kolhagen. Her sponsor was Bane Welker.

Second runner-up was Marlene McGing, daughter of Mike and Jane McGing. Her sponsor was DW’s Junction 2-65.

Anna Hannon, of Rensselaer, was crowned 2021 Jasper County Fair queen. The daughter of Curt and Leslie Hannon, Anna’s sponsor was Paisley and Plough Boutique Haleigh Schoon. Hannon took her first wave down the runaway as the audience cheered.

More information regarding pictures and winners can be found on the Jasper County Fair Association’s Facebook page.