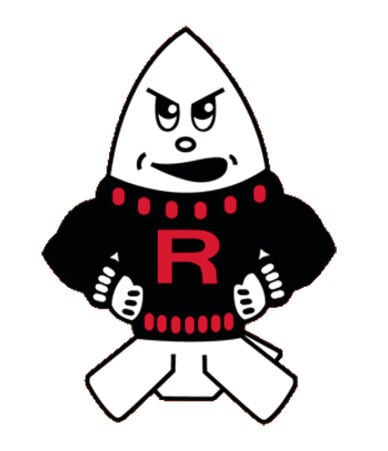 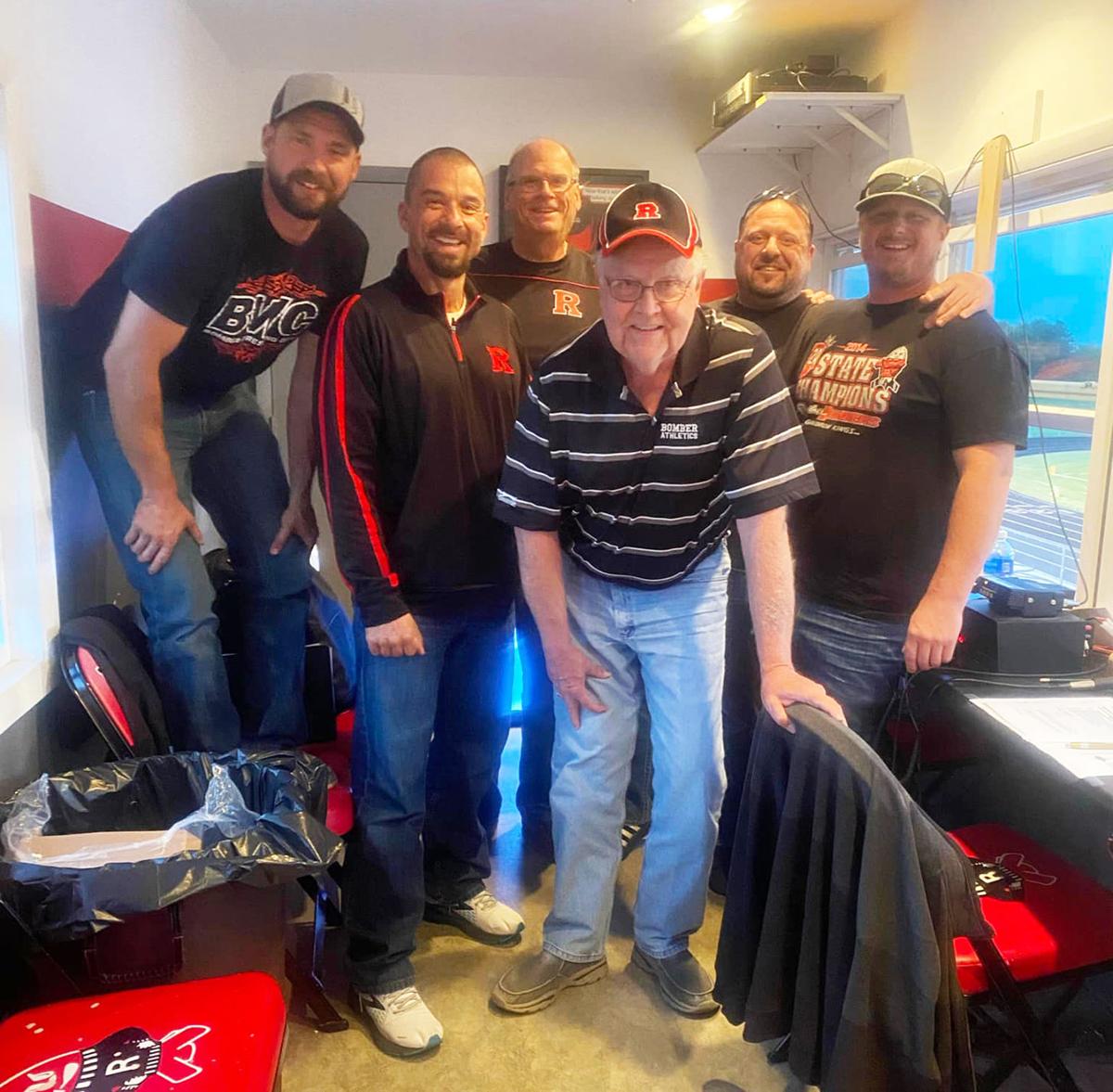 Russ Martin (middle), the Voice of Bomber Sports, and the usual cast of characters prepare for another Friday night football game.

Russ Martin (middle), the Voice of Bomber Sports, and the usual cast of characters prepare for another Friday night football game.

RENSSELAER — The Voice of the Bombers will be joined by two of the most versatile athletes in school history during the Rensselaer Central Hall of Fame committee’s induction ceremony on Saturday night, Jan. 15.

Russ Martin (Class of 1969), who has been the public address announcer for the high school football and basketball programs for nearly 20 years and continues to perform those duties today, will be inducted into the Bomber Hall of Fame alongside former multi-sport athletes Cole Hewitt (Class of 2004) and Andrew Malone (Class of 2005) when Kouts visits the Bombers at Joe Burvan Gymnasium on Saturday.

Martin credited several people for making his job as public address announcer easier than it sounds.

“There are many people who assist the public address announcer, especially during football games, to make that person do his or her best,” he said. “In my case, I have been fortunate to have had some of the best ‘spotters’ an announcer could have. These people include our good friend, the late Steve Roberts, and in the booth today, Evan Braasch and Brett Wilhite.

“We’ve had so much fun in the booth over the years, and ‘we’ includes my good friend Gary Braasch and Brad Cook. We all miss our late friend Ron Hickman, who was in the booth as well.”

Whenever he walks into the gym to announce girls’ and boys’ basketball games, Martin said he remembers the fun and historic times the 1968-69 basketball team enjoyed. Martin was a member of the Bombers’ 1969 sectional championship team.

Besides RCHS, Martin spent many years as the public address announcer at Saint Joseph’s College, keeping the public aware of what transpired on the field at Puma football games and on the court at women’s and men’s basketball games in the old Scharf Fieldhouse.

He wishes to thank Bombers football coach Chris Meeks for the nomination. Meeks said of Martin: “(He) is the ultimate professional when it comes to announcing Rensselaer Central High School athletic events. He takes great pride in being a Bomber and thoroughly enjoys being a very important part of Bomber athletics. On Friday nights in the fall, Bomber Nation looks forward to Russ’s famous words: ‘The Bombers line up in Victory Formation.’ We are very thankful for you being the voice of Bomber athletics.”

Martin has two children: Nick and Jessica. Nick and his wife Meredith and their son Noah live in Connecticut, while Jessica and her husband Denny Schanlaub and their children Hailey, Caleb and Paige reside in Rensselaer.

Hewitt played three sports at RCHS and excelled greatly as a member of the Bomber football team from 2001-04.

He also earned a spot on IFCA Junior All-State defensive team at linebacker for Class 2A in 2002, earned AP honorable mention all-state and was recognized by the Post Tribune and Who’s Who in Sports.

He also earned defensive player of the year honors from the Republican in 2003 and was presented the RCHS Career Defense Award that year. The IFCA named him to its Top 50 All-State Team and he earned recognition from Bloomington Herald-Times (all-state 2A team), AP all-state 2A honorable mention and was a three-time all-conference selection. He was also selected to play in the Hoosier North All-Star Game in 2003.

A four-year varsity starter in basketball, he was named an all-area player in 2001-02 by WLQI before stepping into the batter’s box for the Bomber baseball team in the spring.

Hewitt was named all-area first team in baseball by the Journal & Courier in 2003 and was selected the Rensselaer Republican’s Player of the Year in the sport. He was an all-conference player as well.

Upon graduation, Hewitt attended Saint Joseph’s College, receiving a football scholarship. He played all four years as a Puma.

He currently co-owns The Mosquito Masters, LLC., company in Atlanta, Georgia. He said his fondest high school moment was his senior season in football “when we beat North Newton to win sectionals.”

He said a life lesson he learned in participating in athletics was accountability. “People, teammates and coaches are always counting on you to do the right thing and be in the right spot, and that value has continued to transfer into my work and for my family.”

Malone was also a three-sport athlete at RCHS, competing in football, basketball and track.

A 2004 All-Hoosier Conference pick, he earned first team nods from both the Rensselaer Republican and Journal & Courier in 2004. He was also a Joe Burvan 9-0 award winner and played in the 2004 North-South All-Star Game.

Malone was a 1,000-point scorer in four years as a varsity basketball player, finishing his career with 1,008 points, 479 rebounds and 94 made 3-point shots. He averaged 15.7 points, 7.9 rebounds and 2 assists his senior season, which culminated with the 2005 sectional championship.

He was invited to the Indiana Basketball Coaches Association’s Top 100 Underclassman Workout, earned Journal & Courier second team honors in 2003-04 and first team in 2004-05 and was a preseason Hoosier Basketball magazine all-state honorable mention in both 2003-04 and 2004-05.

A two-time all-Hoosier Conference player, he was a two-time WLQI first-team performer, two-time Rensselaer Republican first team player and was the Republican’s co-Player of the Year in 2005.

He was also a Northwest Indiana Times all-area second team selection in ’05 and the team’s Bob Wiles Memorial Award winner that same year.

Malone also attended Saint Joseph’s College and Indiana Wesleyan University and serves as an administrator at Lakeview Jr./Sr. High School. He serves as an assistance football coach at Vincennes Lincoln High School in the fall.

His said he has too many memories to list in four years as a Bomber athlete, adding he was “fortunate to play on good teams with great teammates along with winning the 2003 football sectional and 2004-05 basketball sectional.”

A life lesson he learned from participating in athletics? “(They) taught me the importance of setting goals and being determined to achieve those with hard work and dedication.”