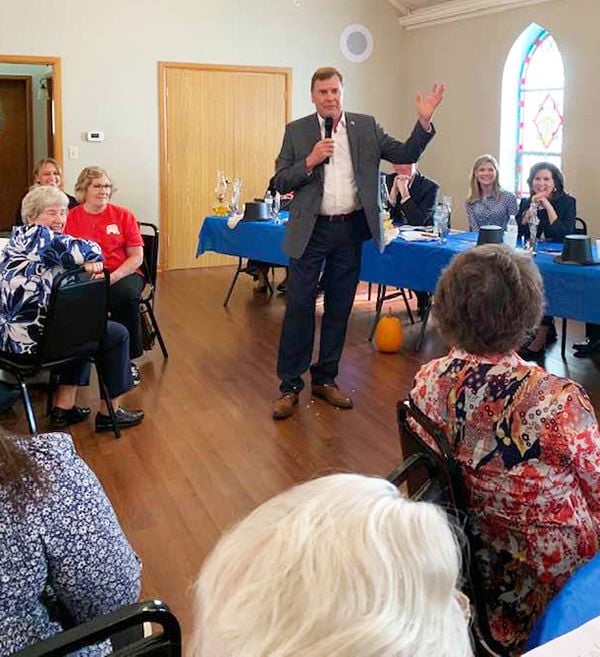 Kendell Culp, who is running for State Representative in District 16, addresses a gathering of potential voters during the Pulaski County Lincoln Day Dinner on Oct. 9 in Francesville. 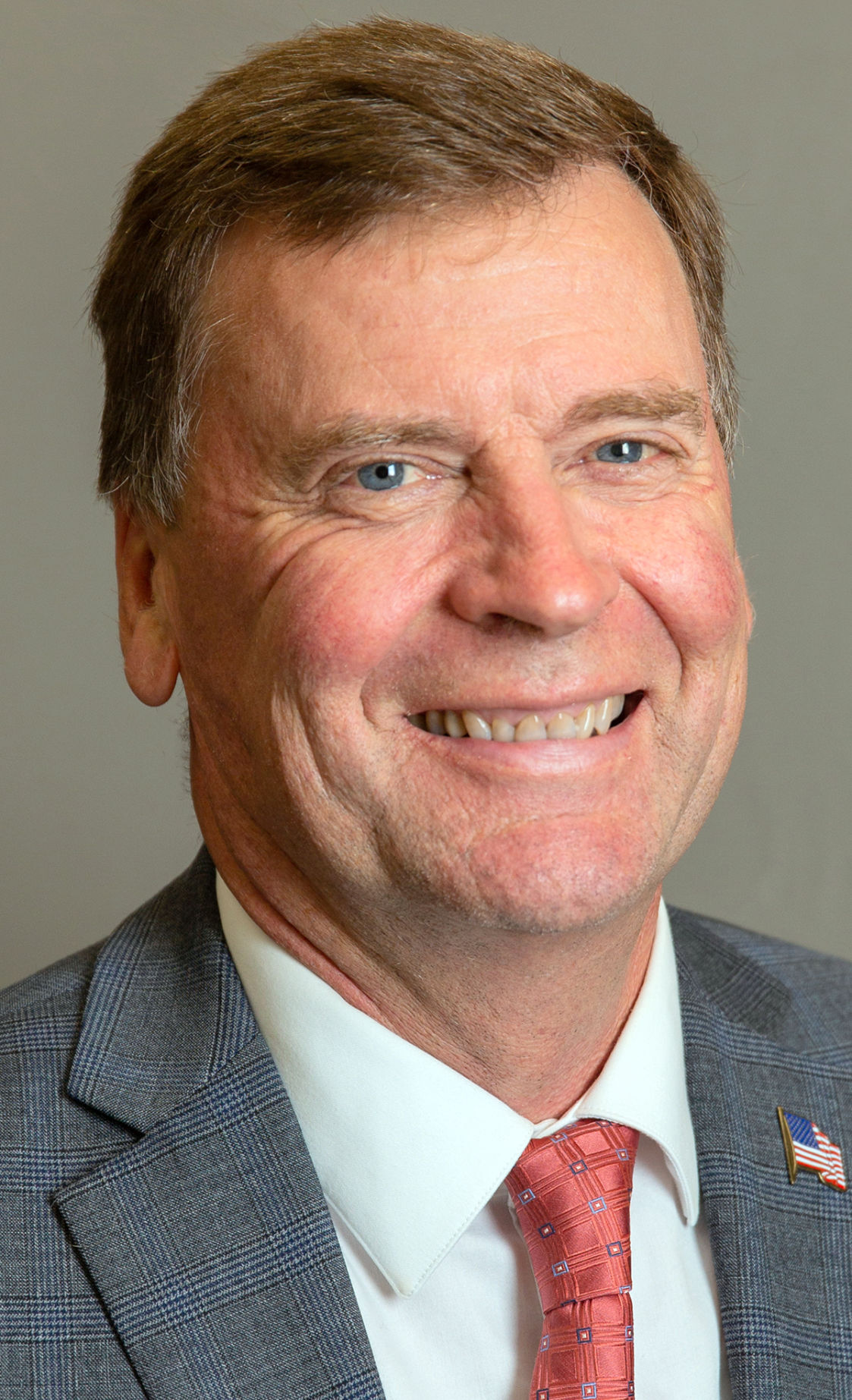 RENSSELAER – Kendall Culp, president of the Jasper County Board of Commissioners, is running for state representative of the newly created House District 16.

House District 16 is an open district with the retirements of incumbent state Reps. Doug Gutwein (R-Francesville) and Don Lehe (R-Brookston). The boundaries of House District 16 recently changed with the redistricting process as it now includes parts of Jasper, Pulaski, Starke and White counties and its county seats in Rensselaer, Winamac, Knox and Monticello.

“Representatives Lehe and Gutwein have represented their constituents well during their tenure in office,” Culp said. “They each serve a very rural district and are to be commended for their service.”

In addition to his commission responsibilities, Culp has served six years as vice president of Indiana Farm Bureau.

“Agriculture has a rich heritage in Indiana. It adds $31 billion to our economy, which has a huge positive impact on our local communities,” he said.

Culp said most of his time as a local elected official has involved preparing Jasper County for future growth and ensuring public health and safety are adequately funded, staffed and equipped.

“We must plan and make decisions today to strengthen our rural communities so they remain sustainable well into the future,” he said.

Culp is a grain and livestock farmer in the Rensselaer area, where he and his wife, Tammy, operate their family farm along with his father and son Brandon Culp. The couple also has a daughter, Kayla Neibert, and two grandchildren.

He is a member of Trinity United Methodist Church in Rensselaer; serves on the Jasper County 4-H Council; is a member of the Purdue Dean of Agriculture’s advisory council; serves on the board of directors for Indiana Farm Bureau and its affiliate companies; and is past president of the Indiana Association of County Commissioners.

Culp also serves on the board of the Indiana Soybean Alliance and the American Soybean Association. He began serving as Jasper County commission in 2005 and has been its president for the past 15 years. He is also a 17-year member of the Jasper County Drainage Board.