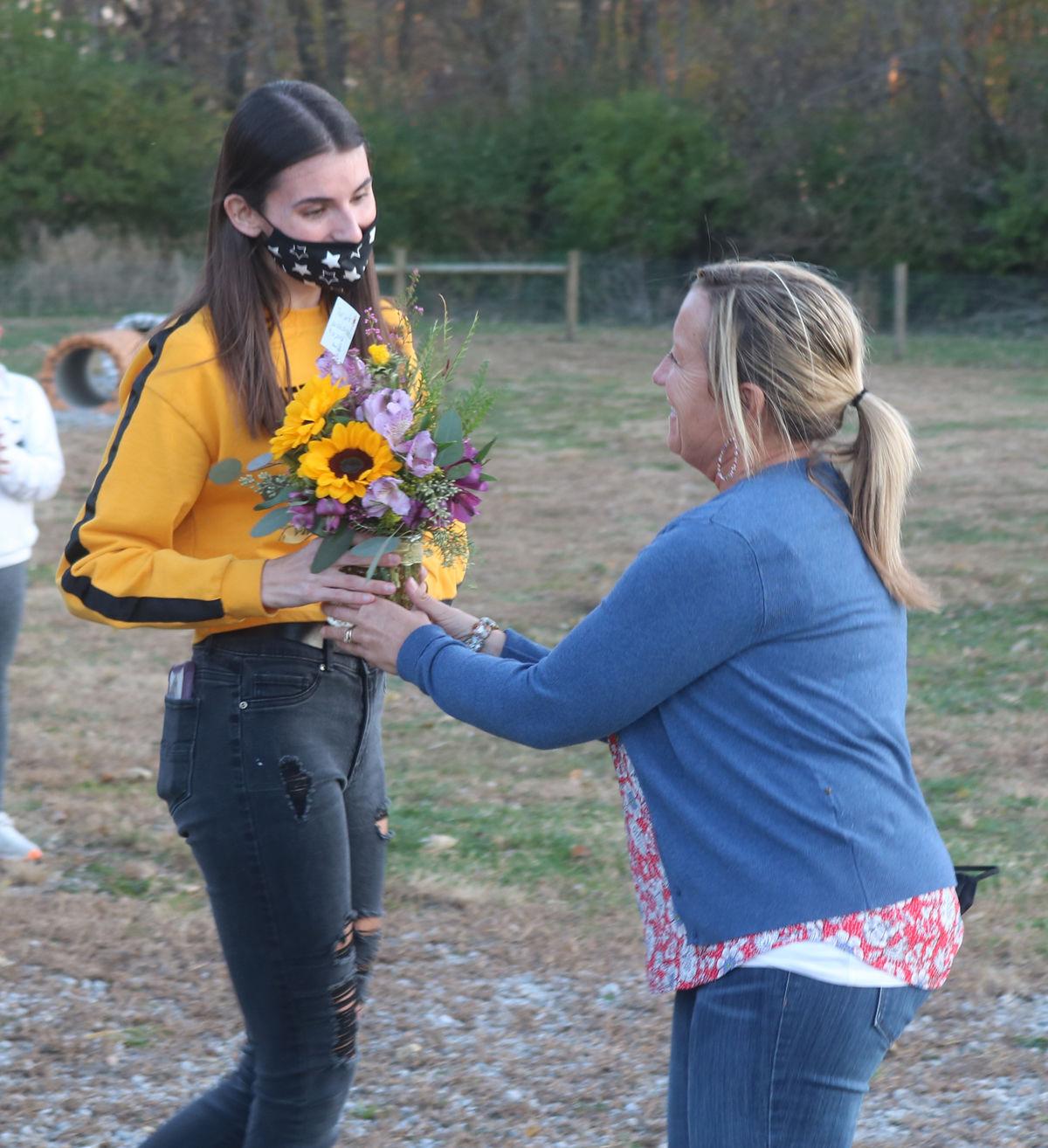 Rensselaer Parks Department event coordinator Heather Hall (right) presents a gift to artist Addy Cain of Rensselaer for her contribution to the dog park this summer. 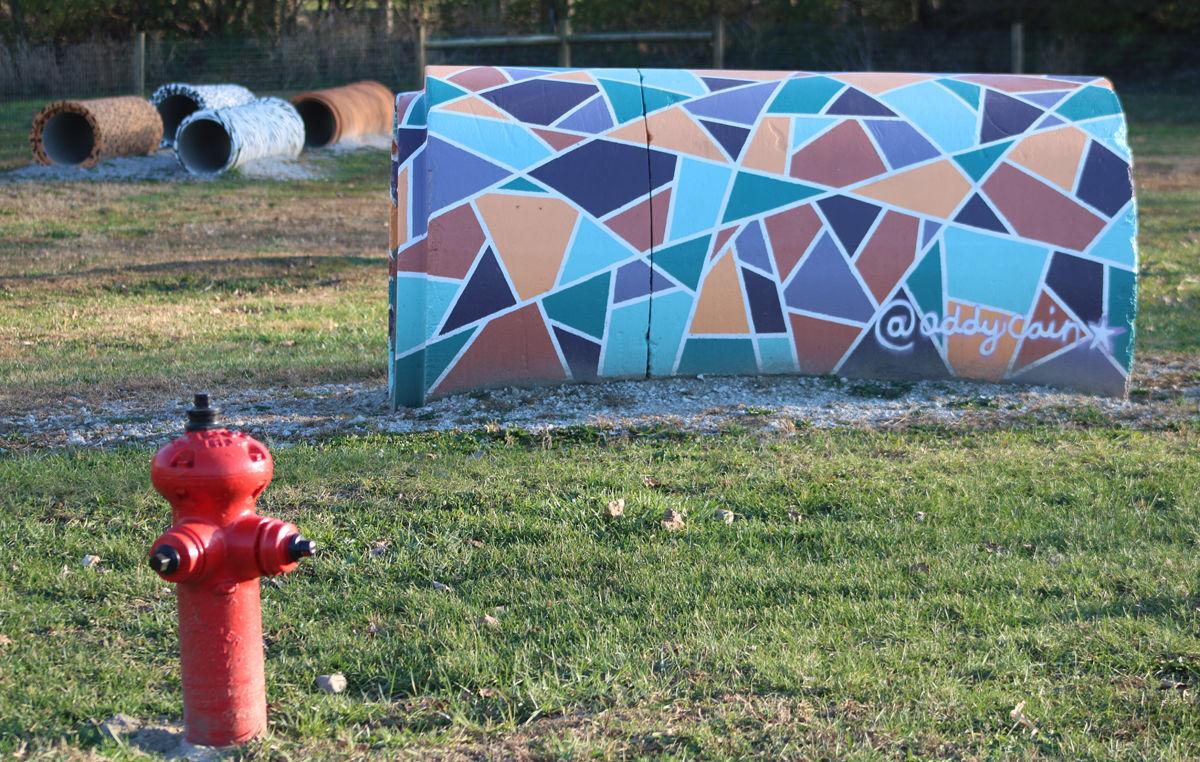 The Rensselaer Republican Dog Park has been open for nearly 16 months and has undergone a series of changes.

Rensselaer Parks Department event coordinator Heather Hall (right) presents a gift to artist Addy Cain of Rensselaer for her contribution to the dog park this summer.

The Rensselaer Republican Dog Park has been open for nearly 16 months and has undergone a series of changes.

RENSSELAER — The Rensselaer Parks Department knew it had a talented artist among its summer help the past two years.

So the department utilized Addy Cain’s skills to spruce up the dog tunnels at the dog park located on Bunkham Road.

The Rensselaer Republican Dog Park, which gets extensive use from city residents and their four-legged companions, was completed in 2019 and dedicated in July of that year.

A 2018 Rensselaer Central graduate, Cain began working on the tunnels in 2019. This past summer, she completed work at the park, painting 10 of the 12 obstacles in a span of two months.

Cain said the murals in downtown Rensselaer served as some inspiration for as she tackled the dog park.

“(Parks event coordinator) Heather Hall asked me if I would like to paint murals out here. She was the one that got it kick-started,” she said. “Just having art in public and getting the community involved inspired me to do the same out here. It’s just on my own scale.

“My inspiration was to make this place happier and a little bit more lively.”

Cain is a student at IUPUI where she is majoring in graphic design. She is currently taking classes online due to COVID concerns.

Staying home also allowed her to work at the dog park at her own pace.

“It was very relaxing. I spend time outside, so that was a big bonus for me,” she said. “I got to use creativity. I visualized in my head the designs, did sketches and just brought it to life.”

Once she obtains her degree from IUPUI, Cain would like to do similar projects for other organizations in the future.

“I would like to use my art and design skills to inspire people and spread hope and positivity,” she said.

Hall said it shows that Cain planned ahead when designing her creations.

“Addy’s work brings a beautiful, whimsical and personalized touch to the dog park,” she said. “We are grateful to her for giving of her time and talents to enhance this space for our community.”