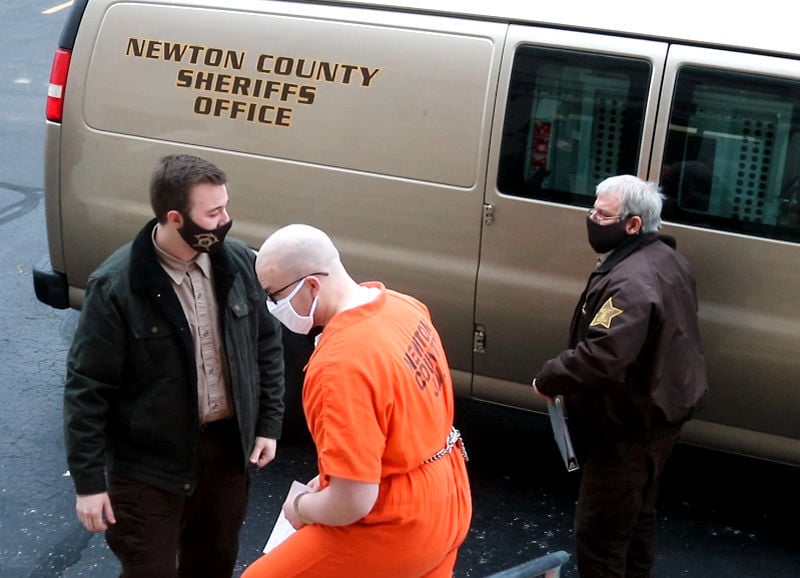 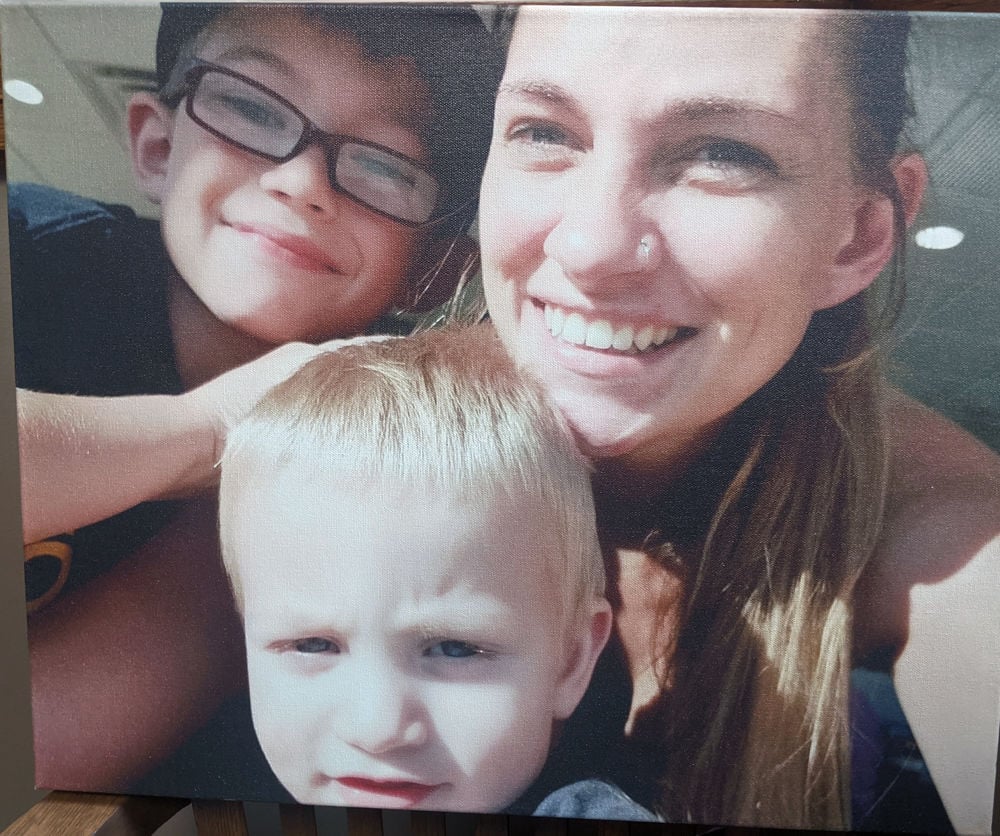 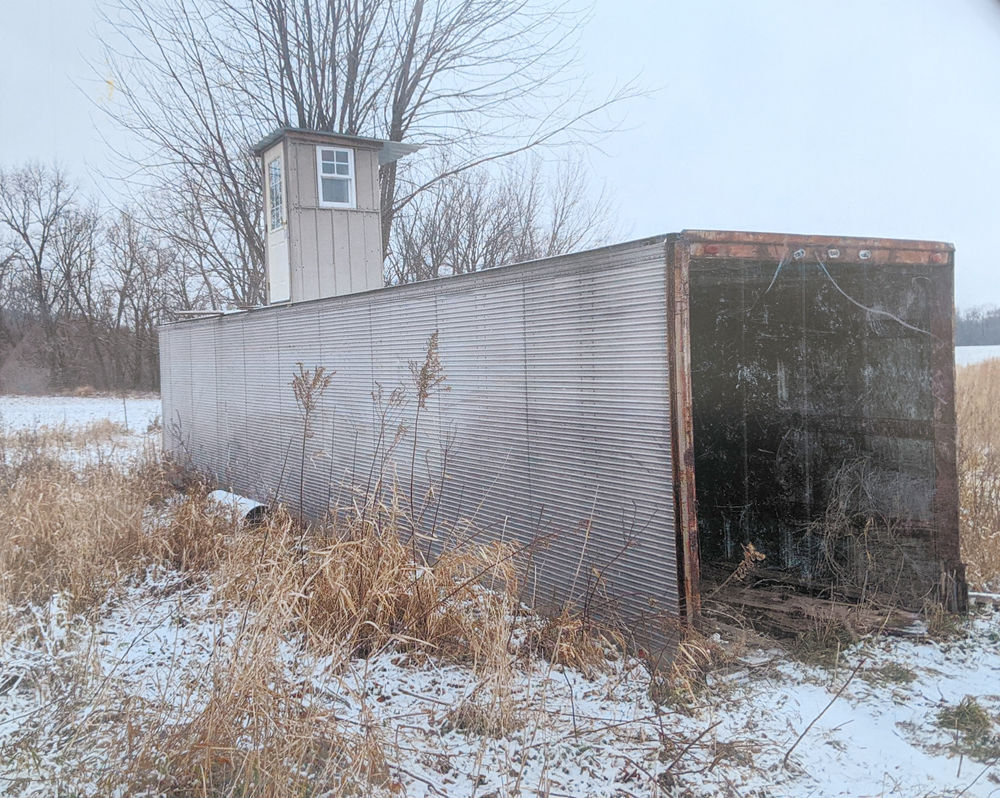 Nicole Bowen’s body was found in a hunting shack in the area of CR 1275 S east of CR 600 W northwest of Kentland.

Nicole Bowen’s body was found in a hunting shack in the area of CR 1275 S east of CR 600 W northwest of Kentland.

KENTLAND — From the very first hearing, Nicole Bowen’s family and close friends have shown up to the Newton County Courthouse wearing blue shirts saying “Justice for Nicole.” Some sort of justice may have finally arrived for them, 20 months later, as Garrett Kirts, one of two primary suspects of the March 30, 2019 homicide of Nicole Bowen, was sentenced to 55 years in prison on Jan. 11, 2021.

The years of the sentence were just a formality as Kirts had previously pled guilty as part of a plea agreement that spelled out the length of the sentence.

Kirts, sporting a freshly shaven head, did not speak at the hearing and made little eye contact throughout the hearing, however, two of Nicole’s family members did give emotional speeches before he was taken away.

“He took my niece’s life and I feel if you take a life, you should get life,” said Ginger Prater, which was not only directed at the court but also to Kirts personally. “We are here today to finally find justice for Nicole. She was not taken by an act of God, you decided to take Nicole’s life. That decision was yours and your cronies. She was a mother of two young boys who she will never get the chance to see grow into men.”

“Why did she have to go, what did she know,” Prater asked Kirts emotionally. “To me, the 55-year sentence is not fair.”

Before Prater stepped down from the witness stand, she looked at Kirts and held up a photo of where Nicole’s body was dumped after she had been killed.

“I understand the plea and I am ok with the sentence, but if it would have been up to me, it would be an eye for an eye and the state would put you to death,” said Nicole’s mother Cheryl Samuels. “Do you realize what you did to those young boys? The youngest doesn’t even have memories of his mom and you took that away.”

Samuels added that she “wholeheartedly” believes that Nicole knew something that Kirts did a few weeks earlier that made him kill her, referring to his possible connection to the March 17, 2019 death of Ray Hanish, 49, of Reynolds.

“I believe you are a sick and evil little boy,” added Samuels. “You are a coward. I will never forgive you and may you rot in hell.”

Kirts did not speak, but his public defender Codey Spear did make a statement.

Spear stated that this case is a prime illustration of what drug abuse has done to area communities.

“In these circumstances, there will never be fairness, but I believe this plea is just,” said Spear.

Before sending Kirts on his way to the department of corrections, Newton County Superior Court Judge Daniel Molter urged everyone in attendance to feel that justice has been served in this case.

“I believe no stone was left unturned and no theory of culpability left unchallenged,” said Molter. “Law enforcement personnel and our Prosecutor Jeff Drinski and his staff reached new heights in diligence and determination in their attempts to bring closure and accountability to these cases. Mr. Kirts, when you appeared in court some time ago and offered testimony in support of your guilty plea, you set forth the story that played out that fateful evening.

You brought Nicole to Kentland, under false pretense to a party attended by approximately five or six people. You drove an hour with a woman with whom you had been intimate for the sole purpose of callously ending her life because you and two other individuals decreed that she had told on you about some drug use and ‘she needed to die.’ While you took an electrical cord and ‘played to an audience,’ Nicole stood helplessly alone to die a terrifying death and absolutely no one came to her aid. Even your tone of voice in your courtroom narrative spoke an air of callousness and nonchalant resignation one might expect of someone who inadvertently disregarded a stop sign or dropped litter in the church parking lot. It cannot come as a total surprise that a person even as young as you could formulate such an ill intent because you are the product, the victim, and misguided participant in a time capsule of civilization when many good people have looked outward for the quick fix to justify an exaggerated attempt at a happier self-preservation and a less challenging moral commitment.”

Bowen’s body was found in a hunting shack in the area of CR 1275 S east of CR 600 W northwest of Kentland.

According to Kirts, once Bowen arrived at the Kentland Trailer Park, Ashley Garth started a fistfight with her and he went behind her and put her in a chokehold until she passed out. Kirts went on to say that he asked Garth for an extension cord and then wrapped it around Bowen’s neck but Garth is the one that pulled on it until she stopped breathing.

Kirts and Garth are just two of the five suspects that were charged in the case of the death of Bowen.

“Murder cases are always long and drawn out, and I wasn’t positive a jury would have agreed to life without parole,” said Drinski. “We had discussions with the family and explained the plea deal and why we chose 55 years. Through the development of this case, Garth has become a primary suspect as well and we are currently negotiating a plea agreement with her attorney. Judge Molter said this was the 15th murder case he has had, and this is my third murder case in the last 10 years. It just shows the degradation of our society, and all of my murder cases have been surrounded by drugs. I agree with Judge Molter and drugs are not a victimless crime. Society is the victim and that is why I fight so hard on drug charges.”