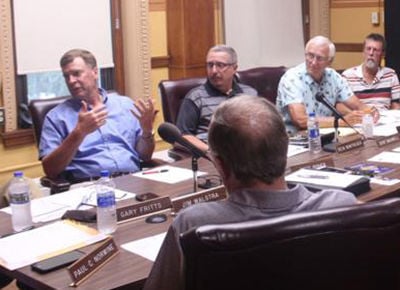 Rein Bontrager (middle), who currently serves as the Jasper County Council’s president, has filed for a commissioner seat in next spring’s Primary Election. 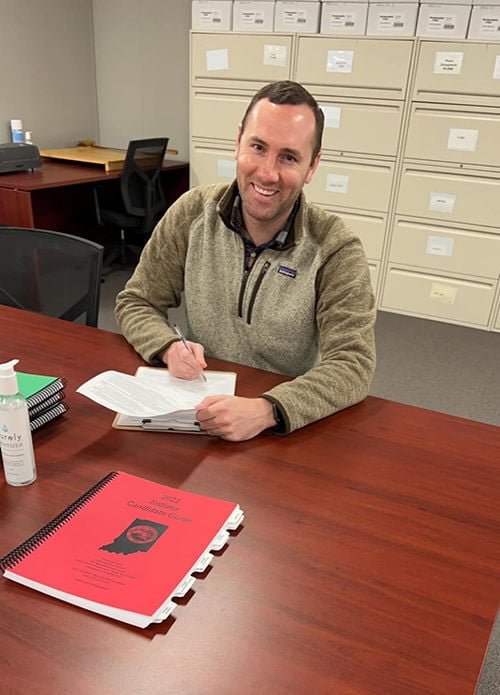 Rein Bontrager (middle), who currently serves as the Jasper County Council’s president, has filed for a commissioner seat in next spring’s Primary Election.

The position is currently filled by Dick Maxwell, who reportedly will not run in 2022.

Bontrager, a Republican from Rensselaer, was one of five people to file for a number of county positions Tuesday, Jan. 5, which is the first day to file for the 2022 Primary Election. Filing continues through Feb. 4.

Armold, who is new to politics, will look to claim the council seat currently held by Bontrager.

Current sheriff Patrick M. Williamson Sr., a Republican, announced he will seek another term and Republican Larry Wiers filed candidacy for the Keener Township Board in DeMotte.

On Thursday, current Jasper County Commissioner Kendell Culp, of Rensselaer, and former Jasper County REMC CEO Bryan Washburn, of DeMotte, officially announced they will compete for the Republican nomination for State Representative District 16. The position will be vacated by Douglas Gutwein, who served the district that includes Jasper and Pulaski counties for 14 years.

“Hard to believe four years has passed so quickly,” he said in his announcement on Facebook. “We’ve moved into a new office building, gained some new faces and made a lot of decisions. We’ve not always been perfect, but I couldn’t be more proud of the work we’ve accomplished in my first term. I look forward to continuing to serve the great people of Jasper County.”

The Primary Election will be held on May 3.