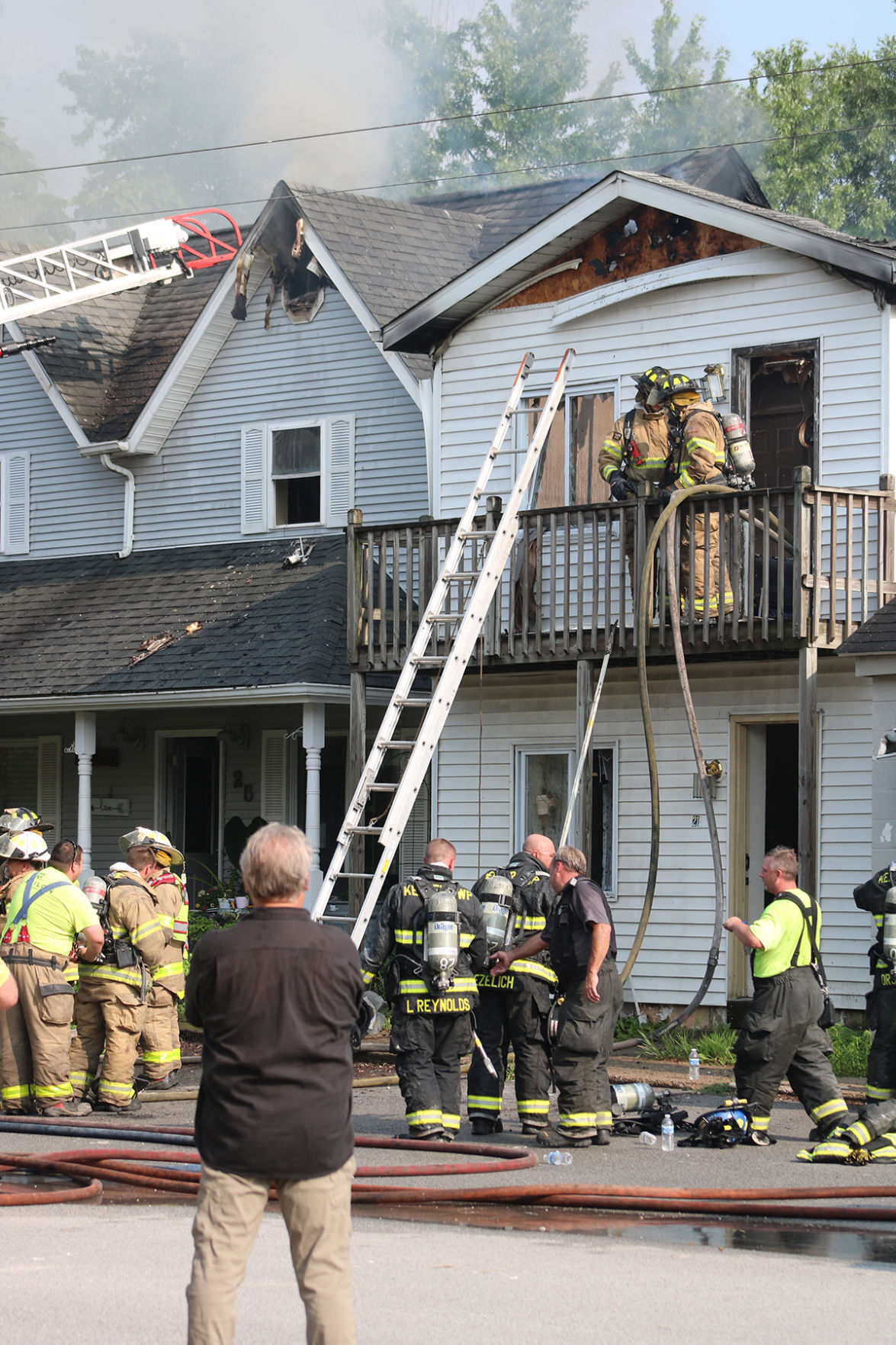 Firefighters from throughout the area battled a two-home blaze in Wheatfield Tuesday. 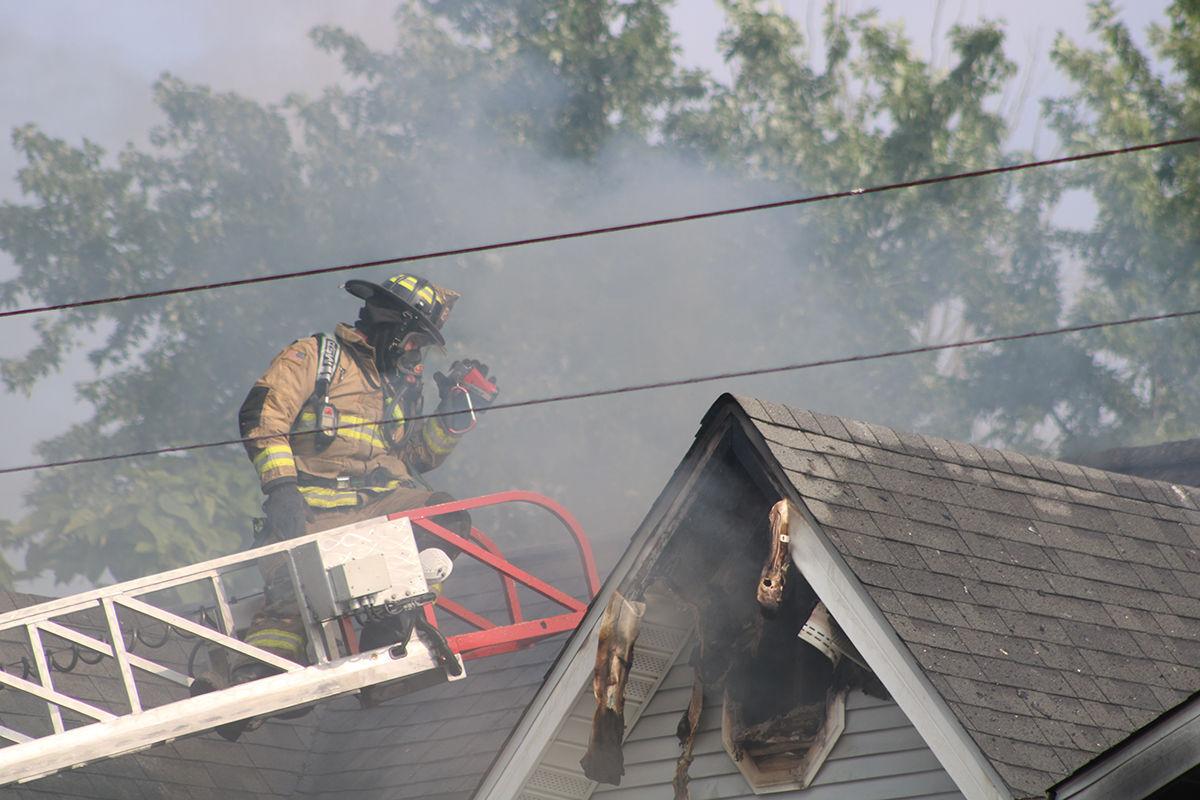 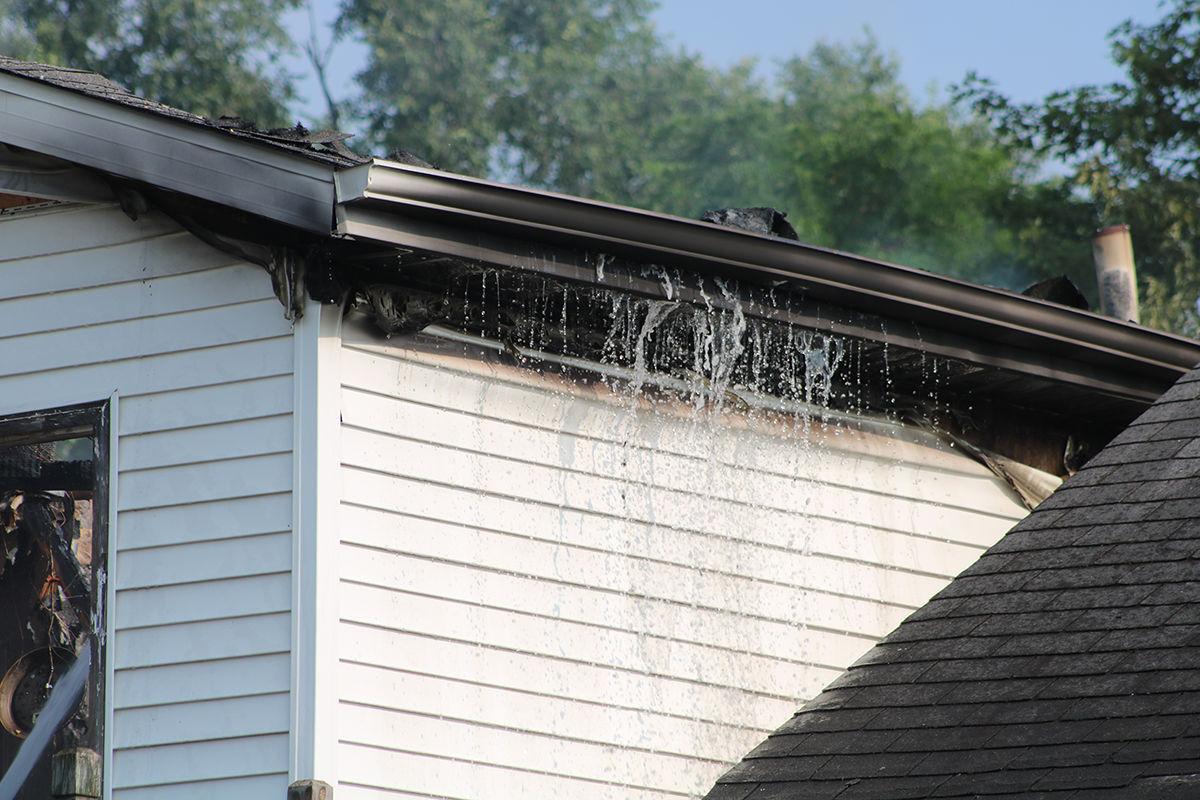 Water seeps out of one of the two homes that caught fire in Wheatfield Tuesday as firefighters drench the inside with water.

Firefighters from throughout the area battled a two-home blaze in Wheatfield Tuesday.

Water seeps out of one of the two homes that caught fire in Wheatfield Tuesday as firefighters drench the inside with water.

Firefighers were able to contain the blaze to the two homes located on Grove Street, just a few feet from Main Street near the Schoolhouse Restaurant. The homes, which are separated by a small gap, occupy the south side of Grove Street.

One of the homes closest to the restaurant serves as an apartment building where the fire is believed to have started. It then spread to a home to the east.

Three households were displaced by the fire. There were no injuries to residents or firefighters, but the apartment building and the upper portion of the house were destroyed.

The apartment building rests just a couple of feet from the restaurant, which received no damage.

Wheatfield answered the call at around 4 p.m. and contacted Keener Township in DeMotte, Kouts and Rensselaer’s fire department for mutual aid. Kouts brought its ladder truck, which the firefighters used to spill water from above the two-story homes.

Other departments on the scene to assist were Lincoln Township, San Pierre, Morgan Township and Boone Grove.

Several firefighters took turns climbing to the second floor of one of the homes, using a balcony to slip inside.

It is unknown at this time what caused the fire and which home it started in. Firefighters were on the scene for more than four hours.