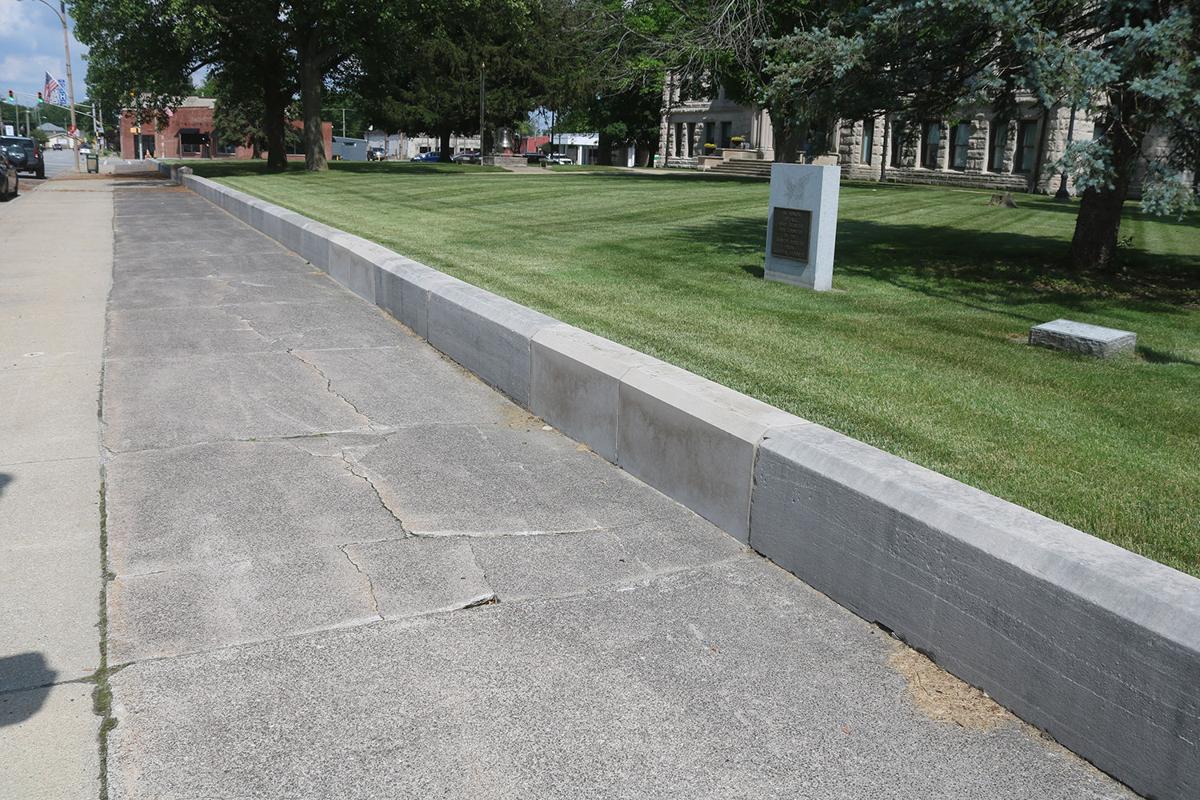 The 125th year celebration of the Jasper County Courthouse could be a good time to replace worn sidewalks around the courthouse square. 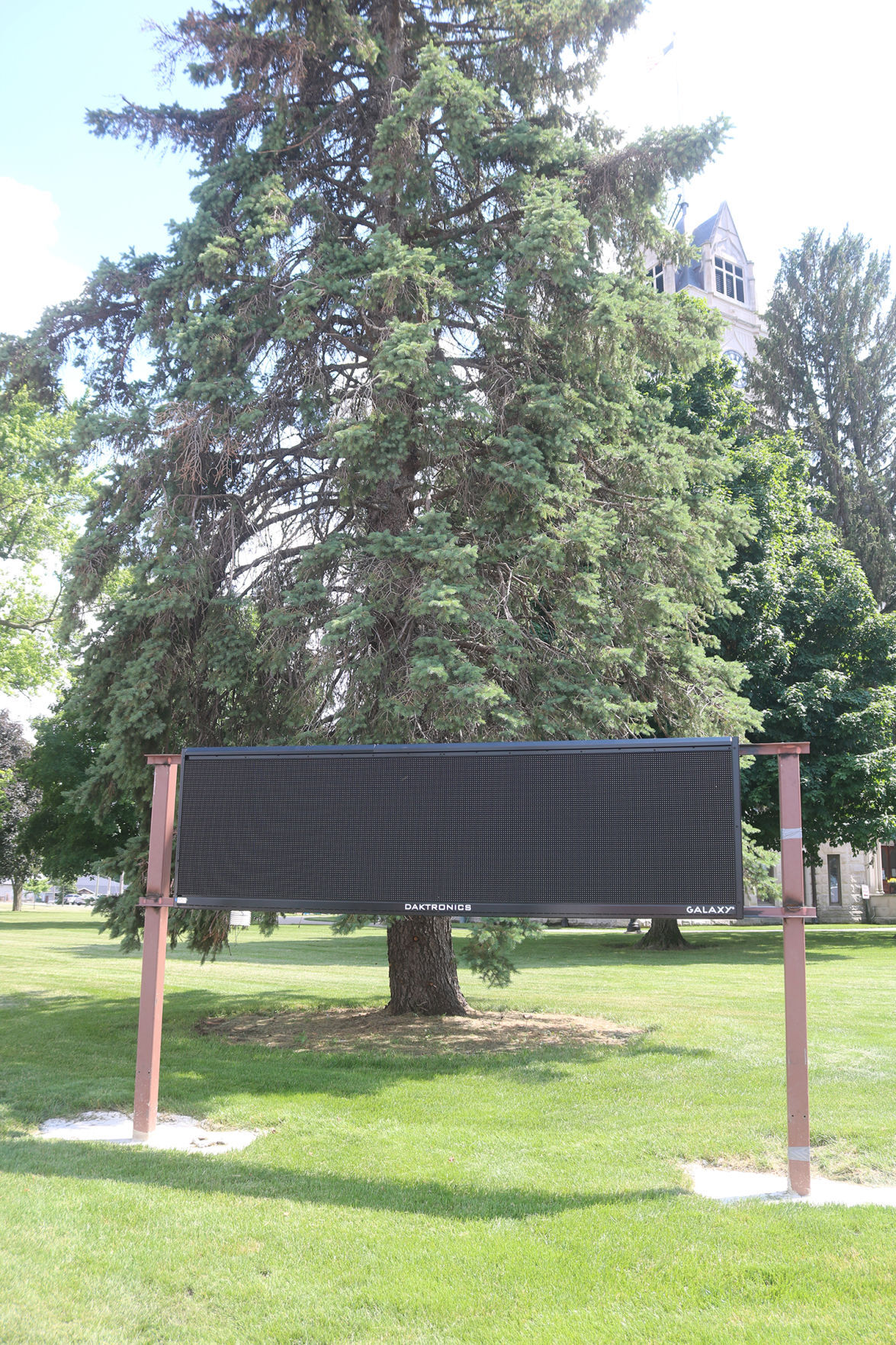 A new addition to the Jasper County Courthouse square is a digital sign, which sits on the northeast corner of the square. When operational, it will flash a list of important county events.

The 125th year celebration of the Jasper County Courthouse could be a good time to replace worn sidewalks around the courthouse square.

A new addition to the Jasper County Courthouse square is a digital sign, which sits on the northeast corner of the square. When operational, it will flash a list of important county events.

JASPER COUNTY — Jasper County officials are considering ways to celebrate the 125th anniversary of the courthouse this fall.

One idea to mark the occasion and introduced at the county commissioners meeting on June 7 was renovating the sidewalks around the courthouse since repair work at a number of areas is needed.

A committee on what can be done to celebrate the completion of the courthouse in October of 1896 was formed by the commissioners last month. Committee members, which include current commissioner Dick Maxwell, who was on the board during the 100th year anniversary in 1996, said whatever is done around the courthouse should fit the city of Rensselaer’s revitalization plans for the downtown area.

A consultant on those plans, Brandon Schraeg, gave a presentation at the commissioners meeting on what is being proposed for county property. City officials are hoping to replace the bricks on the west side of the courthouse as part of that project.

The commissioners asked their committee to continue working with the city and its consultants to help with their decision on replacing sidewalks.

Construction on the courthouse began in July of 1896 and 20 months later at a cost of around $155,000, the county had a new courthouse.

Designed in Romanesque style with Gothic and Victorian overtones, it was planned with two main floors, a basement floor and a sub-basement or cellar. In the dirt-floored sub-basement would be the furnaces, fuel and storage rooms. The basement, which was to be level with the outside grade, would be the offices of the sheriff, the county assessor, the superintendent, the janitor’s room and a memorial room.

WESTFALL: What is likelihood of drought developing?

The first main or second-story floor was to contain the offices of the auditor, clerk, treasurer and recorder and the commissioners’ court room. The second main floor was home to a courtroom, jury rooms and a second large room, “which, when needed, could be utilized for a second courtroom as was expected to be required,” according to the Jasper County Courthouse Centennial book published in 1996.

The size of the building on the ground would be 120 feet by 72 feet with fronting on Washington Street. The main town in the center of the building was designed to be 100 feet high to the top of an approved decorative piece or finial.

A number of renovations have been done to the courthouse since 1896, but it remains almost exactly as county officials of that period had intended.

The commissioners also opened bids for work on county roads that will be funded as part of a Community Crossings grant. Two bids were submitted, with Town and Country Paving, which is currently part of Rieth-Riley of Goshen, providing a bid of $904,888.29 for road work and Milestone submitting a bid of $946,684.70.

The lower bid was approved pending receipt of the grant money from INDOT. Legal counsel was also asked to review the awarded bid.

Commissioners also reviewed costs of replacing or repairing four bridges that are deteriorating throughout the county. They approved repair work on two bridges considered the highest priority by a project consultant.

Commissioners also approved spending no more than $2 million on paving and chip-and-seal for county roads.