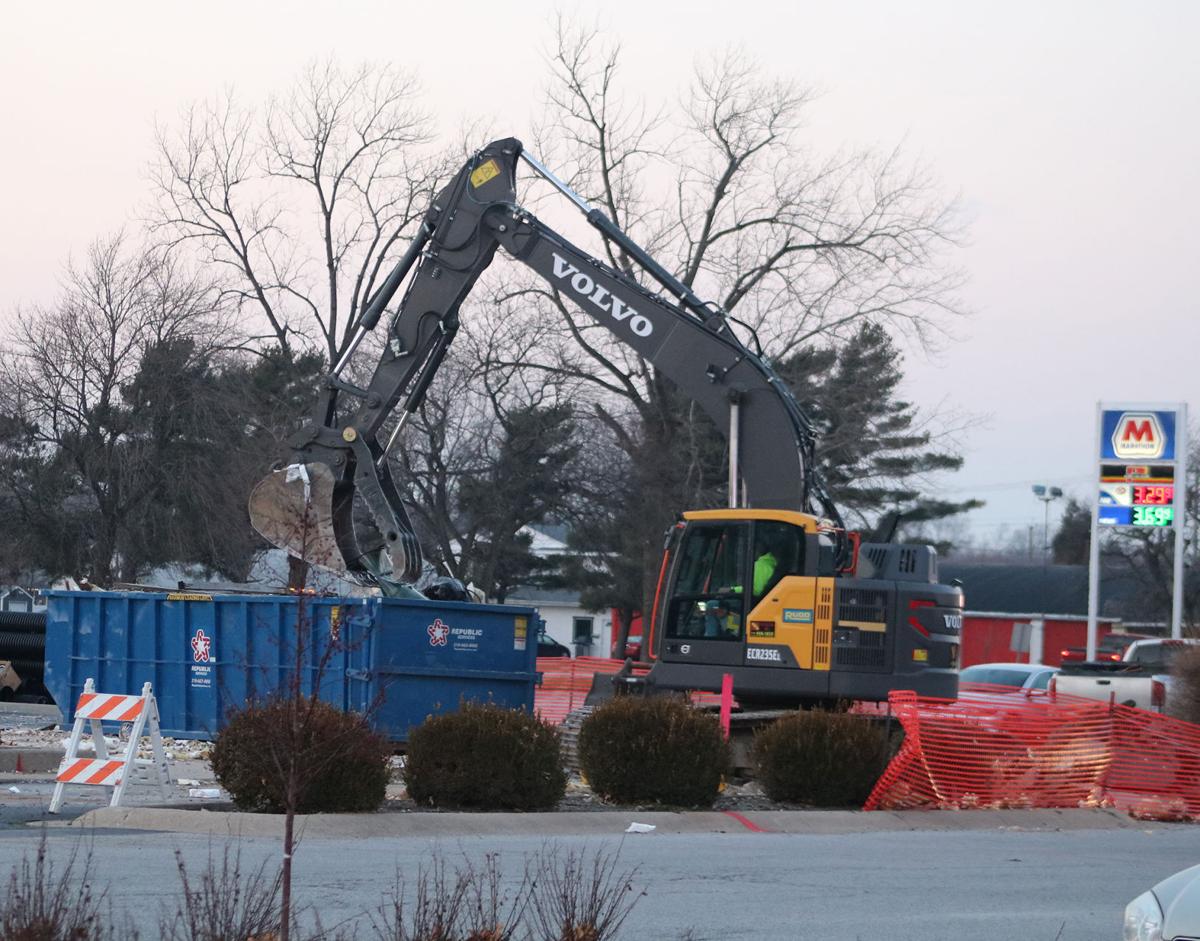 A demolition crew member cleans up debris from Tuesday’s demolition of the Arby’s store on College Avenue. The site will be the future home of a Walgreen’s drive-through store. 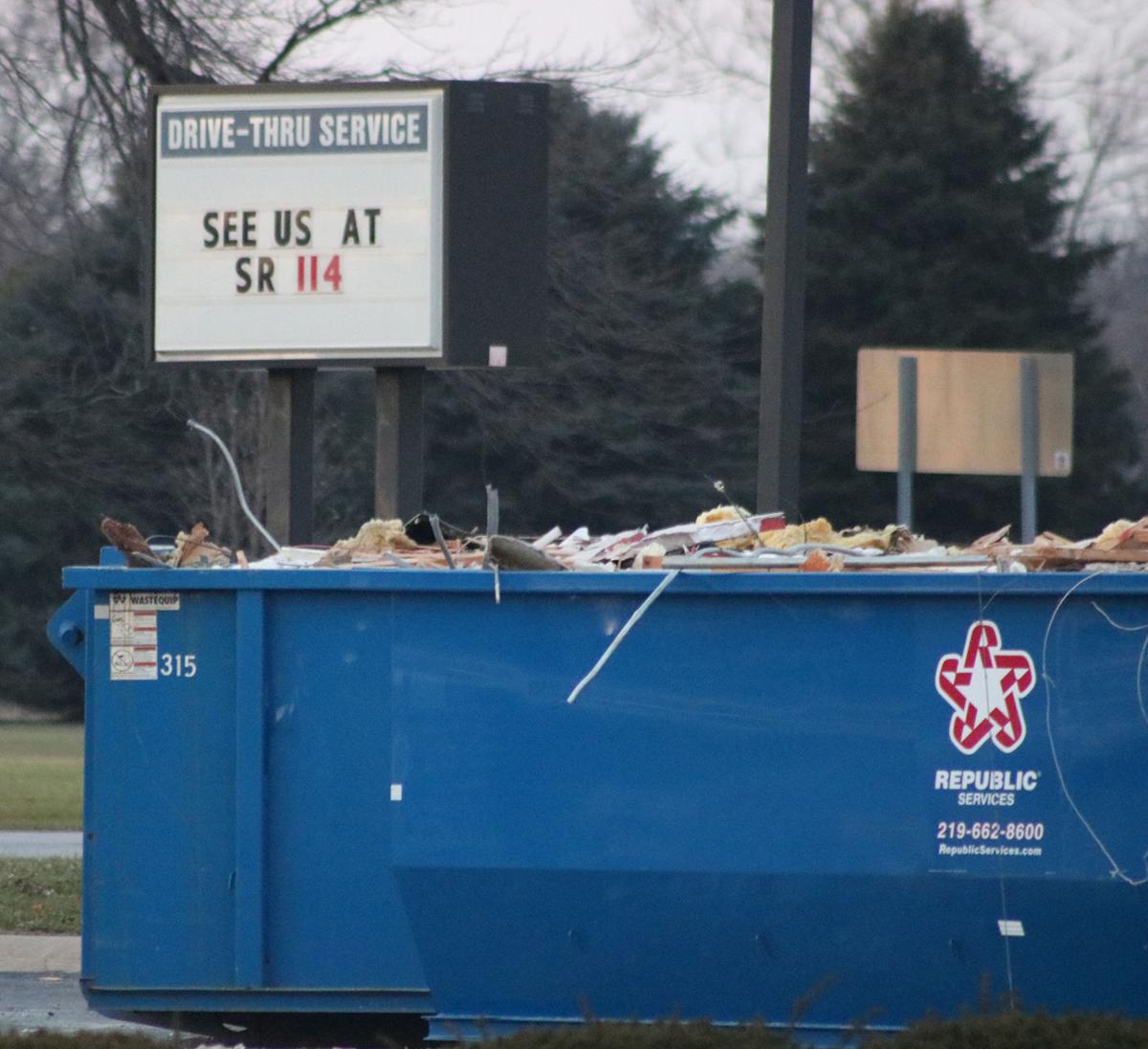 A sign is the only thing still standing at the Arby’s store on College Avenue in Rensselaer.

A demolition crew member cleans up debris from Tuesday’s demolition of the Arby’s store on College Avenue. The site will be the future home of a Walgreen’s drive-through store.

A sign is the only thing still standing at the Arby’s store on College Avenue in Rensselaer.

RENSSELAER — The walls of the former Arby’s building on College Avenue came down on Tuesday, Dec. 21.

And even as crews were cleaning up debris at the site across from the Strack and Van Til store’s parking lot, plans have been put in place to build a Walgreen’s drive-through-only store this winter.

“Their buildings are prefab with concrete walls, so it will be up pretty quick,” Rensselaer Mayor Steve Wood said of Walgreen’s plans. “They were rushing us to get utilities turned on at the site.”

City employees hooked up water and electric and gas Tuesday ahead of the placement of a drive-through building.

It is unclear what Walgreen plans to do with its current full-service store in the College Square Plaza just hundreds of feet northwest of the new store.

Wood said he was expected to know more when city officials meet with Walgreen’s representatives on Wednesday, Dec. 22.

“They’ve been keeping mum about it all,” Wood said on Tuesday. “I would hate to see the (plaza) store close. Hopefully we’ll get more information.”

Arby’s had two locations in Rensselaer until the in-town location was vacated in 2019 due to poor business. The closing of Saint Joseph’s College, which is located across from Arby’s on College Avenue, shut its doors in 2017 and the fast food business suffered because of it, said John Wade, president and chief executive officer of AES Restaurant Group.

AES currently owns the Arby’s at State Road 114 and Interstate 65.

Wade said at the time of the store’s closing that his company had reached the end of its licensing agreement with Arby’s, which also led to the decision to vacate the building.

If SJC decided to reopen in some sort of capacity, AES had planned to remodel the store and reopen as well. If the college remained closed, the company said it would not retain the property and put it up for sale.