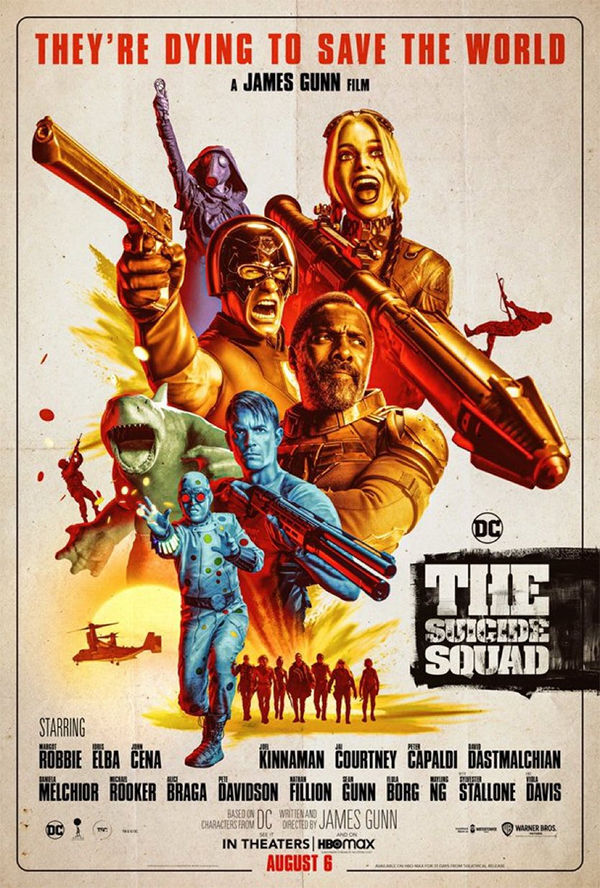 “The Suicide Squad” is rated R for strong violence and gore, language throughout, some sexual references, drug use and brief graphic nudity. Its running time is 132 minutes.

“The Suicide Squad” has probably the most important “The” in movie title history, so important that it should be alphabetized under “T” instead of “S.”

This is a film that desperately wants to differentiate itself from 2016’s “Suicide Squad,” a film with tremendous potential that managed to blow one opportunity after another. The film is based on characters from DC Comics, and promises to “get them right this time,” a promise that has worked to varying degrees in the past.

For every “Deadpool,” there’s a “Fant4stic,” but the addition of controversial director James Gunn and a turn-up of R-rated content has gotten fans excited for an edgier film.

And yes, this is the better of the two “Suicide Squad” movies, but it’s mostly by default.

Waller puts together teams of criminals to do black ops missions with no expectations of survival. In this movie it’s actually two teams, but one fares very poorly. Some of the actors on that team seem to have been cast just so the audience can cheer for their faces getting blown off. It’s the second team that gets most of the focus after the opening scene.

I liked most of these characters, especially Bloodsport thanks to Elba, but I didn’t go so much for King Shark. With his monosyllabic vocabulary and Gunn’s direction, it felt too much like the movie was trying to turn him into the DCEU’s version of Groot. I would much rather the film have imported the charming Ron Funches from the “Harley Quinn” TV series to voice the character.

Waller sends the teams in to a South American island that houses a Nazi-era laboratory that holds an extraterrestrial presence. The country has recently undergone a revolution, with a revolution to that revolution coming soon. I could have gone without either revolution storyline, even though they’re the backdrop for the only interesting Harley scenes in the movie.

The team eventually locates The Thinker (Peter Capaldi), who introduces them to Starro the Conquerer, a giant starfish who serves as the Big Bad of the film.

The film jumps around in time a lot, a device I usually despise, but it’s handled well here. Much of the action is taking place concurrently, so it makes sense that we’d have to see one set of scenes, then the other.

Again, the stuff with Harley and the new government is the most awkward fit of the bunch, but the movie had to give us some Harley-centric scenes at some point, and they’re good scenes in and of themselves, just not a great fit with the search for the laboratory.

“The Suicide Squad” falls into a few traps of the genre, with a few too many characters and subplots, but it makes up for its shortcomings by being funny and exciting. It was definitely the right decision to go for the R rating here, and it makes the original seem even more toothless when you get a taste of what could have been. Sometimes you want to see bad guys just get bloodlessly swallowed up like in “Black Widow” and sometimes you want to see them get absolutely ripped apart like they do here.

This movie doesn’t hit the target as well as it wants, but it doesn’t waste its shot like the first movie.