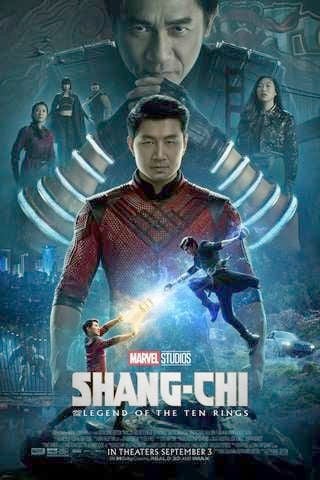 “Shang-Chi and the Legend of the Ten Rings” is rated PG-13 for sequences of violence and action, and language. Its running time is 132 minutes.

Last month, Disney CEO Bob Chapek controversially referred to “Shang-Chi and the Legend of the Ten Rings” as “an interesting experiment.”

He was purportedly referring to the decision to release the film exclusively to theaters (as opposed to a simultaneous theatrical/streaming release), but some took the comment as dismissively referring to releasing a film with a predominantly Asian cast.

I see it as an experiment on another front: Trying to take advantage of the historically tricky Labor Day weekend.

I don’t know if it’s because kids across the country are back to school or the transition out of summer blockbuster season, but Labor Day weekend is traditionally one of the worst box office weekends of the year — not the worst holiday weekend, the worst weekend, period.

Fortunately, even if the film is an “experiment,” the experiment has paid off on all fronts. The film opened to $71 million, proving that the film could succeed without streaming, an Asian cast can carry a movie, and by nearly doubling the previous record, blockbuster openings are possible on Labor Day weekend.

It helps that film itself is an above-average MCU entry that deserves its success.

Shang-Chi (Simu Liu) was raised by his father Wenwu (Tony Leung) to be an expert assassin. Wenwu himself was in possession of the powerful Ten Rings, which gave him malevolent superpowers, but gave them up to marry Li (Fala Chen), herself a martial arts master from the mystical land of Ta Lo who had to give up her powers to marry Wenwu and start a family.

Shang-Chi escaped from his father and fled to America, where he currently spends his days valet parking and hanging out with his friend Katy (Awkwafina). He gets a distress call from his estranged sister Xialing (Meng’er Zhang), so he and Katy travel to Macau to rescue her.

It turns out Xialing is doing fine, running an underground fight club after training herself to be an expert fighter and escaping from Wenwu herself. The whole thing turns out to be a setup by Wenwu to reunite with his children so they can travel to Ta Lo to rescue Li, whom the kids know to be dead.

BOB AT THE MOVIES: 'No Time to Die' is last Bond movie for Craig

It’s up to Shang-Chi, Xialing, Katy, and a surprise returning character from another arm of the MCU to save Ta Lo from Wenwu, who will either recover his wife or use the Ten Rings to burn the village to the ground.

This movie has some of the best action sequences I’ve seen from the MCU in a long time. The best is an early one on a bus (between this and “Nobody,” this has been a great year for bus-based fight sequences), and that’s followed by one on the side of a building that is basically constructed like a giant Plinko board.

I also like a few fights set in Ta Lo, one where Wenwu battles Li, and one where Chang-Chi spars with his aunt Nan (Michelle Yeoh).

Less enthralling are fights toward the end where the Ten Rings are unleashed to throw people around, shoot phony-looking lightning bolts, and fight CGI dragons. It’s the kind of overdone action that turns people off of the MCU.

I will say that one element I appreciate is that the characters don’t immediately go into celebration mode after a final battle with many casualties. They recognize that the day is won, but they make it a priority to honor their fallen comrades.

I’ll admit I was worried about the future of the MCU with the disappointing “Black Widow,” but “Shang-Chi and the Legend of the Ten Rings” has it back on track.

The action is pretty crisp, but more importantly, the characters are engaging and funny enough that I want to see what adventures they’ll have in installments to come.

I hope this movie ultimately outdoes “Black Widow” at the box office so there can be no doubt that this experiment was a success.