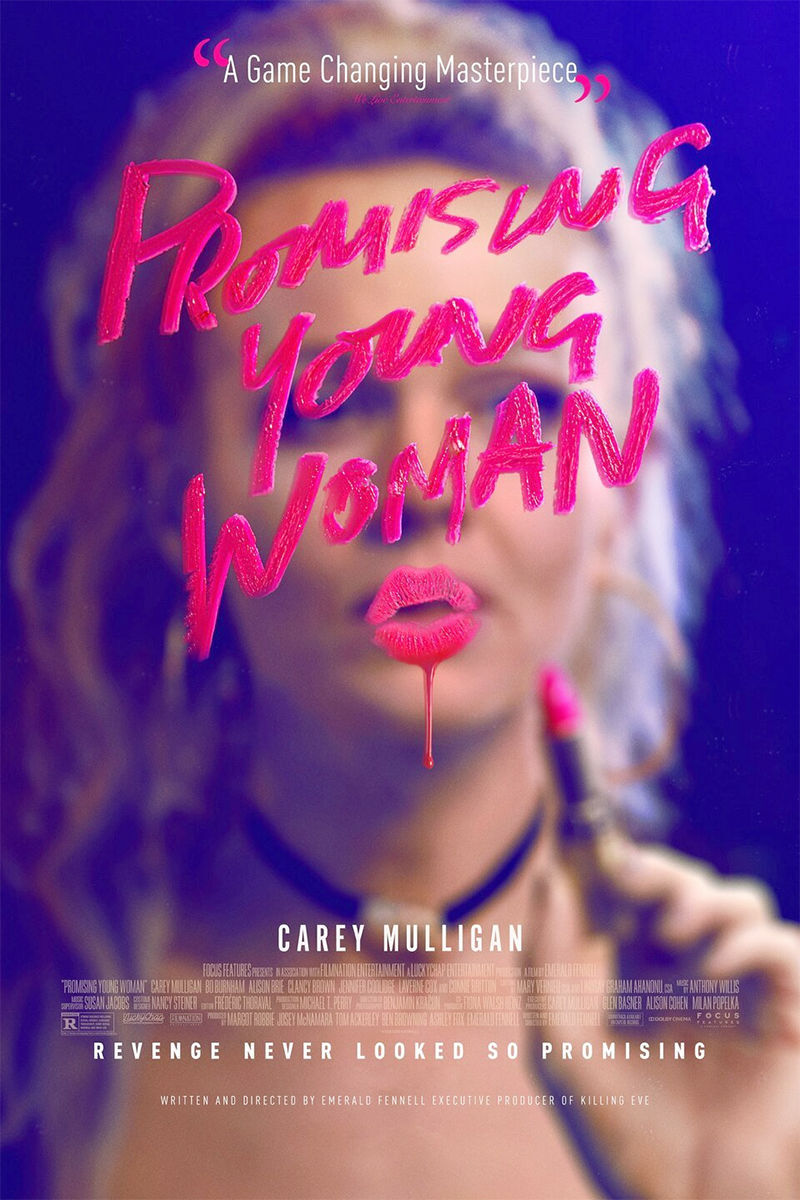 “Promising Young Woman” is playing in theaters and is also available On Demand, likely through your local cable provider. The film is rated R for strong violence including sexual assault, language throughout, some sexual material and drug use. Its running time is 113 minutes.

I had particularly high hopes for “Promising Young Woman.” When I saw the first trailer in early 2020, my instincts told me that this was going to be one of the most exciting, unpredictable, maybe even terrifying films of the year.

Carey Mulligan stars as Cassie. Once a promising young woman with a bright future ahead of her in medical school, Cassie dropped out along with her friend Nina when the latter was raped and later died. Now Cassie lives with her parents (Jennifer Coolidge and Clancy Brown) and her meager career consists of working at a coffee shop run by Gail (Laverne Cox).

Her one pleasure in life comes from going to high-end bars, pretending to be drunk, letting rich sleazebags take her home, revealing she’s really sober, and then … pretty much letting them off the hook.

The trailers made it look like she was really going to punish these predators, but to my disappointment she stops short of performing any truly radical acts.

One guy in Cassie’s life that she doesn’t seduce at a bar is old classmate Ryan (Bo Burnham). He’s now a charmingly goofy pediatrician with a heart of gold and an eye for her. The two’s flirting is arguably the high point of the movie, capped off by a drugstore musical number set to a pop song.

Is Cassie open to a relationship given the depravity she associates with men? And is Ryan as wholesome as he pretends to be? After all, he was in medical school with both Nina and Nina’s attacker and they all got drunk at the same parties.

An opportunity presents itself for Cassie to avenge Nina once and for all, and after that maybe she can settle down with Ryan. But first she has to get revenge on a complicit classmate (Alison Brie), the school’s unsympathetic dean (Connie Britton), and an amoral lawyer (Alfred Molina, in a scene with distracting overacting from both him and Mulligan). Then she can move onto the attacker (Chris Lowell) at his bachelor party.

She has no intention of letting him off with a good talking-to, but her master plan involves so many things happening a certain way that it can’t be chalked up to anything more than dumb planning and dumber luck.

The inexplicably accurate forethought is a huge flaw in the script by writer-director Emerald Fennell, along with the decision to have the Brie character turn over a piece of evidence that is way too convenient for a story this supposedly grounded.

“Promising Young Woman” is nominated for Best Picture – Drama, Best Actress in a Drama, Best Director and Best Screenplay. I haven’t seen many of the other nominees, so I can’t say where this film belongs in relation to them, but I hope that at least one of them is better so we don’t have to settle for this movie as the best of the year.

That’s not to say “Promising Young Woman” isn’t among the best of the year. If it is, the year settled for very little.