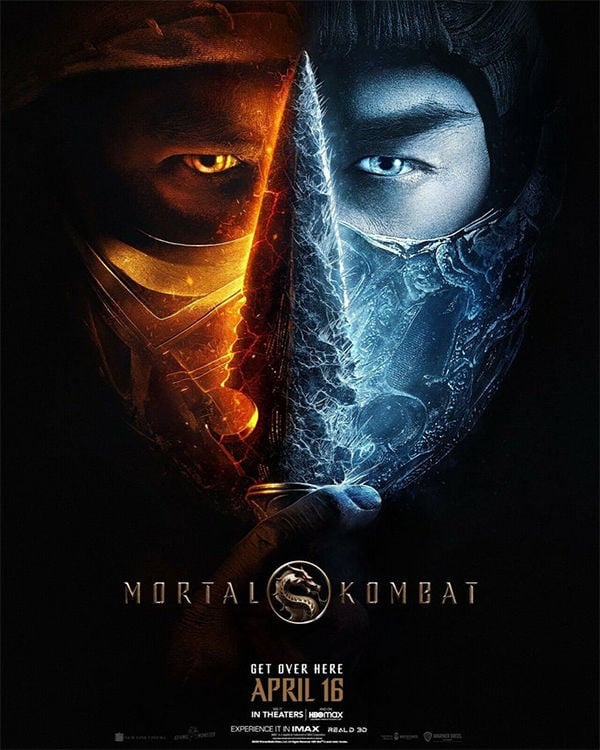 “Mortal Kombat” is is rated R for strong bloody violence and language throughout, and some crude references. Its running time is 110 minutes.

The movie was rated PG-13 and I was too young to see it. But I remember even then thinking that audiences were getting short-changed with a PG-13 “Mortal Kombat.”

To me, the video games (which I mostly knew from time spent unattended in arcades) were known for one thing: loads of unapologetic bloodshed.

No way could justice be done to the property inside of a PG-13 rating. Even an R rating might be too wimpy. A proper “Mortal Kombat” movie would need to get an NC-17 for violence.

We open with a prologue that sets up the centuries-old feud between Scorpion (Hiroyuki Sanada) and Sub-Zero (Joe Taslim). Scorpion dispatches with Subby’s minions with the bloodletting I crave, but it’s all wrong.

In the cartoonish game it was fine when blood spurted out after a non-invasive blow, but in live action, it looks awkward when blood is spilled from moves that don’t look capable of breaking skin.

Sub-Zero apparently beats Scorpion in their one-on-one battle (sure he does), but falls short in his task of ending his enemy’s bloodline because he somehow fails to notice his hidden-but-screaming baby.

Kano injects profane gloriousness into the movie, and for a moment we seem to be on the right track, but sorry, Cole, Sonya, and Jax are still in this.

The group travels to the temple of dull Lord Raiden (Tadanobu Asano) so they can train under him and his dull students Liu Kang (Ludi Lin) and Kung Lao (Max Huang) for an upcoming interdimensional fighting tournament against Shang Tsung’s stable of warriors (all dull, save for foul-mouthed, Damon Herriman-voiced wiseguy Kabal) with the fate of world on the line.

The problem is that the tournament never comes. All fighting sequences for the rest of the movie are a series of ambushes, even though the “Mortal Kombat” I know and love clearly pits the fighters against each other in a tournament setting with some sort of omnipotent referee/emcee.

And since the fights never start properly, the finishes never quite registered with me either. Well, except for one finish involving Kung Lao where he assumes emcee duties. The ending of that fight is a sadly-too-brief taste of what this movie could have been.

The rest of the fighting is underwhelming at best, wasteful and insulting at worst. As for non-fighting scenes, they do the movie no favors unless Kano or Kabal are there to take full advantage of the R rating.

I know I’m supposed to encourage the movie to develop its characters and not use violence as a cheap crutch, but consider the source material. Plus the movie is just plain boring in its nonviolent scenes, not that it’s much better with the violent ones.

“Mortal Kombat” continues the decades-long streak of video games failing to produce a single decent movie. It’s like the whole medium is on the wrong side of a Flawless Victory.