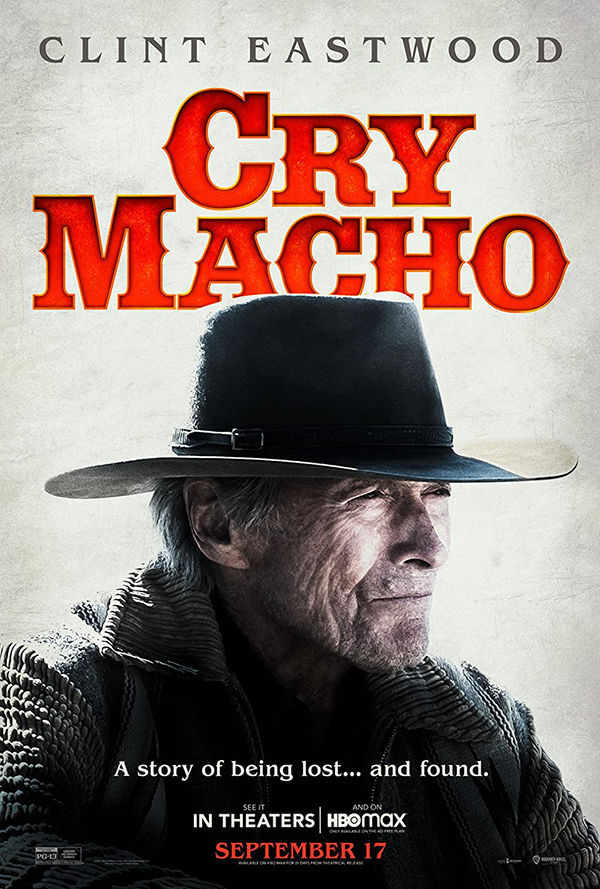 “Cry Macho” is playing in theaters and streaming on HBO Max. The film is rated PG-13 for language and thematic elements. Its running time is 104 minutes.

Like last weekend, this weekend at the box office was underwhelming, especially for new releases.

“Shang-Chi and the Legend of the Ten Rings” continued to dominate in the No. 1 spot for the third straight weekend. “Free Guy” held steady at No. 2 in its sixth. I had to go down to No. 3 to find a new movie to review.

“Cry Macho” made almost $1 million less than last weekend’s “Malignant” despite playing on nearly 500 more screens across the country. And remember, the two movies that beat it are each a week staler than they were against “Malignant.” The film is no doubt underwhelming commercially, and it’s pretty underwhelming creatively as well.

Clint Eastwood directs and stars as Michael Milo, a once-prominent Texas rodeo star now ravaged by age, addiction, and loss. He’s given a job as a horse trainer by his old boss Howard (Dwight Yoakam), but he has so little drive that he does the job poorly and gets fired.

Howard, insisting that Mike still has a debt to pay, tasks him with going down to Mexico and retrieving his son Rafo (Eduardo Minett). Mike, naturally, isn’t happy about the assignment, but he’s eager to have the sleazy Howard off his back once and for all.

Mike travels to Mexico, where he first must contend with Rafo’s mother Leda (Fernanda Urrejola), an implied organized crime figure with henchmen at her disposal. She and Rafo are estranged, but once Mike locates the kid, she wants him back with her and not absentee father Howard.

But Rafo wants nothing to do with his mother, so he escapes Mexico City with Mike. The two need to make it to the U.S./Mexico border with Leda’s henchmen and some corrupt federales in pursuit.

BOB AT THE MOVIES: 'No Time to Die' is last Bond movie for Craig

I guess Eastwood figured this movie could use an animal sidekick, and a rooster is a “new one.”

The good news is that Eastwood, at 91, is still a perfectly competent actor and director. His character is a terrific balance of wit and pathos and there is most definitely a charm to the relationships he forms with Rafo and Marta.

The bad news is that there are some glaring problems with this story, like contrived obstacles (why are Leda’s men still combing over small towns weeks after Mike and Rafo should have made it to the border?), too much time devoted to Mike and Rafo hiding out in the small town, and an abrupt ending that seems like the movie simply ran out of money.

What drove me crazy was a detail so small it shouldn’t have mattered, but here goes: Rafo says he adopted Macho after the rooster lost five cockfights. I’m no expert on cockfights, but doesn’t losing one traditionally mean that the rooster won’t be alive to participate in another one, let alone four more?

The film is the latest in a string of “adult on the run with an unfamiliar child” movies. I liked “News of the World” with Tom Hanks from last Christmas, but I didn’t much care for “The Marksman” with Liam Neeson, and “Those Who Wish Me Dead” with Angelina Jolie was just a total waste of time.

With those last two as competition, I guess I have no choice but to proclaim “Cry Macho” the second best of the bunch. It might be one of the “better ones,” but I still don’t recommend it overall.