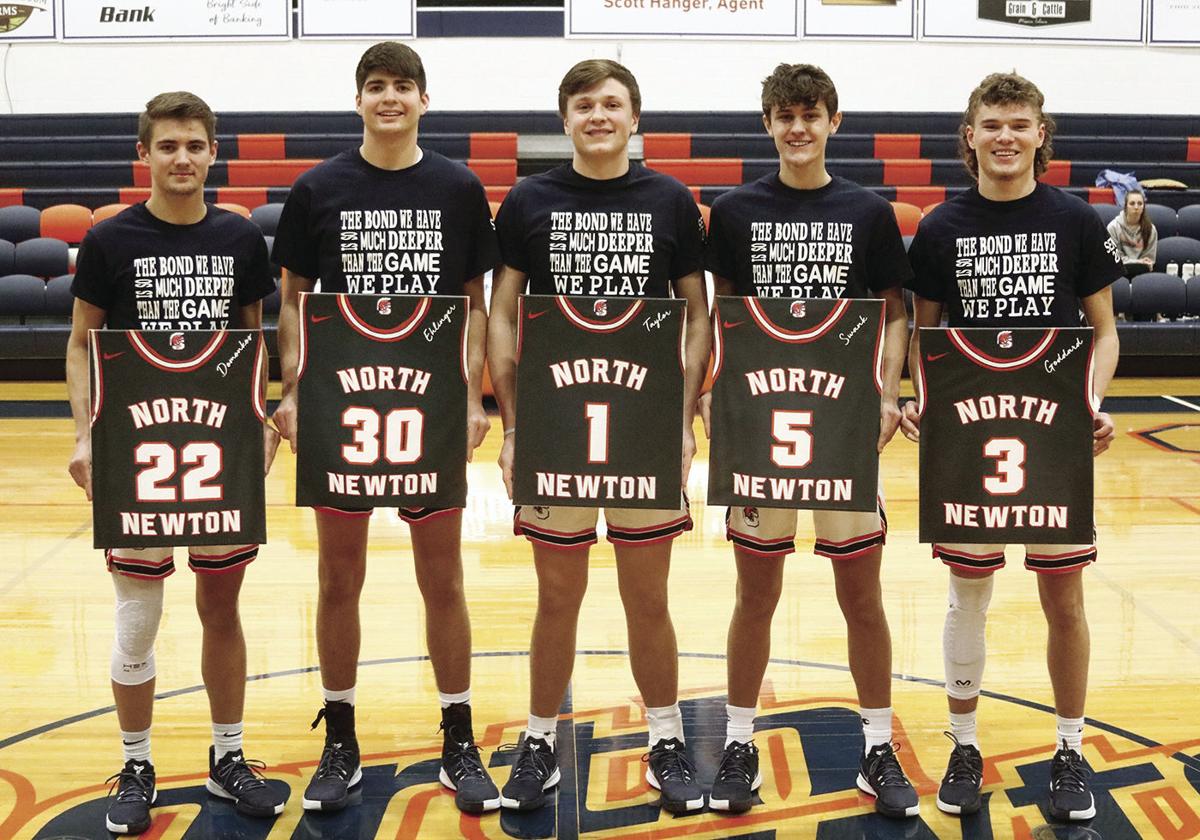 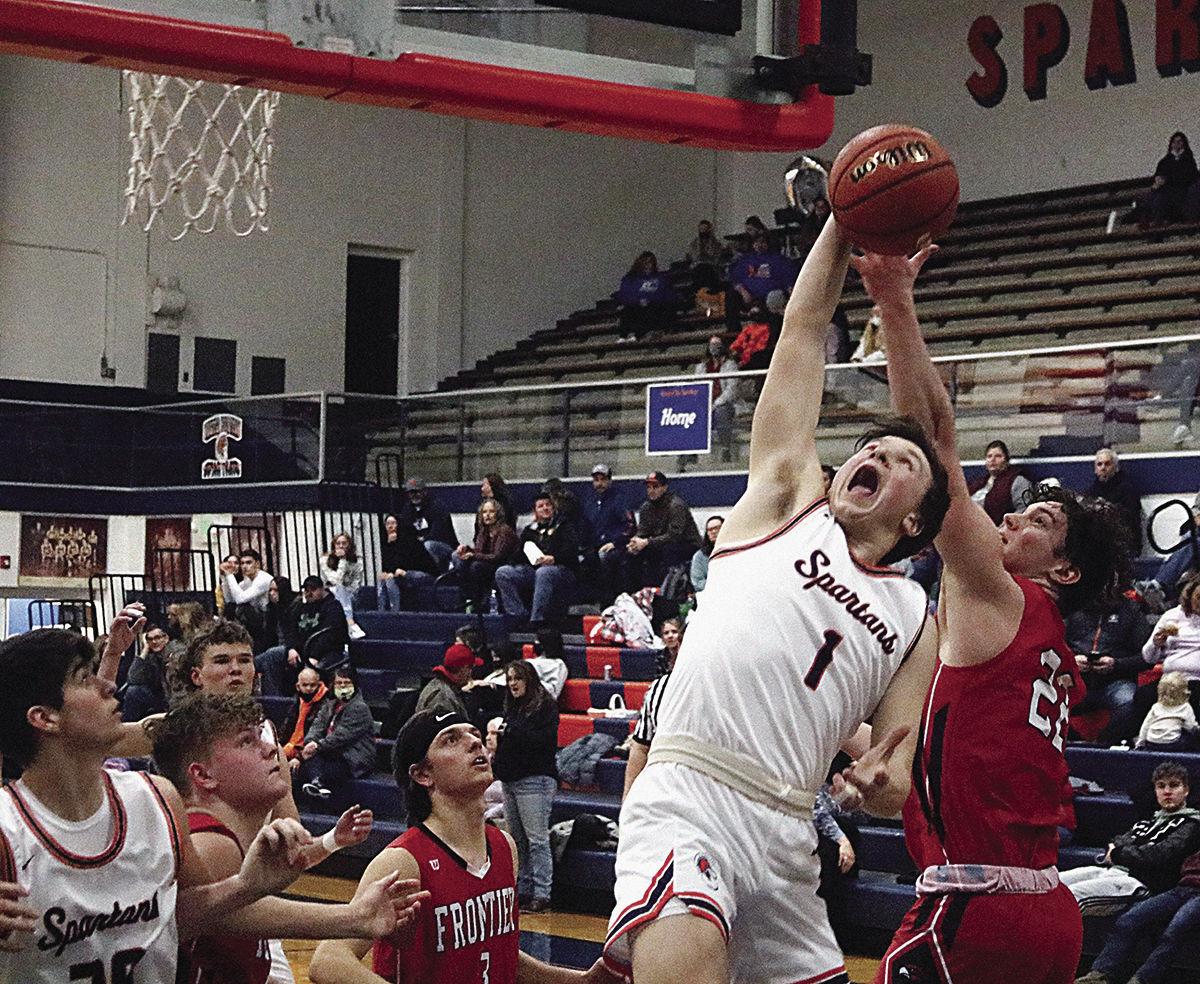 North Newton senior Dylan Taylor rips down a one-handed rebound in the win over Frontier. 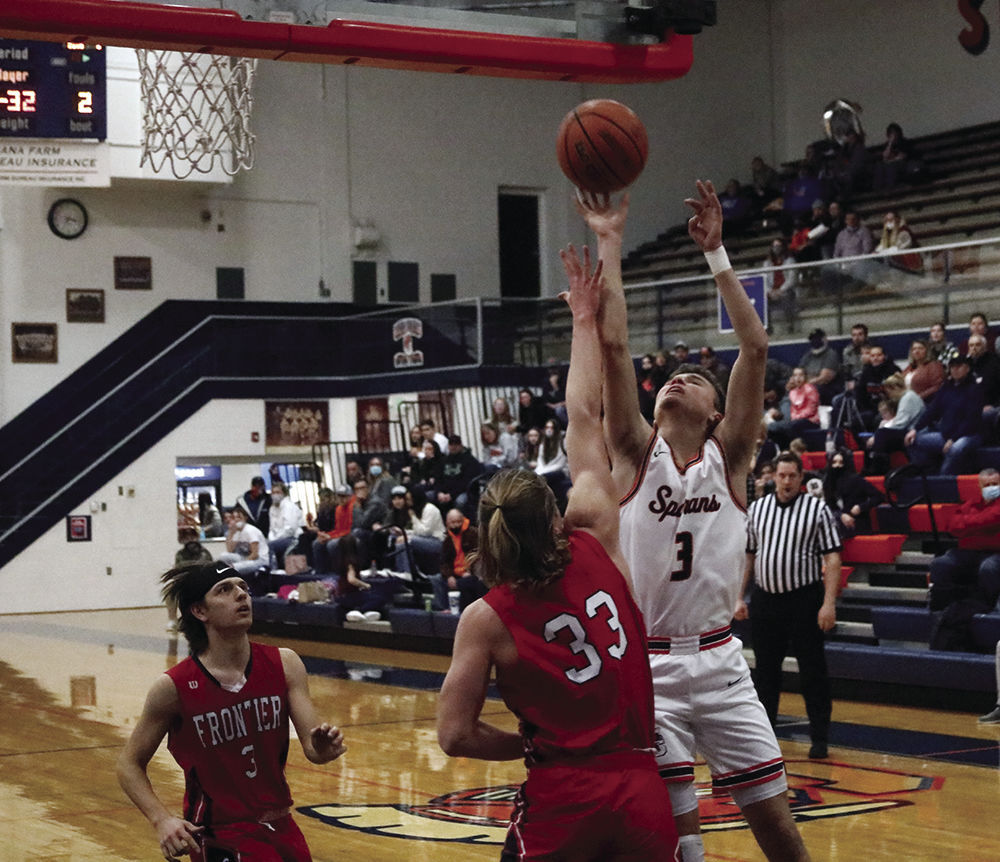 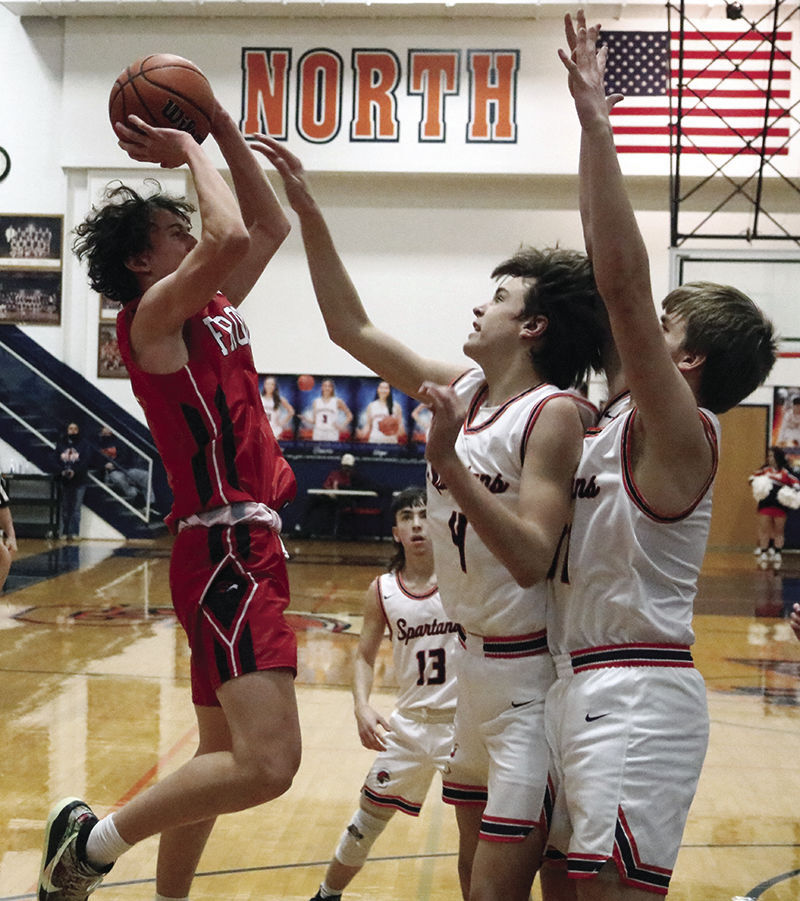 Frontier sophomore Dayton Hoover pulls up for a jumper in the loss at North Newton Feb. 12.

North Newton senior Dylan Taylor rips down a one-handed rebound in the win over Frontier.

Frontier sophomore Dayton Hoover pulls up for a jumper in the loss at North Newton Feb. 12.

MOROCCO — At times it looked more like a football game, but in a crucial Midwest Conference matchup Austin Goddard exploded for 25 points help North Newton hold off Frontier for a 47-41 victory on Feb. 12.

“There is a lot of football crossover with players on both teams,” said North Newton coach Sam Zachery. “We told the guys that when they start numbers 32 (Isaiah Davis) and 22 (Justin Schroeder) it is usually to beat up on teams. They are very physical, however, I think we responded to it well. In the past, we have let physical games get to our heads and we aren’t able to battle back, but tonight we did.”

Goddard lit up the Frontier defense right from the start, scoring 10 points in the opening quarter as North Newton was causing with a 13-3 advantage. Frontier was just 1 of 6 from the floor to go along with six first-quarter turnovers.

Frontier switched up their defense from a 2-3 zone in the first quarter and went with a 1-3-1 zone and it caused North Newton trouble in the second quarter. The Spartans didn’t score until the 4:03 mark of the second period but still controlled the game because of their defense.

Frontier senior Matt Wagner hit a pair of 3-pointers in the quarter as the Falcons trailed 20-11 at the half.

Frontier continued to chip away at the lead in the third quarter, and for the first time, all game won the turnover battle, committing just four turnovers in the period compared to seven for North Newton. Sophomore Dayton Hoover scored seven points in the frame as Frontier cut the deficit down to six points on several occasions.

Goddard led North Newton with four points in the third, while Evan Gagnon hit a late 3-pointer, but at the end of the quarter, Frontier was down just seven points, 31-24.

“We figured they would start in a 2-3 zone defense because that is what they used their previous two games, so that is what we mainly worked on,” said Zachery. “In the first quarter, we did a fantastic job of working the ball around and finding the right cut. But we struggled against the 1-3-1 zone. When you don’t see that defense a lot, you don’t spend a lot of time working on that in practice. We had to make some adjustments during the flow of the game and that’s tough.”

However, four missed free throws helped Frontier hang around, and a 3-pointer from Hoover with under 10 seconds to play, cut North Newton’s advantage down to four points.

North Newton senior Robbie Domonkos sealed the win by sinking a pair of free throws in the final seconds.

Hoover led Frontier with 18 points, while Wagner had eight.

Gagnon finished with seven points for the Spartans.

“I told the kids I’m proud of the way they battled for 32 minutes in a very physical game because in the past we would have backed down,” added Zachary. “Austin has been our leading scorer all year and he does a great job of attacking the basket. He knows teams are going to start keying on him now, and he has to make the right decisions. Now we have two conference games left, that is our focus. We were in a similar position last year, but we lost those final two games.”

North Newton sits with a record of 10-6 overall and 3-0 in conference play.