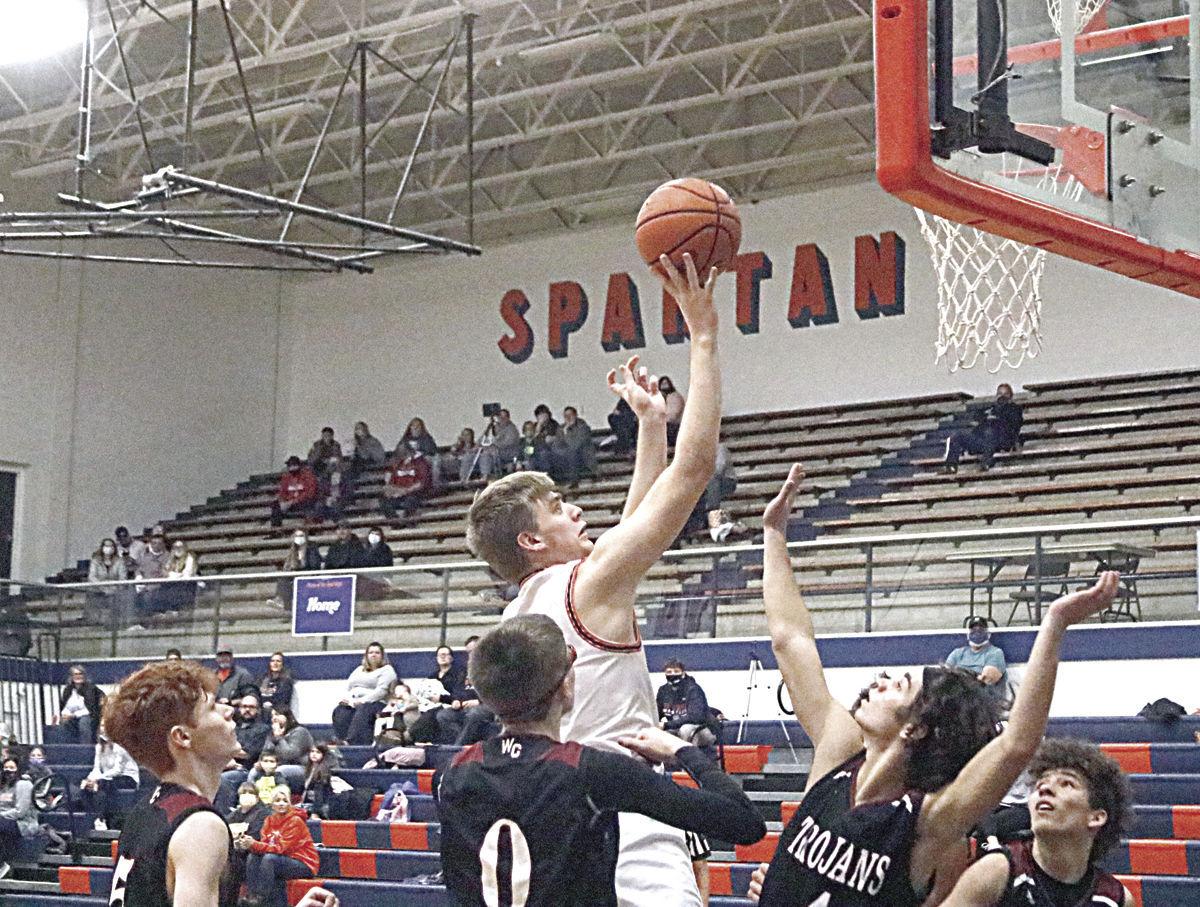 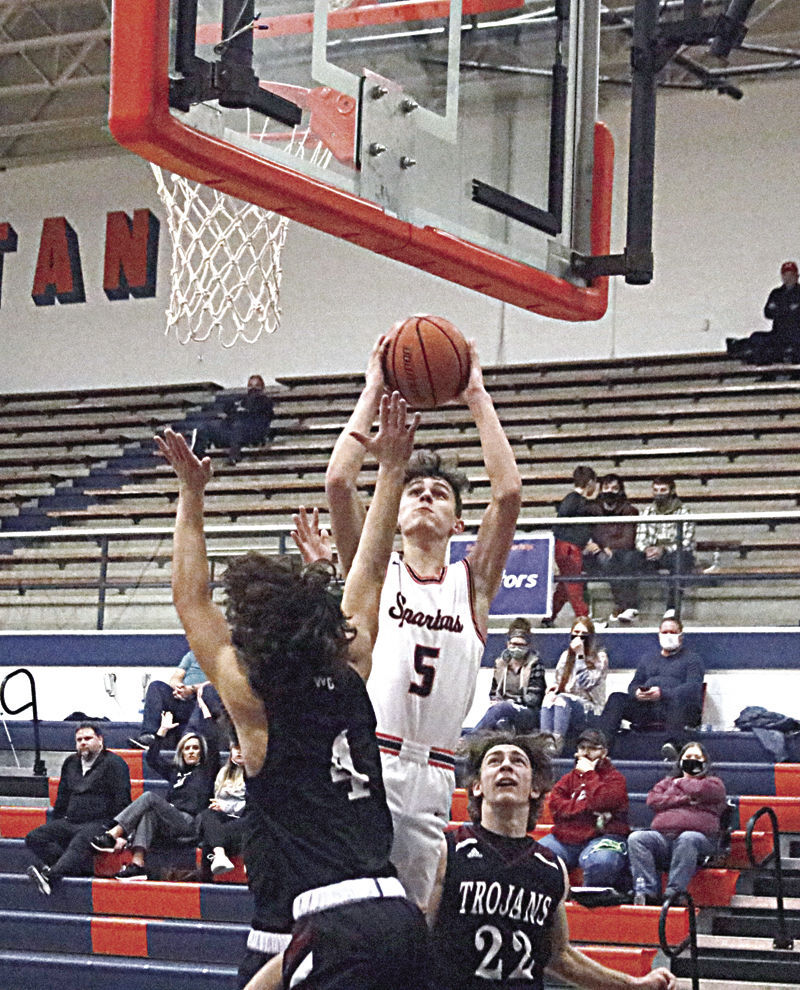 MOROCCO — This past weekend was a good one for the North Newton boy’s basketball program.

The Spartans picked up an impressive 80-35 win over West Central on Jan. 8 in Midwest Conference action and then fought out a 56-37 win over Hammond Academy of Science and Tech the next day.

With the win over West Central, the Spartans improved to 1-0 in conference play, while the win over Hammond Academy of Science and Tech pushed their record to 6-4, which is the most wins for that program since the 2005-06 season when that squad went 13-8. That year is also the last time the Spartans have picked up a win in sectional play.

“I’m more than proud of the effort and I’m more than proud that we’re sitting with the amount of wins that we have at the beginning of January because we haven’t had this number of wins for a long time,” said North Newton coach Sam Zachery. “Things are coming together and we are doing things right, we are learning and we are competing. That’s all I can ask for.”

No time was wasted by the Spartans in jumping on West Central. Cole Petri hit a pair of 3-pointers in the opening quarter, while Cade Ehlinger torched the Trojans for eight points inside the paint, and Austin Goddard got to where he needed to be on the court at will and finished with seven points. North Newton led big early, 25-8 at the end of the first quarter.

The Spartans carried over that early momentum and scored the first 10 points of the second quarter. A layup by Michael Levy pushed the lead up to 30. Levy had six points in the quarter, while Dylan Taylor, Goddard, and Evan Gagnon each had four.

West Central was just 2 of 9 from the floor and turned the ball over eight times as they were outscored 18-4 for a 43-12 halftime deficit.

The Spartans put the game out of reach in the third period, making five 3-pointers and outscoring the Trojans 28-13 for a 71-25 advantage.

Freshman Evan Gagnon hit three 3-pointers in the quarter and finished the period with 12 points. Goddard connected on a pair of trifectas and had eight points in the quarter.

“We’re starting to do a lot more work with our shooting and we’re getting kids that are just better shooters and want to get to the gym,” said Zachery. “It was huge tonight that Evan came out and hit four 3-pointers and did a lot of that damage in the third quarter. He got his feet set and the defenders didn’t want to step out and defend him. He can take advantage of that. He might be the best shooter in our program from outside.”

North Newton led by as much as 48 points in the fourth quarter before taking its foot off the gas and getting everyone some playing time.

Gagnon finished with a game-high 23 points, while Goddard had 18, Ehlinger added 12 points, Levy had 10, and Taylor chipped in with eight points.

“We found the open guy tonight,” added Zachery. “We practiced on getting the ball into the high post, pivoting around, and finding the open person. We put Evan there, Dylan, Mike, and Cade there and they all did exactly what we asked of them and they found the right person and did a great job of attacking the rim and finishing.

The next day, the Spartans outscored Hammond Academy of Science and Tech by 10 points in the first and fourth quarters for the 56-37 win.

Goddard paced the attack with 16 points, Ehlinger added 15 on 7 of 9 shooting (78 percent), Gagnon had 13, and Taylor chipped in with eight.