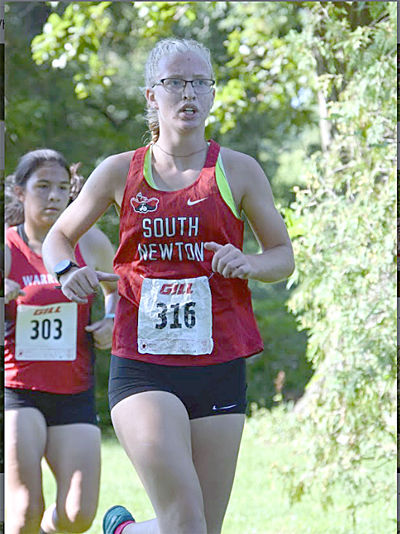 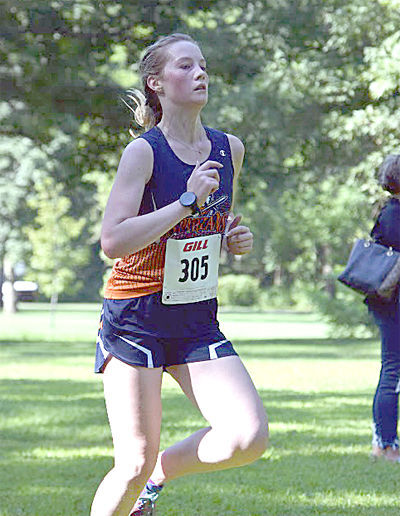 KENTLAND — South Newton Cross Country is looking to grow an increasingly strong tradition this season. Two years ago, for the first time in 30 years, the boys’ team made it out of the sectional meet and on to regionals. They decided they don’t want to wait so long again.

The hope was to head into the spring of 2020 with energy and recruit more for both the boys and the girls, to go with a small but solid core of returning runners. The pandemic put an end to that, but over the summer coaches and athletes worked hard to identify and encourage a new group to jump in for the 2020 season, hoping that the virus won’t interfere and end it.

For the boys, the effort paid off, though it was not quite so successful for the girls. Nevertheless, both for the Rebel boys and girls, the signs are there for another strong season, and the hope is that they will return the boys’ varsity team to regionals.

For the girls, last year’s Midwest Conference runner-up Delaney Farmer, and All-Conference 2nd Teamer Aubree Florian are returning, and they have fellow sophomore Trinity Cragun running with them.

Senior Kyle Hall, after seeing some success last year, is eager to show just how fast he can be, leading the way as team captain. He and Tyler Hawley were on the regional qualifying team two years ago. Along with them, the only other returning high school runner is Tristen Barricks. But five more boys have joined the team, and Coach David Mueller thinks that this group may have even more potential than the crew from two years ago.

The first test of the season was Saturday, Aug. 22, at the modified North White Invitational. Due to COVID concerns, the participating schools were divided into two groups, with two separate girls and boys races. The times were then combined for overall individual and team results.

For the girls, Florian and Cragun ran solid first races. Florian finished 20th overall, with a time of 24:52. Cragun, fighting through ongoing knee problems, finished 53rd in 32:34. Farmer will join them this week at Attica for her first race of the season.

This week, the Rebels travel to Attica on Thursday and then face some of the best programs in the state at the Kankakee Valley Invitational on Saturday. Joining in for these races will be Farmer, Peyton Gray, Garrett Sammons, and Zeke Gonzalez. “As the season progresses, it will be exciting to see how far these 12 Running Rebels can advance,” said Mueller.