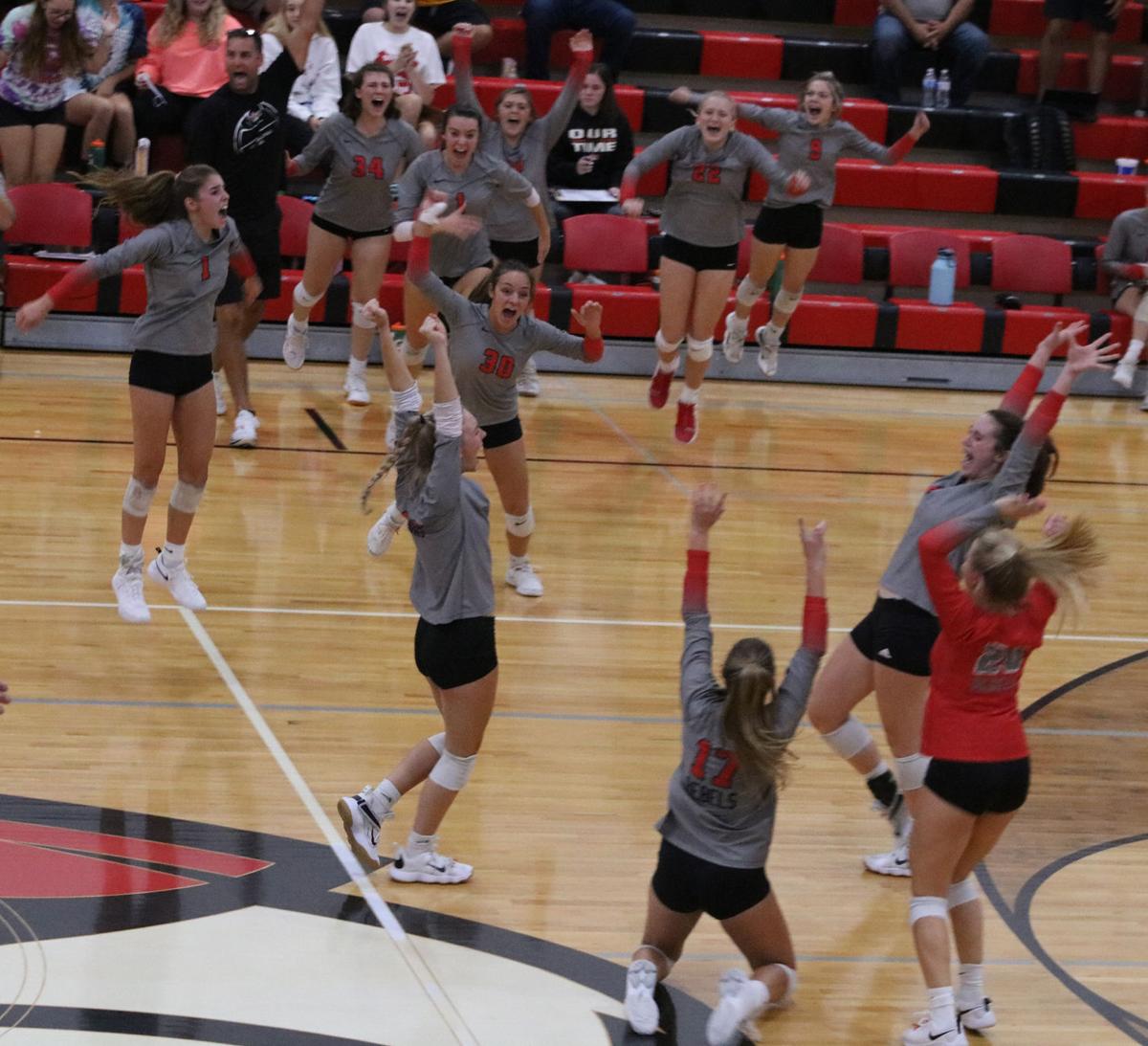 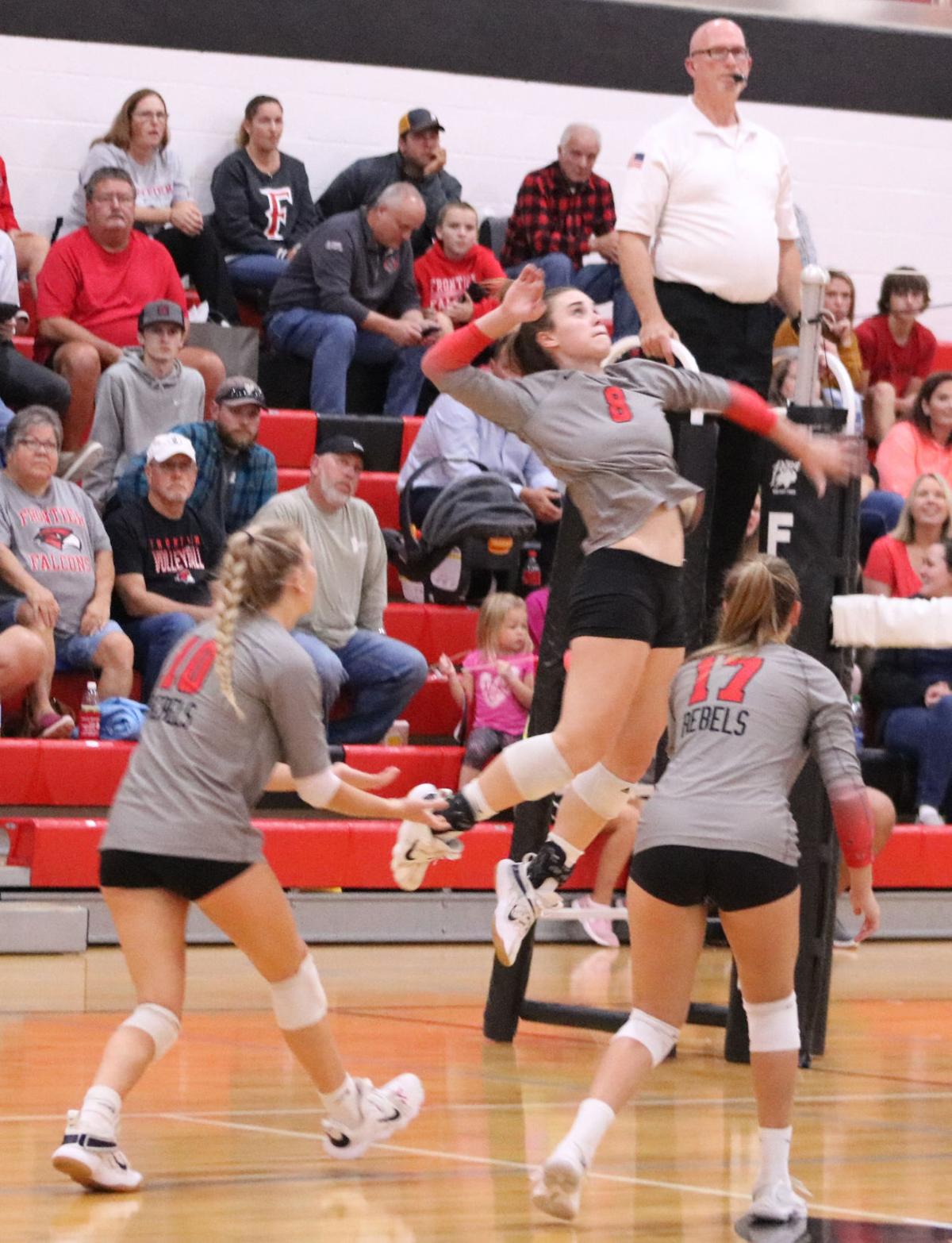 South Newton freshman Taylor Cripe prepares to blast a shot at the Frontier defense on Monday. 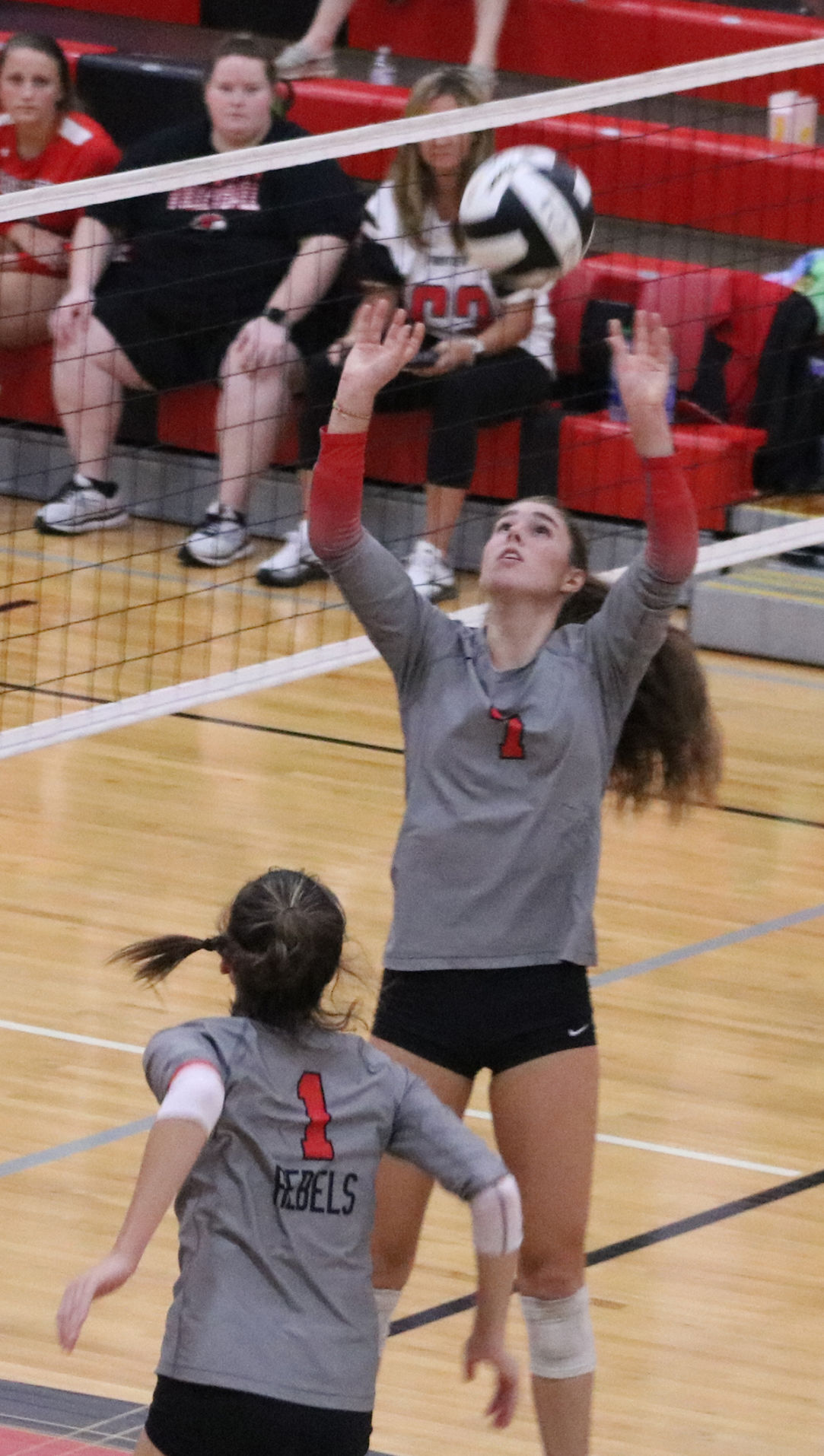 Rebels junior Lizzie Glassburn had 34 assists while running the offense for her team at Frontier. 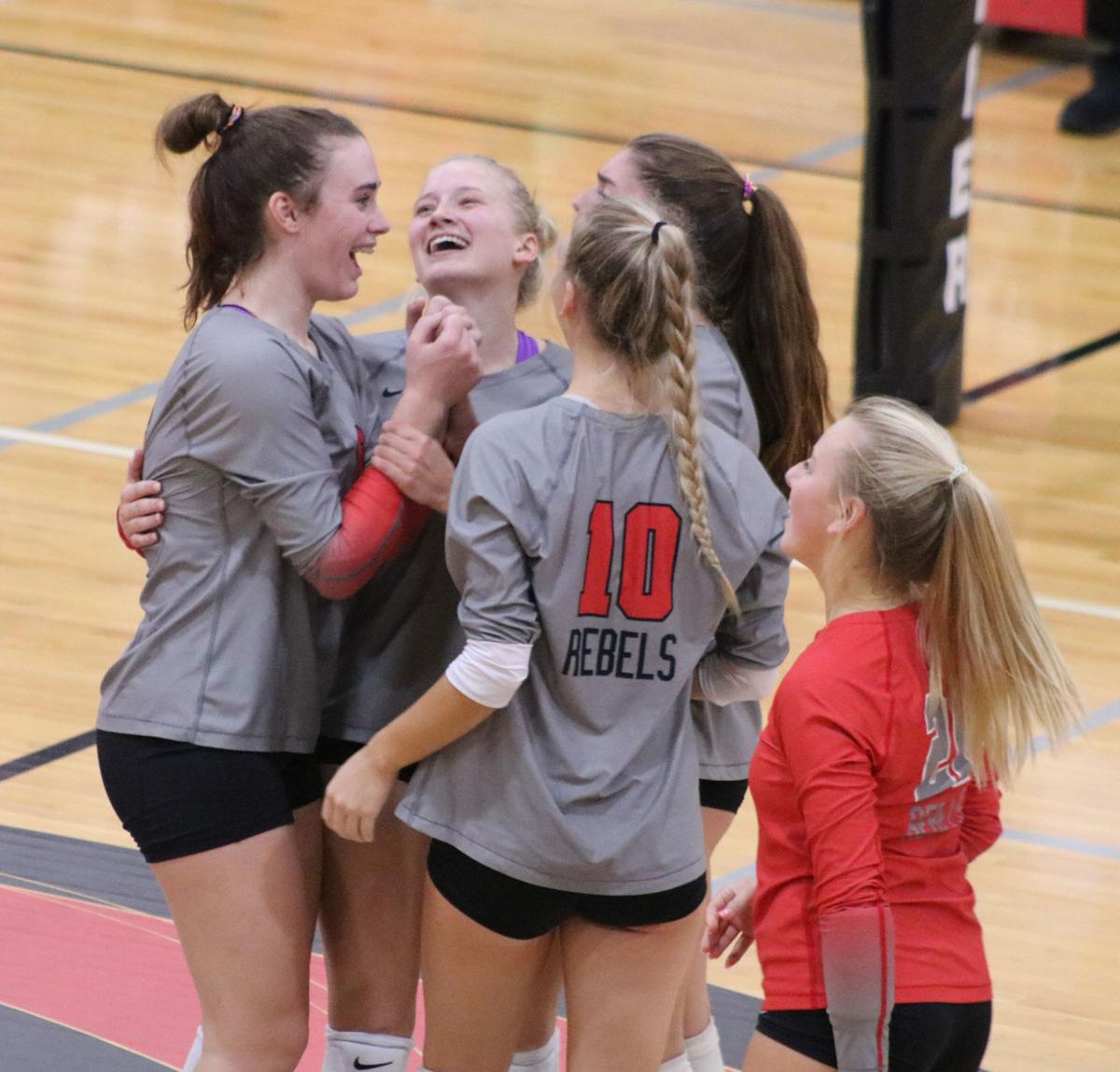 South Newton’s Taylor Cripe (left) reacts to getting a point for her team after a shot bounced off her body and into a vacated spot in the Frontier defense.

South Newton freshman Taylor Cripe prepares to blast a shot at the Frontier defense on Monday.

Rebels junior Lizzie Glassburn had 34 assists while running the offense for her team at Frontier.

South Newton’s Taylor Cripe (left) reacts to getting a point for her team after a shot bounced off her body and into a vacated spot in the Frontier defense.

Pride and revenge were on the minds of the Lady Rebels as well after the Falcons beat South Newton in a tournament game in August.

But the stage was much bigger in the rematch, with both teams coming into the game with identical 4-0 marks in league play.

South Newton used strong defensive play at the net and continued to pelt Frontier’s terrific back row defense with shots to record a 3-1 victory over its rivals.

South Newton’s loss to Frontier came in a best-of-three format at the TriCounty Tournament after a 9-0 start.

“It was good for us because it helped us realize, okay, this is a legit team and a legit program and we’ve got to be prepared for it,” said Rebels coach Laura Robbins.

South Newton led 20-17 in the fourth game and closed it out with five straight points. Junior Lexi Cripe had two kills, Abbey Carroll served up an ace and Lexi Conradi and Taylor Cripe had back-to-back kills to end it as the bench players rushed the court to celebrate the win with the starters.

Robbins said she saw a focused group that only got stronger as the match progressed.

“I think they were just ready to go,” she said. “They knew what was at stake. They were excited to come in here and play. It’s good to come into someone else’s house and execute.”

South Newton opened the match by scoring the first four points. The margin would balloon to 9-1 before Frontier battled back with six straight points to close within 9-7.

The match swung in South Newton’s direction in the pivotal third game, which featured 11 ties. The last tie came at 14-14 as the Rebels gained footing with a six-point run on Lexi Cripe’s serve.

Bevis is Region 4 football coach of the week

The Rebels had to know it was their night after a kill by Segal hit Taylor Cripe’s body, floated over the net and into a vacated spot in Frontier’s defense for a 20-14 lead.

Taylor Cripe had three kills during her team’s run at the end, giving the Rebels a 24-19 lead. Carroll served out the game for a 2-1 lead.

Again, the Rebels got off to a quick start in the fourth game, leading by as much as 8-2 early. Frontier drew within three points late in the match, but South Newton’s 5-0 run at the end sealed it.

“I think defensively, our mindset kind of switched,” she said. “We struggled with some mental toughness down the line here and there and getting frustrated with ourselves. One thing we talk about all the time is the other team can read what’s on your face. You have that negative look and they’re going to pick up on that and they’re going to dig on you, and they did.

“(Frontier’s) defense is phenomenal. We tried to keep them out of position as best we could, keep it out of the middle and try not to serve to their best passer.”

The Rebels did have 10 service errors to just six for Frontier. Many of those errors came early in the match.

“We served aggressive and then we got in a slump where we weren’t serving as aggressive and didn’t get a lot of aces. We got a run of aces in that last set and I think that helped,” Robbins said.

South Newton did have 11 blocks to three for the Falcons.

“Our net play and blocking was tremendous,” Robbins said. “We work on that in practice way more than we have in the past. I think that was huge for us.”

Robbins was also impressed with her team’s ability to return many of Frontier’s shots at the net. Segal had a match-best 28 kills on 58 of 67 attacks.

“I think any of the hustle plays, where you hustle your butt off and get a point off that, those are game-changing plays,” she said. “Not necessary where you get a dominate kill. But anytime when you get a block and it shuts them down, that’s a total game-changer.”

Emily Bell was 108 of 115 in setting with 40 assists for Frontier, Segal had 10 digs and Camy Clapper had eight digs. Alexis Johnson had five kills.