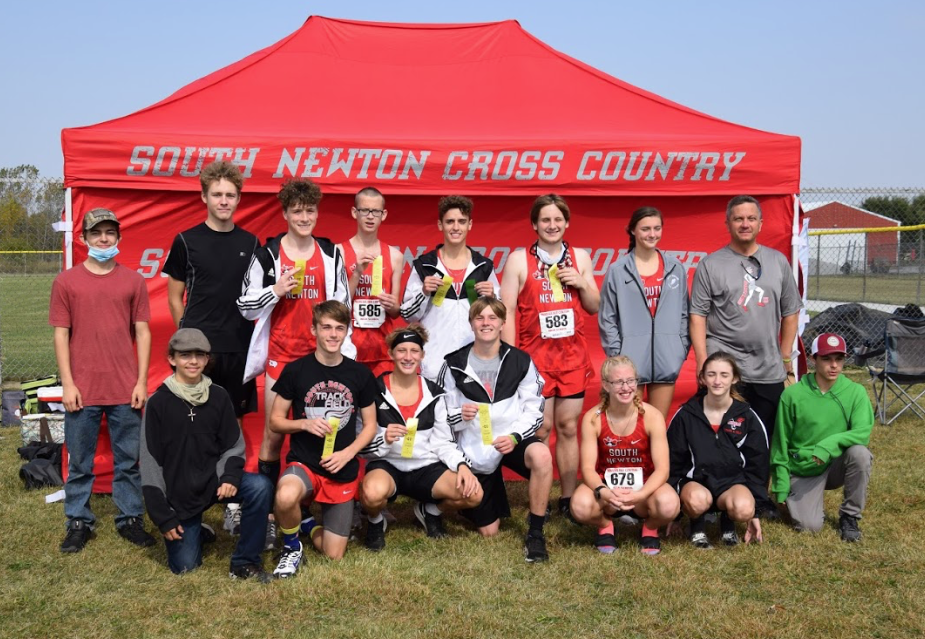 The Rebels would place 4th overall as a team earning them the right to advance as a team onto Regionals held at Chesterton High School. The South Newton Lady Rebels will be represented at regionals by Aubree Florian and Delaney Farmer. 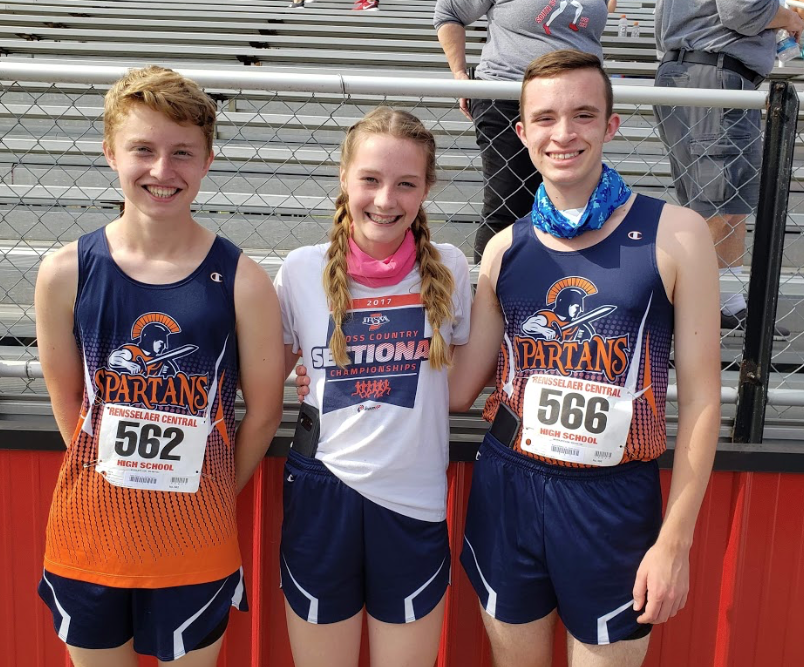 The Rebels would place 4th overall as a team earning them the right to advance as a team onto Regionals held at Chesterton High School. The South Newton Lady Rebels will be represented at regionals by Aubree Florian and Delaney Farmer.

RENSSELAER — A large group of Newton County runners placed well in the cross country sectional at Rensselaer Oct. 10 in what has been a very uncertain fall sports season for many across the state.

South Newton senior Kyle Hall came into the season with personal and team goals that he would chase throughout the season. Little did Hall know he would not only meet but exceed some of those personal goals but help attain the team ones as well.

The South Newton Rebels arrived at Rensselaer High School to be one of the nine schools participating in the 2020 IHSAA Cross Country Sectional. The weather was a little of a factor with a solid steady breeze full of sunshine, while nerves ran among those who walked the course for the first time.

Leading the Rebels was Hall placing in 5th out of 66 total athletes. The Rebels would place 4th overall as a team earning them the right to advance as a team onto Regionals held at Chesterton High School.

“This is a great bunch of kids,” said South Newton coach David Mueller. “I just gave them workouts and managed them. These young men and women ran the races. I’m proud of them all.”

The North Newton Spartans would also participate in at the sectionals hosted by Rensselaer Bombers on Saturday. The Spartans would finish 9th overall as a team. Leading the Spartans to the finishing chute would be junior Ryan Williams. Williams would finish 27th overall in a time of 19 minutes and 41 seconds. Directly on his heels would be teammate Isaac Knight in 29th in 19:47, Raymond Tharp 55th in 22:31, Joshua Spoor 62nd in 25:47, Mason Wilson 63rd 26:33, Ethan Fogus 64th in 27:14, Nuno Jones 65th in 27:29 and Dakota Nippers 66th in 28 minutes, and 43 seconds. The North Newton Spartans would not advance as a team, however, two athletes would move onto regionals. Juniors Ryan Williams and Isaac Knight will travel to Chesterton High School next Saturday to represent the Spartans.

The IHSAA girl’s race was also run at Rensselaer High School. South Newton and North Newton both were unable to field a complete team for sectionals, resulting in no team score. However, both schools would have athletes that would advance out to regionals. Ironically schools had a total of five participating athletes in the cross country sectionals and four women advanced out as individual athletes for their respective schools. South Newton Lady Rebels saw sophomore Aubree Florian enter the finishing chute in 24 minutes and 53 seconds placing her 30th overall. Florian was followed by her teammates Delaney Farmer 33rd in 25:27 and Trinity Cragun 50th in 29:47. The South Newton Lady Rebels will be represented at regionals by Aubree Florian and Delaney Farmer.

The North Newton Lady Spartans had a total of two athletes run in the 2020 Sectional race. Leading the Lady Spartans on the course to finish in 26th place overall was senior Kylie Blann. A four-year veteran of the team, Kylie Blann finished her final sectional race in 24 minutes and eight seconds. Following her was Lady Spartan teammate Brandi McQueen, who placed 35th overall in 25 minutes and 52 seconds. Kylie Blann and Brandi McQueen will continue their postseason at the 2020 Regionals held at Chesterton High School on Saturday, October 17th.