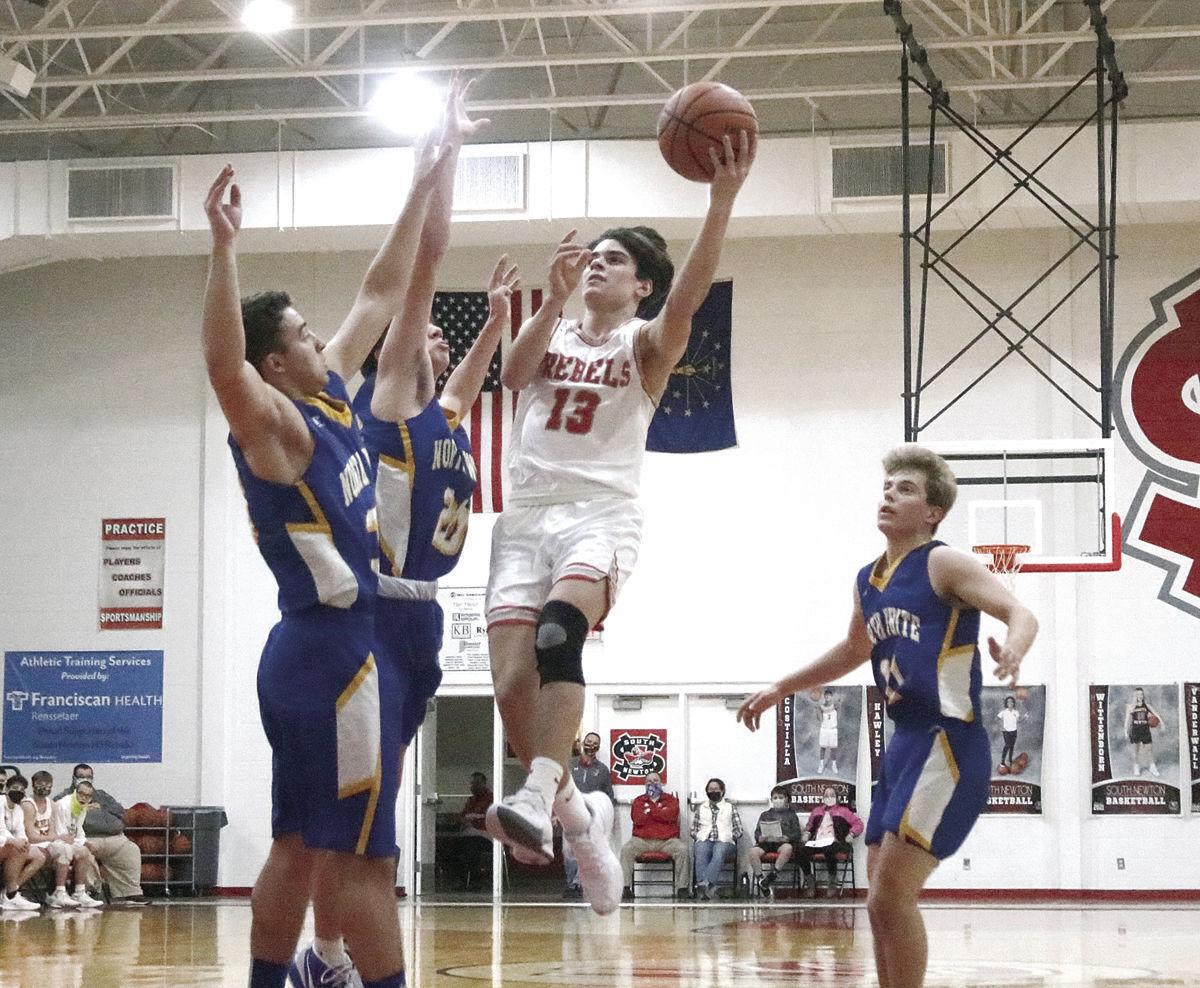 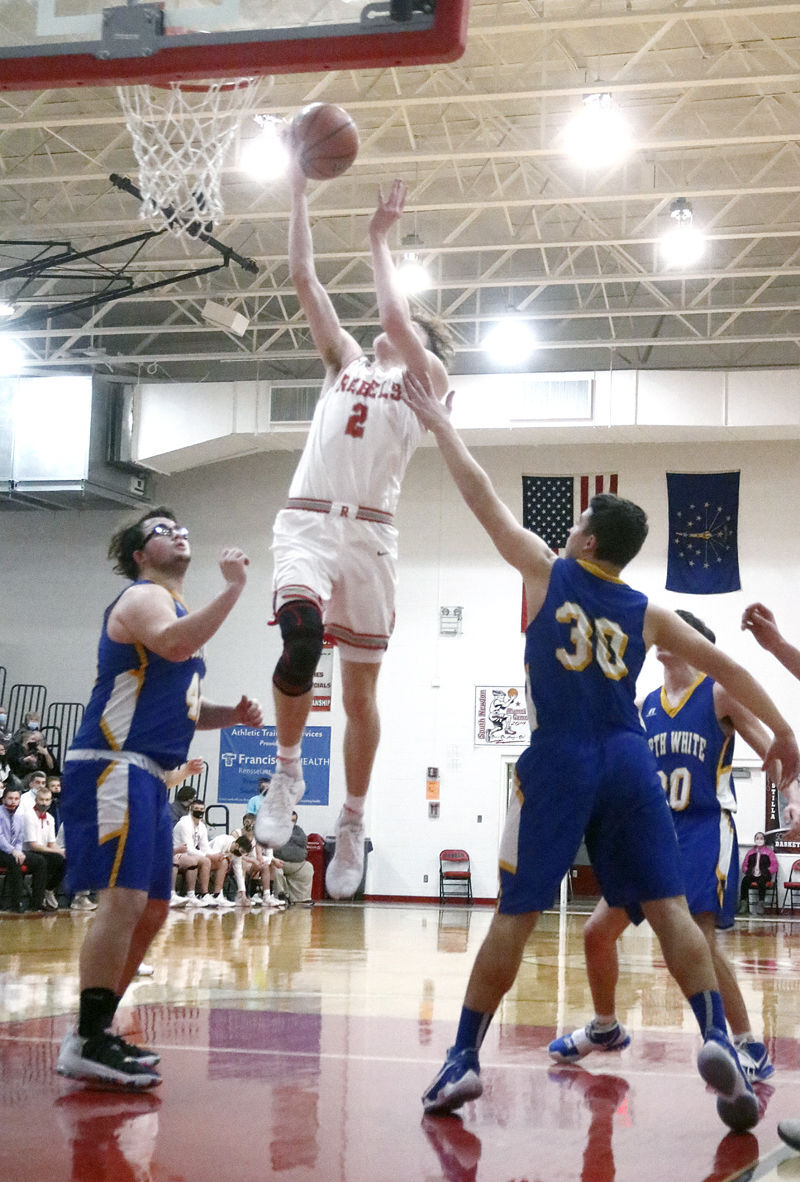 South Newton junior Cy Sammons finds an open lane to the basket in the loss to North White.

South Newton junior Cy Sammons finds an open lane to the basket in the loss to North White.

KENTLAND — North White was able to penetrate South Newton’s defense via the dribble at will Saturday night (Jan. 9) and slowly pulled away for a 57-41 Midwest Conference win in boy’s basketball action.

“We have a lot of juniors that played as freshmen and we have been switching things up a little bit this year,” said North White coach Matt Sipkema. “We went to a spread offense and we have several players who can beat you off the dribble. We were able to penetrate and attack the basket.”

The Vikings got a huge boost from junior Bentley Buschman who scored 25 points on 9 of 13 shooting.

North White scored 12 of its first 13 points from drives to the basket and got out to a 13-5 advantage in the first quarter. Bentley Buschman had five points in the opening quarter, while Nate Miller added five. Those two would be pace the Viking offense all night.

South Newton was just 2 of 11 from the floor and struggled to get good looks at the basket.

South Newton junior Dawson Cadle scored seven points early in the second quarter to keep the Rebels close. But the Vikings seemed to have an answer in every period. North White pushed the lead to double figures three times in the quarter before ending the half with a nine-point lead, 27-18. Miller led North White in that frame with seven points.

South Newton kept battling and this time it was Garrett Sammons who tossed in six points to keep South Newton in striking distance, but Bentley Buschman added two 3-pointers to his resume for the night and finished the quarter with eight points as the Vikings’ lead inched up to 12 points, 39-27 heading into the final period.

South Newton was able to cut the deficit to 10 points in the fourth quarter, but North White answered by scoring points on its next eight possessions to ice the win.

Miller finished with 15 points to give North White a nice 1-2 scoring punch along with Buschman.

For South Newton, Cy Sammons scored eight of his team-high 14 points in the final quarter, while Kayden Cruz had 10, and Cadle added nine.

North White improved to 6-4 overall and 1-0 in the conference.

South Newton fell to 3-3 on the season and 1-2 in conference play with the loss.

“North white posed quite a bit of quickness that we did not defend too well, their penetration hurt us.,” said South Newton coach James Sammons. “We missed some easy shots early which put us behind the eight ball. We came out flat, we need to find a way to be ‘ready to play’ from the tip-off in terms of intensity. Dawson Cadle played a nice game for us, and Cy and Kayden pulled through again with solid games.”