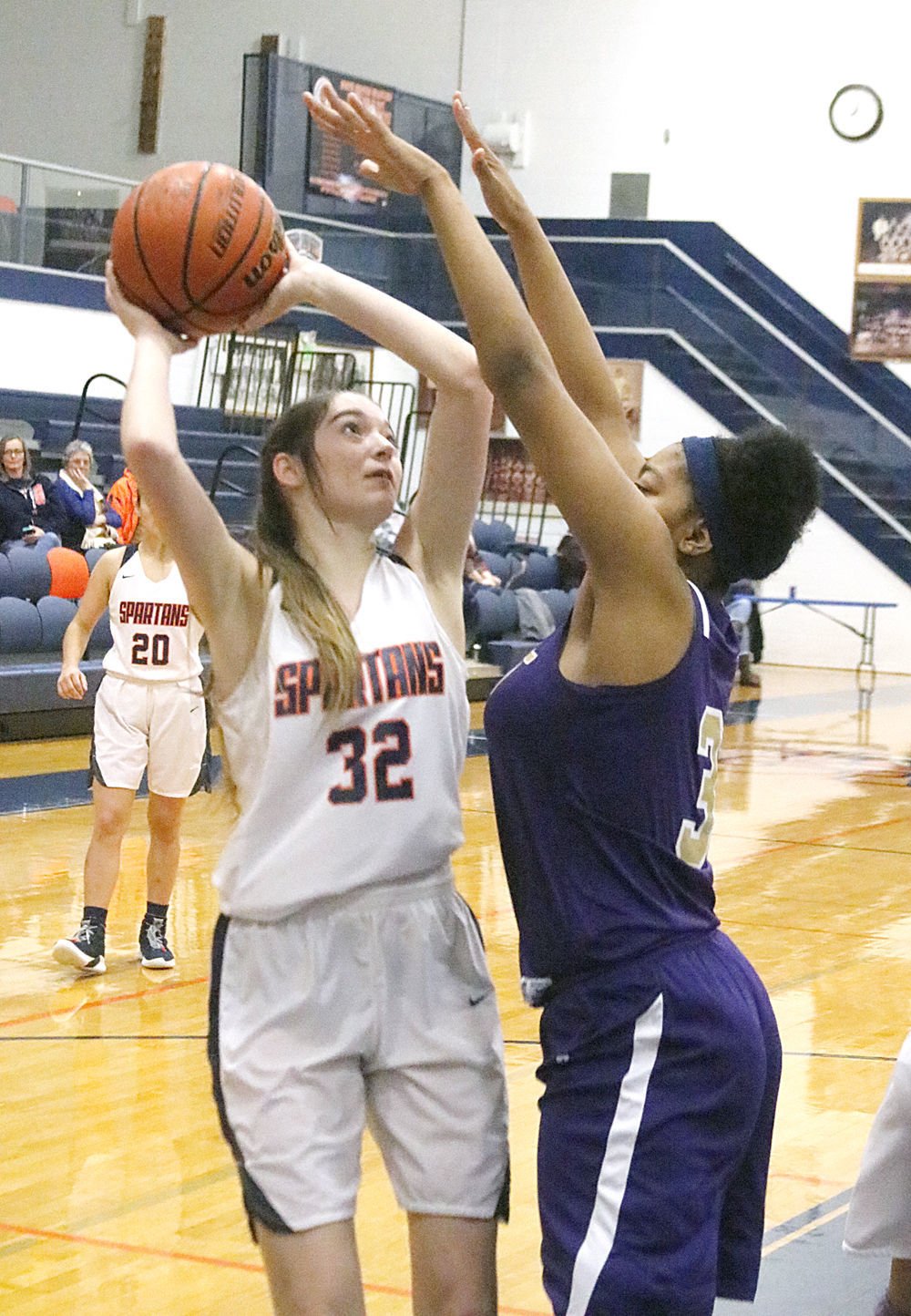 North Newton sophomore Heidi Schleman (32) puts up a shot against Hammond Gavit. Schleman pulled down 14 rebounds in the win. 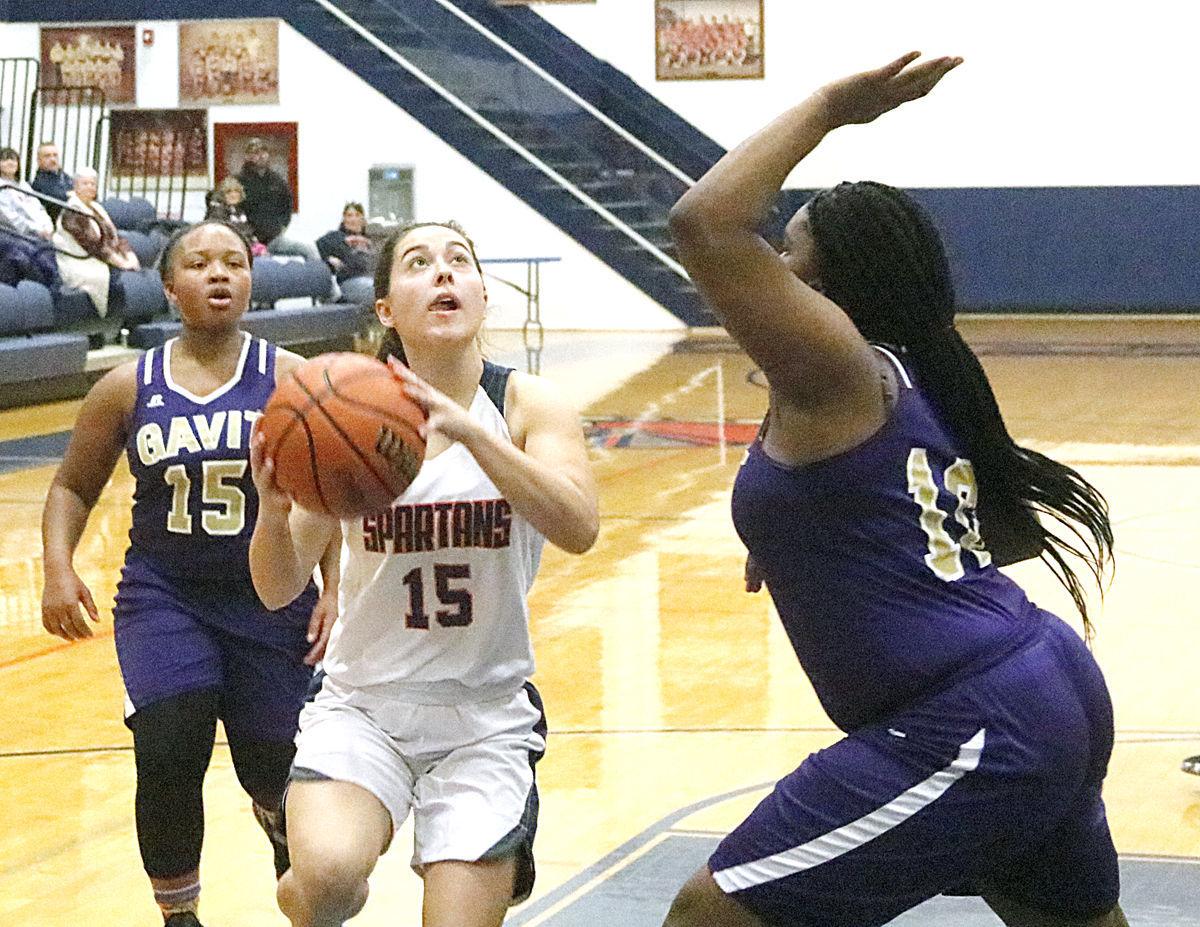 North Newton sophomore Heidi Schleman (32) puts up a shot against Hammond Gavit. Schleman pulled down 14 rebounds in the win.

MOROCCO — A 1-7 start to the season is now just a distant memory for the North Newton Lady Spartans. With wins over Frontier and Hammond Gavit last week, North Newton is riding an eight-game winning streak and is 9-7 on the season and 4-0 in Mid West Conference play, tied with North White for first place.

Against Gavit Jan. 16, the Lady Spartans played nearly a flawless first half and sprinted out to an 18-5 lead in the first quarter and a 35-8 advantage by halftime.

Even without a couple of key players who were out due to illness, North Newton cruised to the 55-24 win.

“We did a lot better with not committing turnovers and fouls,” said North Newton coach Jenny Spillers. “I couldn’t have asked for a better game without some of our players able to go tonight. This sickness has really hit the team hard.”

Grace Hollopeter got the Lady Spartans going in the first quarter, scoring seven points, while Harmoney Burke and Hope Churchill each added four points to give their team the early 13-point lead.

Seven different Lady Spartans scored in the second quarter with Mackendzie Dresbaugh leading the way with five and Jamie Will adding four for the 27-point lead at the break. North Newton’s defense forced Gavit into 18 first half turnovers. Gavit was also just 3 of 23 from the floor (13 percent shooting).

North Newton took its foot off the gas in the second half but was still able to outscore Gavit 8-7 in the third and 12-9 in the fourth for the 31-point victory.

“I used a lot of rotations to save their legs and even got the freshmen in for a couple of minutes tonight,” added Spillers. “It was a good game to get ahead big early and then rest some players because we have three tough games next week.”

Will led a balanced North Newton attack with 11 points, Burke added 10, Hollopeter and Dresbaugh each had nine, Churchill tossed in six and Danielle Hinch finished with four.

Heidi Schleman pulled down 14 rebounds for North Newton while Will and Burke each had 10 boards.

On Jan. 14, three Lady Spartans scored in double figures in a 57-48 victory over Frontier in Midwest Conference action.

Mackendzie Dresbaugh led the way with 19 points, Jamie Will had 14, and Grace Hollopeter chipped in with 10. Danielle Hinch almost hit double figures with nine points. Will pulled down a team-high 16 rebounds, while Hinch had 13 boards.