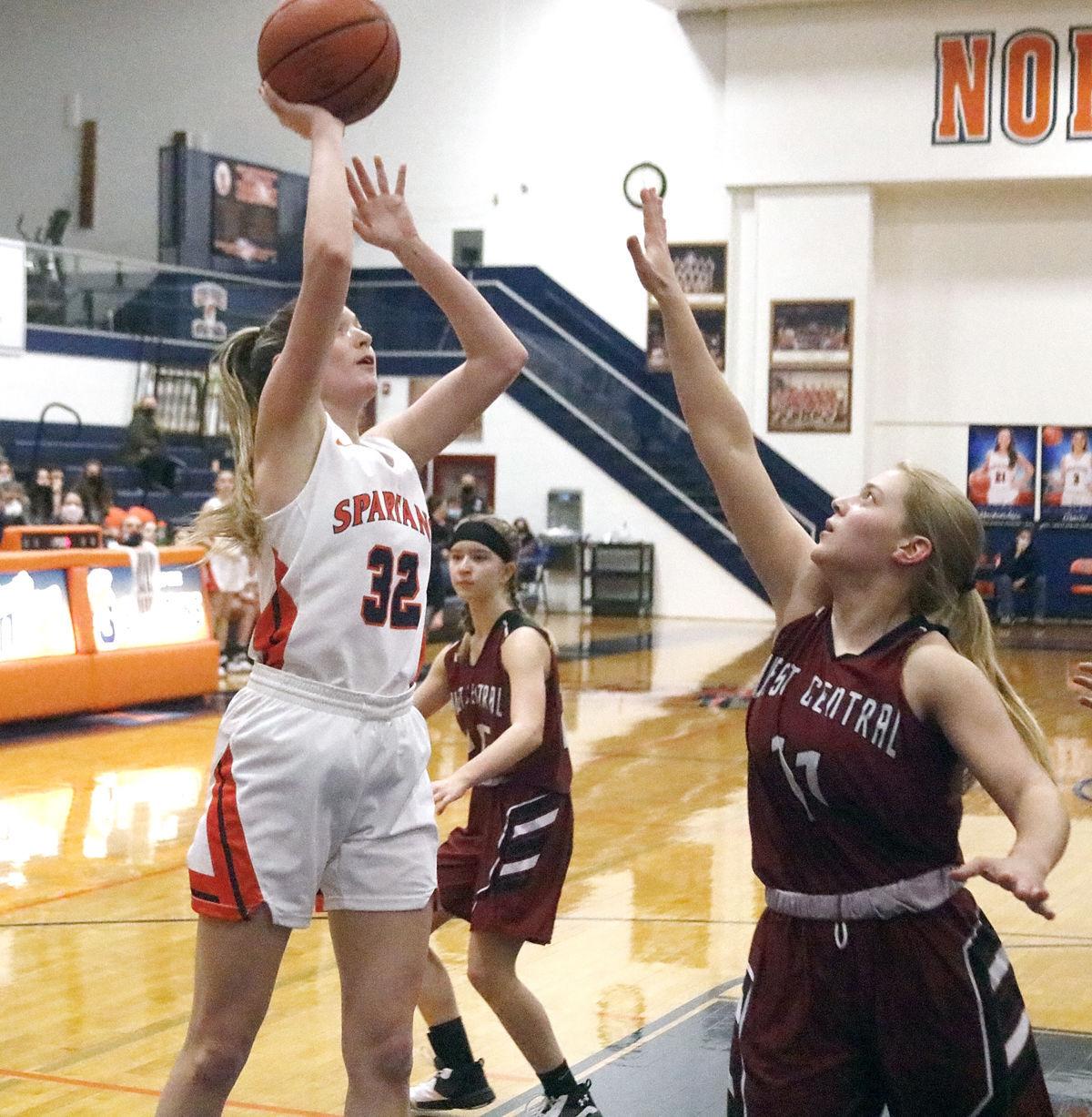 North Newton junior Heidi Schleman (32) goes up for a score in the Lady Spartans’ win over West Central. 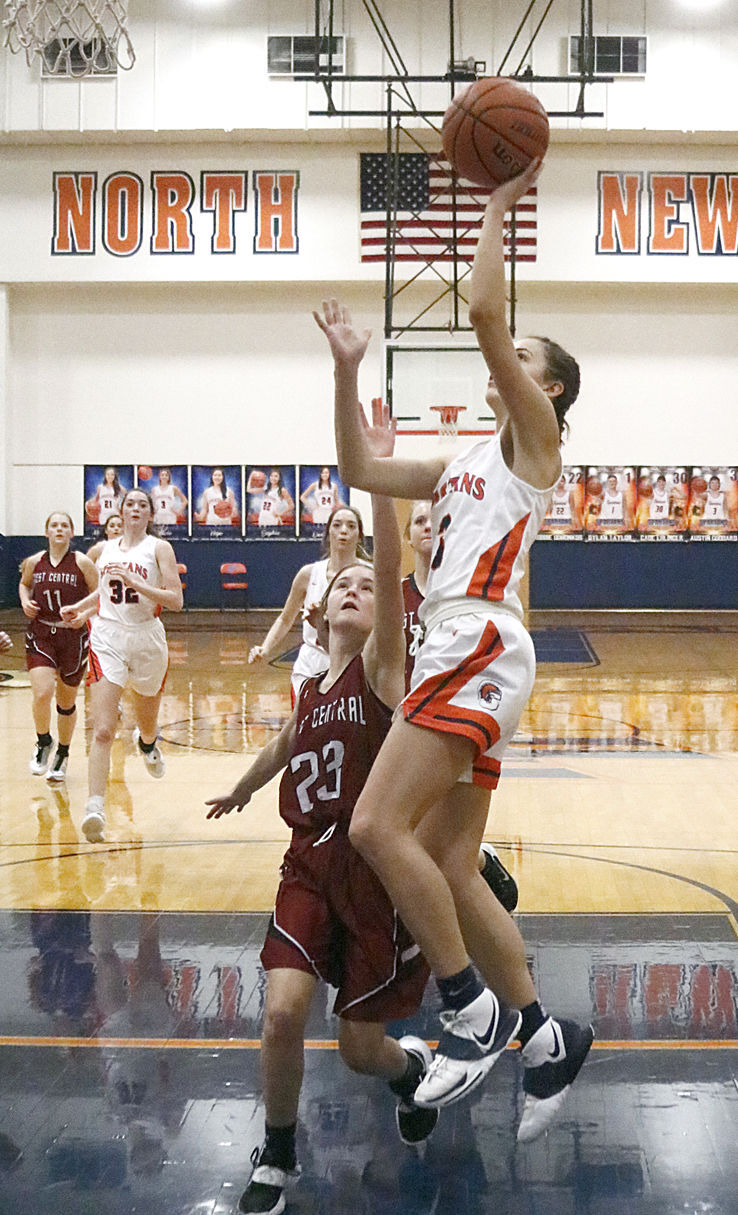 North Newton senior Gracie Stevens attacks the basket after picking up a steal against West Central.

North Newton junior Heidi Schleman (32) goes up for a score in the Lady Spartans’ win over West Central.

North Newton senior Gracie Stevens attacks the basket after picking up a steal against West Central.

Junior Cayci Ehlinger drained four 3-pointers and the North Newton defense held West Central top scorer Tori Culp to just one point in a convincing 45-22 win Jan. 8 to improve to 2-0 in the Midwest Conference and 4-5 overall.

Ehlinger connected on two from deep in the first quarter and then hit another in the second as she helped the Lady Spartans get off to a quick start.

West Central’s zone was focused on limiting touches inside for the Lady Spartans, but Ehlinger hurt them from deep, and Grace Hollopeter also hit a trifecta in the first quarter as North Newton led 13-5.

“Heidi Schleman has been playing well all year, and they had two people around her all night and they were clogging up the lane against us,” said North Newton coach Jenny Spiller. “We hit some shots early and that helped us open up that zone a little.”

The Lady Spartan defense was lights out from the start, holding West Central to just 2 of 9 from the floor in the first quarter and 0 of 5 in the second while forcing 11 turnovers.

“We have been trying a lot of new things on defense, and we wanted to take away any open shots from 3-point range,” said Spillers. “We were active on defense and on the boards. Grace (Hollopeter) did a great job on Culp, she shut her down.”

Ehlinger, Danielle Hinch, Heidi Schleman, and Mackendzie Dresbaugh all had three points in the second quarter as North Newton went on a 12-1 spurt to go up 25-6 at the break.

Hinch added four more points in the third quarter, while West Central senior Emily Pilarski hit a 3-pointer and scored five points to keep the Lady Trojans within striking distance, down 33-15 heading into the final quarter.

North Newton was up 33-17 before going on a 9-0 scoring run to seal the victory.

Ehlinger led her team in scoring with 14 points, while Hollopeter had eight.

Heidi Schleman scored seven points, and was a huge force on the boards, pulling down 16 rebounds, with 10 of those coming on the offensive end.

Dresbaugh and Hinch also each had seven points in the win.

The night before, Dresbaugh went off for 22 points to lead North Newton to a tough fought 55-47 win at Tri-County.

Dresbaugh made four 3-pointers in the win, while Heidi Schleman had 10, and Ehlinger added nine. Hollopeter finished with seven points and six assists.

For Tri-County, freshman Johnetta Whitmire had 17 points, and Brynn Warren finished with 15.

Tri-County dropped to 4-4 overall and 1-1 in conference play with the loss.