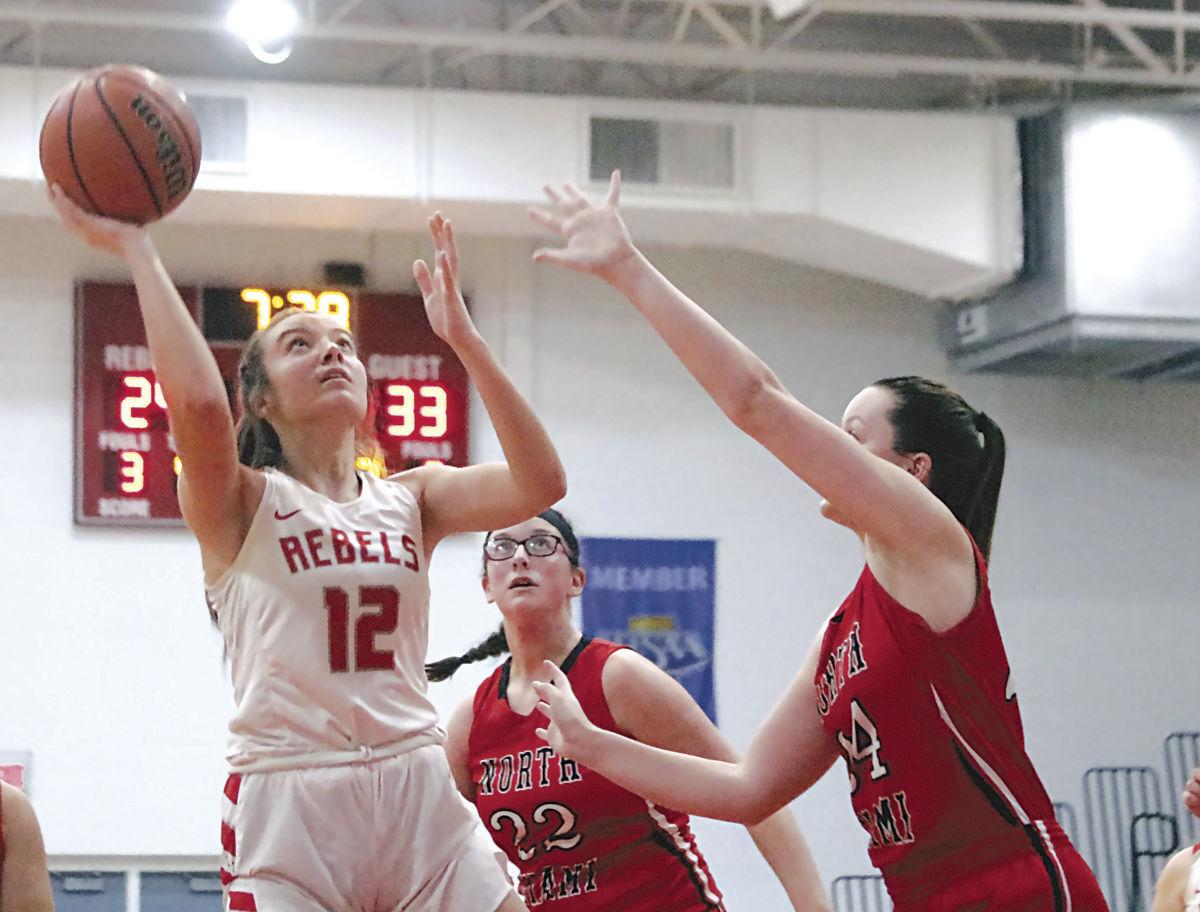 South Newton sophomore Stephanie Montemayer (12) goes up for a shot in the Lady Rebels’ loss to North Miami. 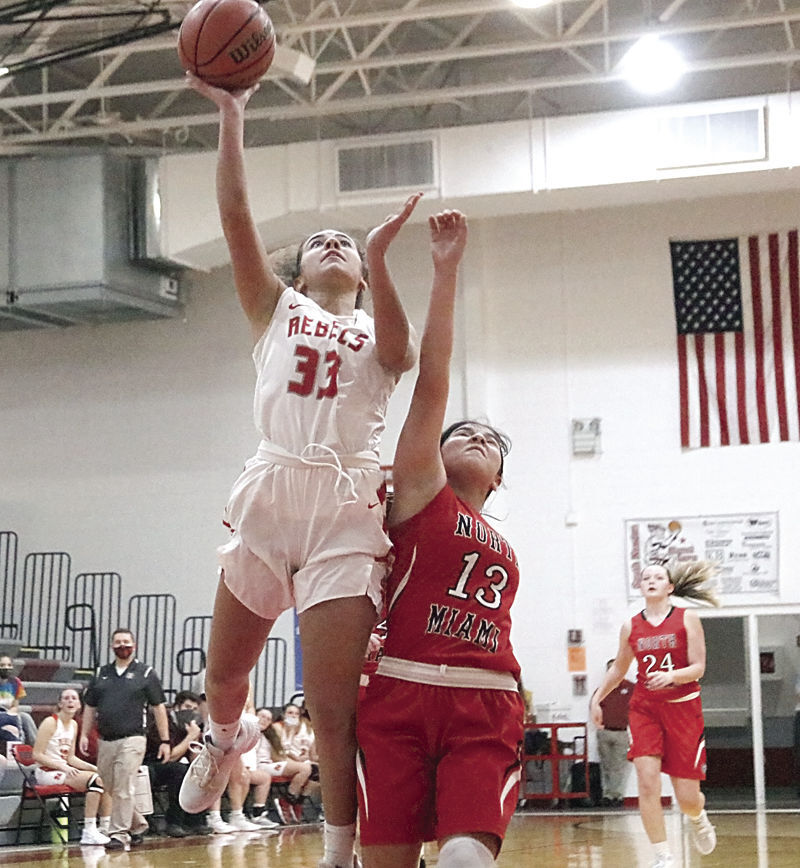 South Newton junior Alexxys Standish gets past the North Miami defense for a layup. Standish led the Lady Rebels with 17 points scored.

South Newton sophomore Stephanie Montemayer (12) goes up for a shot in the Lady Rebels’ loss to North Miami.

South Newton junior Alexxys Standish gets past the North Miami defense for a layup. Standish led the Lady Rebels with 17 points scored.

KENTLAND — Despite making just 29 percent of their shots (15-of-51), the South Newton Lady Rebels fought tough throughout all four quarters in a 44-35 season-opening loss to North Miami Nov. 6.

“For the first game, I thought we were ok,” said South Newton coach Josef Keller. “We turned the ball over a few times, especially in the second quarter, and we didn’t hit all of the shots we wanted, but we did force the pace and made them get back in transition.”

Alexxys Standish and Stephanie Montemeyer each scored four points in the first quarter to pace the Lady Rebel attack, and Mya Wittenborn hit a key 3-pointer to spark an 8-2 run. At the end of the first quarter, South Newton held a 14-9 lead.

However, North Miami would miss its next nine shots, and Standish came through in the clutch with five points late in the quarter as the Lady Rebels trailed just 33-29 heading into the fourth quarter.

South Newton made only 3 of 14 shots in the final quarter and was outscored 11-6 for the final tally of 44-35. The Lady Rebels were just 1 of 13 from 3-point range and finished with 24 turnovers.

Standish led the team with 17 points on 7 of 13 shooting to go along with five rebounds. Lexi Conradi, Marks, and Montemayer all had four points each, while Marks finished with a team-high 12 rebounds.

“Alexxys is one of those kids that are hard to guard because she is so dang quick,” said Keller. “She is a mismatch for post players because they really can’t stay with her, and she is bigger than most guards so she can bully them around. As long as we can keep her engaged on the court and away from foul trouble, she will be huge for us this year.”