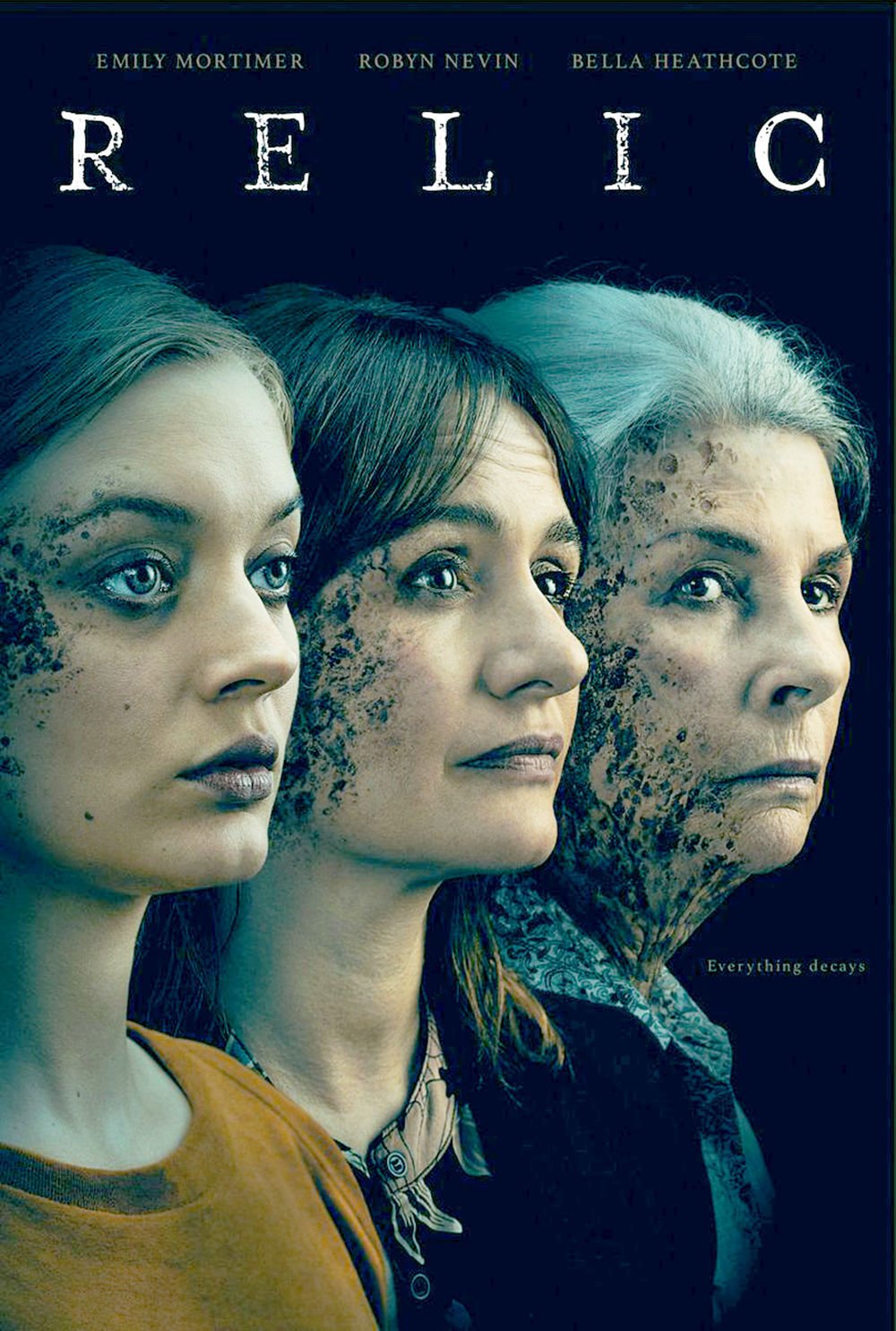 If you like haunted house horror movies, I’ve got good news and bad news.

The good news is that “Relic” is much better than “You Should Have Left,” that awful Kevin Bacon movie from last month that is very likely to wind up as my choice for Worst Movie of 2020.

I mean it, if you like things going bump in the night and disorienting houses with weird dimensions, this is the superior film. The bad news is that “superior” is relative. Just because I think “Relic” is better than that assault on my brain cells doesn’t mean I’d go so far as to recommend it.

The police are called and there’s community-wide worry, but Edna pops up in the house a few days later like nothing happened. It’s great that she’s OK (apart from a black bruise on her chest that looks suspiciously similar to mold gradually overtaking the house), but Kay and Sam are now faced with the task of making sure Edna doesn’t go wandering off again.

Edna’s not mentally fit to live on her own, the nearest nursing home is too depressing, and Kay’s career doesn’t allow her to give her mother the full-time care she needs (despite Sam’s insistence that it’s her daughterly duty).

Kay and Sam agree to stay at Edna’s house until they can figure something out. Everything worsens – Edna’s dementia, the tension between Kay and Sam, suspicious shadows and bumps in the night and, of course, the mold. Most notable is the deterioration of Edna, both mentally and physically. The bruise on her chest grows until it could be mistaken for a shirt, and she’s suffering additional cuts and injuries that she may be inflicting on herself.

Speaking of her behavior, she nearly tears off Sam’s finger snatching back a ring that she herself had given her, is so scared of her surroundings that she makes Kay check under the bed for monsters, and gets rid of old photos by burying albums in the yard and eating the pictures.

She’s drifting away from her loved ones, but this being a horror movie, it’s also possible that she’s the only one who knows what’s really going on with the strangeness of the house.

Although this film is Australian (good luck understanding some of the dialogue through the accents), it takes a sharp turn into Japanese-style horror at the end. It all has to do with the process of grieving, whether over the actual loss of a loved one to death, or the non-literal loss through Alzheimer’s. But boy, does this movie have a freaky way of symbolizing this theme.

The ending of this film is gross and disturbing, and at the same time, tender and touching. It’s an excellent sequence; I just wish the film had done a better job of leading up to it.

“Relic” prides itself on being a “slow burn” horror movie, but I say it’s just bad at being scary for the first hour. It tries to wring jump scares out of mundane things like faucets being turned on and clothes being pushed out of the way.

The film’s defenders will say something about how these scenes establish that the house itself is scary, but the real explanation is that the film senses it’s losing its audience, so it needs to throw in jump scares whether they make sense or not.

As for the characters, Kay and Sam aren’t very interesting. At least Edna is sympathetic in some scenes, chilling in others, but always compelling.