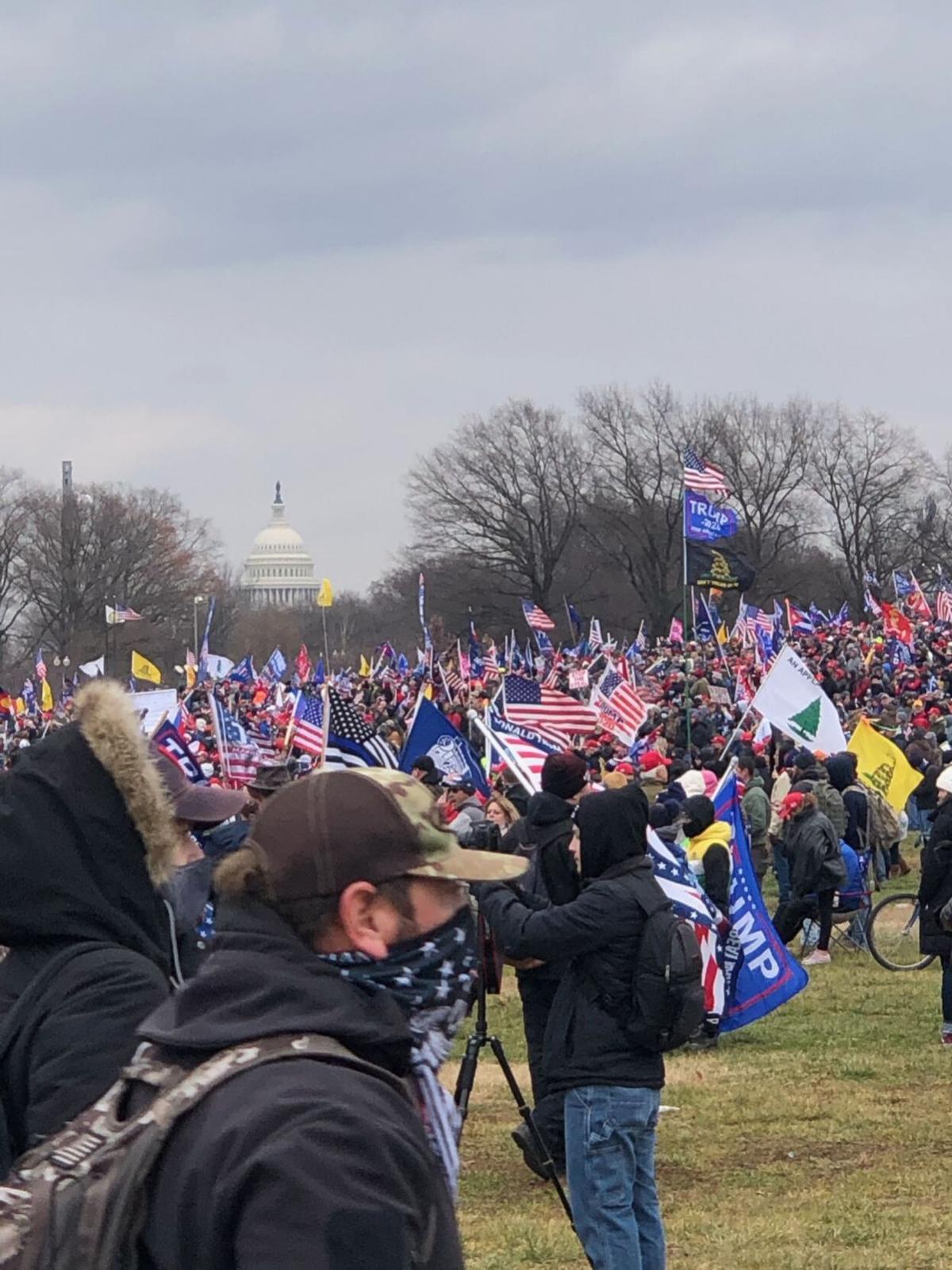 A view of the rally with the Capital in the background. 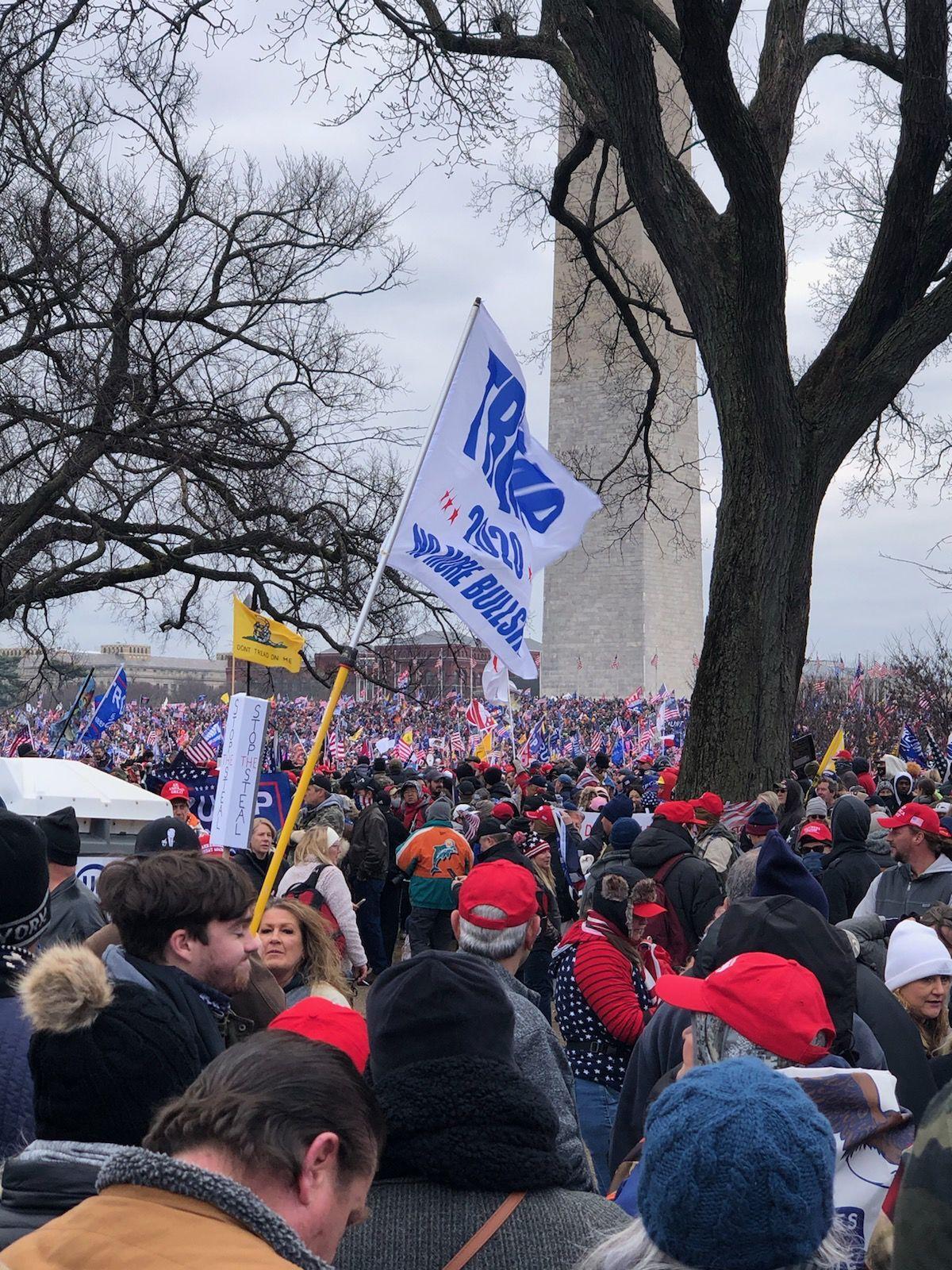 A view of the thousands of people in attendance at the rally.

A view of the rally with the Capital in the background.

A view of the thousands of people in attendance at the rally.

WASHINGTON D.C. — The events that unfolded in our nation’s Capital on Jan. 6, 2021, has been portrayed by the mainstream media as Trump supporters trying to start a revolution. What if that wasn’t the case for the majority of people who gathered in Washington D.C that day?

For two Newton County residents, the story of their experience doesn’t quite meet the narrative that has been recycled from one news outlet to another and from website to website.

Jeff Drinski and Vince Lowe drove 10 hours to be a part of something that they knew would be part of history someday.

“I went there as an American,” said Lowe. “I didn’t go there as pro-Trump or anti-Biden. I went there to observe.”

Drinski and Lowe had left the city before the protesting at the Capitol took a turn for the worse, and they were shocked to hear the news after what they had seen and experienced that day.

“It was like a tailgate party, everybody was respectful, polite, and calm,” added Lowe. “There wasn’t one piece of trash on the ground where we were. We didn’t witness anything rude from anyone. There was no insurrection going on around the monument (Washington Monument). It was definitely not like what you are seeing on TV. The only chanting going on was for the U.S.A.”

There were so many people in Washington D.C. that Drinski and Lowe couldn’t even find the end of the line to get into the area Trump had his speech.

“We finally decided to go to the Washington Monument because they had a big screen and we could watch the speech there,” said Drinski. “If there was a group there to start a revolution or an insurrection, I didn’t see it. No mainstream media were covering the rally at the monument. There were people from all over the country there. People that felt strongly enough about being an American to go and be there. We all watched the country burn this summer. Cities looted and the calls to defund the police. That is what concerned me, the societal changes that we are seeing. That is what moved me to go there. I didn’t support Trump early in 2016, but I did by the time the primary came around here. I did like what he has done for the past four years with the economy and sticking up for American values. I needed to go there for myself and see what was happening. When the mainstream media is not giving all of the information then there is a problem.”

Many elected officials and news pundits have blamed Trump for the protest going too far, the House of Representatives is expected to vote this week to impeach the president for a second time during his term.

“I never got a feeling from Trump’s speech that he wanted an insurrection,” added Drinski. “However, the mainstream media has now lumped us all into being a mob or radicals just because we were there.”

“When I heard the speech I took it as Trump still believes the election was rigged but that it was over,” said Lowe. “He was like I am never going to give up the fight but thanks for coming because he saw it was over.”

Lowe said he hasn’t heard the number of how many people were at the rally on Jan. 6 but said he wouldn’t be surprised if there were 250,000 people there.

CNN has reported that hundreds of “pro-Trump” protesters pushed through security to gain access to the Capitol, but failed to report that the overwhelmingly large number of people in attendance for the rally was peaceful.

Drinski and Lowe both said they were glad they went and would do it over again if given the chance.