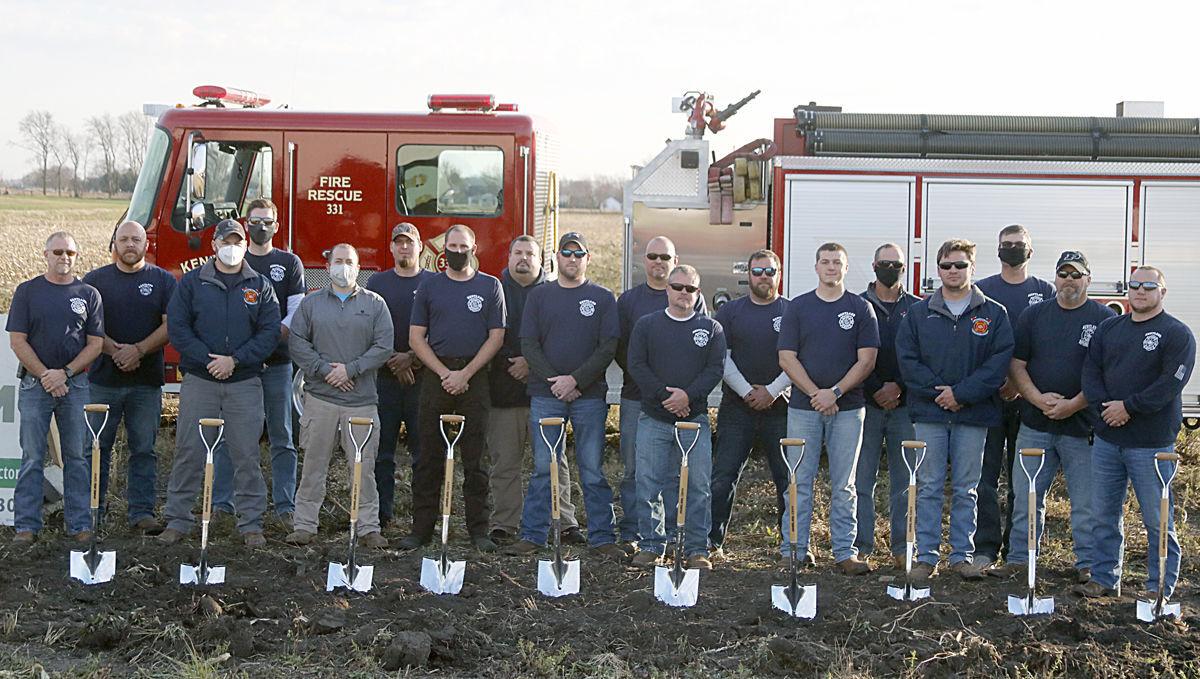 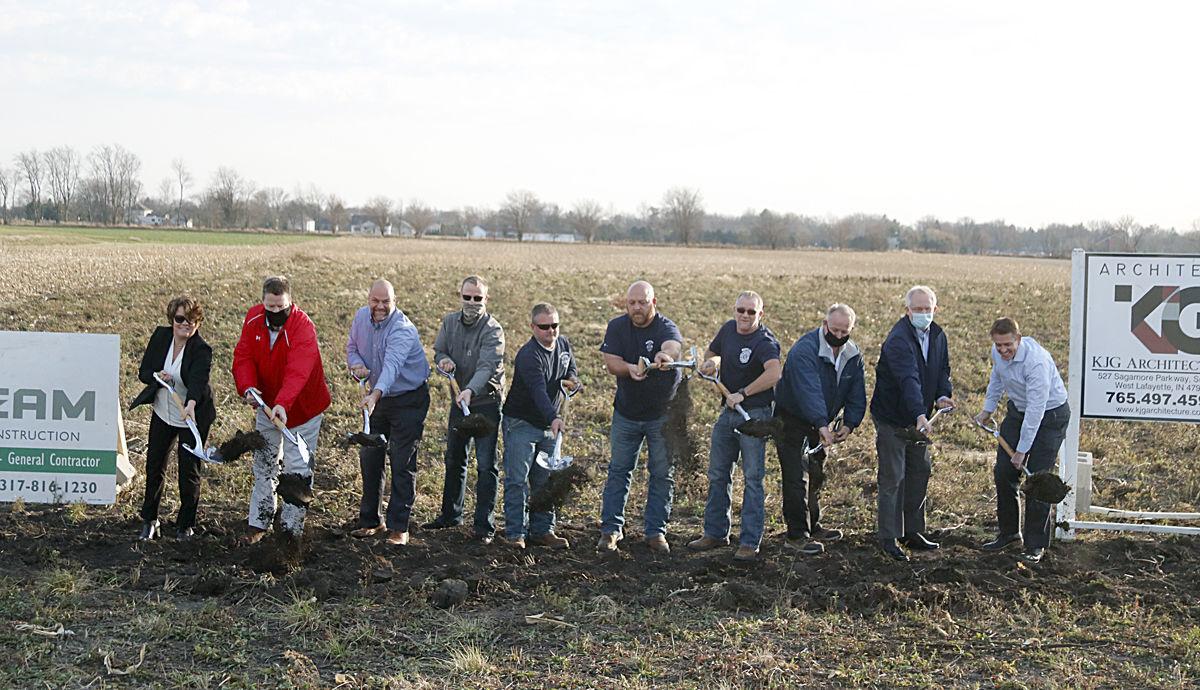 Ground was officially broken on Nov. 19 to celebrate the start of construction for the new Kentland firehouse, which will be located on E. Bailie Street near Premium Waters.

Ground was officially broken on Nov. 19 to celebrate the start of construction for the new Kentland firehouse, which will be located on E. Bailie Street near Premium Waters.

KENTLAND — Ground was officially broken on Nov. 19 to celebrate the start of construction for the new Kentland firehouse, which will be located on E. Bailie Street near Premium Waters.

“It has been a long time coming, but we are all excited that it’s now a reality,” said Kentland Fire Chief Matt Wittenborn. “It took a lot of help from a lot of different people and organizations. The citizens of this community have stepped up tremendously to make this project happen.”

Last month, the Kentland Town Council approved a bid of $1,497,000 from EquiTeam Construction out of Indianapolis to build the new facility.

The funding for the new fire station came from a variety of sources, including a $500,000 grant from the Indiana Office of Community and Rural Affairs.

Community fundraising efforts were widely successful and helped put the project over the top and get a better score to help secure the OCRA grant. More than $90,000 was raised via private donations, which included separate $10,000 fundraising matches from John and Cathy Cassidy, and Don and Abby Funk.

The new firehouse will feature five pull-through bays that will be a huge safety relief for the fire department. The new facility will also include workout and training rooms, decontamination centers, and room to expand.

“The new firehouse will make it safer for all of us, while also increasing our ability to keep the community safe,” added Wittenborn.

Wittenborn thanked many people who had a hand in this project including the Kentland Town Council (past and present), Town Clerk Judy King, Assistant Fire Chief Dustin Standish (who put in a lot of work spearheading the project), all of the firefighters (20 members of the Kentland Fire Department), Jefferson Township Trustee Jacob Shufflebarger and his board, the Newton County Council, the Newton County Commissioners, the Jasper Newton Foundation, John and Cathy Cassidy, Don and Abby Funk, Ken Smith and all of the engineers, the Kankakee-Iroquois Regional Planning Commission (KIRPC), KJG Architecture, EquiTeam Construction, and former Kentland Fire Chief Vince Lowe.

Wittenborn said the construction timeline calls for the firehouse to be completed by mid-June.