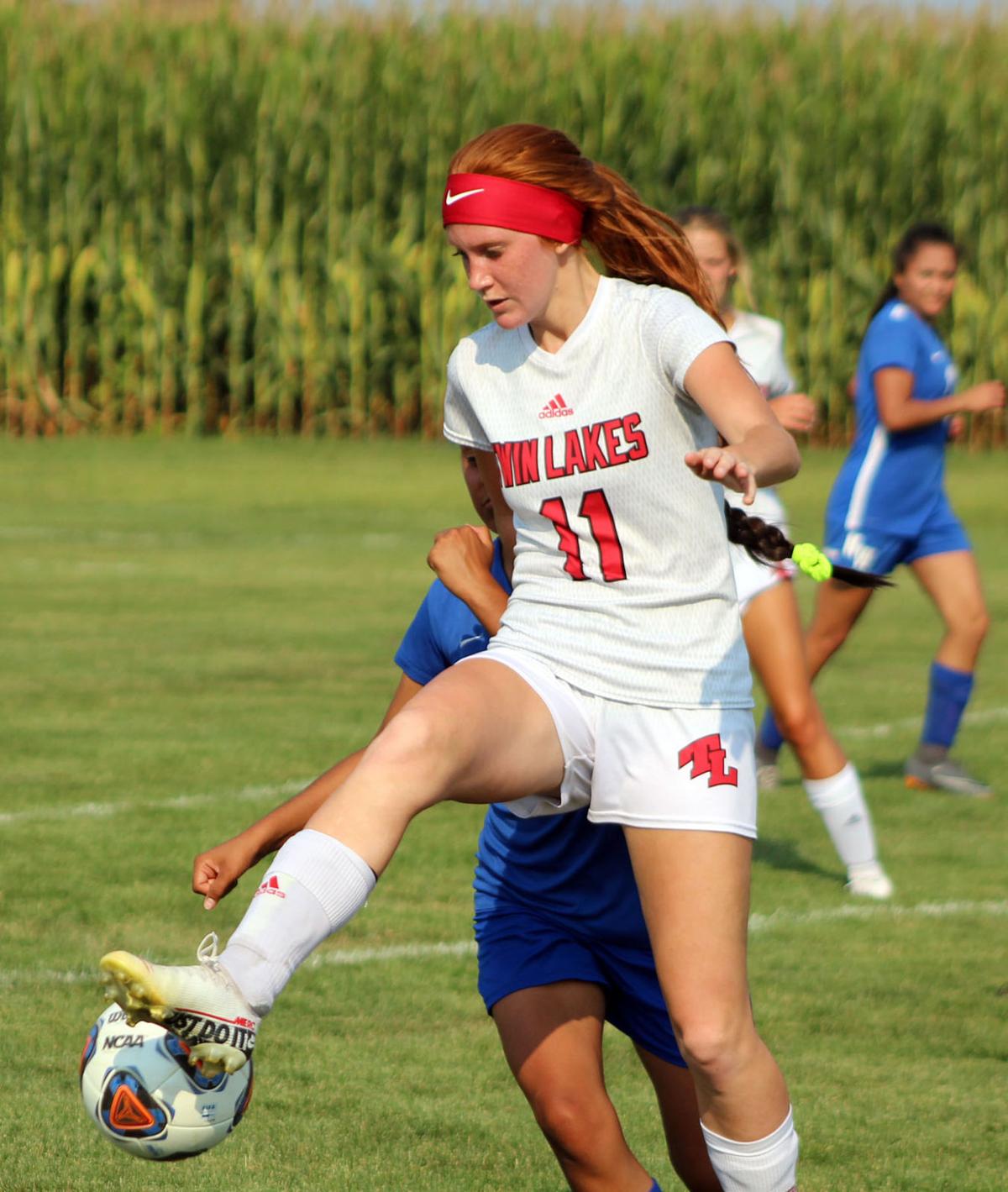 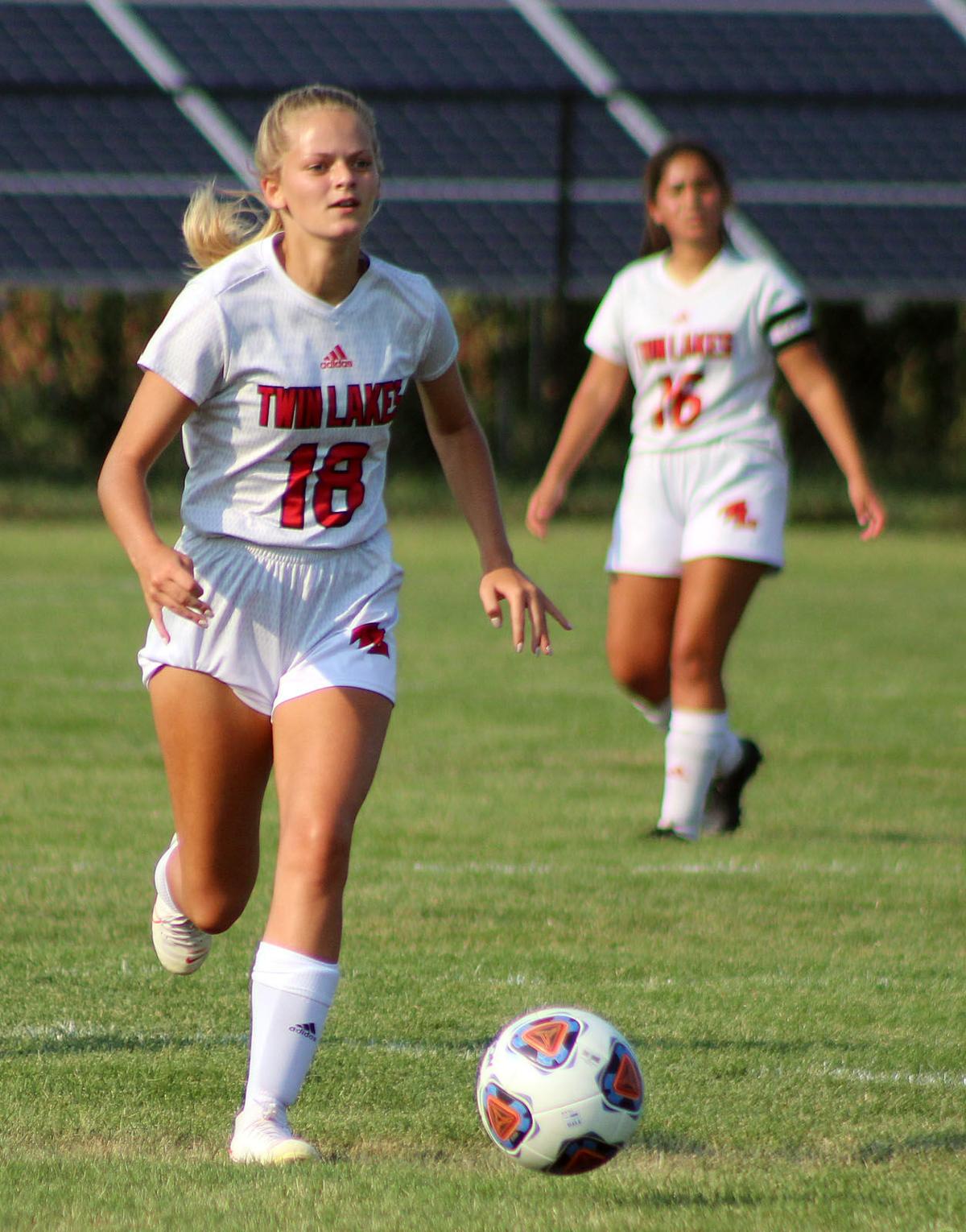 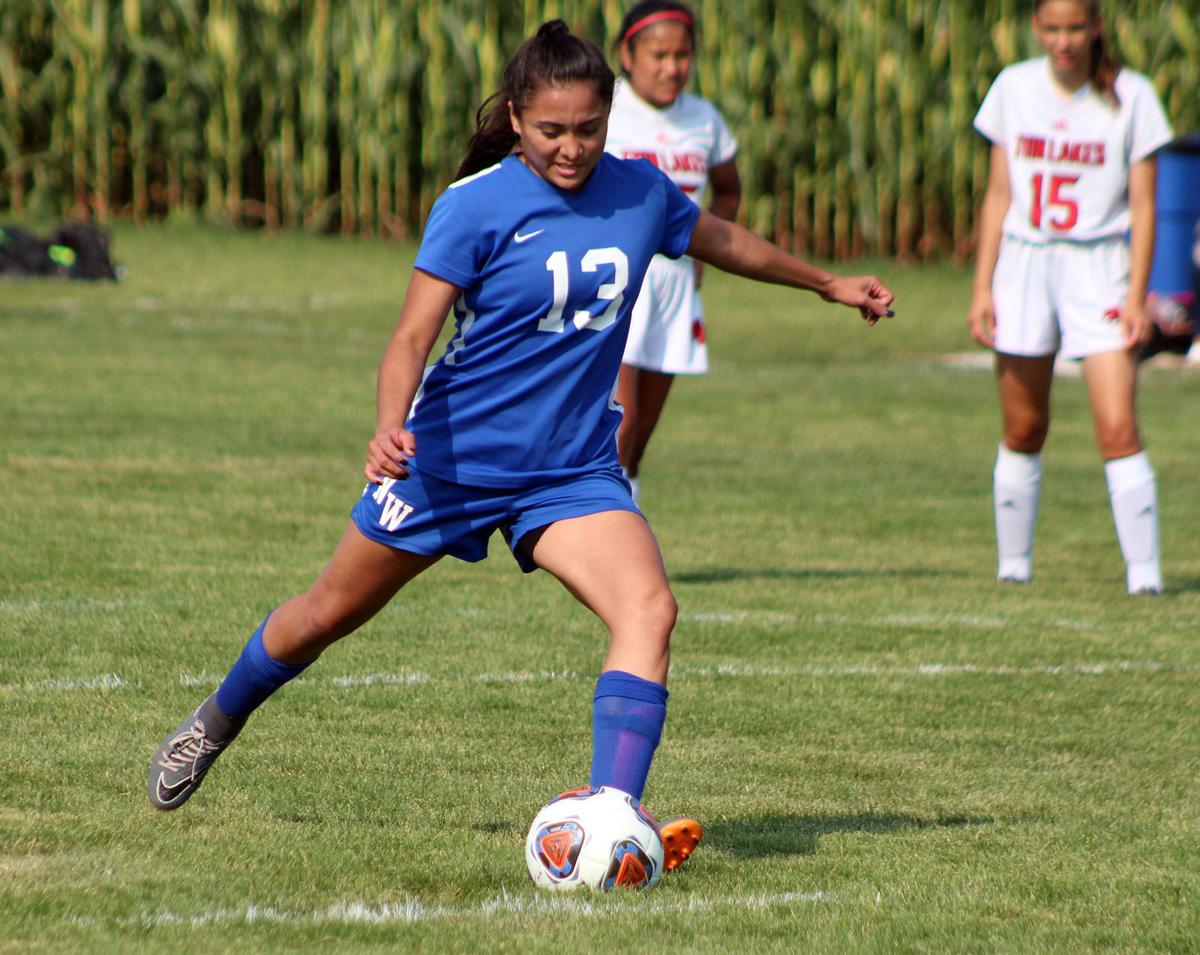 MONON — It took just four matches, but the Indians are already ahead of last season’s mark.

“I’ve improved a lot from last year,” Bowman said. “I’ve gotten better at keeping my head up and my ball work and knowing my environment. My shots have also gotten a lot better, knowing where to place (the ball) and where the goalie is. It really impacts where that ball goes.”

Bowman’s first goal, netted in the 30th minute, broke a 1-1 deadlock. She added a second six minutes into the second half, and her last in the 62nd minute. The sophomore added a pair of assists and has four goals and three assists on the season.

“I was like, ‘Jilly, you’ve gotten two. Why not make it three?’” she joked. “I know I probably won’t get another game like this.”

Added senior striker Ella McNulty, “I was so happy for Jilly. She did amazing. All of her shots were gorgeous.”

McNulty put the capper in in the 86th minute for her second goal. She has four goals and three assists on the season.

Twin Lakes scored six goals on 10 shots on goal, and 13 shots. The Indians’ constant pressure forced senior goalie Mackenzie Smolek, and later Tatiana Garcia, into action with a lot of pickups and save attempts.

Smolek made a few saves and Garcia collected three after coming in when Smolek was hurt on a play.

“I was happier with our communication and charging at the ball,” McNulty said. “Everyone stepped up at the end of the first half and all of the second half.”

“I think we underestimated them (to start),” Bowman said of the 1-1 score eight minutes in. “We realized we needed to get our (stuff) together and kick into gear, and we worked pretty well at the end as a team.”

Cloudy skies this evening will become partly cloudy after midnight. Low around 30F. Winds NNW at 10 to 20 mph.