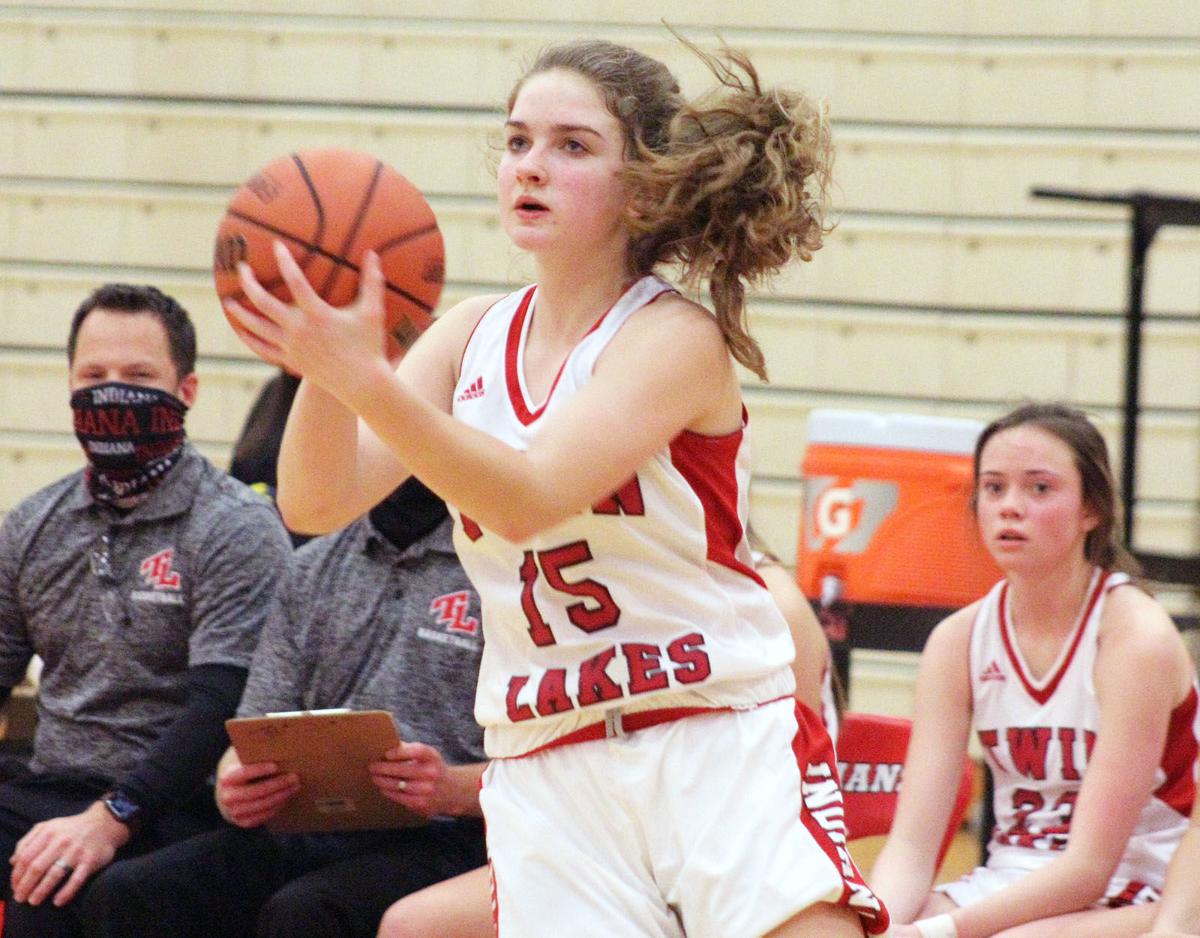 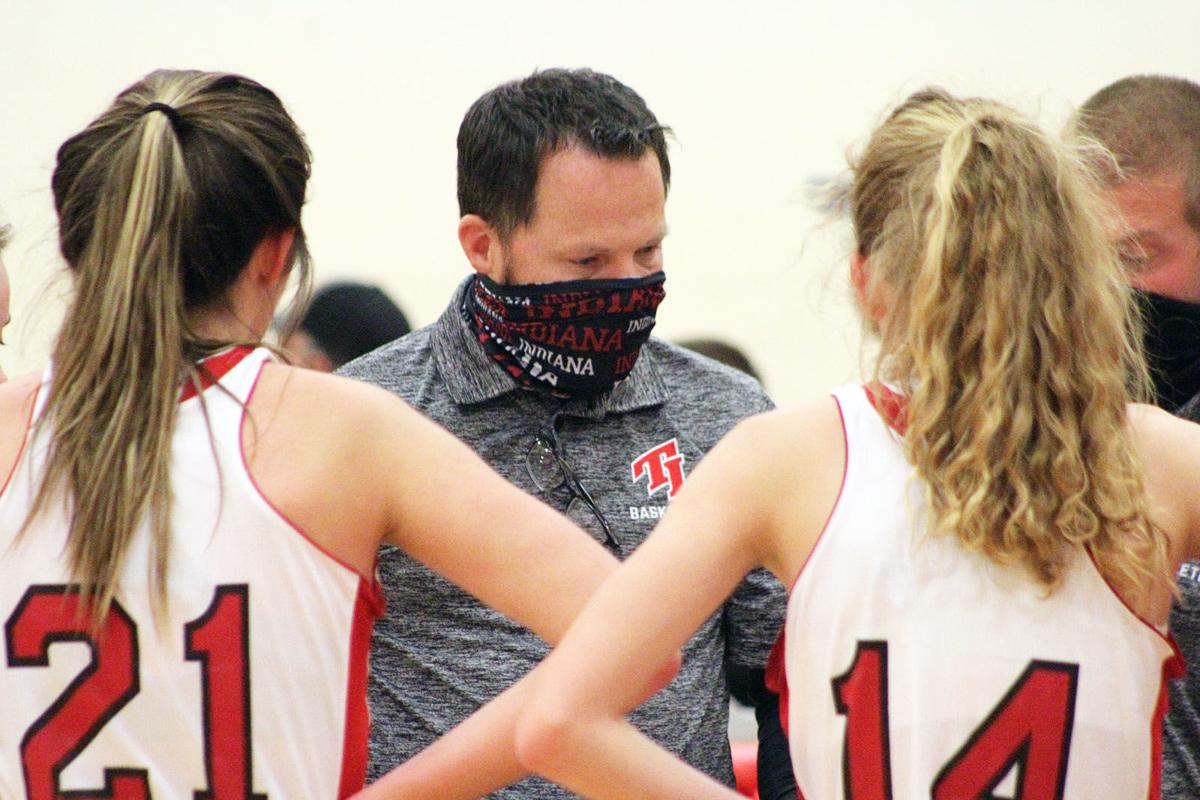 Twin Lakes head coach Brad Bowsman chats with his team during a timeout against North Miami on Thursday in Monticello. 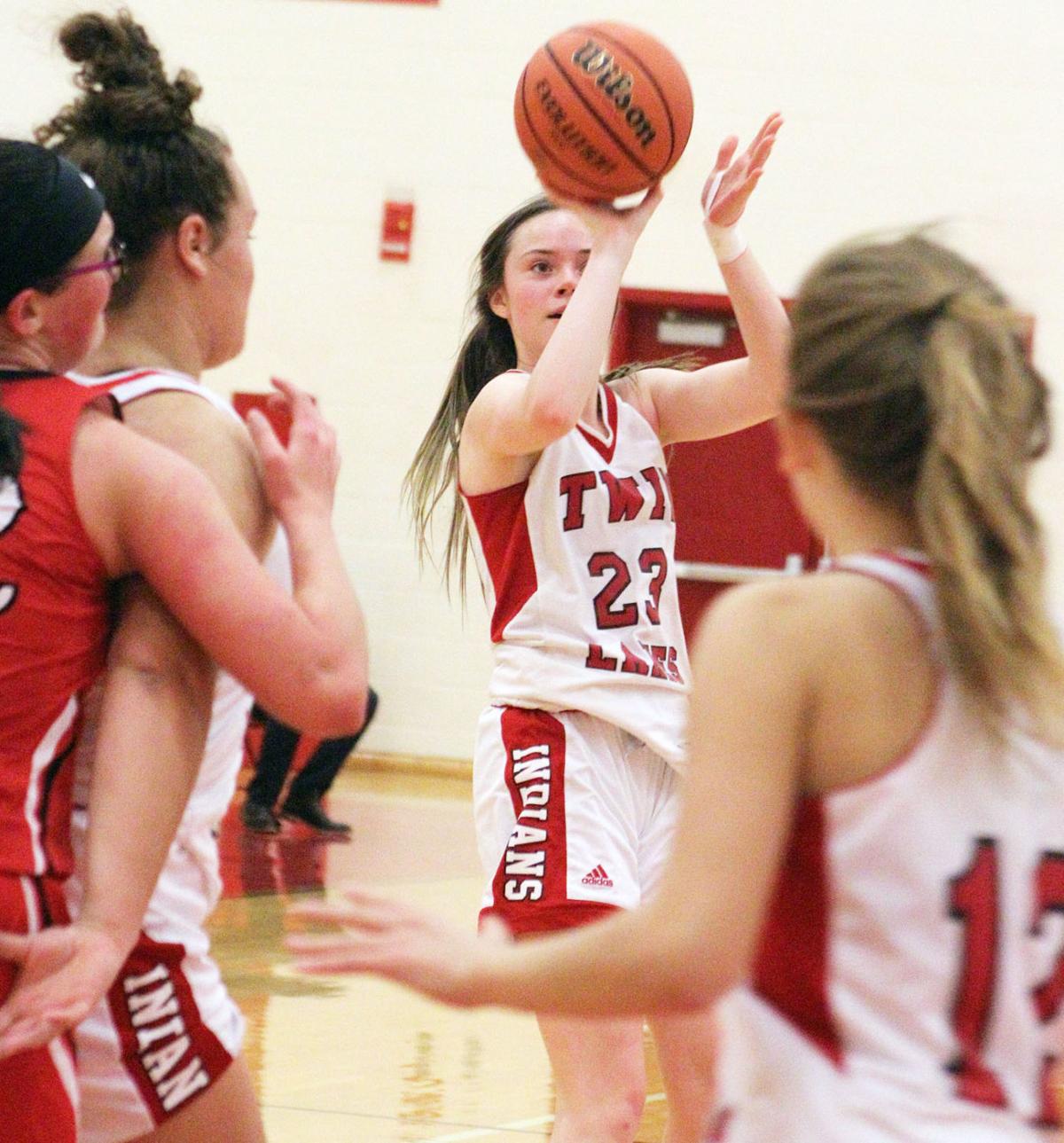 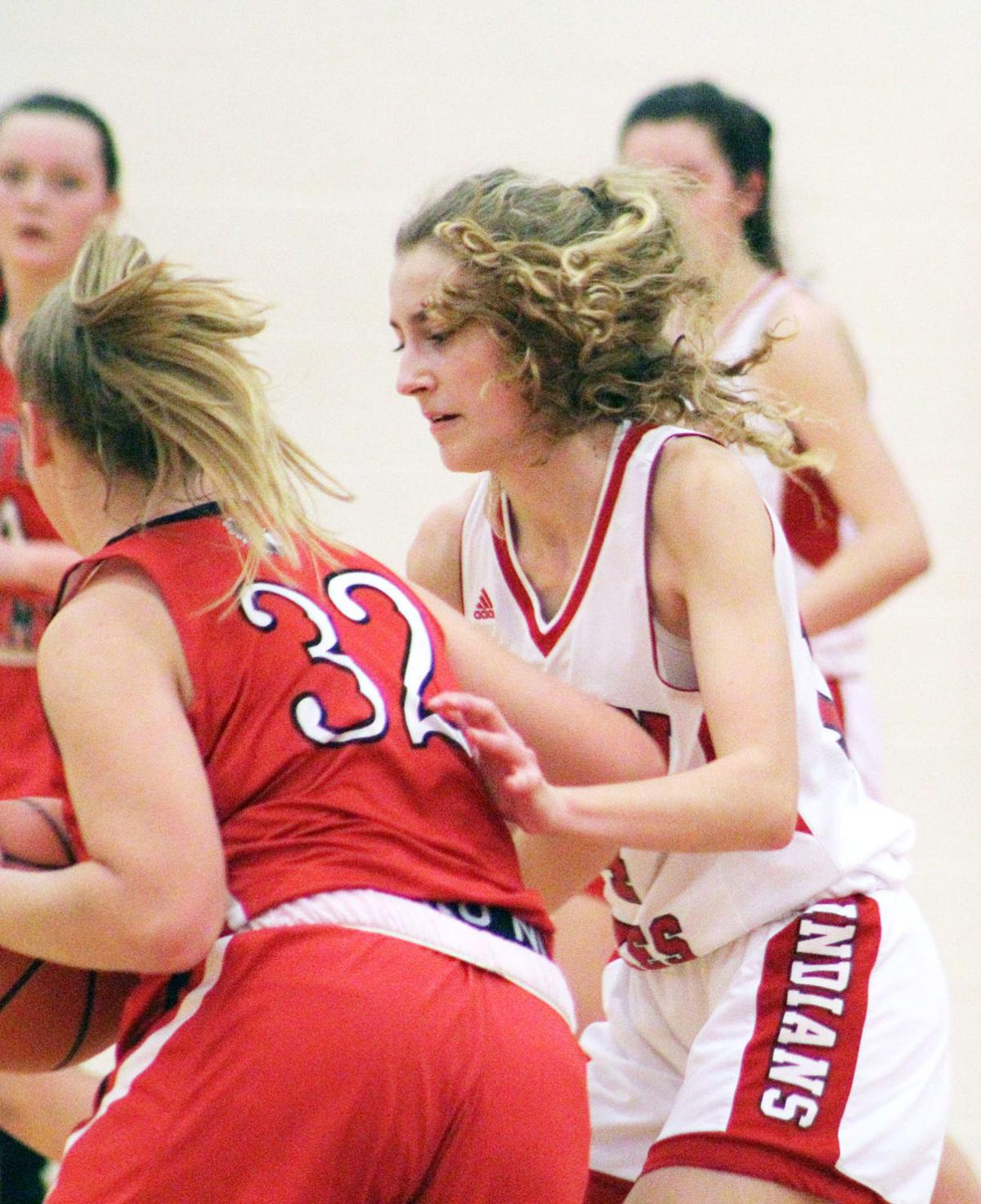 Twin Lakes head coach Brad Bowsman chats with his team during a timeout against North Miami on Thursday in Monticello.

A feeling of unease was lifted.

Faces were still flushed with a tinge of frustration.

Eyes still said, ‘We can be better.’

Later, voices added credence to that.

But for one night, Twin Lakes girls basketball team was able to breathe a little softer and slower.

The Indians collected their first win of the season, a 61-29 victory against North Miami on Thursday to complete a string of two games in three days and, with Friday’s practice, a set of five consecutive days that contained basketball and basketball-related activities.

“It was nice to have a routine again,” sophomore point guard Addison Ward said after the victory against the Warriors. “Obviously it was really rough only having one practice before our first game against a decent team (Tuesday against Carroll), but I’d rather be playing. So I’ll take what I can get.”

Added freshman shooting guard Olivia Nickerson: “Coming off three weeks out and not being able to practice or get in basketball shape hurt us at the beginning (of the game), but I feel like toward the end we started working together better, passing the ball and playing defense.”

“Things looked better tonight. We still have a long way to go,” head coach Brad Bowsman said. “You can tell the girls haven’t really gotten to play together, jell together yet. It’s going to take some time and it’s the type of season we’re going to have, I think.”

Twin Lakes (1-3) didn’t get itself off to the greatest start, hitting just one of its first seven shots and tying the game at 7 on Nickerson’s 3-pointer with 2 minutes, 37 seconds left in the opening stanza.

The hosts held a one-point lead, 9-8, after the first quarter and slowly pulled away as Nickerson (two) and Ward hit a trio of 3s midway through the second quarter.

Hodgen’s only 3 was down for a 23-12 advantage and the Indians scored 19 in the frame for a 8-14 halftime advantage. Twin Lakes dropped in 18 during the third and 15 in the fourth to continue pulling away, and held the Warriors (1-4) to under 10 points in each quarter.

Nickerson, who scored 42 points in her first career contest and has put up 25 or more in three of her first four games. She led the way with 25 on Thursday, hitting 9 of 18 shots and four of five foul shots. She sank three 3s and paced a defensive effort that claimed 21 steals and forced 24 turnovers total. Nickerson grabbed eight steals, while Ward contributed six thefts to her 15-point, five assist, two block stat line.

“We have our three main shooters, and we’re all fast and athletic,” Ward said of her, Hodgen and Nickerson. “I think that when we can knock down our threes and we can get the ball out and go, we play a lot better as a team. We play really well off of each other, so when we can get into a rhythm it goes pretty well.”

“I think it’s just going to get better from here,” Ward said. “We haven’t had much time to work on our plays (yet), and I thought for not having all our plays we played pretty well together. When we have time to (install our offense) and work on our shots, we’ll play pretty well.”

“Whenever the ball goes in the hoop, it makes the game easier for the players,” Bowsman said. “We’ve got to get more time playing together. All we can do is hope for every day we can have it, have practices and have games.”

Tuesday’s loss came after just one day of practice. It was the first time the entire varsity roster was together since the season began.

“My job as a coach is to get them ready, and it’s really tough to get them ready in one practice,” Bowsman said Tuesday. “Not being on the court for three weeks, that’s a big difference for us. It’s a tough situation to be in, physically and mentally.”

“Just ‘next play, next play’ (as a mindset), I think that will really help us not get down on ourselves,” Nickerson said Thursday. “We’ll try to stay healthy and keep working at it. Hopefully by the end of the season, by sectional time, we’ll be playing really well.”