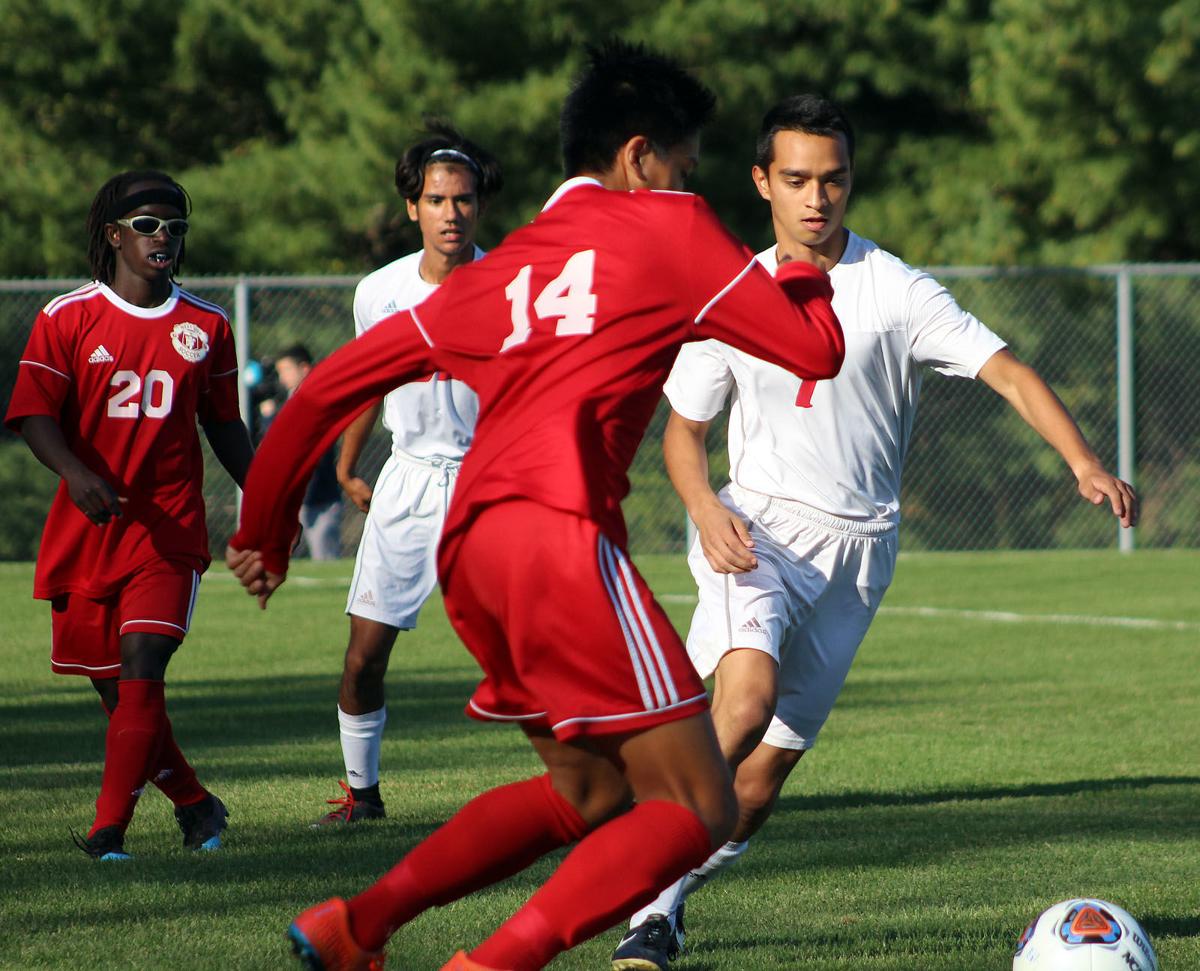 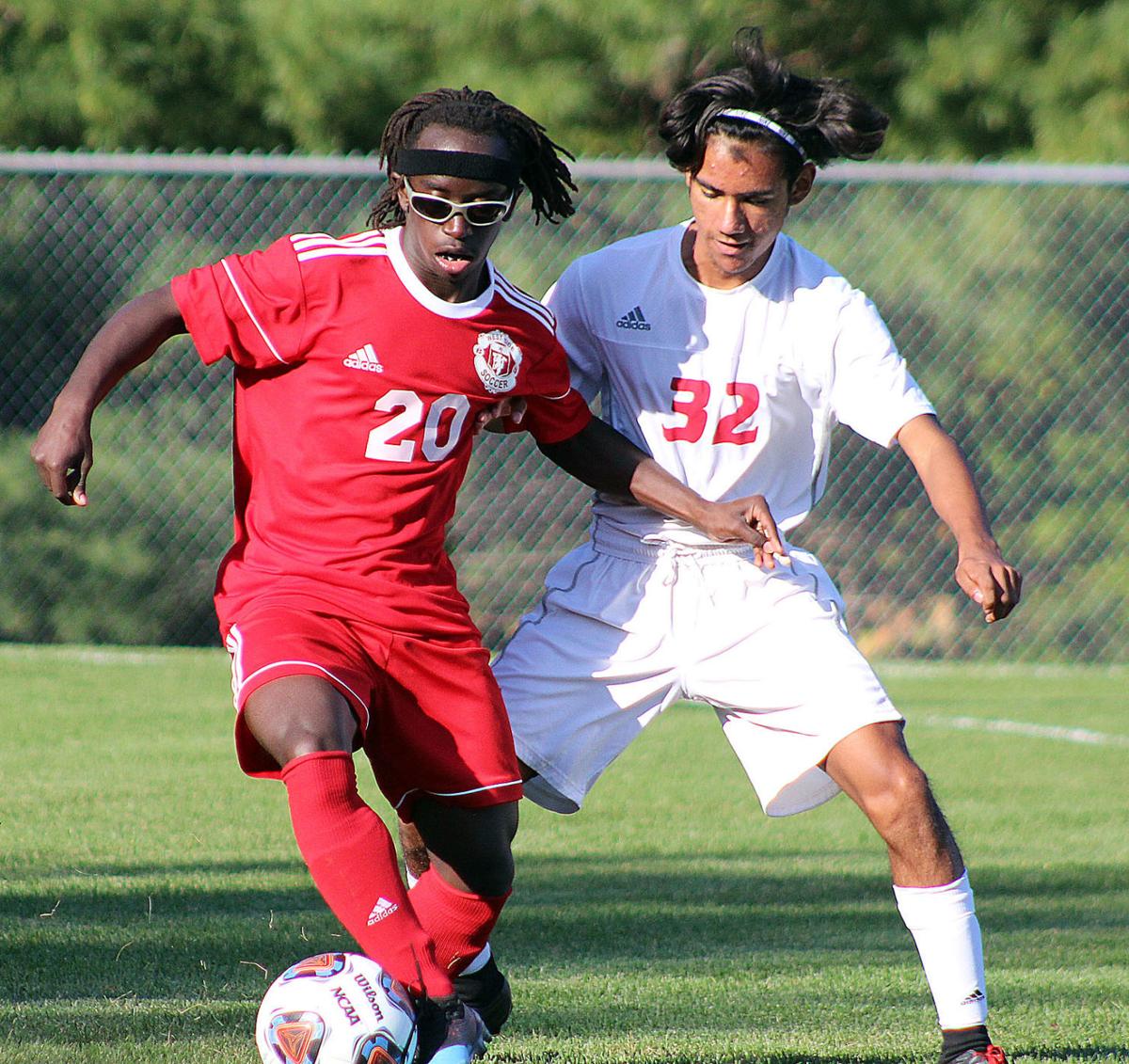 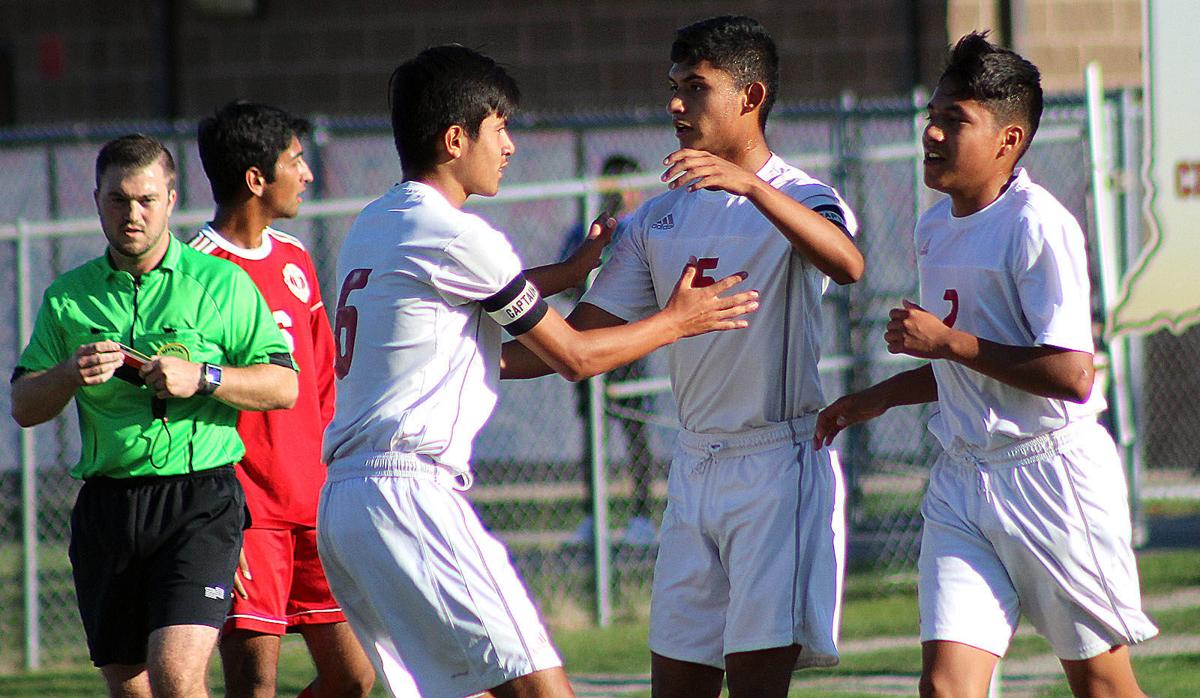 WEST LAFAYETTE — It was tactical. It was necessary.

And he’d do it again, even if the result was the same.

In the final minute of the West Lafayette Sectional semifinal on Wednesday, Cyrus Allen pushed up, along with all his Twin lakes teammates. It’s what you do when you’re down one goal — even if you’re the goalkeeper.

So Allen found himself at nearly midfield in an effort to help, which was fine — until a ball was played back toward him and oncoming West Lafayette’s Carson Cooke. Allen went to the ground in an attempt to slide tackle the ball away, but Cooke got to it first. The Red Devil chipped the ball over Allen, leapt over the Indians keeper, and caught up to the ball just before Twin Lakes players could get in front of the goal to deflect Cooke’s shot.

It went in to secure West Lafayette’s 3-1 victory, which ended Twin Lakes’ season.

“I took a chance, and we didn’t have enough people to get back and recover for me. It was a soccer decision,” Allen said. “The last two minutes of the game and we’re down one … really the only logical thing to do is push everyone forward. Doesn’t matter if we go down one more — it’s all or nothing for us.”

Allen’s save total was an astronomical 26 during his final game for the Indians (9-8-2). Senior Anthony Ocampo was awed by his classmate’s effort, which included 42 saves in the final three matches.

“He’s been on fire,” Ocampo said. “We could not have made it here without him. Saved us in Frankfort, Monday, a lot of other games, too. I appreciate him for that.”

Ocampo opened the game’s scoring in the 12th minute, gathering the ball in the offensive zone off a feed from John Hernandez and then just motoring past a defender as he streaked down the left side of the pitch. His shot from inside the 18-yard territory flew past Red Devils keeper Luke DeLion into the right side of the net.

“I just thought it would give us a good kick-start,” Ocampo said of his goal. “It definitely gave us a confidence boost that we needed.”

Ocampo’s tally came after he earlier had a shot blocked as it was rising, and just minutes after the third of West Lafayette’s 10 corner kicks hit the crossbar on the way down.

The Red Devils (12-3-3) scored the game-winner off a corner kick in the 53rd minute. Kerim Keskin put his boot on a clean right corner-to-left side of the goalbox crack from Cooke, and it crossed through the goalbox into the left side of the net past a sprawling Allen.

West Lafayette also leveled the scoreline off a 28th-minute corner. Cooke’s corner was chested down by Michael Chen, who passed the ball out, got it back, took a soft back heel touch in traffic, then spun around and took another touch as Allen and to Indians defenders closed in. It got by all three for a 1-1 match.

“We did defend well after the goal to see if we could keep it 1-0 going into halftime, then regroup from there,” Ocampo said. “But they got that one in the last two minutes.”

Allen said Monday his team’s modus operandi was to play hard for an early led, then harder once it got the advantage. It held true in the 16-minute interim between 1-0 and 1-1, though the sectional host kept pressure on its Hoosier Conference counterpart through that stretch, and most of the contest, as well.

At least three times Allen was forced to make multiple stops within a one- or two-minute period, including back-to-back saves in 69th minute off a shot, and header immediately off Allen’s block.

“They had a lot of chances, but our defense has been good all year. Our defense has kept us in a lot of games, and that was the case here again,” head coach Joe Vought said. “They just have a good offense — Carson has 42 goals, and I thought we did a great job of limiting him in the first half and frustrating their team.”

Twin Lakes took 10 shots, with three on goal. Eduardo Puga picked up a yellow card in the 60th minute.

Ocampo’s score was the first time in Vought’s two-year tenure that the Indians held a lead against the Red Devils. They’ve played four matches in two years; Twin Lakes has tallied three goals and allowed 16.

The Indians won one more match than 2018 (8-12), but had a better overall record. It was the fifth time since 2013 Twin Lakes won eight or more contests.

“This has been the best season I’ve played since freshman year, or ever maybe,” Allen said. “I thought it was a great season … we had nine seniors to carry us there. We gave our hearts this year.”