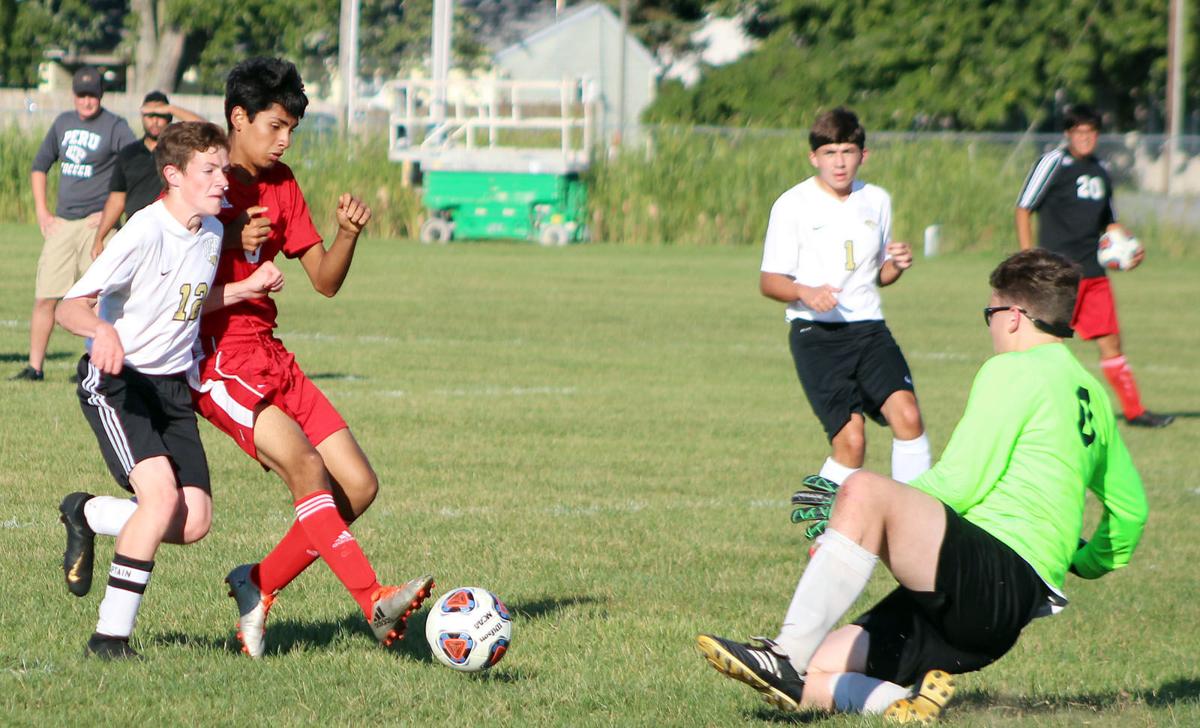 Twin Lakes’ John Hernandez attempts to put a shot on goal against Peru on Wednesday in Monticello. 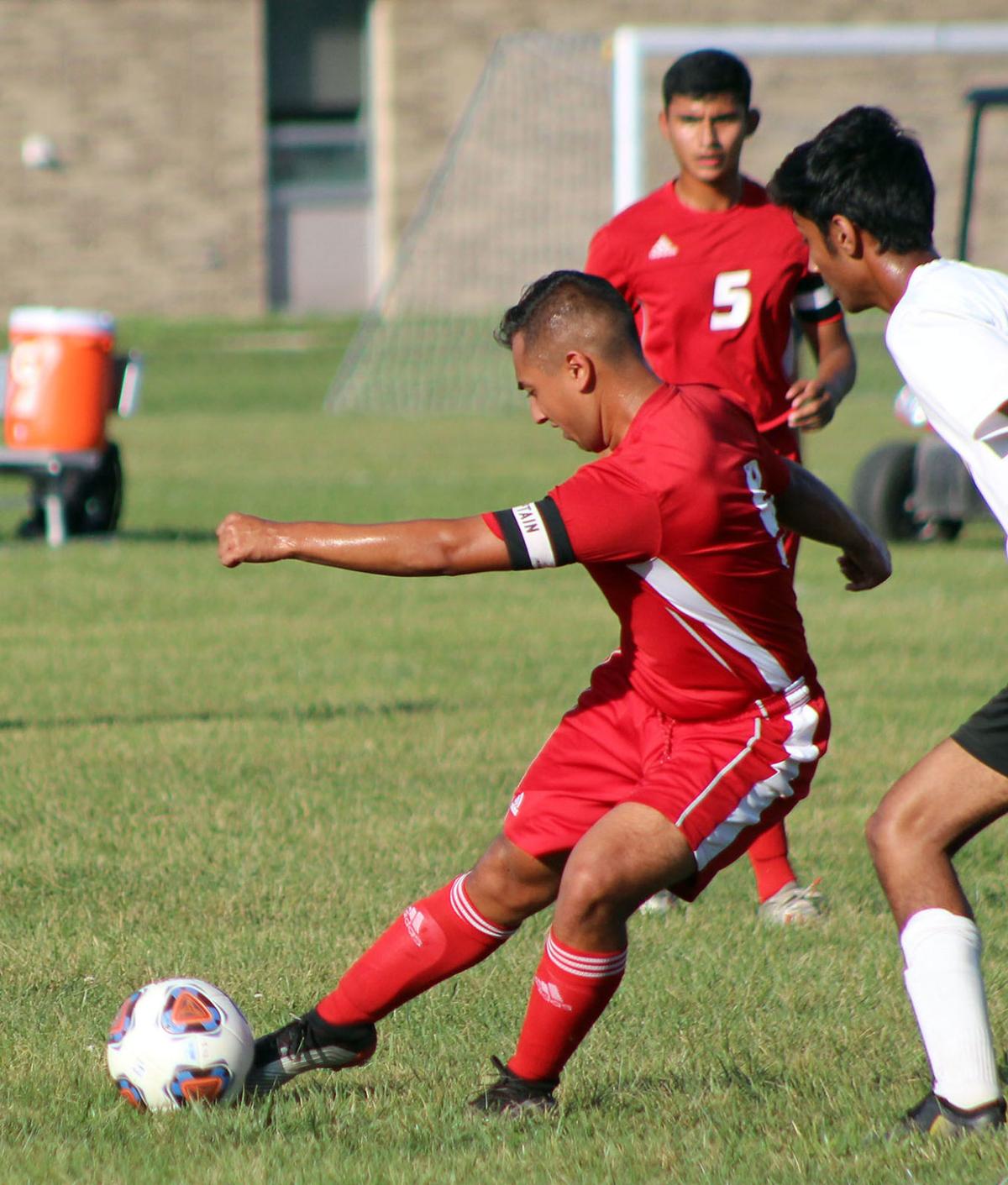 Twin Lakes’ Luis Quintanilla passes the ball against Peru on Wednesday in Monticello.

Twin Lakes’ John Hernandez attempts to put a shot on goal against Peru on Wednesday in Monticello.

Twin Lakes’ Luis Quintanilla passes the ball against Peru on Wednesday in Monticello.

Everyone wanted to score.

That explained Twin Lakes’ resurgence in the final 25 minutes Wednesday against Peru, according to senior Luis Quintanilla. The Indians scored multiple goals in that timeframe, putting no doubt to their 6-1 victory against the Tigers. But both Quintanilla and head coach Joe Vought know Twin Lakes (6-6-1) must perform better with just four matches left in the regular season.

“There’s a lot we need to improve,” Quintanilla said. “We need to move the ball more, the ball needs to go to the sides more. We try to get too cramped up and we look like a U-8 team because we all push up with the ball. We need to spread out more, and pass the ball more.”

There were spurts when that gameplan — something Vought’s pushed the better part of his two seasons as head coach — worked. The match’s opening goal, in roughly the third minute, came about after John Hernandez’s pass from the left side of the box found a streaking Rudolfo Serna for a tap-in into the right side past goalkeeper Eli Walters.

But for the most part, Twin Lakes spent a lot of time as Quintanilla described — as a youth team where everyone chases after the ball and runs right to it, or just barrels down the middle of the field in hopes of bowling over defenders in the way. Vought voiced his opinion in the postgame huddle, and later called himself “a broken record” on the subject.

“We work on it in practice, and everybody nods their head, like ‘Yes, I understand. I understand’” he said. “But then when it gets back to game time, we get back to bad habits. I don’t know if it’s because it’s easier (to play like that), they’re used to doing it that way, (or) they’re not staying focused.”

It wasn’t just offensively, either, for the Indians. Peru (1-6) trailed just 2-0 midway through the first half when a turnover close to midfield led to the Tigers gaining control of the ball. Peru had tested Wesley Kennington once already, forcing him to make a save, and this time caught Twin Lakes in a bad defensive switch to put one past Kennington for a 2-1 score.

The Indians got the tally back, then traipsed through most of the second half until pouring on the scores late.

Quintanilla scored twice in the second half, while John Hernandez added a goal and an assist. Ian Garbison and Eric Santiago added helpers, as well. Kennington made two saves.

Another aspect of Wednesday’s match irked Vought, and he let the team know it. While Twin Lakes evened its record at .500 with wins against Delphi (Monday, 2-0) and Peru, their combined record was 3-14 as of Thursday morning. Vought hoped to use both matches to work on tactics that would help the program in its final three matches.

It didn’t necessarily happen. Quintanilla feels it was because they knew, record-wise, the competition was not up to Twin Lakes’ level.

Twin Lakes (6-6-2) collected two corner kicks and a handful of chances, but couldn’t get a goal in during regulation. Statistics were not available by press time.