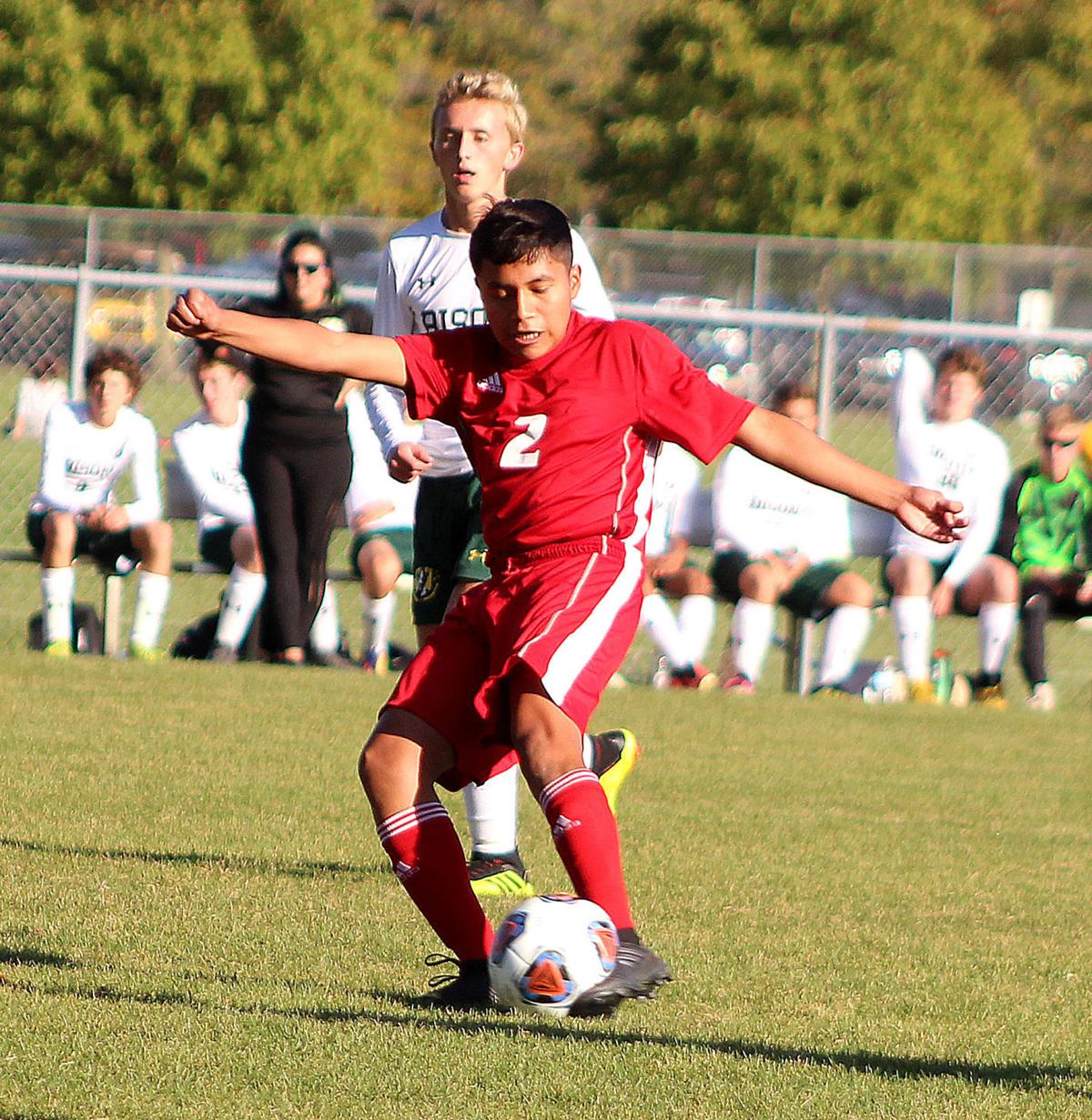 Twin Lakes’ Angel Aguilar takes a shot on goal during a West Lafayette Sectional first-round game against Benton Central on Monday in West Lafayette. Aguilar’s shot went in, and it stood as the only tally of the game in a 1-0 victory. 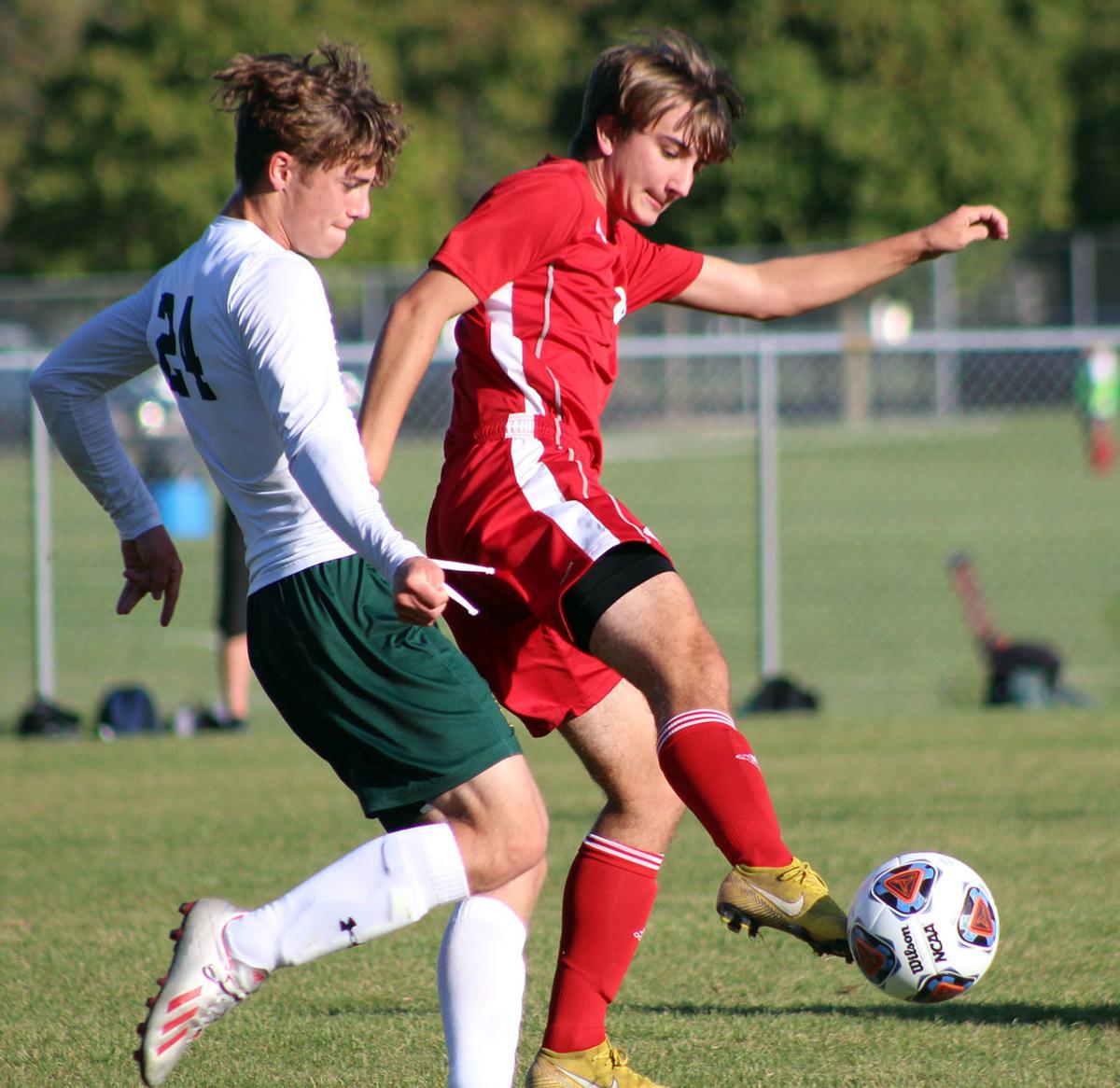 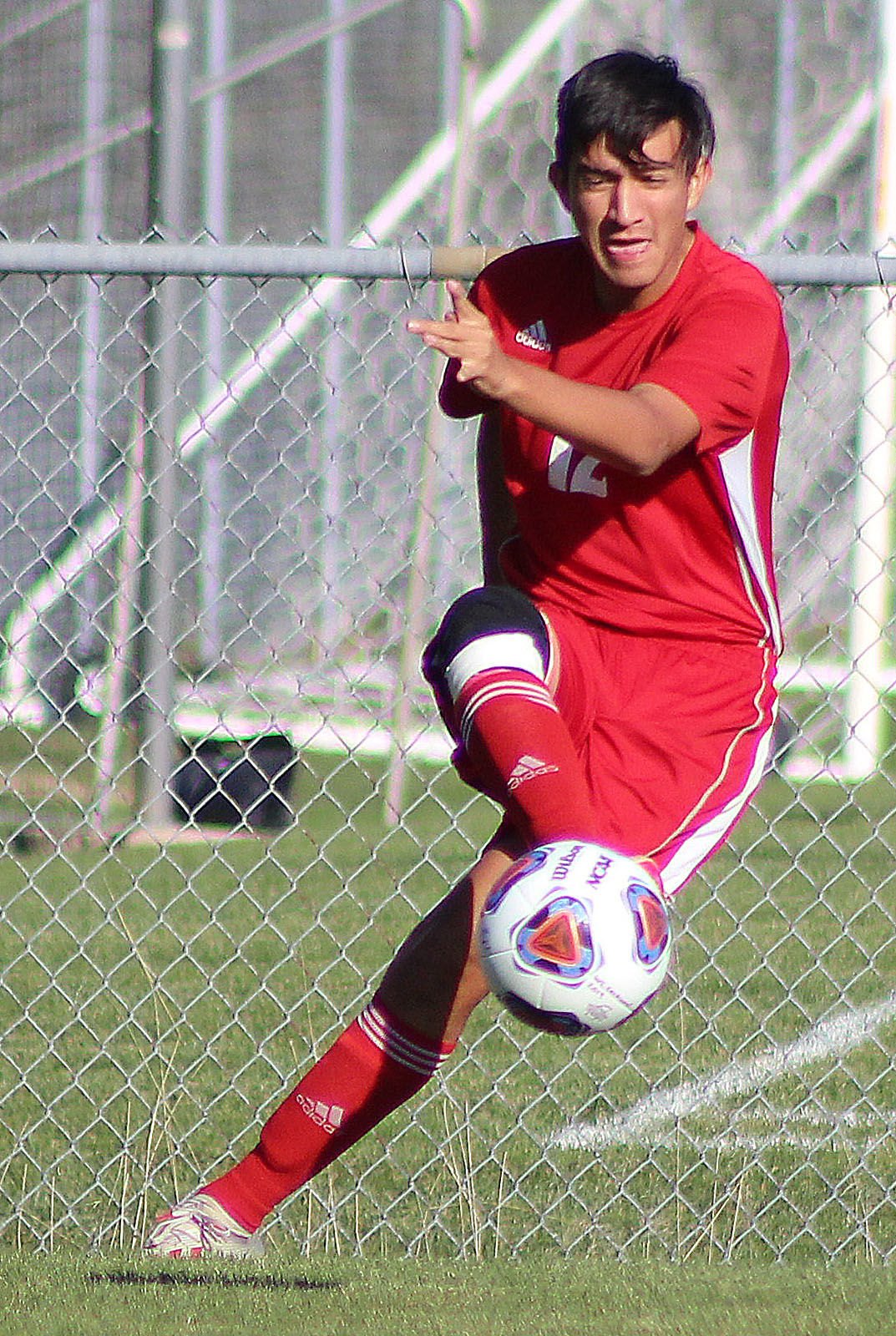 Twin Lakes’ Angel Aguilar takes a shot on goal during a West Lafayette Sectional first-round game against Benton Central on Monday in West Lafayette. Aguilar’s shot went in, and it stood as the only tally of the game in a 1-0 victory.

WEST LAFAYETTE — Cyrus Allen has learned many things about his Twin Lakes team this season.

One is this — if the Indians get an early lead, they are usually fine. Sometimes it takes everything to hold onto that lead, but it generally stands.

“We did what we did best — we come out fast and we score early,” said Allen, one of two senior goalkeepers. “Then we hold on for the rest of it. As long as we can keep a lead or keep it tied, we seem fine.”

Twin Lakes (9-7-2) posted seven shutouts this season and held multiple-goal leads in the two victories it allowed a goal (6-1, 3-1). In two of their three one-goal losses, the Indians were even at halftime before falling.

Twin Lakes head coach Joe Vought emphasized what he felt was a lack of communication and teamwork on the Indians’ part during his postgame meeting. He noted the Sept. 4 win against Benton Central (2-0), and the Bison’s 3-11 record.

“I don’t feel like our players came out with the intensity they needed to. They thought they were going to come out and be handed the game and that wasn’t the case,” Vought said. “BC was ready to play. They wanted it more than we did. It wasn’t a particularly great game for us.”

“I felt it early,” Allen said of the pressure from BC. “Right off the bat, they hit the crossbar twice and I knew it wasn’t going to be easy from there.”

Between Benton Central’s first pair of shots and a header that banged the post off a corner kick, Twin Lakes found enough time to gather an offensive charge.

In the fourth minute, off a situation where five players were ping-ponging the ball back and forth in a small space just outside the 18-yard box, Indians sophomore Angel Aguilar collected the ball, dribbled himself open and rifled the ball past Jace Brunton for the game’s lone tally.

The goal stood through the next 41 minutes, despite consistent pushes from both sides to add more goals.

“One-zero is a very dangerous lead. One goal in and it’s tied,” Aguilar said of the margin holding the rest of the contest.

Benton Central nearly drew even when a prolonged scramble in the 60th minute saw Allen off the line and errant bodies and boots clad in Twin Lakes colors save at least two separate Bison shots.

For the Indians, a Rudolfo Serna shot off a corner went wide in the 59th and an Anthony Ocampo free kick in the 61st was saved. Aguilar had a free kick in the 75th, but Brunton made the save there as well.

In the 79th minute, the Bison had a last-gasp corner kick pushed away by Twin Lakes.

“We need to wake up more, and communicate … just more communication,” Aguilar said of all the close calls. “We’re going to practice on what we need, on skill-based things. And communication is key right now.”

“We picked it up in the second half, but we didn’t look as good as we did against Frankfort last Thursday,” Vought said. “We’ve got a day to fix it … either team we play, they are both accomplished programs and it’s going to take a better effort.”

Cloudy skies early, then partly cloudy after midnight. Low around 30F. Winds NNW at 10 to 20 mph.

Cloudy skies early, then partly cloudy after midnight. Low around 30F. Winds NNW at 10 to 20 mph.