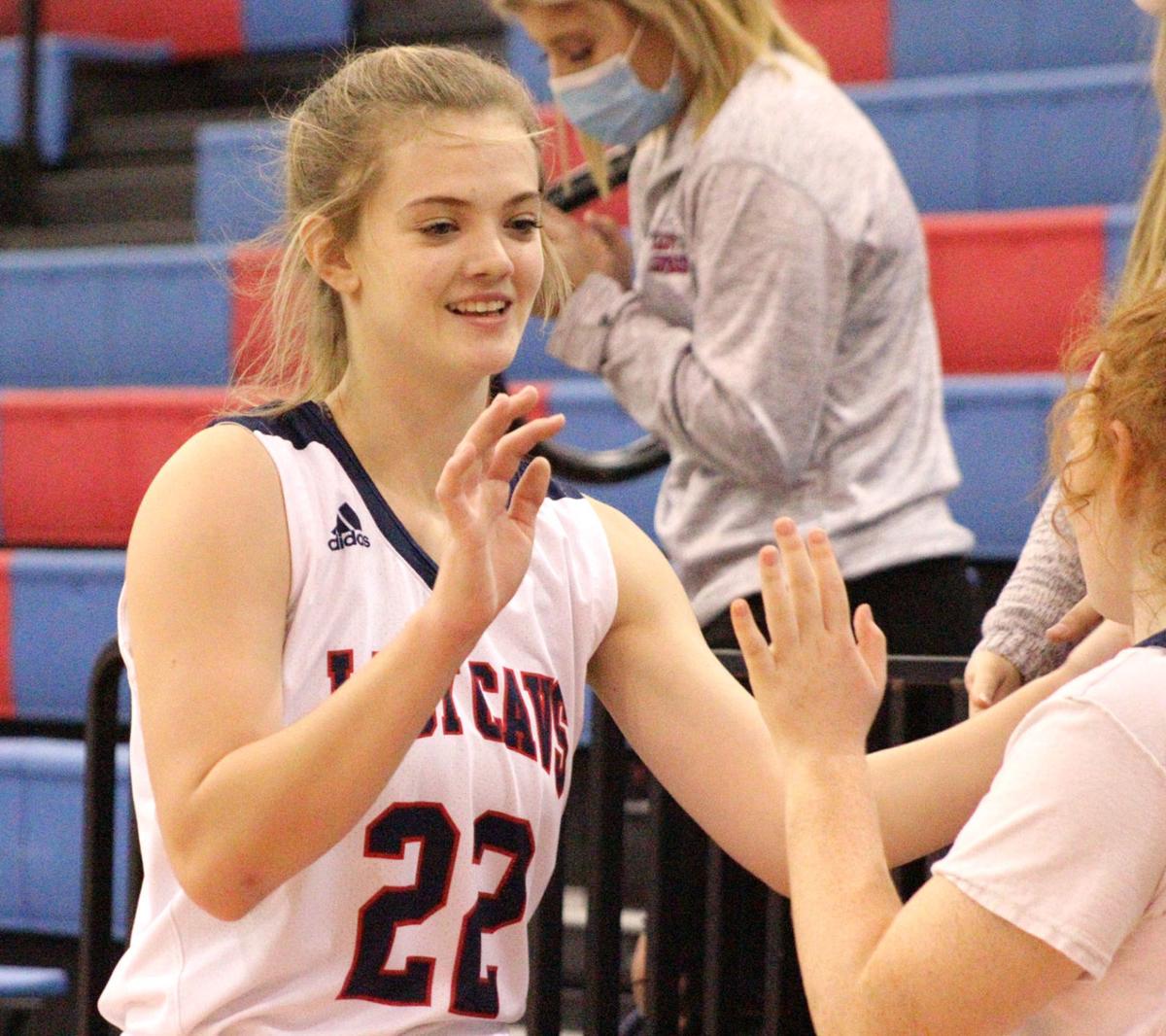 Tri-County’s Myah Alberts walks off court during a 67-37 Senior Night victory against Attica on Tuesday in Wolcott. 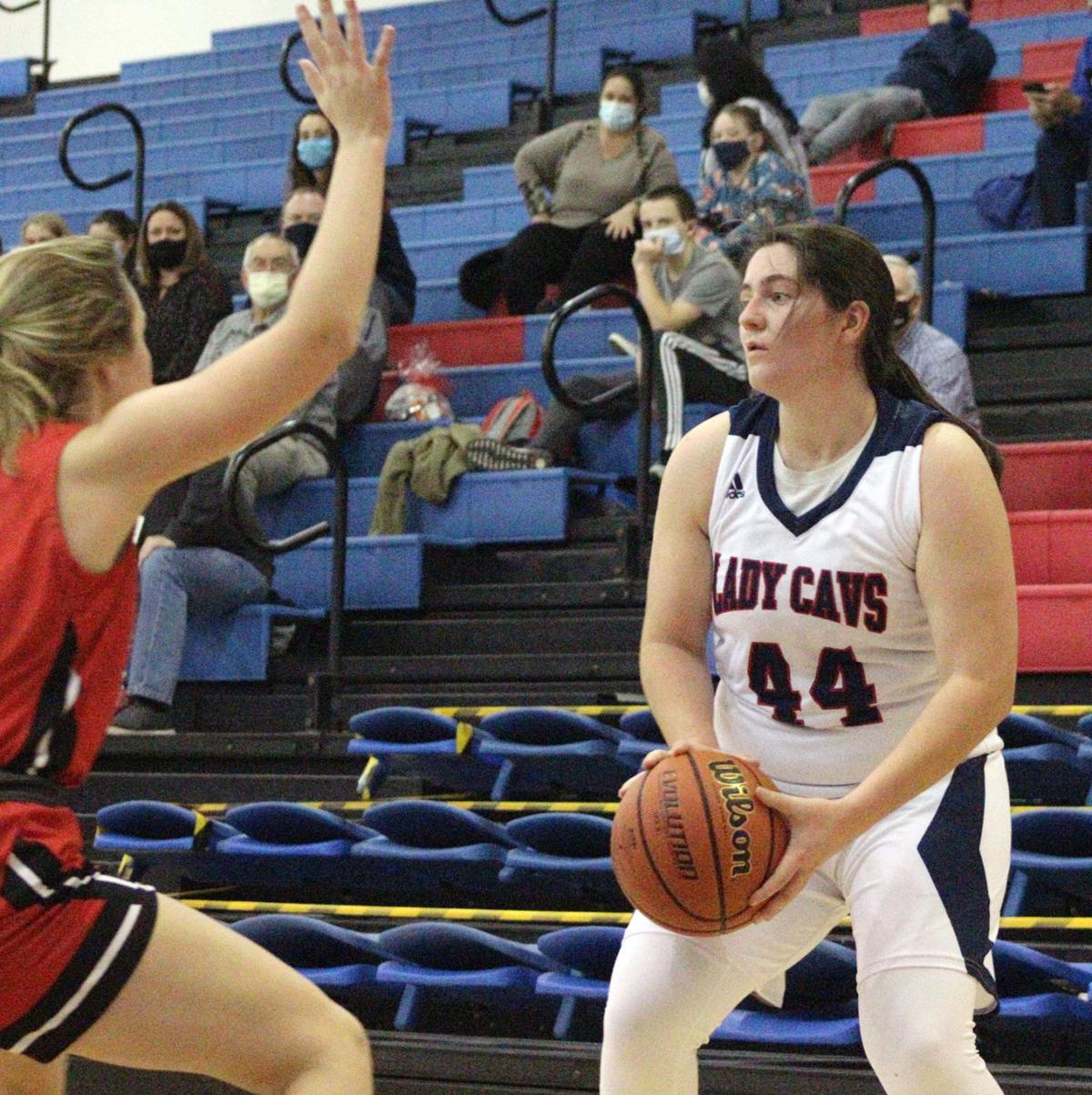 Tri-County’s Maddie Musser readies to shoot a 3-pointer during a 67-37 Senior Night victory against Attica on Tuesday in Wolcott. 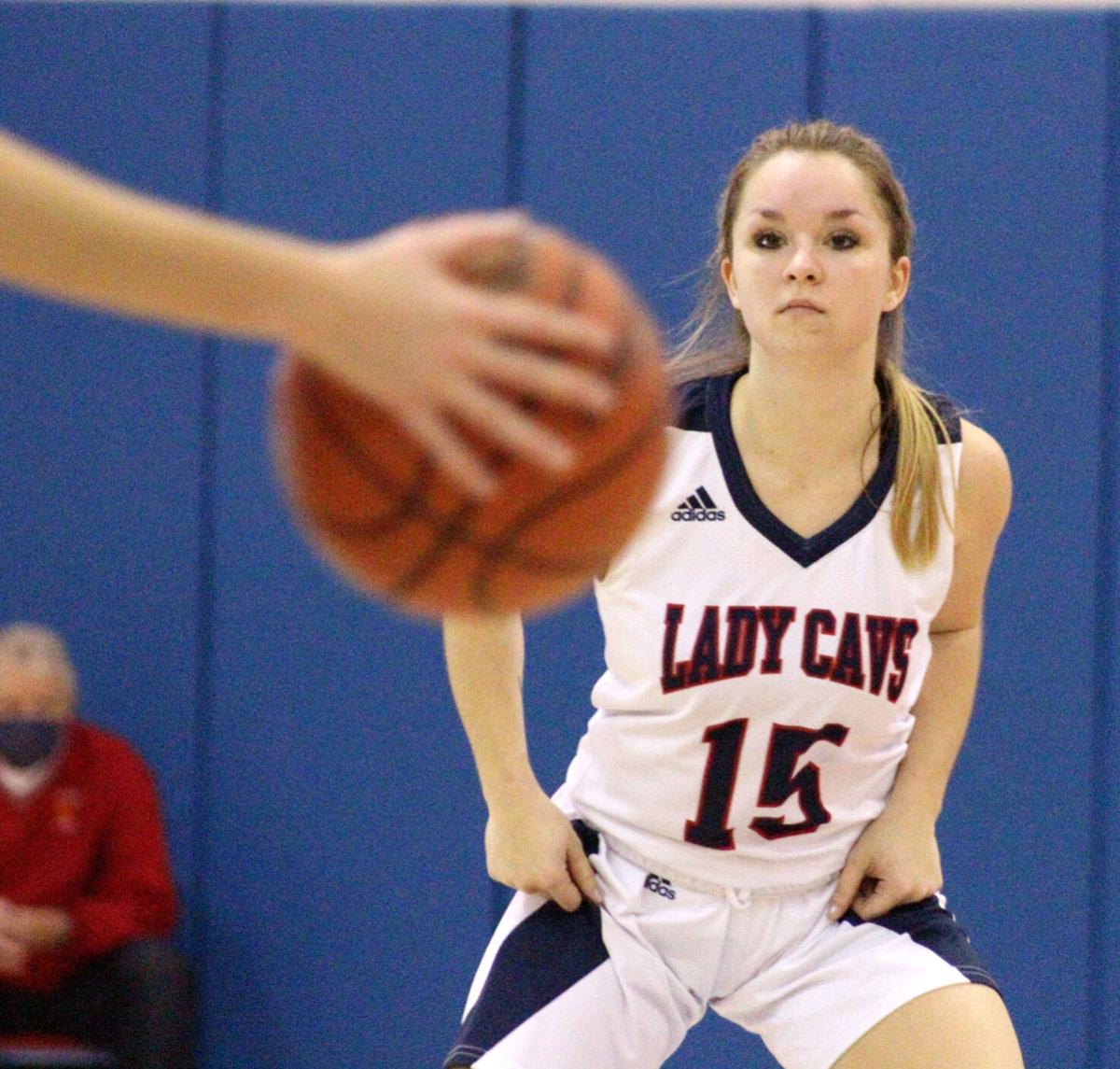 Tri-County’s Ana Martin sets up to defend during a 67-37 Senior Night victory against Attica on Tuesday in Wolcott.

Tri-County’s Myah Alberts walks off court during a 67-37 Senior Night victory against Attica on Tuesday in Wolcott.

Tri-County’s Maddie Musser readies to shoot a 3-pointer during a 67-37 Senior Night victory against Attica on Tuesday in Wolcott.

Tri-County’s Ana Martin sets up to defend during a 67-37 Senior Night victory against Attica on Tuesday in Wolcott.

WOLCOTT — Myah Alberts walked back onto the court to begin the fourth quarter Tuesday.

The senior forward was alone on the court but close to an official for a brief few seconds. He smiled at her and joked, “Now don’t foul out.”

Saddled with four fouls at the time, Alberts looked back at him and grinned: “I’m not going to.”

“It fed into it a lot,” Alberts said of the pregame ceremony. “We don’t know how many games we’re going to play.”

Added Musser: “I played it like it was my last game of the season. My skills weren’t all there but I was going to try as hard as I could.”

Tri-County already saw its first two games postponed because of the coronavirus pandemic, and will have three of its first four scheduled games cancelled before hosting North White on Saturday in a matchup put together Wednesday afternoon.

Alberts did most of her scoring early; junior Brynn Warren scored 10 of the team’s 14 fourth-quarter points and finished with 20 points herself.

“We’re pushing each other. That’s all we can ask for,” Musser said after contributing six rebounds, five steals, two assists and a block. “It gives us a good start, and we can push ourselves more. We’re not going to get down (on ourselves) because we did bad our first game.”

Tri-County jumped out to a 6-0 lead by hitting three of its first five shots and snagging a pair of offensive rebounds to keep a possession going. The advantage grew to 10-2, then 17-5 as a Musser bucket ended a six-point run.

The Ramblers (0-2) pulled within 24-14 in the second quarter, but the Cavaliers never allowed the advantage to dip into single digits. It was 34-16 after consecutive baskets from Alberts and Warren. Later, Musser sank a 3 to give her team and 41-20 halftime lead.

“We scored 40 points in a half,” Alberts marveled. Tri-County only broke 40 points nine times during last year’s 6-15 season.

“Coming from last year, games where we only had four or six points in a quarter, it’s a big improvement,” Musser sad. “I’m happy with that.”

The Cavaliers were efficient from beyond the arc (3 for 8), grabbed 34 rebounds — Autumn Ross had 13 — and balanced 17 turnovers with 17 steals. Tri-County also dished out 14 assists.

“It was a very good start,” head coach Missi Tyler said. “I’ve noticed in practice they’re seeing the floor very well, and they’re very unselfish. They’re ready to share the ball and they don’t care who scores. It was good to come out and see those things.”

Turnovers and fouls — the Cavaliers committed 19 fouls, with Alberts, Ana Martin, Ross and Warren at four apiece — are still an issue for Tyler’s club. The coach noted Tuesday’s miscues and mistakes were not because players were overly aggressive, moreso out of position. That can be worked on, but the roster only goes seven deep.

“I still feel like there were some moments where we unraveled and had a few things happen that rattled them, but we made some adjustments and battled back,” Tyler added. “We need to find a way to once we’re in control, stay in control and take care of the basketball and those things.”

“We still have a lot to work on and fix, but for the first game I think we did well,” Musser said. “We can only improve from there.”

Partly cloudy skies during the evening will give way to cloudy skies overnight. Low 26F. Winds light and variable.